CIVILIZATION
A civilization which is trade focused and is able to attain victory through the power of their economy and their naval and military prowess. Prefers coastal starts and works best on island maps.

UU: Numidian Cavalry
Unique unit which is unlocked at Early Empire. Ignores terrain costs from hills and causes additional damage when attacking. Must be purchased with Gold.

UB: Miat
Unique building that is unlocked at Political Philosophy. Limit of one in the empire. Provides +2 Culture, +2 Science, +2 Gold +2 Influence with city-states. 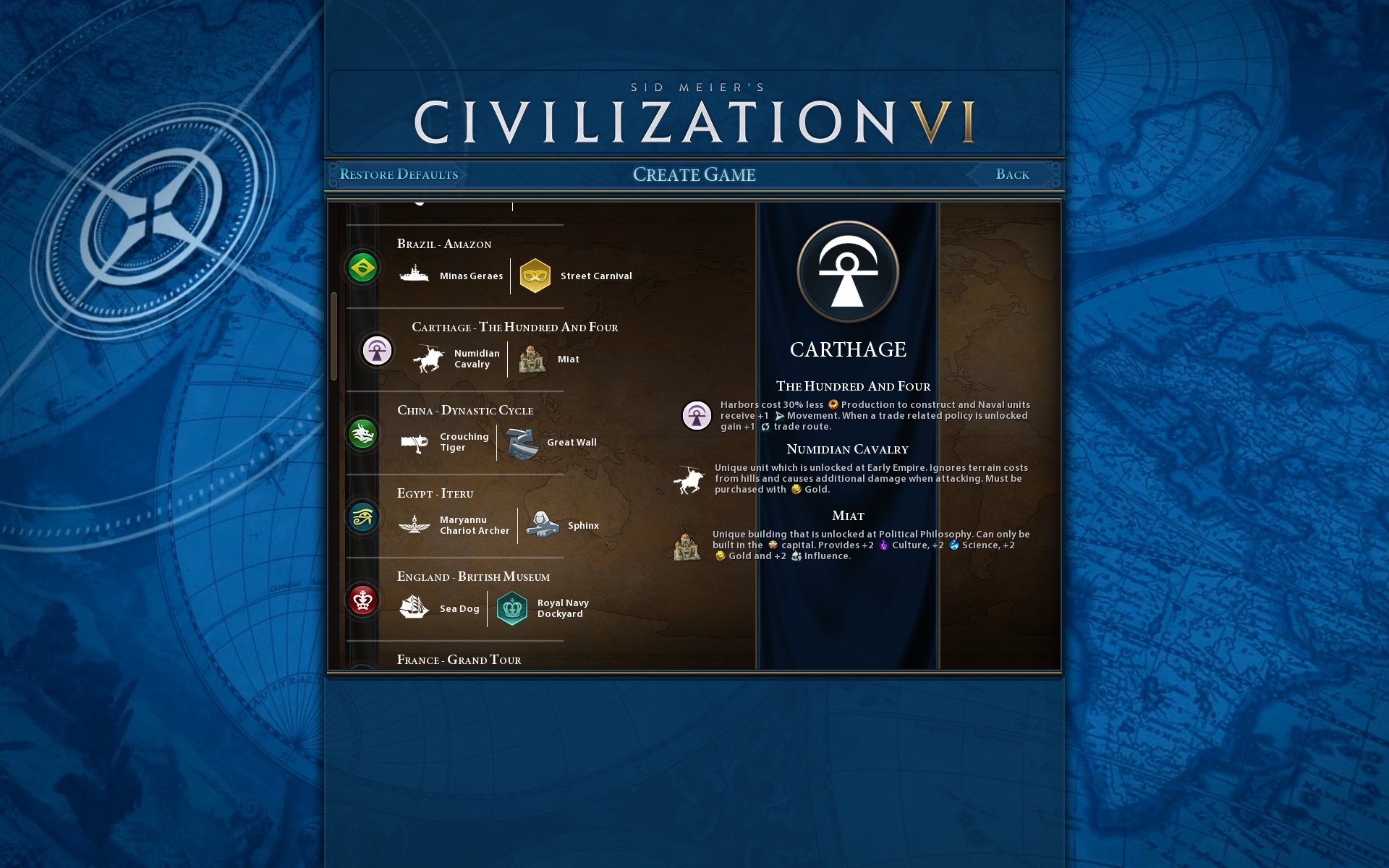 LEADER: DIDO
A leader more focused on the economy and culture than war. Can quickly build large trading empires and can race through the civics tree early thanks to her culture bonus.

LA: Jewel of Antiquity
Luxury resources provide +1 Culture and +1 Gold, increasing to +3 when Economics is researched. When a Harbor district is constructed receive a free trader. 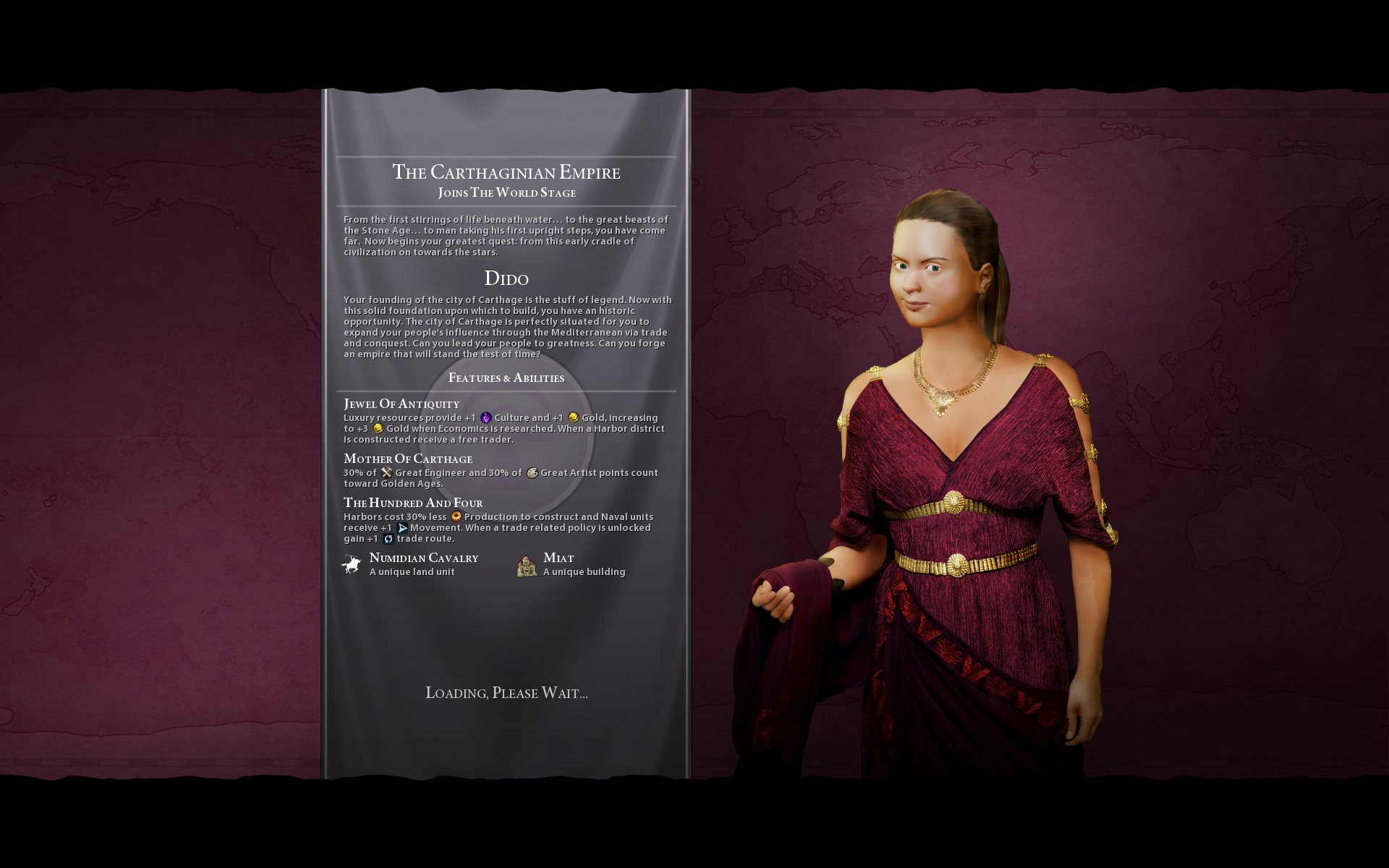 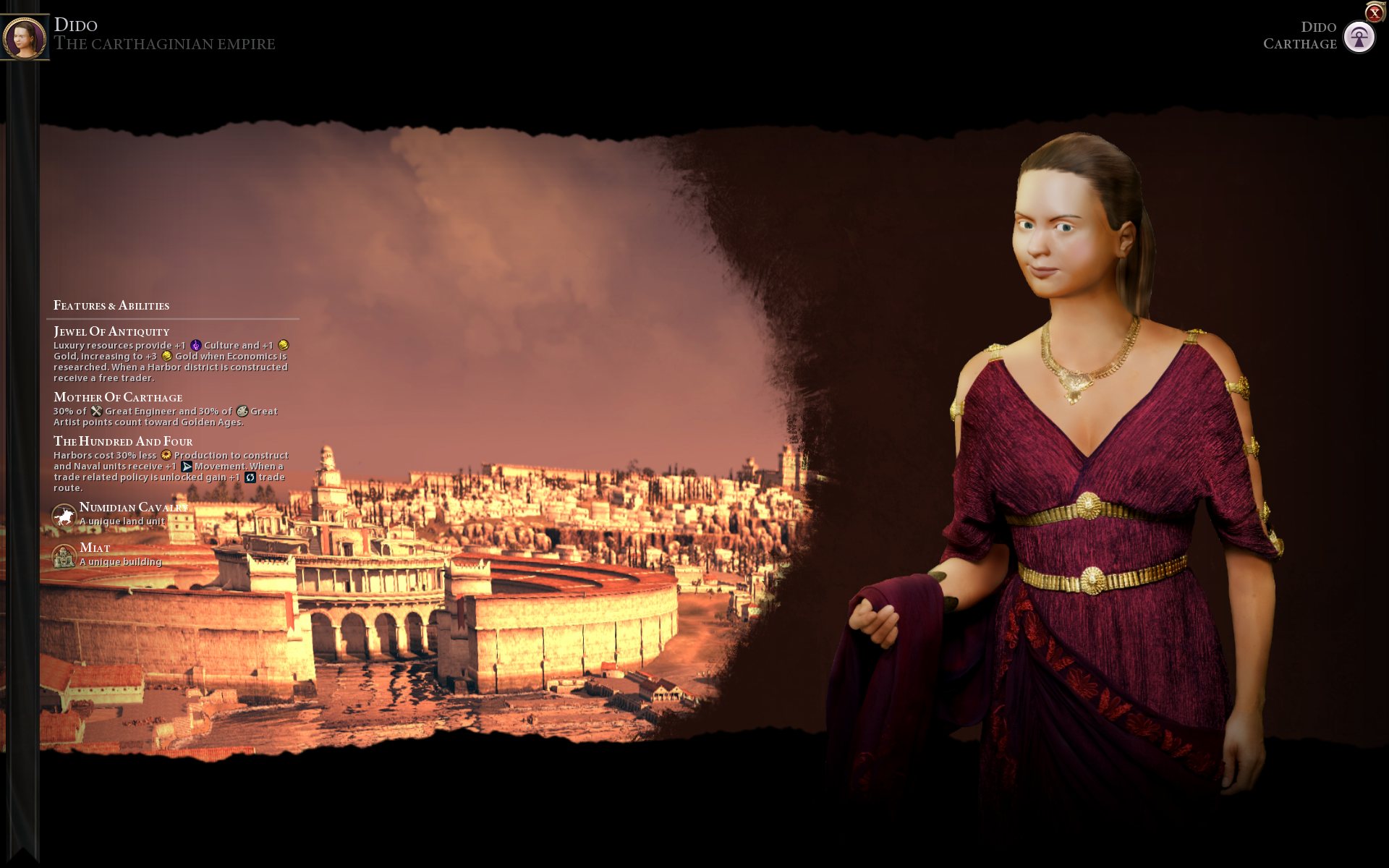 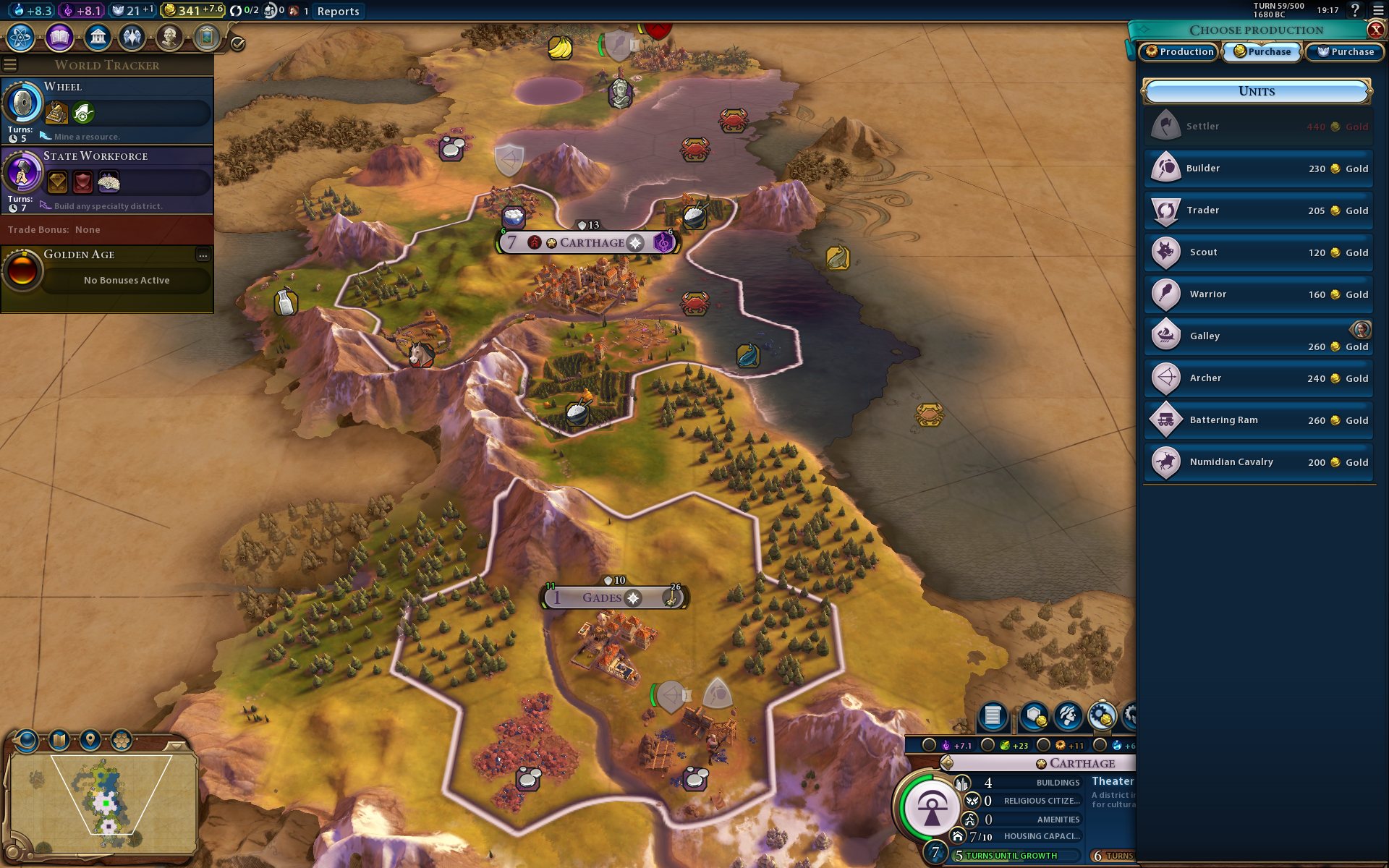 LEADER: HANNO I
Hanno is focused on early scientific progress and naval superiority. The early free naval units allow for Carthage to rule the seas into the mid game.

LA: The Great Navigator
Sea resources gain +1 Production and +1 Science, increasing to +2 Science when Scientific Theory is researched. When you research a pre-industrial naval technology, gain a free unit of the type unlocked in the capital. Unlocks the Quinquereme unit when Celestial Navigation is researched.

LUU: Quinquereme
Unique unit which is unlocked at Celestial Navigation. Has increased strength and movement, and can move after attacking. 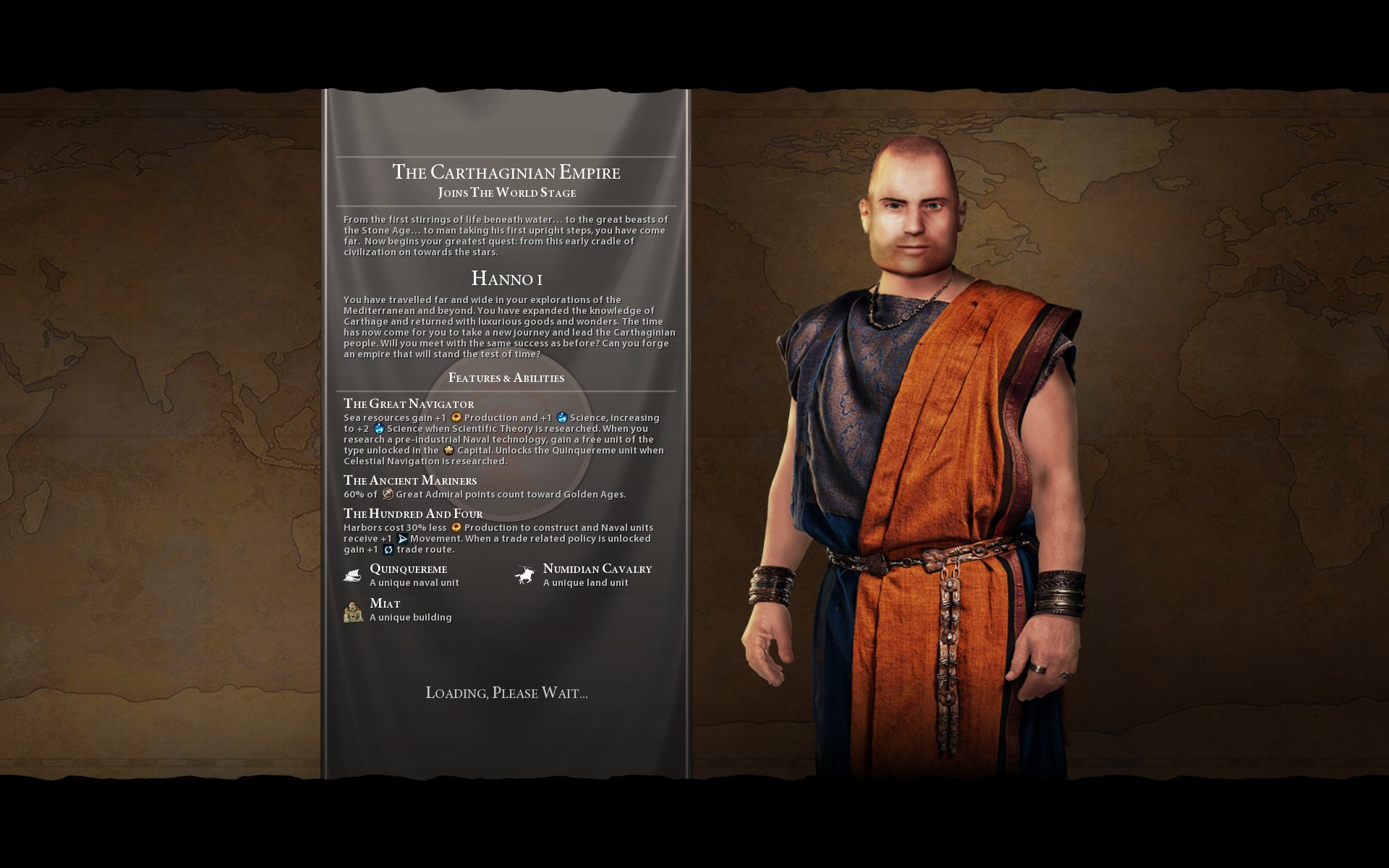 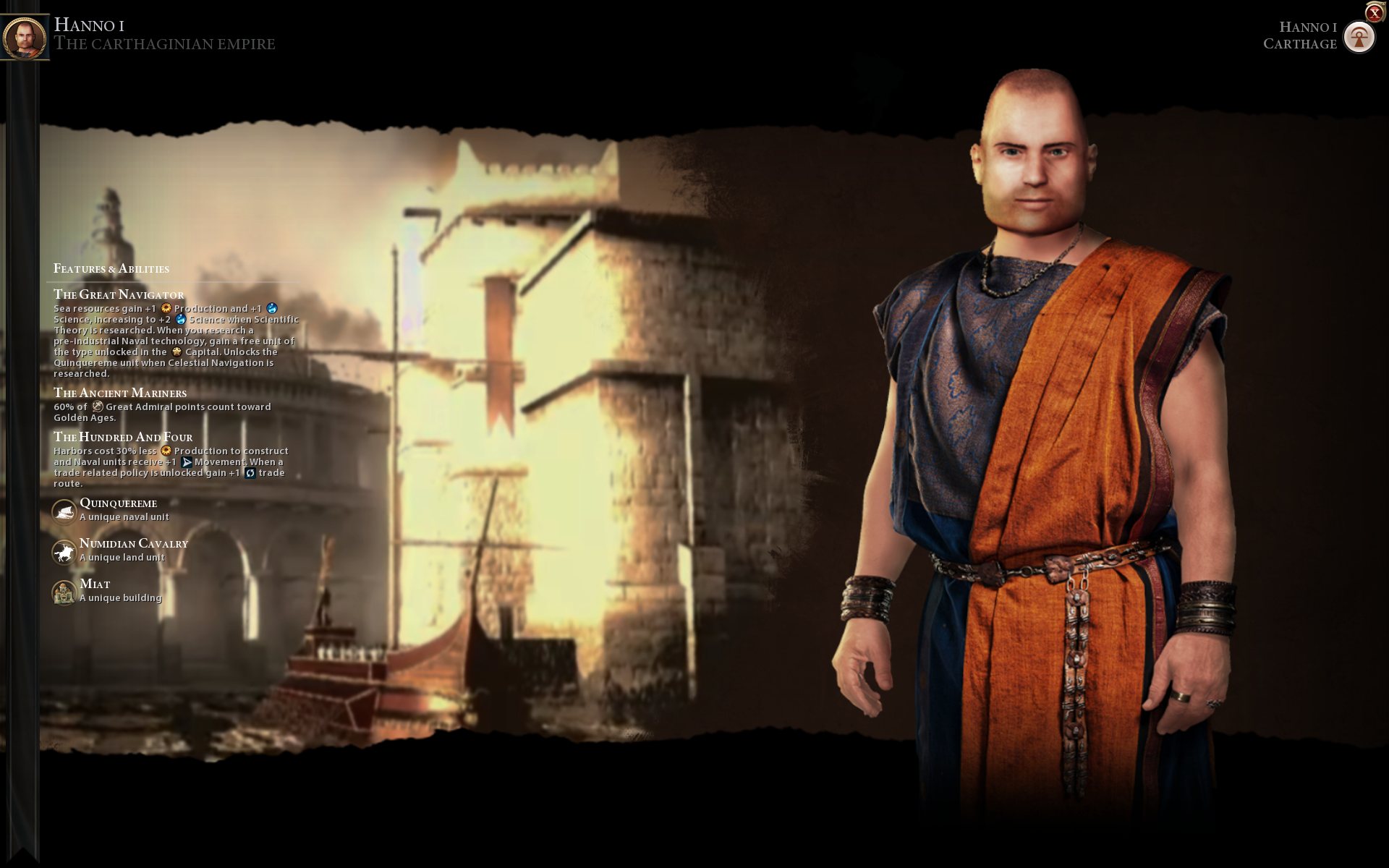 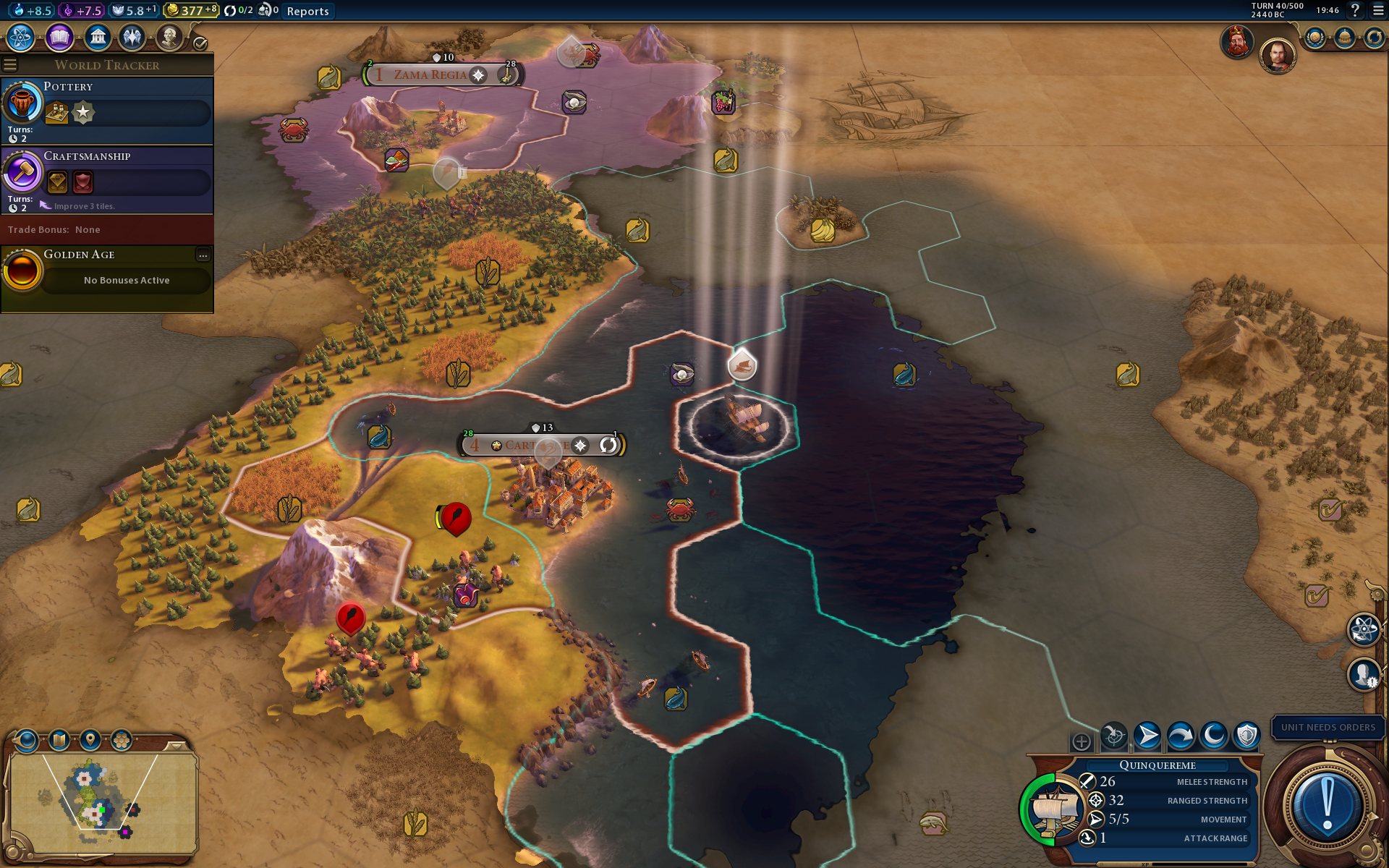 LEADER: HASDRUBAL I
Hasdrubal is all about war. With his discount on the purchase of military land units and his extra military policy slot he is a position to quickly eliminate his enemies once his trade economy is up and running. 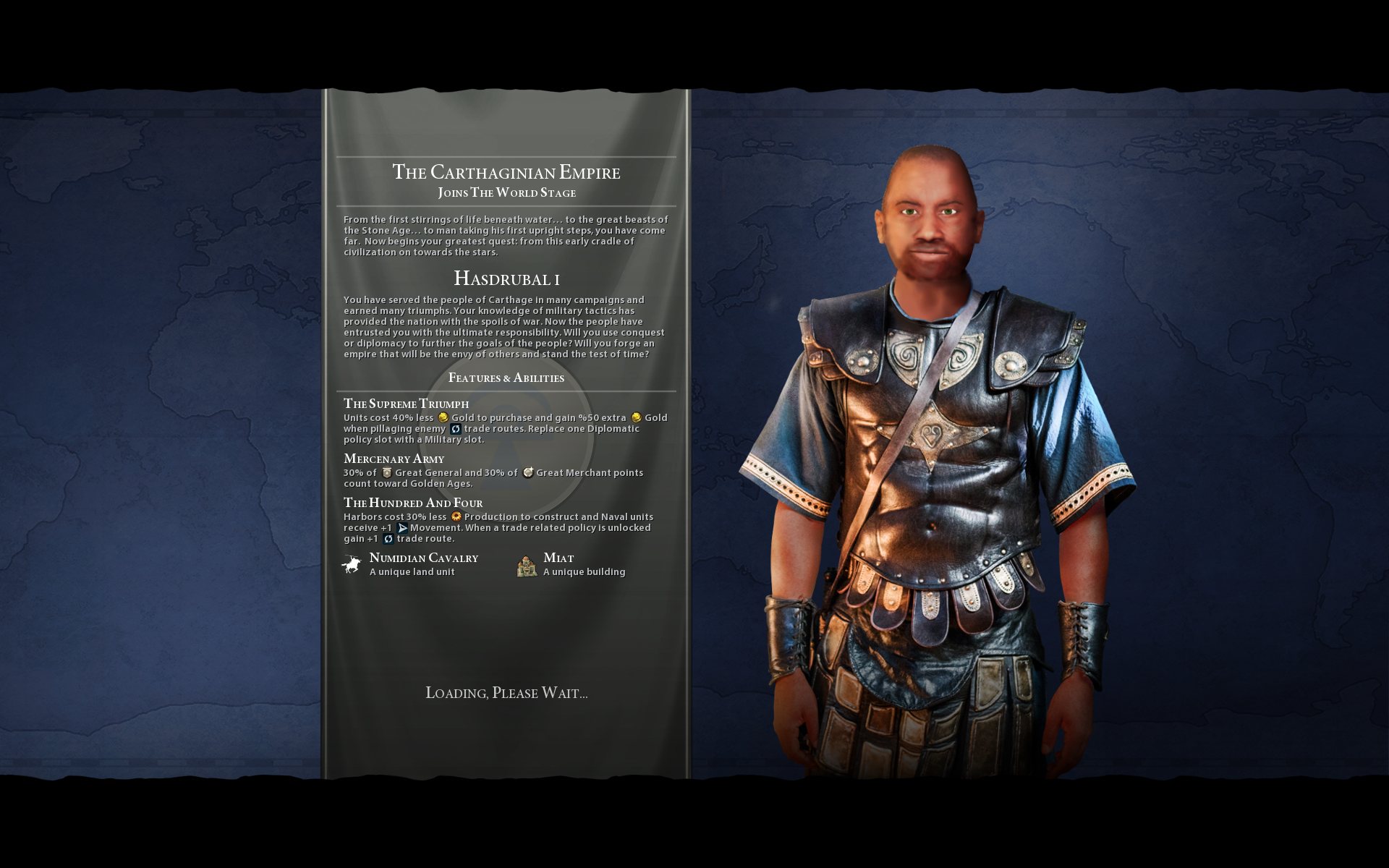 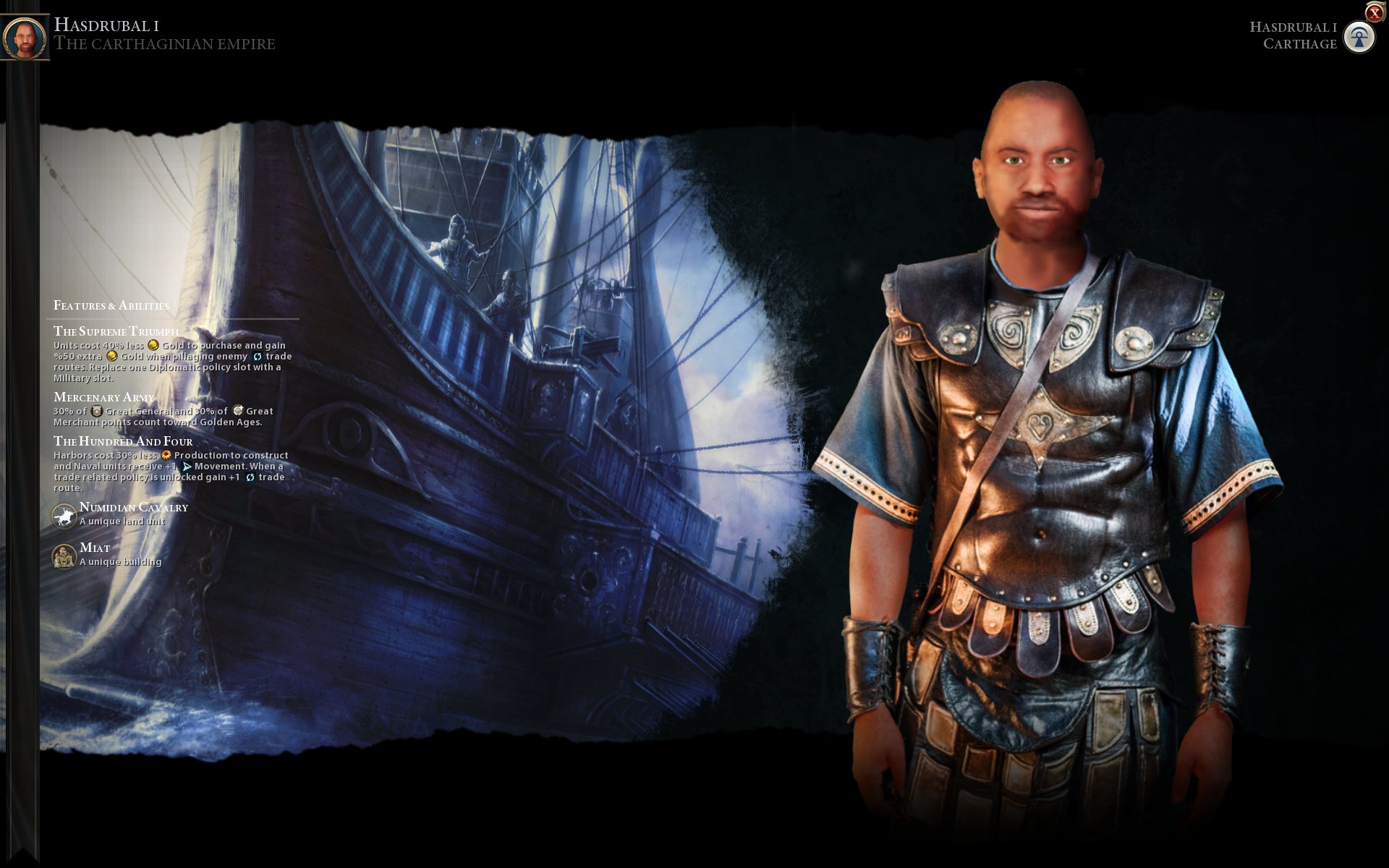 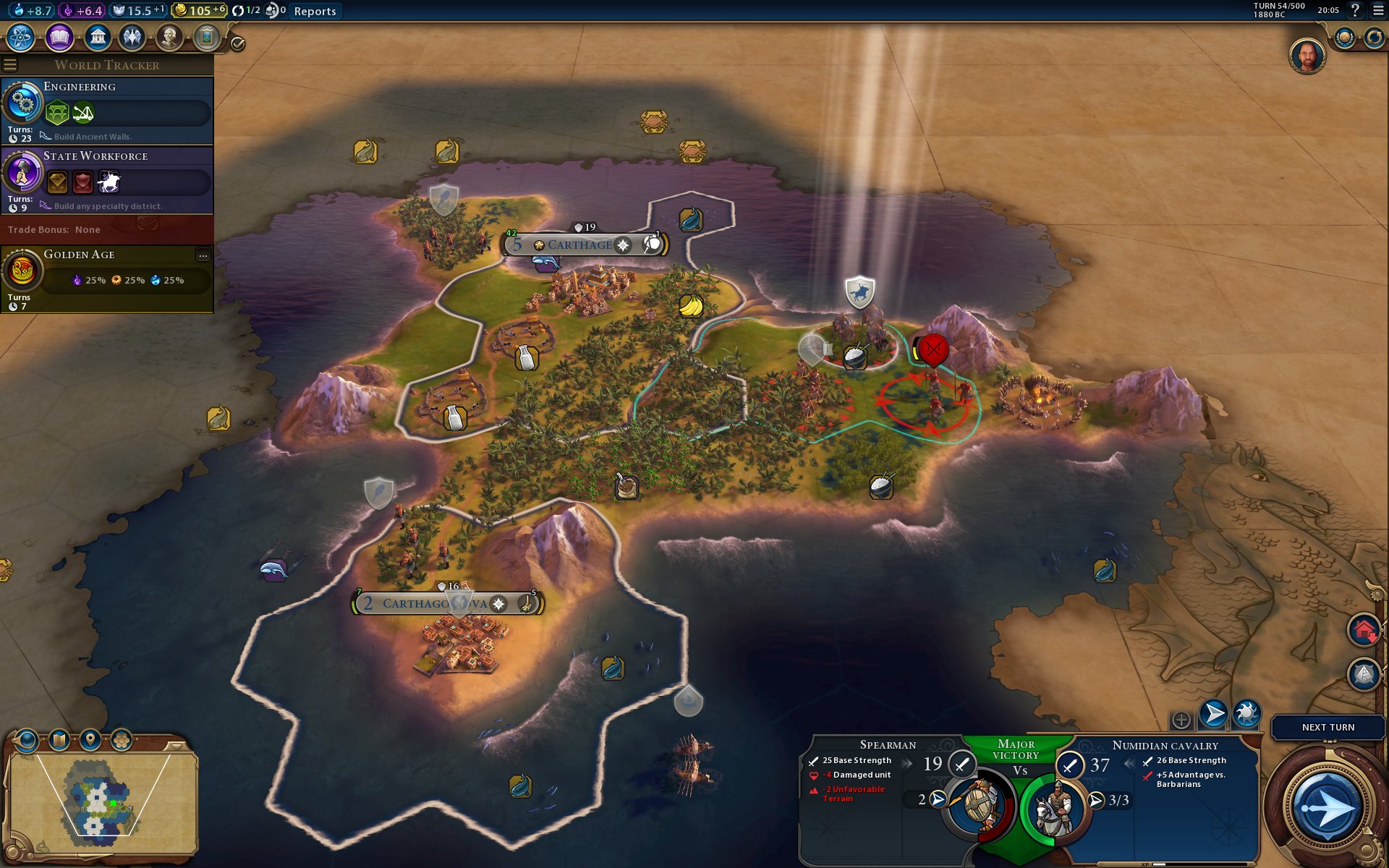 NOTES
* If you have Toussaint's Carthage installed it would be a good idea to disable it to avoid any possible conflicts.
* Compatible with the YNAEMP mod and has true starting locations for the three Earth maps and the Europe map.
* Existing Carthage city-state has been renamed to Syracuse and it's position in the YNAEMP maps has been moved slightly.
* Currently uses Egypt music tracks until such time that I can create custom music and add it to the game.
* Supports Historic Moments for unique units and building using existing artwork from the expansion.