The AIs love to built those beasts and they even can bring them sometimes in dangerous numbers to the front - but what does it help, if in the end they miss out taking the cities they bombed down with them, because they don't used them to deal the final blow? 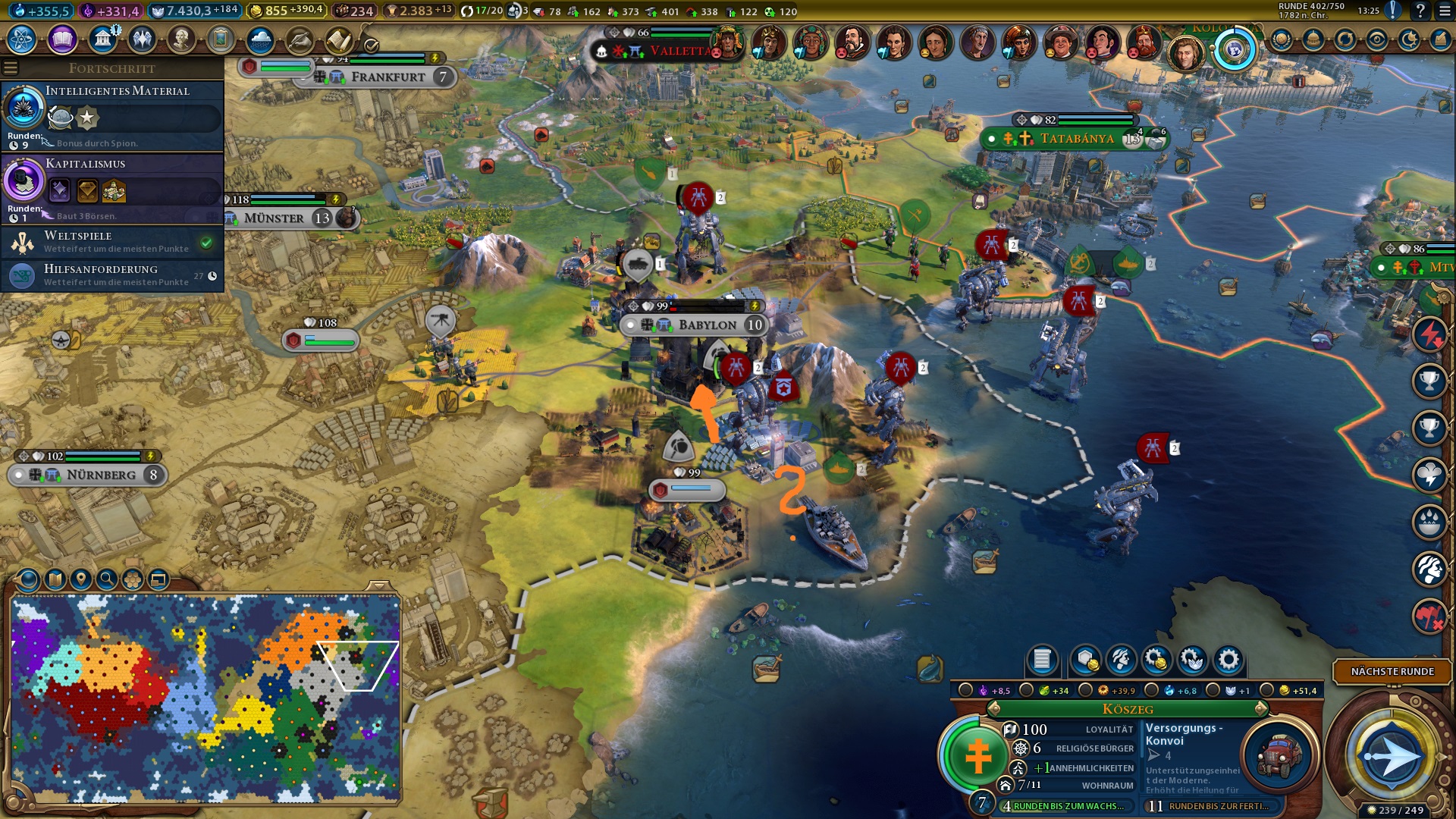 Believe it or not - end the turn and Bismarch still occupies Babylon: 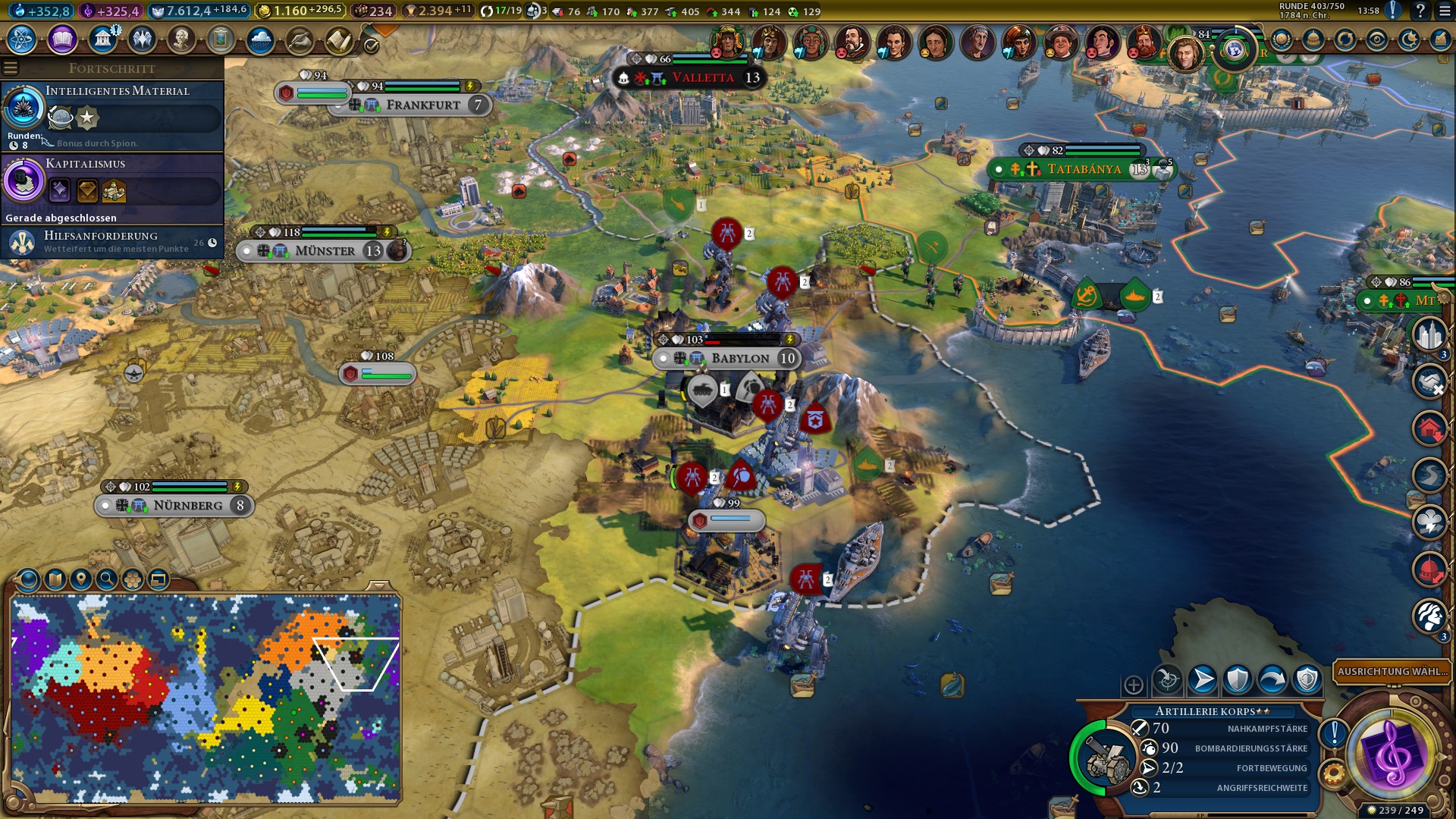 I know that the AI works with a concept of unit task forces of ranged/melee/siege forces and probably assigns certain "roles" to certain units - but could that maybe lifted for GDRs? I mean...those guys are supposed to roll over the battlefield and cities alone...so I think it would be very beneficial to allow to the AI a team of them with the "creative freedom" to do what they can, including melee attacks. Even if some should get sacrificed that way the result would be much more devastating, if they just run around with them and only range-strike - because then sooner or later attrition will kill them.


To reproduce with the attached save:

1. See front situation around Babylon and Gorgo being comfortably able to take city in the next interturn - the GDR standing SE of Babylon would just have to make a melee attack (intended move marked with orange arrow) in the first pic
2. End turn and see Gorgo bringing more GDRs to the sceen and doing everything with them, just not taking Babylon
(3. You might continue for a few turns and see that this behaviour will not change)

This isn't just with GDRs -- I see this quite often with the AI where they beat one of my cities to a pulp, but will not take it although they have melee units that can take it. I often think this is because the AI is not wanting to take the city due to the weariness or some other factor.....it is annoying as heck as if there was a fear of losing more than 1 city, I would have to play better defence!
You must log in or register to reply here.

(3-NS) Some changes to autocracy

A
[PYTHON] Bizarre attack behavior in Neoteric World. It does not contain a "CvUnitAI.cpp" for me to inspect.