30 years Civ - all the little things you didn't know

alexman was one of the most prolific posters in the Civ3 days, digging very deeply into some of the game's mechanics, and optimizing his strategies. He got hired at Firaxis as probably one of the first people in the industry to make the transition from community to dev, certainly the first in Civ. So Alex was on the programming team for Civ4, and then led the design work for both expansions as Soren moved on, and today of course Alex is working on Old World.

Jon Shafer was known as Trip back in the day, and was very active on Apolyton. He modded Civ3 and was one of the community members hand-picked by Soren to join the Civ4 playtest group (and I think this group, as it started then, has been a pivotal moment for Civ). Jon did some great work on the in-development Civ4 and really explored the modding system, so he got an internship at Firaxis and later joined full-time, working with Alex on both Civ4 expansions and then getting the privilege of being Civ5's lead designer.
Click to expand...

Ah.... I vaguely remember that about Jon Shafer.

You mind if I nearly C&P this into the OP

By all means go ahead, this is info to be shared with the community!
Solver

I can kill you whenever I please... but not today - The Cigarette Smoking Man

Thanks, added as a small section directly below the beta-testers part

Here's to 30 years, and to 30 more!
Nations reel and stagger on their way; they make hideous mistakes; they commit frightful wrongs; they do great and beautiful things. And shall we not best guide humanity by telling the truth about all this, so far as the truth is ascertainable?-W.E.B. Du Bois.

Another piece of trivia: Haida civ considered for Rise and Fall https://forums.civfanatics.com/threads/r-f-almost-included-the-haida.629447/#post-15055477

I will have a deeper look later

Roosevelt and Seondeok had a totally different face after fans didnt like the initial impressions.

In promo pictures Civ 5's Wu Zetian had a huge busty chest pre-release but it was reduced for release.

Calm as a Coma

I've still got my Amiga Civ floppy disks. Such a good game.
I can remember having to use a hex editor and then DPaint to edit game terrain maps back then. And you could use a cold memory peeking tool to see what the maps looked like in the game you were just playing. (You'd reboot during a game, bang in the memory peeker util, then scroll over to the memory location where the game map files were). 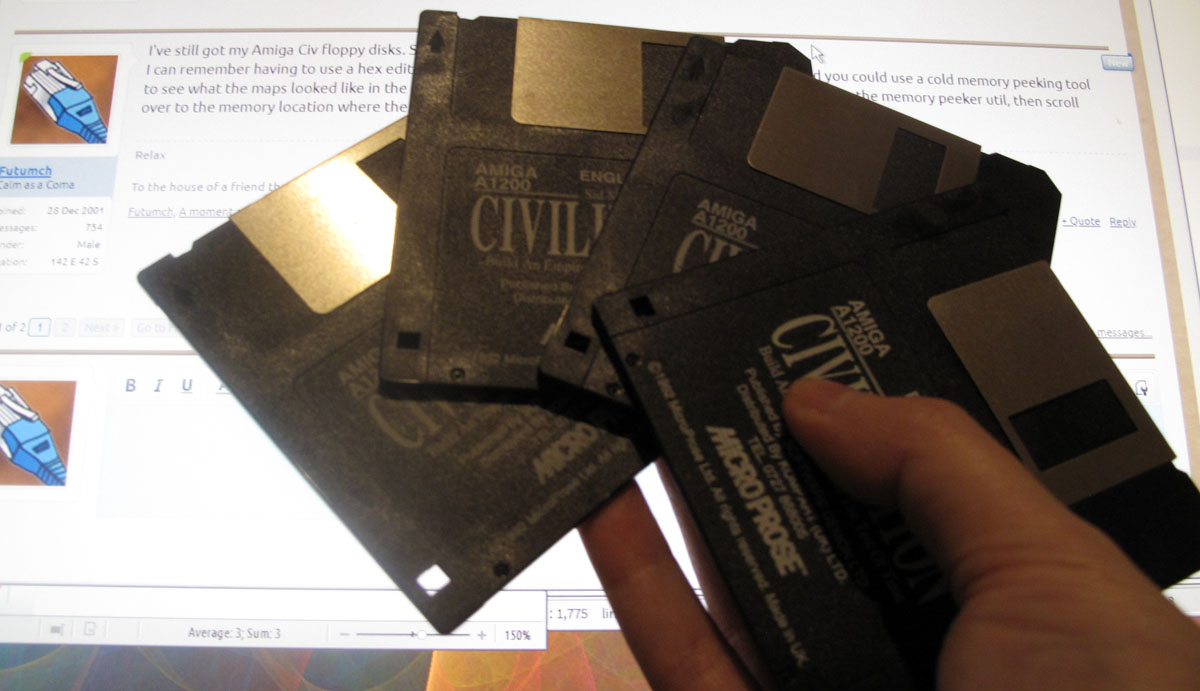 To the house of a friend the road is never long.

There's actually more unused content in civ 5 - I found a cool game debugging website so that's where I found it from: here's what I found
in Assets/Leaders/Incan_Pachacuti/05_Placeholder there is a placeholder for pachacuti, signifying that his design was supposed to be different from the one in-game.
in Assets/Leaders/Spain_Isabella/05_Placeholder is also a placholder for Isabella, looking fairly similar to the one in-game.
in Assets/UI/Logitech are graphics for Logitech in-game keyboards. They were made during the vanilla civ 5 production, but forgotten after the G&K and BNW DLC.
that's all I have to add, but that was a nice little read. I never knew that civ 5 had an april fools extreme diplomacy mode! That's hilarious

mdl5000 said:
I like how the faces on the Civ board game are basically ripped from Fall of the Roman Empire with Alec Guinness and Stephen Boyd.
Click to expand...

This Hollywood version is the second edition released by US wargaming giant Avalon Hill in 1982.

In Europe was the older Gibson edition widespread: 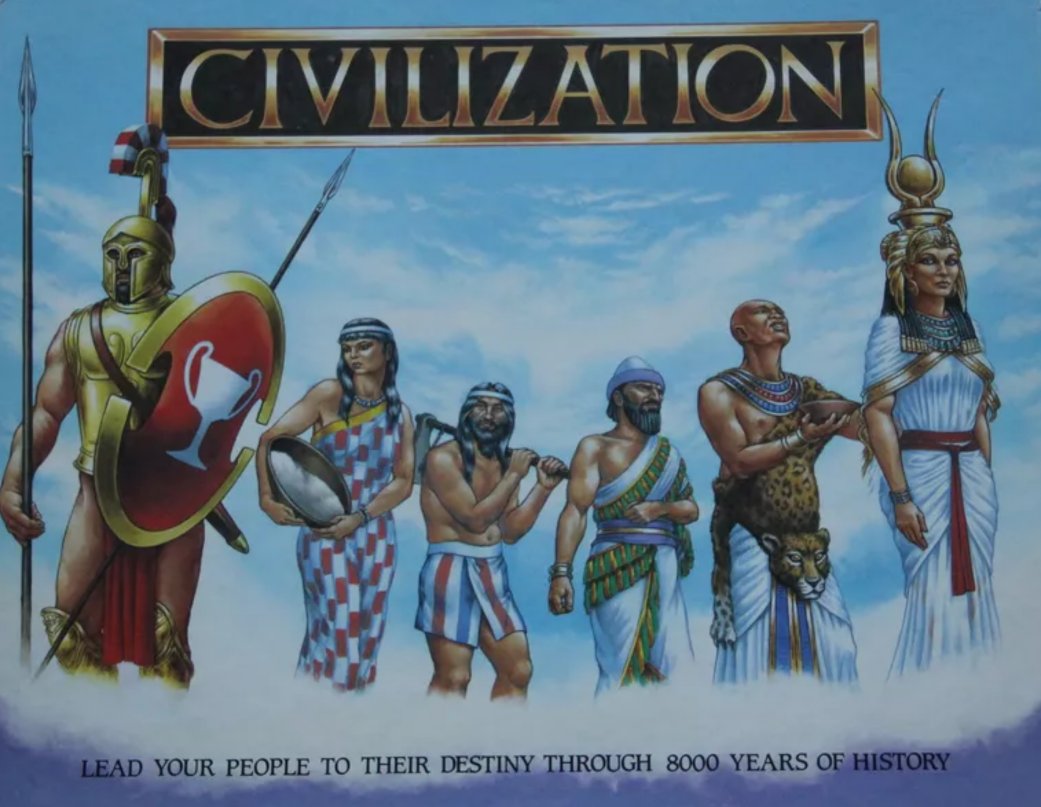 The original Civilization was released by Francis Tresham’s own board game company Hartland Trefoil in UK, 1980: 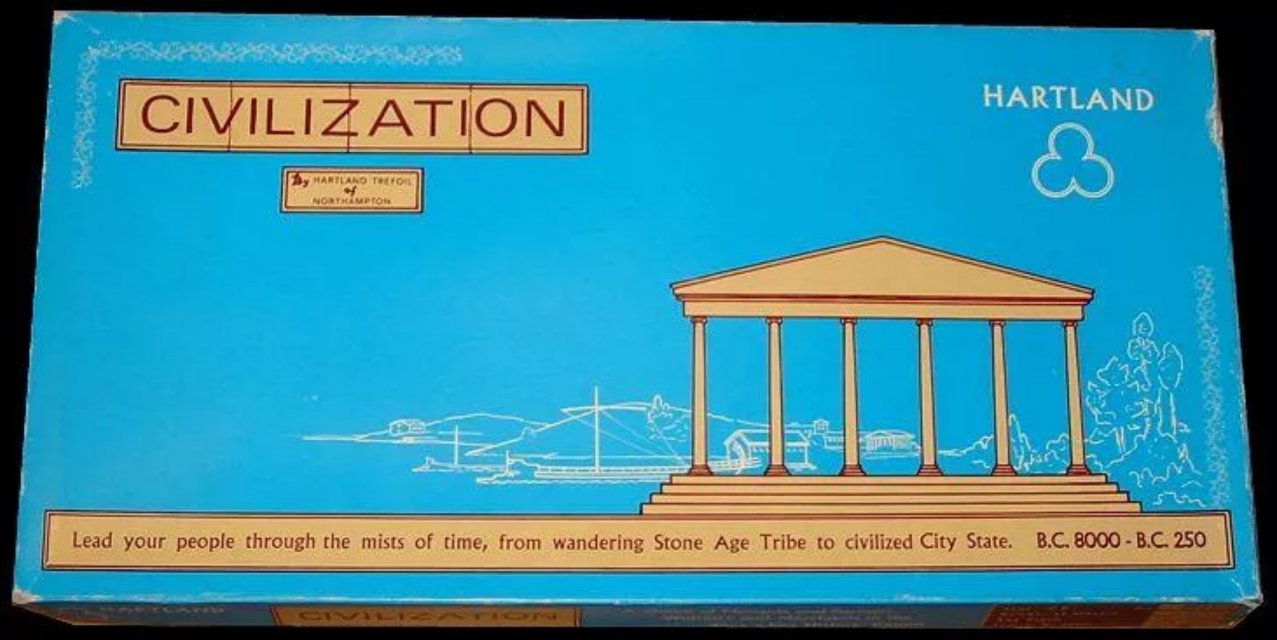 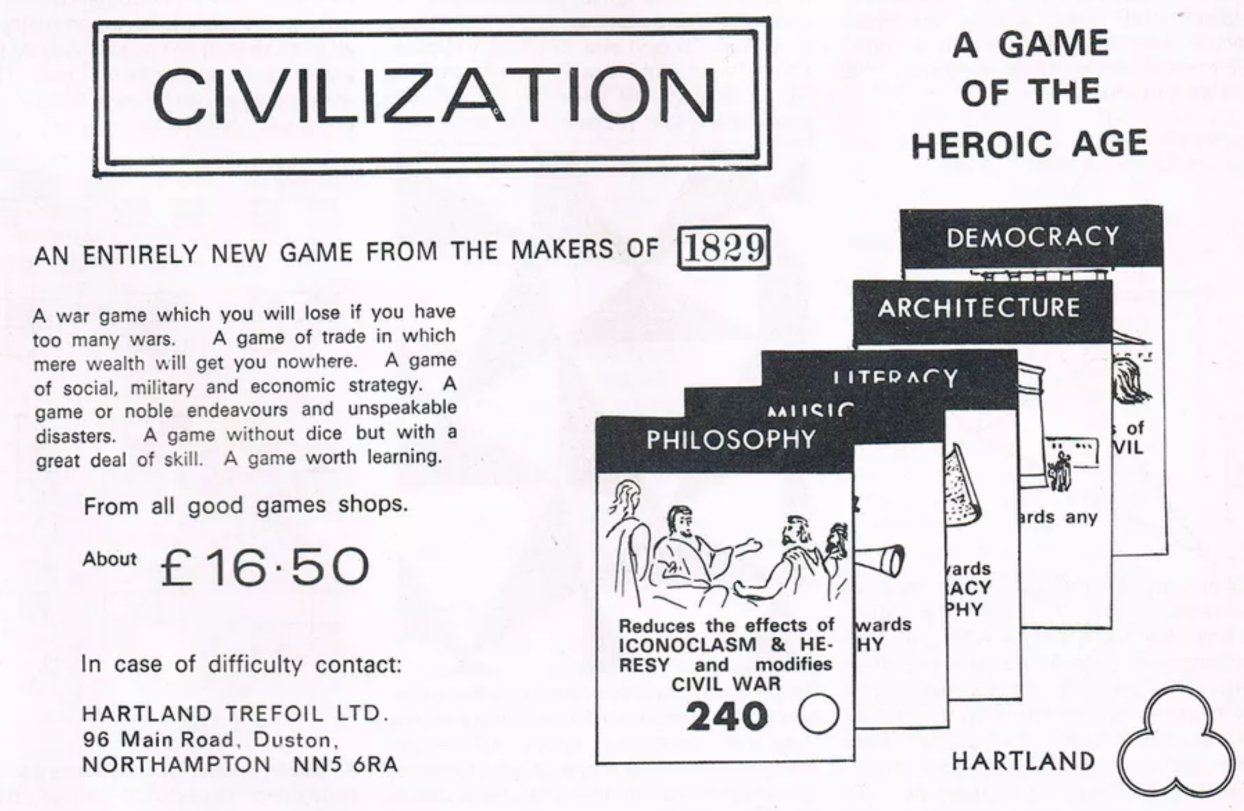 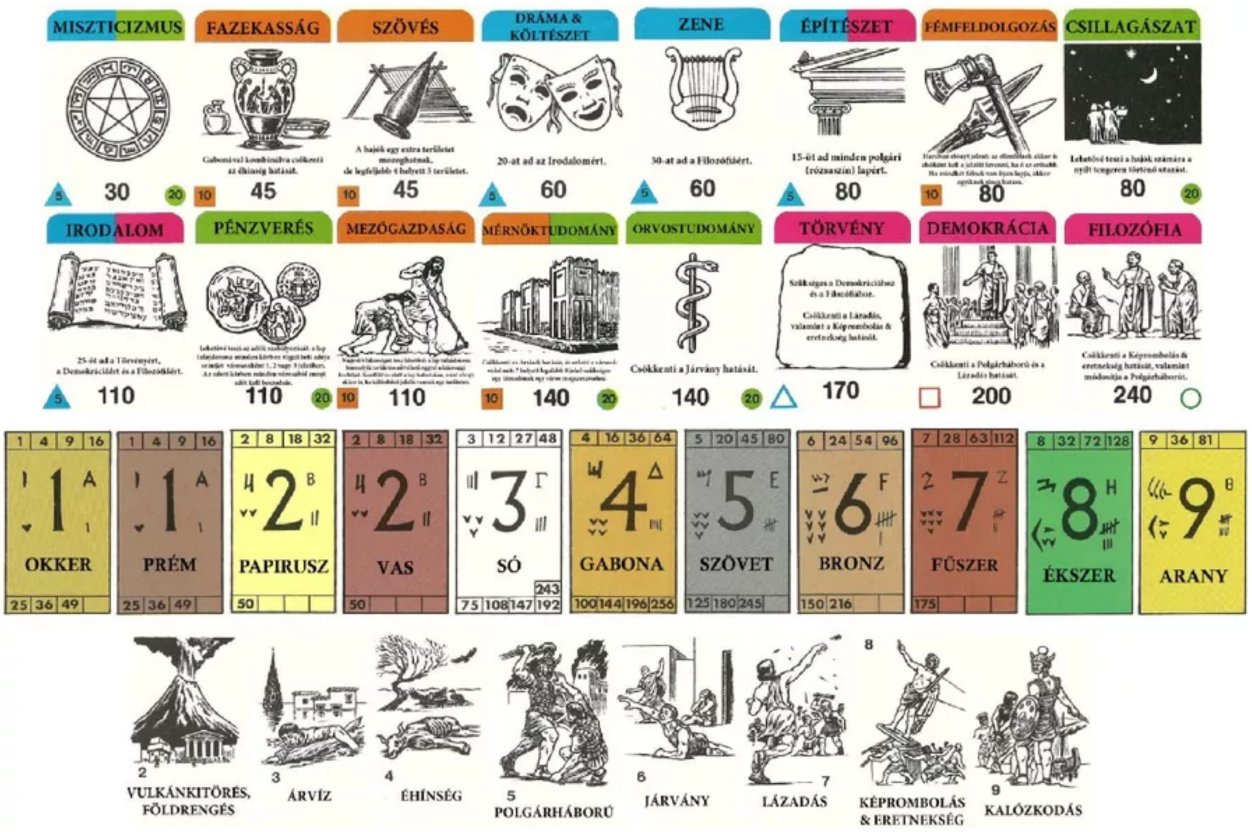 necessary winning points (depending on civ): 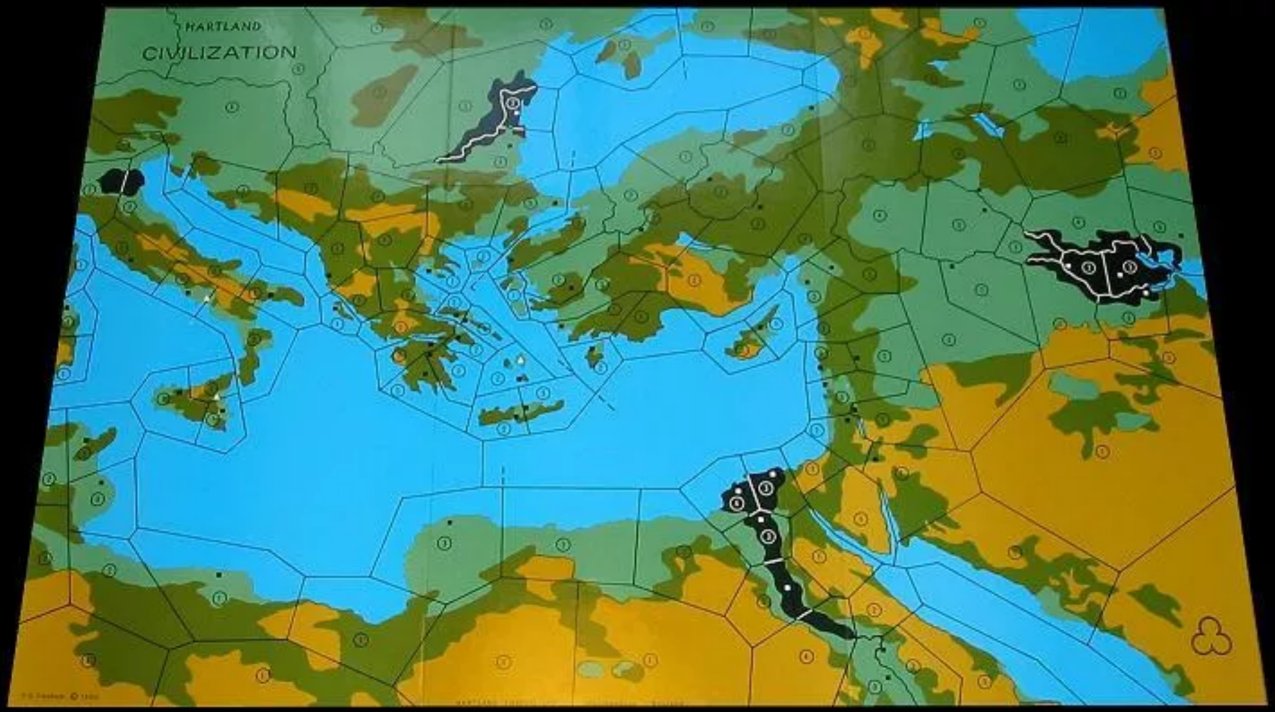 units and cities on the map: 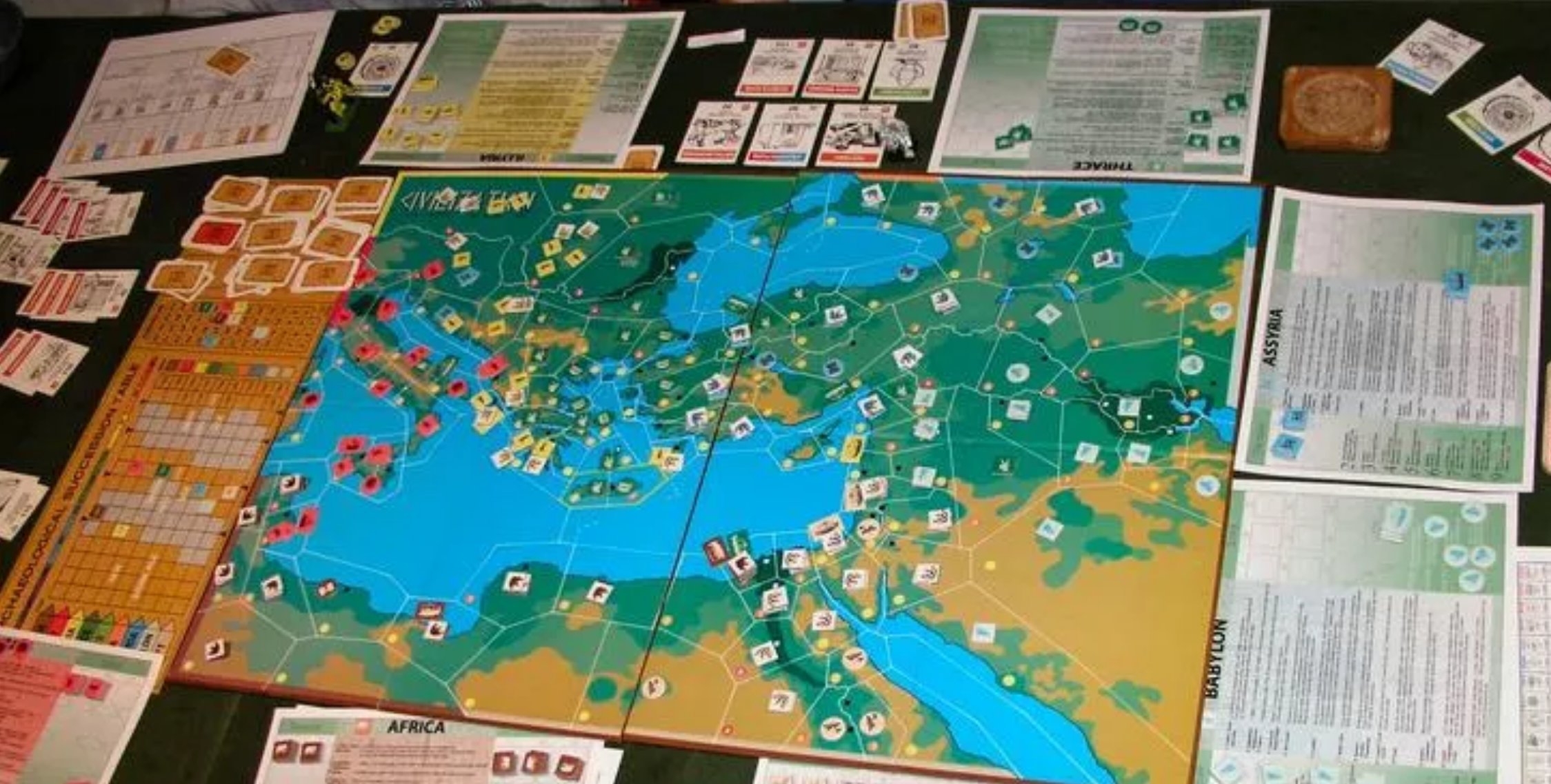 A war game which you will lose if you have too many wars.
A game of trade in which mere wealth will get you nowhere.
A game of social, military and economic strategy.
A game of noble endevours and unspeakable disasters.

Well I love nearly all the music in the Civ series... except Baba Yetu.

Oh I didn't mind it to start with. Then it really started to get on my nerves. So much so that I had to press mute straight away whenever it piped up. So no, we don't all love Baba Yetu!
You must log in or register to reply here.

PolyCast 399: We Play Other Games, Too

PolyCast 406: It's A Lot Better Than Watergate