Sometimes things go right and sometimes they go wrong. In this game things went wrong immediately. The game plan called for a capitol on a river near either stone or marble plus a lux resource. Never start a game without an obvious source of commerce. Never. However, food considerations tempted me and hut luck kept me in a perpetual state of curiosity. Who wouldn't give this huge settler-level highlands map a shot? 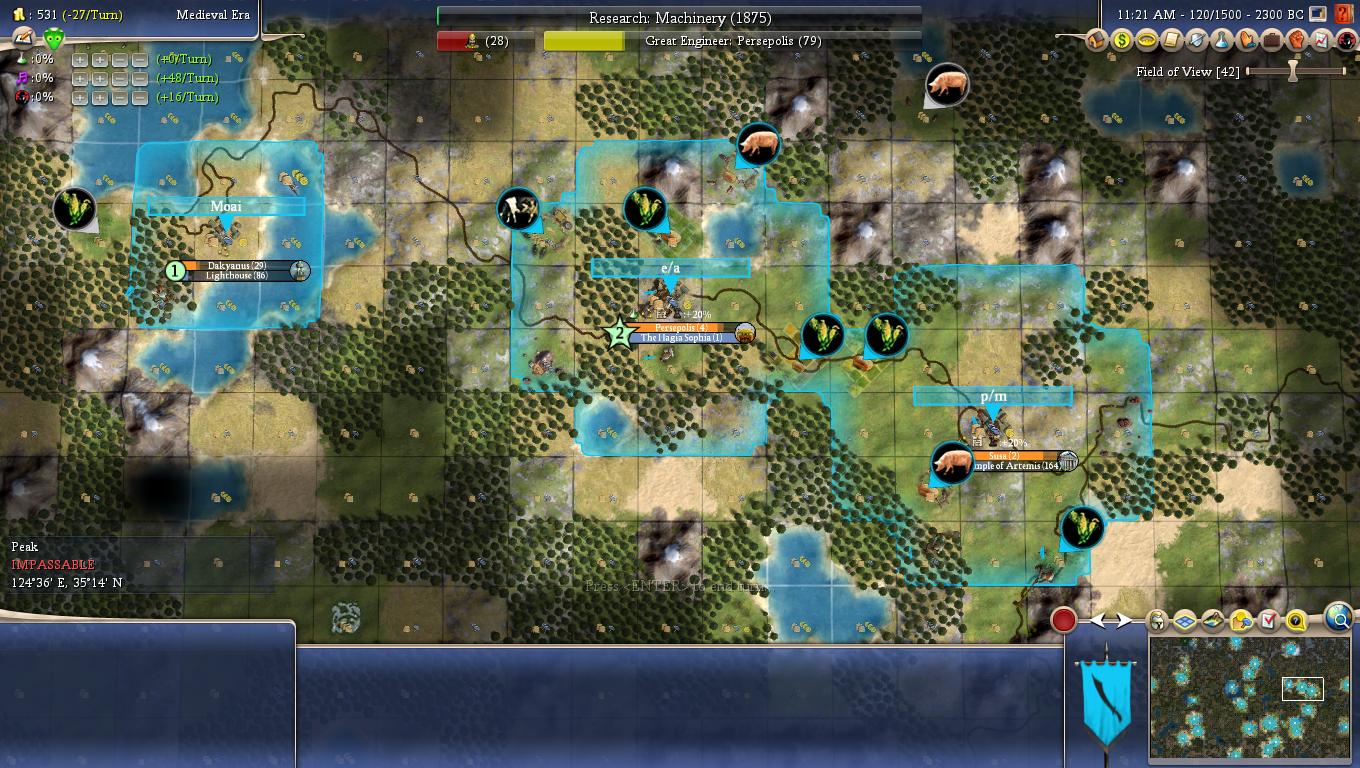 What went right was the debut pairing of engineer wonders with the National Epic. Persepolis produced 4 GPs: an engineer for Mining Inc. and 3 artists, one for a golden age and two 8k bulbs for radio. A spare engineer would have found a purpose.

RNGed! An early warrior was upgraded to an axe and then lost to a city warrior at better than 95% odds. This prompted an emergency evaluation of the conquest plan. What resulted was the invention of the Immortal Worker Steal. Another unit could fight city warriors. Immortals would be relegated to stealing workers. Please forgive the complex nature of the following screenshot. 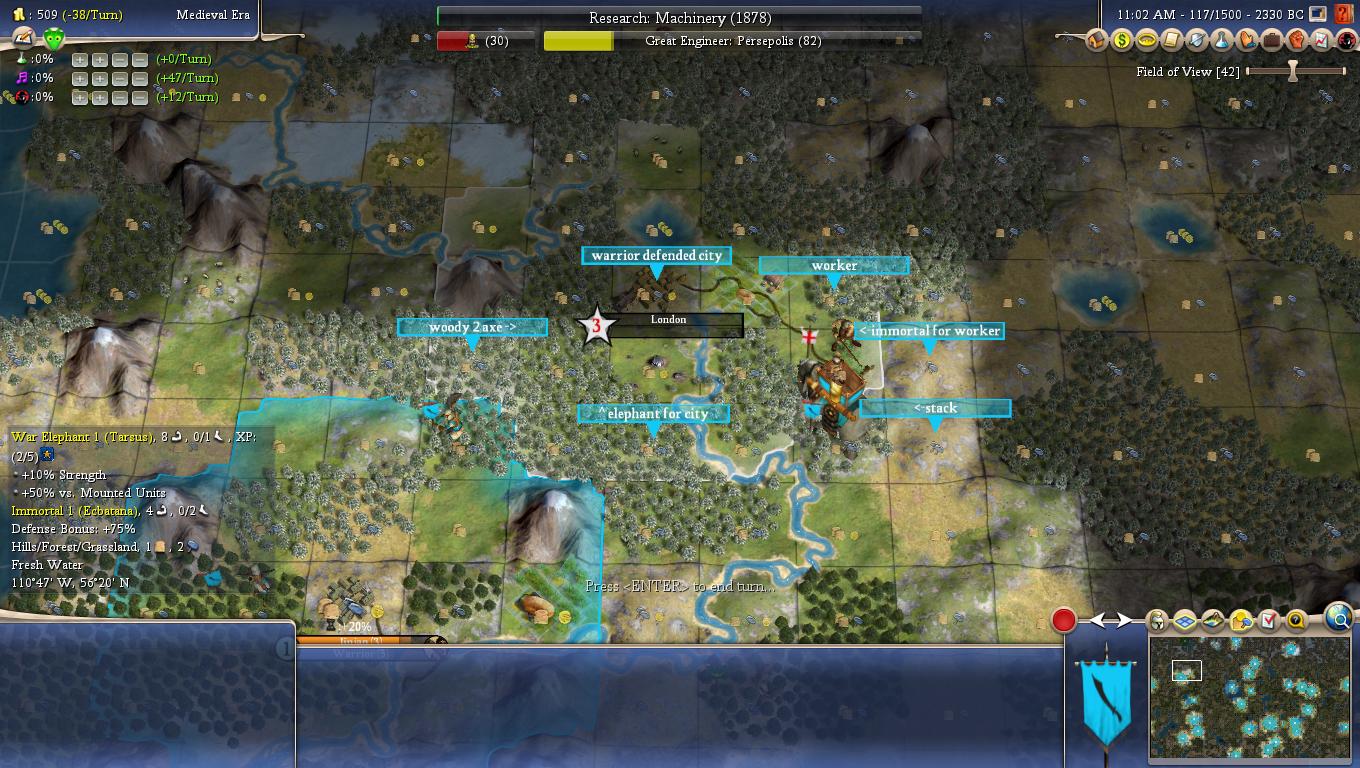 1630 BC Taj Mahal. For the second golden age. The music artist had started the first one. The Hanging Gardens finished in 1600 BC at 92 cities en route to 103 cities. That sole market had a short shelf life. <bad pun> But the dividend payment schedule was ... Well ...

Grand Specialist Economy. 1250 BC over 400 workers. Teching had to get done while building a massive number of workers right? So ... Yada. Yada. Yada. Passive GP points from wonders and active points from specialists had produced 7ish GPs by this time. Nonetheless the Grand GP Train pulled out of the station. Another 10 GPs were about to be generated.

Mining Inc. 1140 BC. Yawn. Standard Ethanol 830 BC. Yawn. The palace had to be moved. The National Park would soon produce the 16th GP to 1-turn fusion so that the engineer could 1-turn the Ironworks which would then 1-turn the Apollo Program. 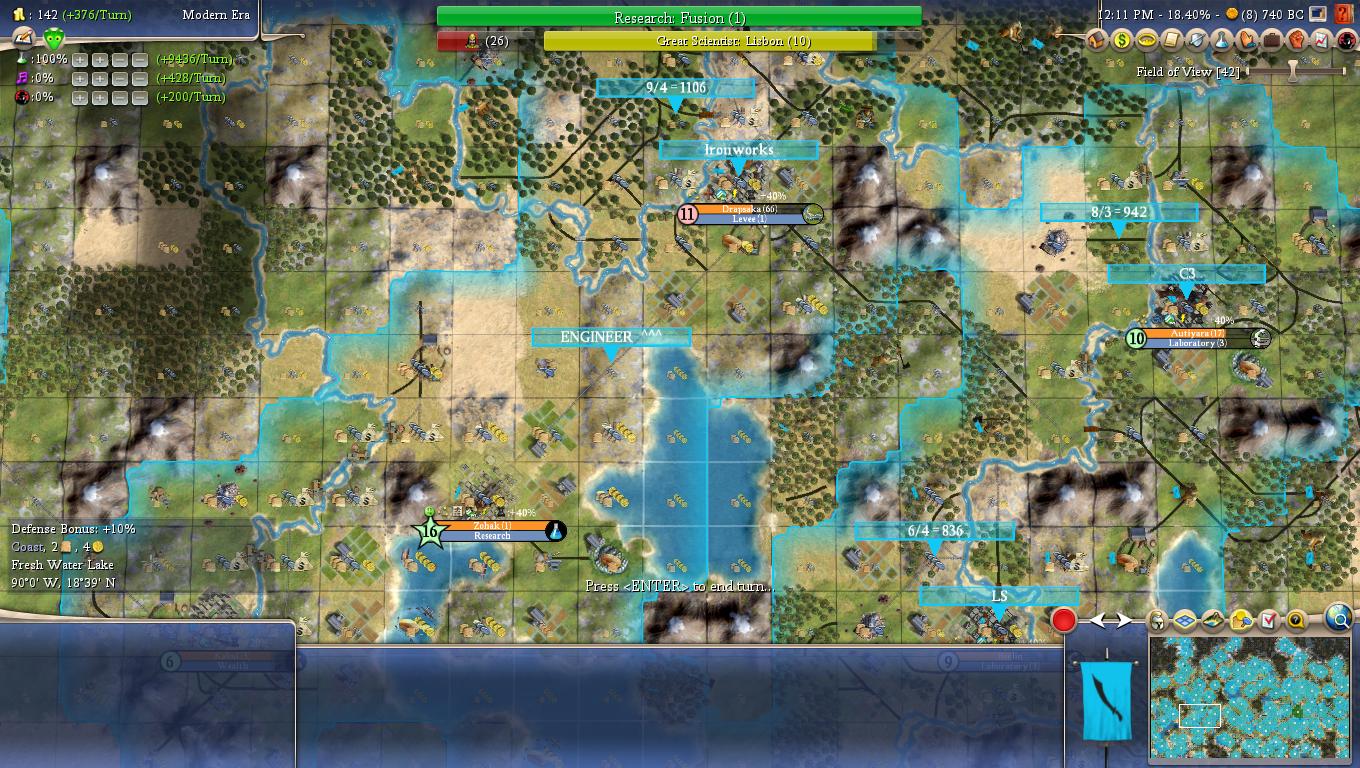 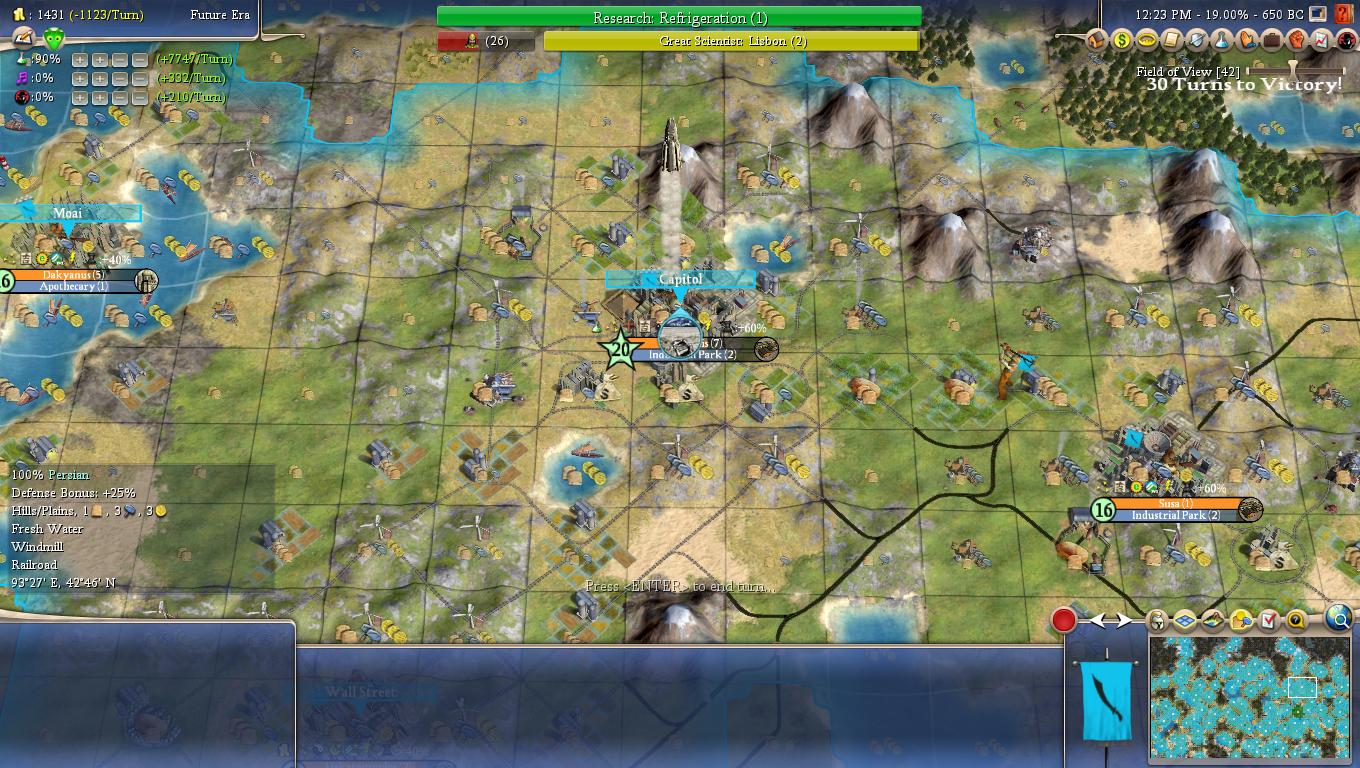 On a chopping map workers are the production. 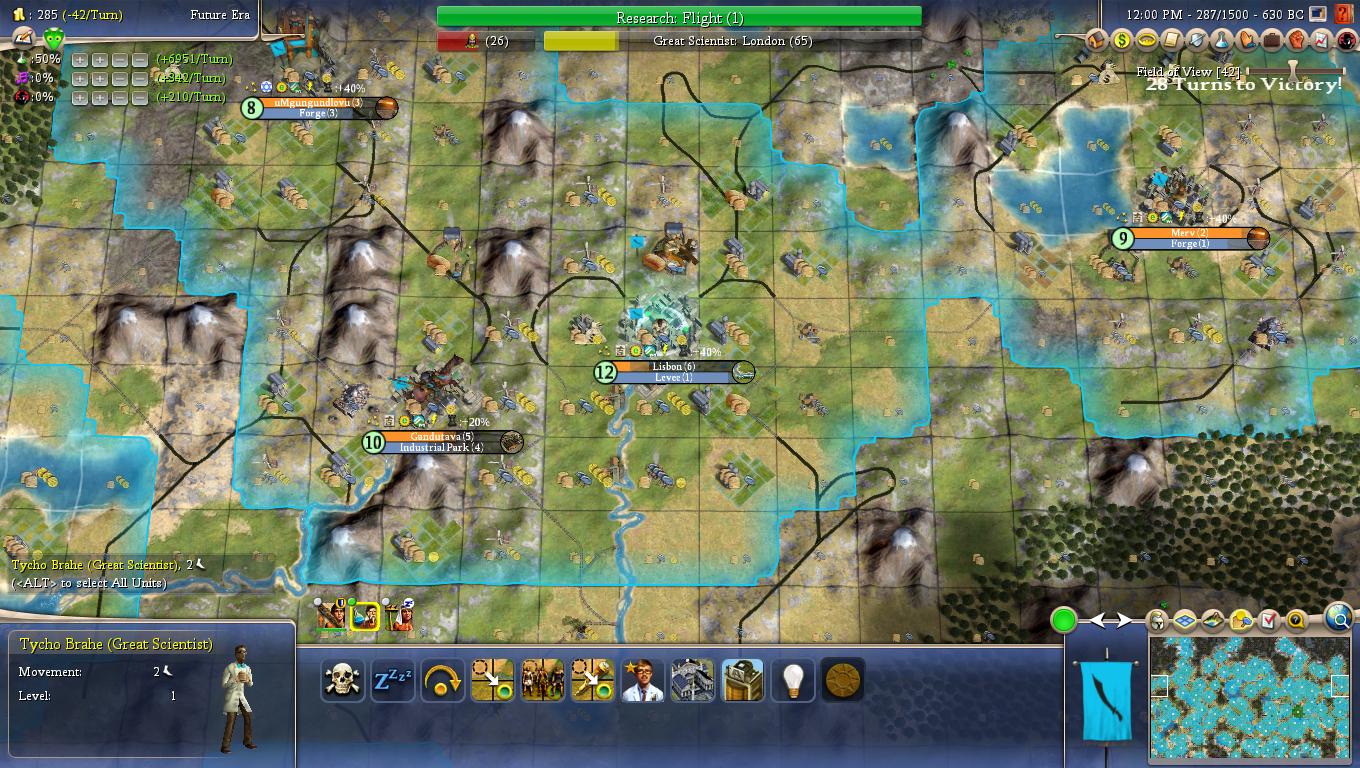 Nobody told the GP train conductor that the spaceship had launched. GP 17. Too late. Just another thing that went wrong. Time for an academy.

Granaries, Who Needs Them?