Always wanted to beat https://forums.civfanatics.com/threads/biggest-city-ever.419452/ by a reasonable amount, even if by my own settings. So here it is. 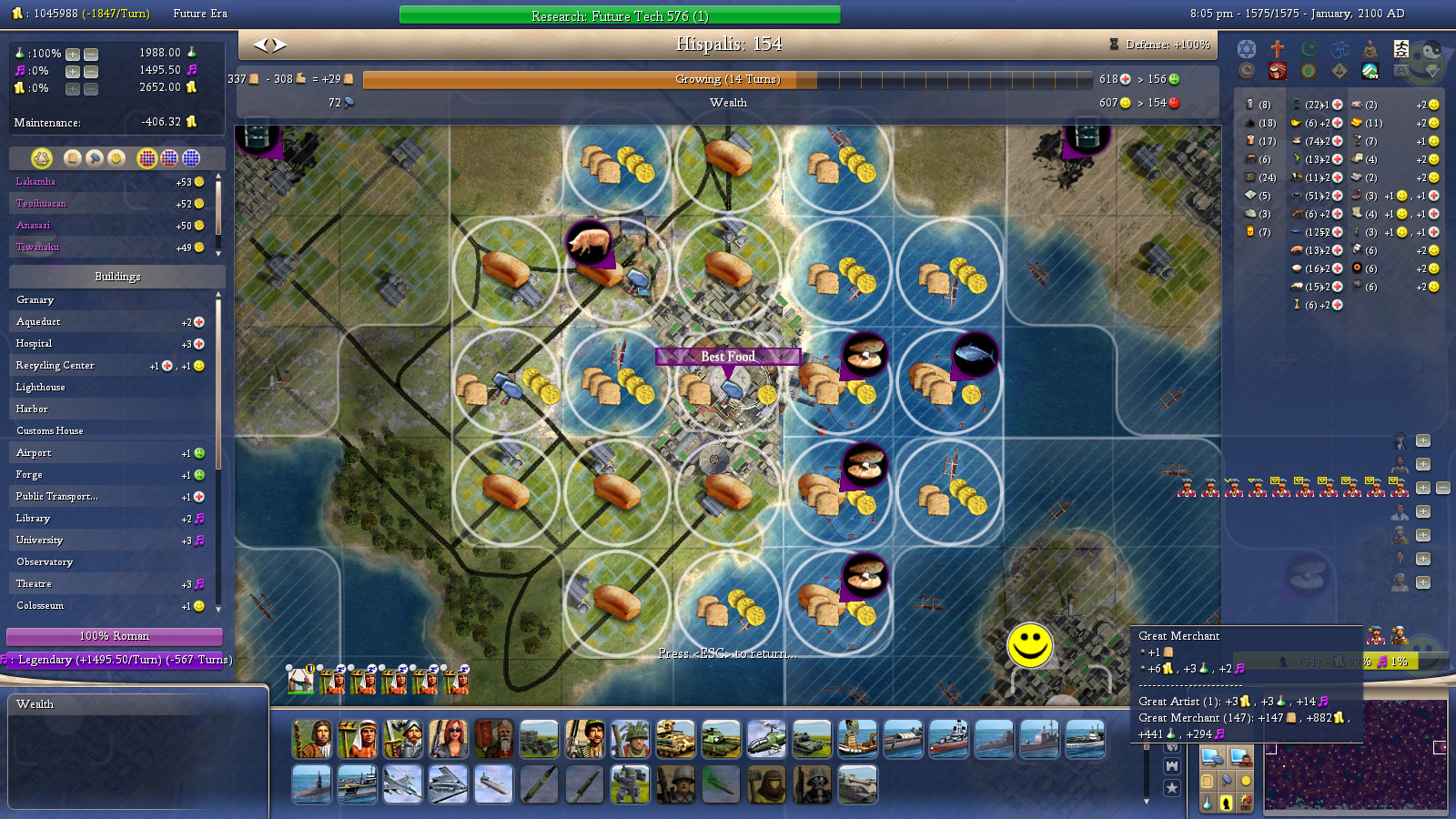 Next War gives extra food: +1 to farms (which makes pigs less important), and +2 to sea food. My previous Rainforest runs usually have a 122-food floodplain city and around 50 to 60 Cereal food with 120-130 final pop.

So, Tiny Islands gives about 10 extra food on Large, and I probably had better play than usual, but still not to stellar standards.

Very little unhealth, but would the Airports have been enough to trigger global warming?

And I did not build the Great Lighthouse or Colossus this time. Not sure if they're worthwhile when they are to be obsoleted as fast as possible and production is difficult to come by on these maps.

To make this easier, I wrote a script to check a map for food potential. Tiny Islands Large/Low Sea Level tends to have the most food. Got one save with 106+85 plot+sushi food. 200 would be possible with the perfect site, enough sushi, and enough time to generate a few hundred maps. Tiny Islands Huge is close.

The best I've seen on Rainforest Huge/Low Sea Level is 178 max food, but Rainforest is so much easier to play. And I've even got a script to spam farms. Might have an automation hack for that too, but I haven't put it to the test yet.

Now, I just need to figure out how to git gud at REXing and teching...

Attempt 2 on a similar map.:
Not much of an improvement for a much quicker tech pace. Probably a lack of food.