When you activate cheat mode and reveal the map, you can see that AI's units have certain numbers and characters at their states, as opposed to what the human player's units can have ("F", "S", "G", "I", ..). 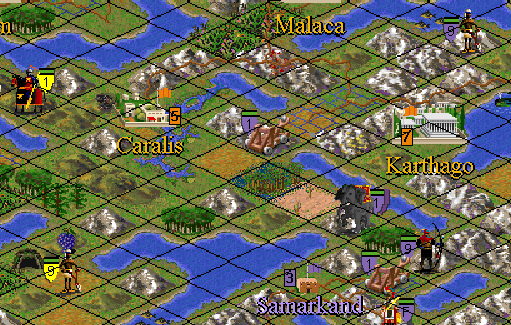 I suspect these are debug infos for the developers that describe what the AI is currently trying to do with that unit. Is there a documentation to describe what those numbers mean? For example I think a "9" means "explore", but I don't know for certain. I might want to write such a documentation for Colonization (which is Brian Reynold's earlier game), which has those numbers/characters too, so I suspect they share at least some similarities.
Colonization Image Viewer/Extractor
Colonization Hot-Seat Multiplayer
You must log in or register to reply here.

E
Old World brings almost nothing new to gaming... except the right balance of the best elements

What does the AI actually do?
2