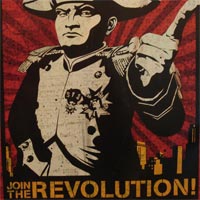 The recently released Civilization Revolution is a very special game. It's the first game in the Civilization series that is built from the ground up for consoles. It's also the first Civilization title designed by Sid Meier since the original. Thanks to the game's intuitive controls, streamlined gameplay, and wonderful visuals, CivRev is easily the most accessible version for newcomers, and veterans will also find that the series' famous "just one more turn" addicting gameplay remains intact.

2K Games, the game's publisher, has very generously sent us lots of Civilization Revolution goodies for this giveaway on CivFanatics. Here are the prizes: (21 prizes total)
If you want to win, all you need to do is reply to this thread once to enter the sweepstakes! We will randomly select the winners, and the winners will be notified via email. For full contest rules and pics of the items, please visit the contest thread. The sweepstakes will end on Friday, August 8, 2008 at 23:59 PM ET.

I will leave this thread open for discussion, but if you want to enter the contest, you need to post in the thread below for it to count:

I really want that Ghengis Tee. Everything else sounds pretty cool too but not as cool as the tee.
C

I love civ and i would love to have some cool civ Rev stuff, and Thunderfall i very much agree with Civ rev having intuitive controls, streamlined gameplay, and wonderful visuals and that CivRev is easily the most accessible version for newcomers, and veterans will also find that the series' famous "just one more turn" addicting gameplay remains intact!

Have a great all of you Civ Fans out there!!!

choson!1 said:
I really want that Ghengis Tee. Everything else sounds pretty cool too but not as cool as the tee.
Click to expand...

Is there a restriction on people who live outside the US participating?
After he turned his chest Volpone said to Owlperson:
"Your mother bore you ever unique(!),
the Wild Crow of the Enclosure, Ninsun,
your head is elevated over (other) men,
Enlil has destined for you the kingship over the people."
- The Epic of Owlperson, Tablet II, abridged.

Crowqueen said:
Is there a restriction on people who live outside the US participating?
Click to expand...


Good question, I want to know that too!!!

Although, I can provide also a US address if needed

Awesome, love to throw my hat in the ring.
X

YAY! Its great to see you can do this where big companies have all kinds of silly limitations!
Gamers are young at heart and creative thinkers. Shall we play a game? - https://twitter.com/CustodianV131

The contest is closed now. I will announce the winners by Sunday night and contact the winners via email. I hope to mail all the prizes to winners by end of next week.

Thanks for participating, everyone!

Also thanks to 2K Games for sponsoring this contest!
You must log in or register to reply here.

Civilization's 30th birthday contest: Give Civ a present, get one back!
2