I've recently got back into playing colonization and had been looking on the internet for strategies and other useful info and had stumbled across some of the post here about decoding the save games.
I found ColSaves and having gotten into python in the last few years i have been able to make some modifications and improvements to make it a bit more useful that it already was.

I've forked it on my github and the readme contains an example usage on a windows machine with python: 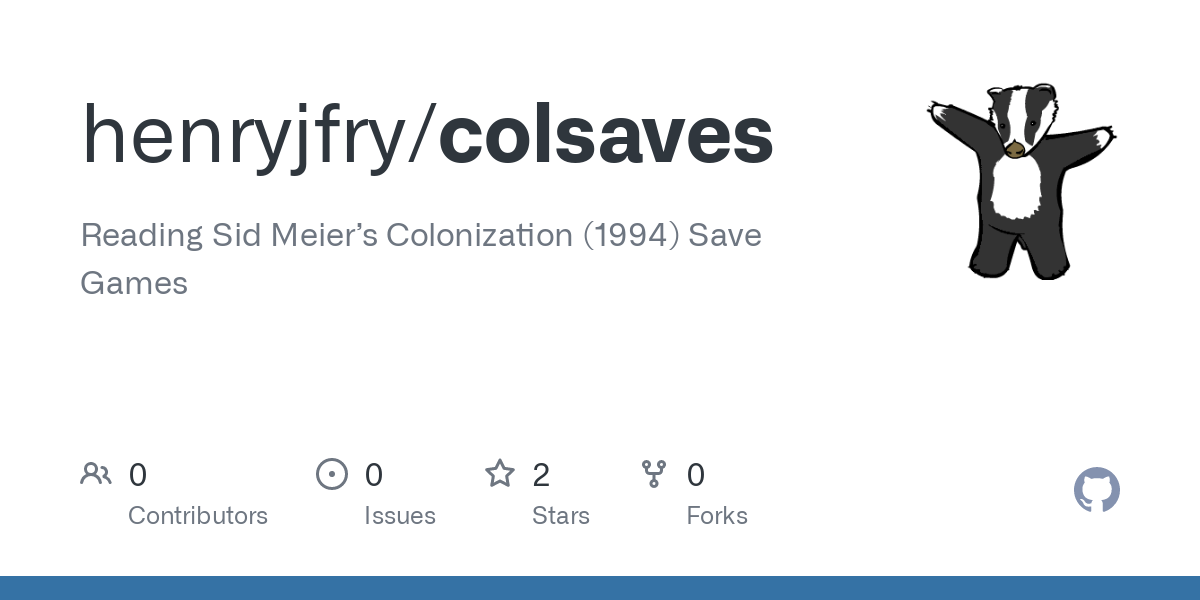 So the attached map.png and savegame.txt are the current output (on lines 1097-1099 it opens the image and txt file which you might want to comment out).
I added additional lookups/textures to the map output so you can see where your colonies are (white text) vs other powers colonies (red text) vs Indian villages (green text)

Using some information found here and in viceroy I was able to decode the indian Scouted/Capital/Learned/Artillery(??) status, which are the S/*/L/A against the indian nation name and population number.
I wasnt able to find the right texture for the colonist orders or how to display that with readable text but tinier letters, so the black on flag is best I could figure. But the flags should be correct for each country (plus the E/F/S/D indicator for English/French/Spanish/Dutch).
And I was also able to figure out how to decode the colonies fortification status, im not convinced the original code is doing it correctly.

The original tool seems to only tile sea/forest/mountain tiles. I dont know enough about decoding the hex to better figure how to get the map to use all the correct textures but I dont think it would take much tweaking to get a game accurate map.

So im hoping this is useful, the map is maybe a bit busy but thats mostly the PIL text which i dont know how to make look better and still be readable so anyone who has an idea on that feel free to make suggestions.

[Col] Old-School Colonization - Who will show me how to play?