So I've played this game a long, long time and while I understand how culture works I don't understand how it works on a tile by tile basis. Today I ran across an example that really confuses me.

In my game, I took Greece's cap and it had some wonders I wanted and rather than being in revolt constantly I thought I'd use my GA I had been holding on to from music. So a culture bomb gives that city 4000 of your culture. The city with the most culture in the game atm with 8 wonders is Mutal @5000 culture. Athens has 4 wonders (2 being relatively recent). So Athens couldn't have had more than 4000 culture and the closest cities only exerted their cultural influence on the Athens tile when they hit 60% so not for that much time. How is it then that after a culture bomb I only have 11%? How is this calculated? Screenshot below. Thanks 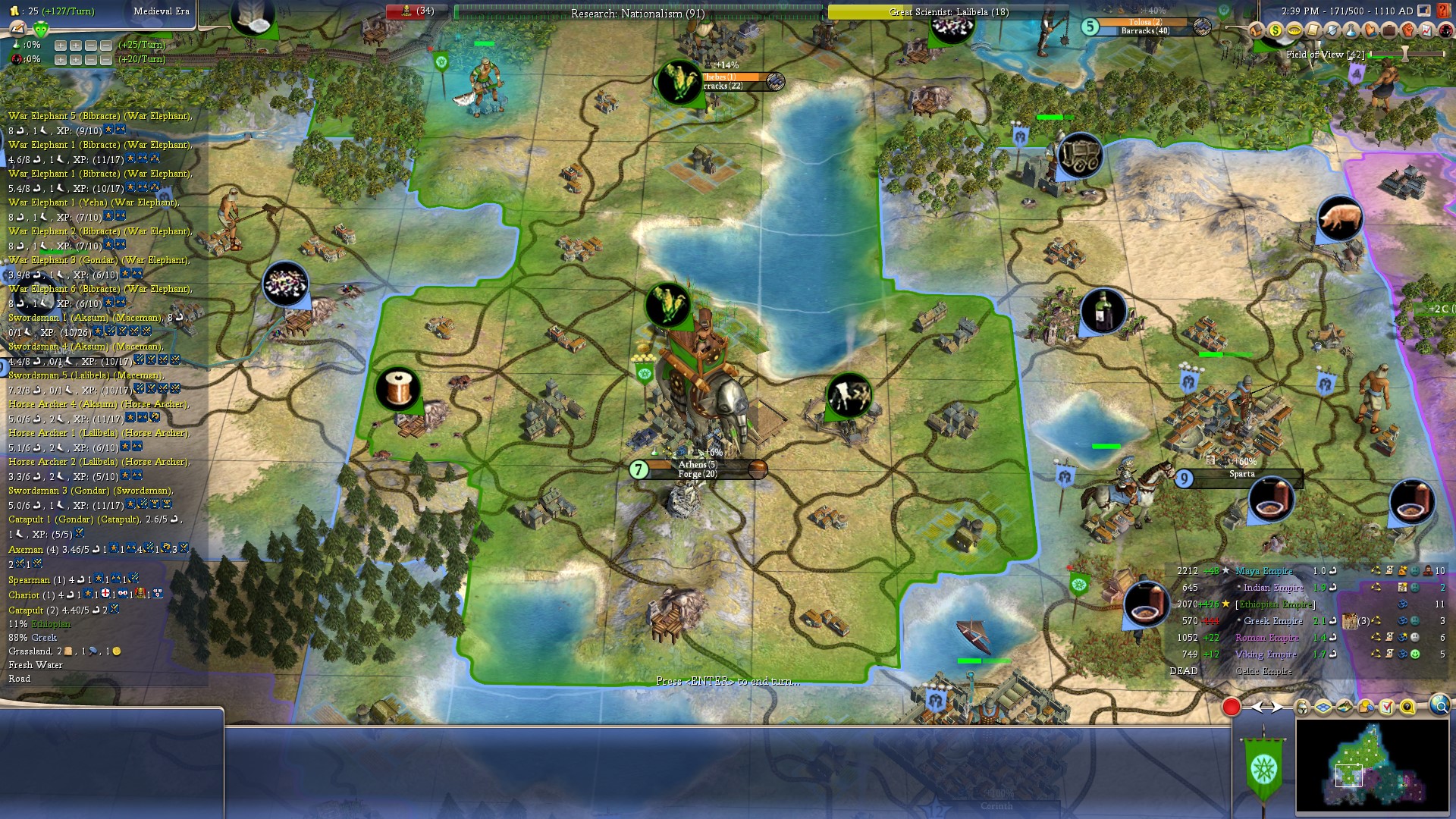 Plot culture works quite differently from city culture. IIRC, when a city pops borders, any tile in the inner ring (the 8 squares that are claimed by a city when it is first founded) as well as the city center tile gets +20 extra plot culture per turn if the city is producing any culture at all. When the border pops a 2nd time, the innermost ring gets another +20 culture/turn for a total of 40 culture/turn plus whatever base culture is being produced by the city, and the 2nd innermost ring gets the bonus +20/turn...and so forth. Basically the amount of extra plot culture you output on a tile is x + 20y, where x is what the city produces and y is distance from the outermost ring. This explains why there is so much tile culture, especially in cities that have existed for a long time, and why culture bombs and beginning to produce culture of your own oftentimes doesn't even put a dent into it. Now this mechanic might seem unfair, but it's necessary to prevent certain cheesy tactics and traits from being overpowered. If it didn't exist, you could cultureflip your neighbor's cities easily just by building 1 wonder in a border city, flip capitals by being cre, settling next to a neighbor, and founding a religion, etc. Similarly, cre AIs will be almost impossible to win border wars with, and if the rival produces even a bit more culture they would easily be able to steal your BFC, 1st ring tiles, even revolt/flip your cities. So now you know - this mechanic exists. And for good reason.

Refer to this thread for details.
You must log in or register to reply here.