Not normally one to post pitch threads as I normally just 'go and do it' myself when I have cool ideas however with so many unfinished projects I don't know if I'll ever get to this stuff. So I'm kind of creating this thread to 'download' it all out of my head as like with many fun creative ideas it can keep you awake at night sometimes haha. Hopefully one day I'd like to have a go at something like this but if I never get to it then maybe this might inspire other creative people to fill a void in the Civ2 scenario scene as I've not really found anything like this stuff during my preservation work.

) themed scenario with in an apocalyptic night world or a cyberpunk city with lots of atmospheric glowing & colouful lights in the darkness.

These ideas started back when I tried a number of coloured darkness filters on my ToT Master of Magic Jr Scenario Remaster and also creating the dark moody tiberian plagued Africa in the Civ2 Command & Conquer Scenario Remaster (I always LOVED the night missions with the glowing Tiberium & red NOD base lights in C&C2 Tiberian Sun), and then again when I pushed the dark apocalypse world idea even further with the Civ2 Terminator Future War Scenario Remaster . 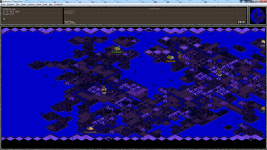 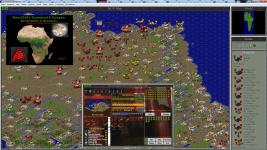 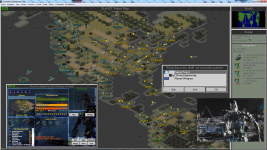 As making these made me think about the possibilities of similar dark apocalyptic world scenario based on something like either the Matrix surface world or Far Cry Blood Dragon.

The Blood Dragon idea in particular would be cool as it would be similar to the Terminator Apocalypse but full of glowing neon colours and being a video game it has much better 'fleshed out' factions than a film with lots of different cyber unit variants, vehicles & creatures to choose from. A recreation of the map with different cyber faction bases all competing for control the dark glowing island would be quite fun especially if made in ToT as all sorts of cool effects could be done on the map to created the different coloured areas and those glowing red sky lights coming out of each base. Factions would be unable to charge across and kill each other right away due to all the glowing Blood Dragons roaming around the island in the dark (Barbarian faction slot). 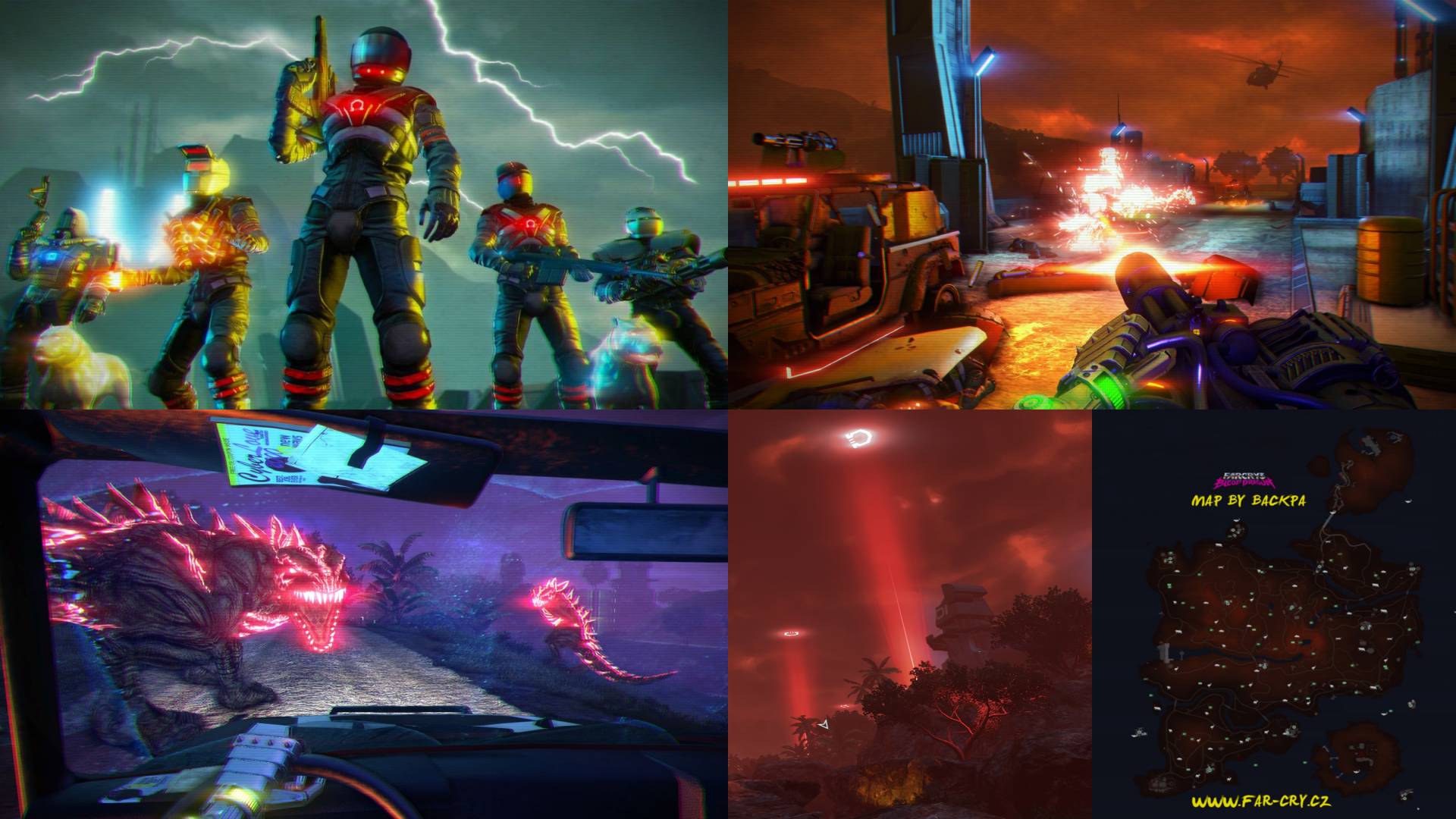 However in more recent times after creating the huge cityscapes in my up and coming Red Alert 2 Siege of New York Scenario via using 3x3 cell trickery to create giant buildings in the Terrain2 file I started thinking more and more about how cool a night version of a city would be with the glowing lights and colours. 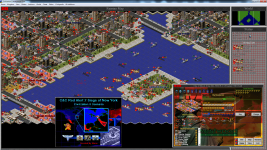 Obviously when it comes to scifi universes with dark neon lit cyberpunk cities we're spoilt for choice for these days haha! There's great cinematic/TV ones like Blade Runner, Tron and Altered Carbon... 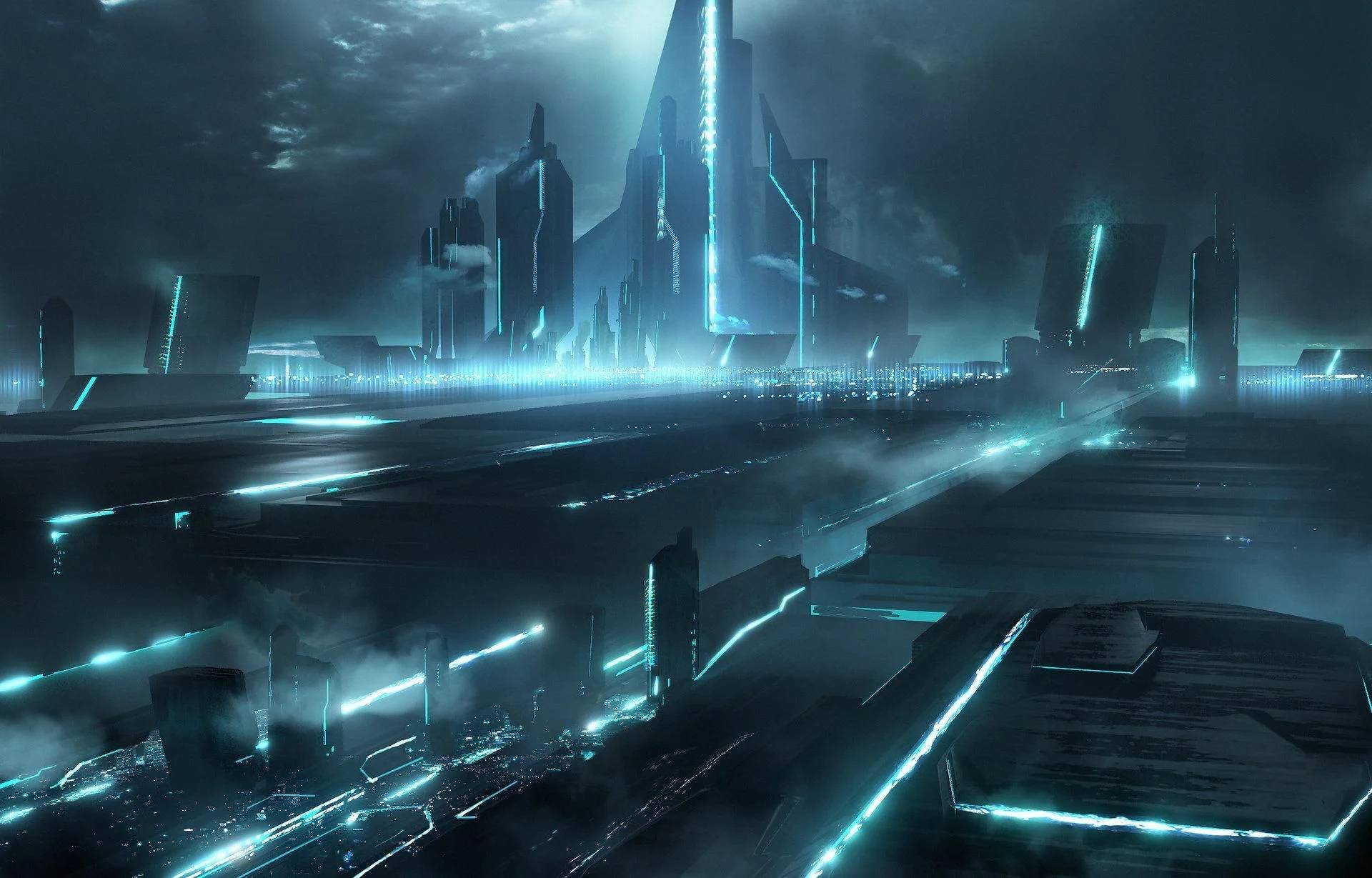 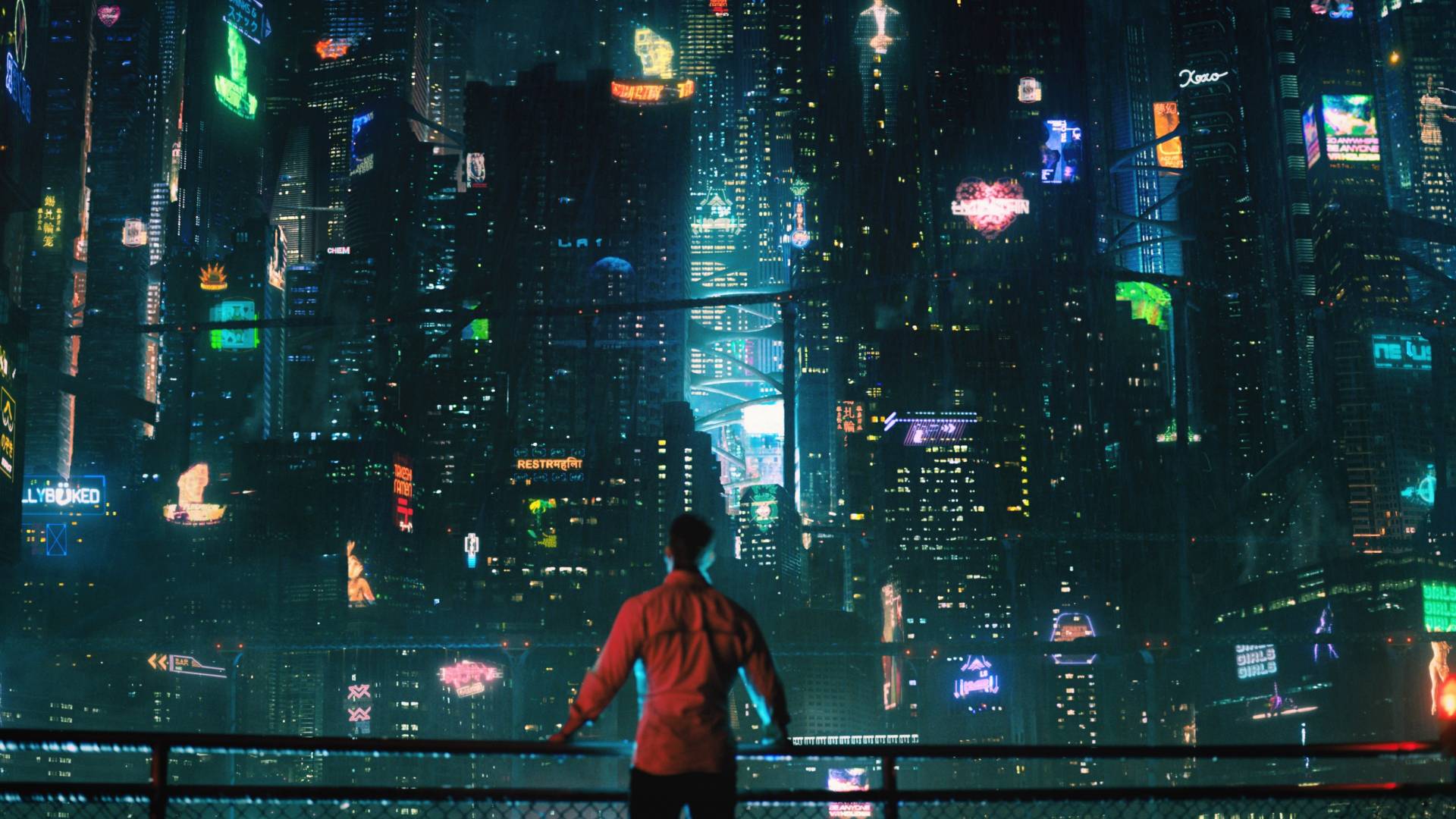 Moving units down streets between these giant glowing city structures would be epic. However as eluded to earlier movies are harder to flesh out full factions and unit line ups. Tron would be the easier of the 3 as across both films and the cartoon we witness a multitude of soldiers, gladiators, bikes, buggies, tanks, aircraft, flying carriers etc. A glowing tron city would also being easier to draw due to the buildings lacking windows and being generally one colour of glowing neon blues. Also the 'outworld' outside of the city would also work well for something similar to the earlier Blood Dragon idea regarding a dark apocalyptic wilderness.

Back in the gaming world there's some more great sources for cyberpunk city scenarios. There's old greats like Syndicate and Deus Ex..

Syndicate's graphics would probably import quite well into Civ2 and Deus Ex has an excellent line up of corp factions and their cyborg & mech unit lineups. However both are very 'street view' so you don't see much of the cities up above you (you could of course look up in Deus Ex but due to engine limitations you just had a simple skybox) meaning something else would end up needing to be a source for city buildings for them.

So perhaps a bigger more modern game might be better source. Deus Ex has had a few prequels.. Syndicate had a spiritual sequel called Satellite Reign which features atmospheric glowing neon lit buildings with rain coming down. 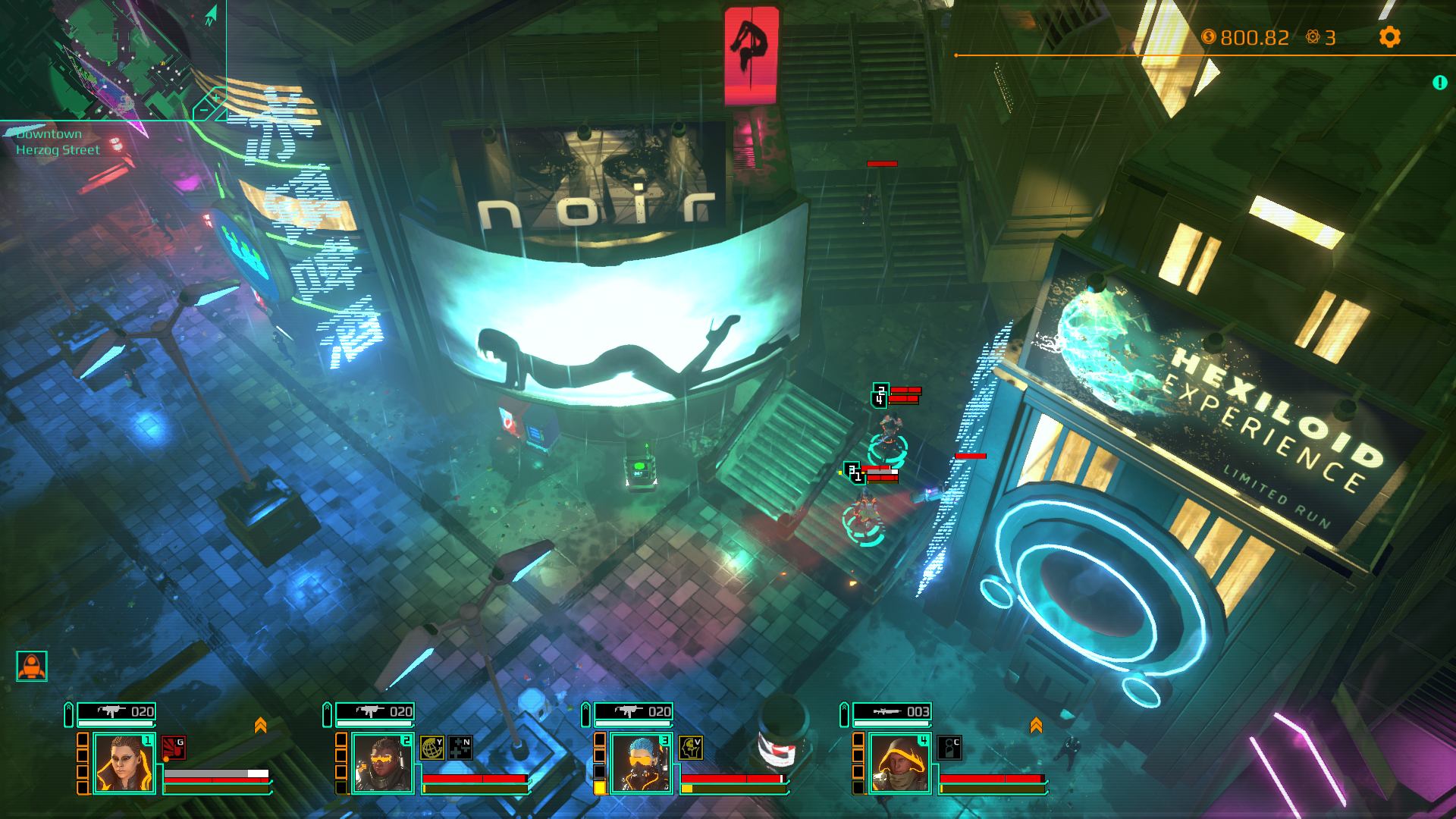 However I'm guilty of never playing the full game so I don't know enough about its factions and units, plus it still suffers the street view issue. Never played the Deus Ex prequels so I'm not sure how good a source they would be but hopefully one day I'll get to them.

So that leaves me with the big one.. the one that has to be mentioned.. Cyberpunk 2077. Disastrous launch and other disappointments aside it's an utterly gorgeous game, and thankfully these days patched into a pretty playable state (steam reviews are very positive now). Night city is a vision to behold (you'd think this was a shot from a film lol)... 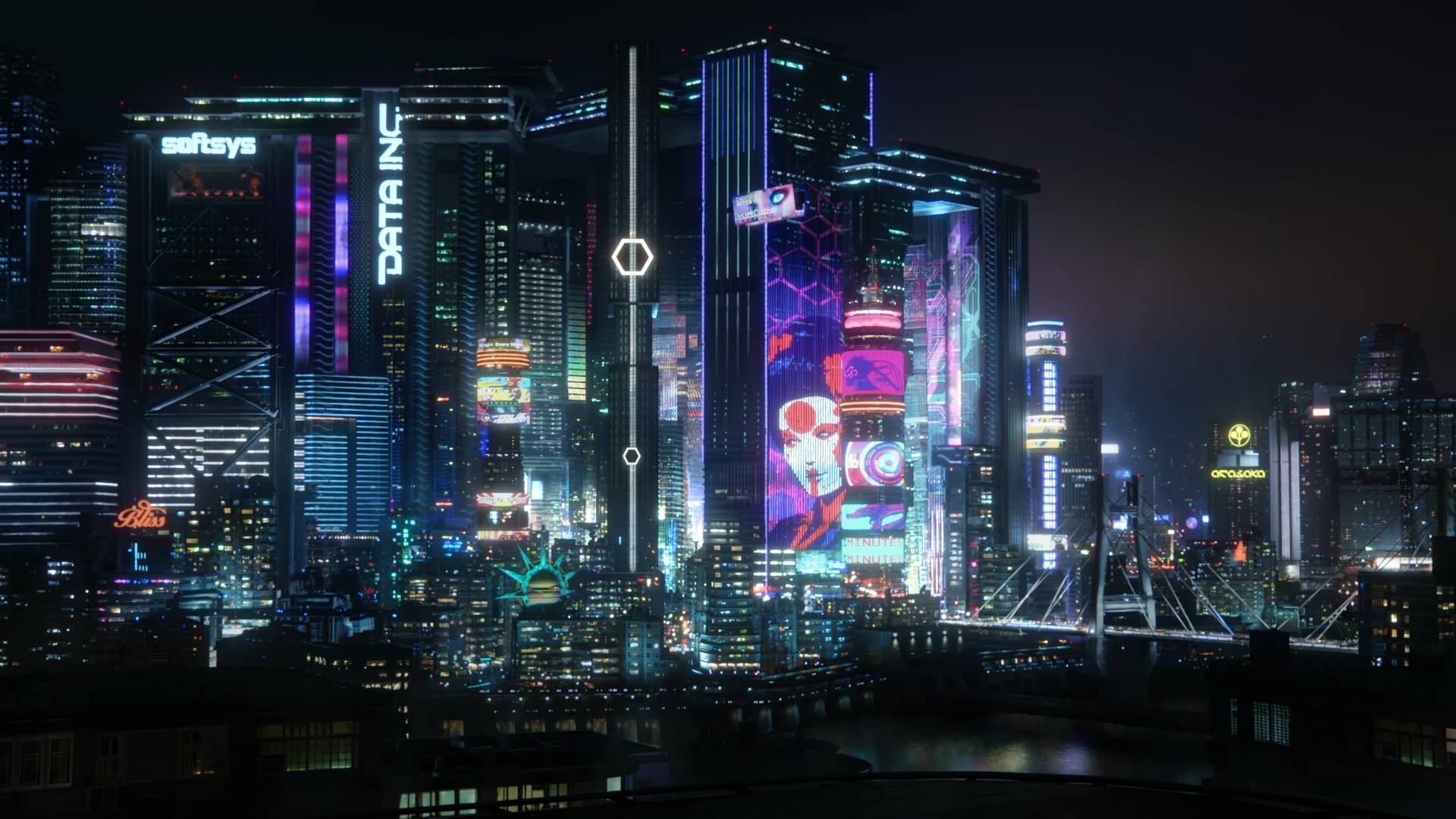 But what makes it good for a scenario idea is that it's extremely fleshed out when it comes to corp & gang factions and the foot solider variants, mechs, vehicles, and aircraft they use. The whole city is fully mapped out in glorious detail (which helps with map design) and any object in the game can be paused and 'free-camed' to get the right angle for Civ2. Of course the downsizing and touchups required for each asset would be a killer job! 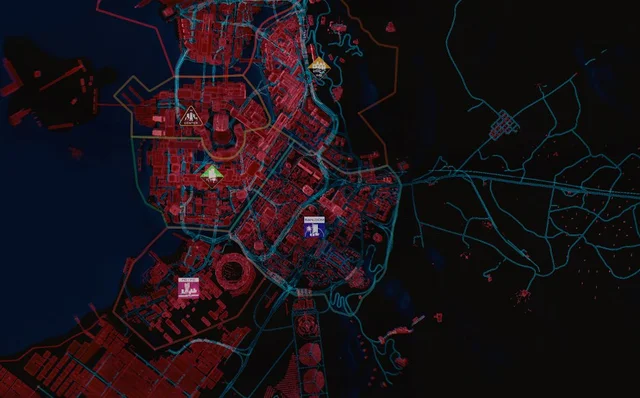 I'm waiting for them to properly 'finish' the game (ie all patches and DLC done) over the next few years and get an computer upgrade as well so when I eventually play it properly that will allow me to really decide whether the scenario idea is possible or not, but nevertheless for now a night city faction war scenario is an fascinating idea to ponder over.

Well I think that's everything dumped out of my brain. Maybe I'll sleep better now haha! I think my 3 favourite and most likely 'doable' ideas out of all of this (due to good fleshed out source content) are the Blood Dragon island, the Tron city, and the Cyberpunk 2077 city ones.

If anyone else ends up attempting anything like this then keep me in the loop! Otherwise hopefully one day I get to one or more of these ideas.. but for now I gotta finish and release all my other stuff haha!

(concept) What could we do for our beloved Barbarians ?