GOTM157 Montezuma of the Aztecs

In game number 157 of the classic game of the month series you will rule as Montezuma over the Aztecs, who are religious and militaristic and start the game with the knowledge of Ceremonial Burial and Warrior Code.

This is a Monarch-level game, and this month we sponsor the domination victory condition. This means that you must bring 2/3 of the land and coastal tiles under the sway of your civilization, which must also have at least 2/3 of total world population. The Aztec unique unit is the Jaguar Warrior, a replacement for the Warrior which moves faster.

We continue to use a modified form of the standard PTW scenario, and although no bugs have been reported in some time, it is possible that play testing has not been exhaustive. Any in-game event or behaviour that a player feels is unintended should be reported to the GOTM staff immediately.

Here is your start position: 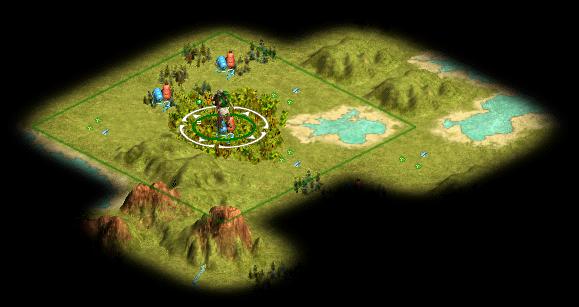 Scope of the Game:

taking over the world

I don't think i'll be able to play this one, because of RL commitments, but in case i would definitely settle in place. IMO, getting rid of a pesky jungle tile for free and having a luxury right under our butts from the very beginning more than offsets the lack of coastal access.
Save the mongols: reverse assimilation (active) - Rome Deity + UGLY start: my biggest challenge ever - The Rising Sun: Japanese Power Play - Tech cost formula - Palace jump formula
adblocker-tolerant faucets: free BTC - also free BTC - free DOGE - free XRP

Definitely settle in place. Fresh water, additional luxuries to trade, bonus grassland. What's not to like? The second city can churn out a few curraghs for exploration. The hills and mountains in the outer areas could also slow down unwelcome visitors. Always a plus.
You must log in or register to reply here.