[Vanilla] How to win land wars? 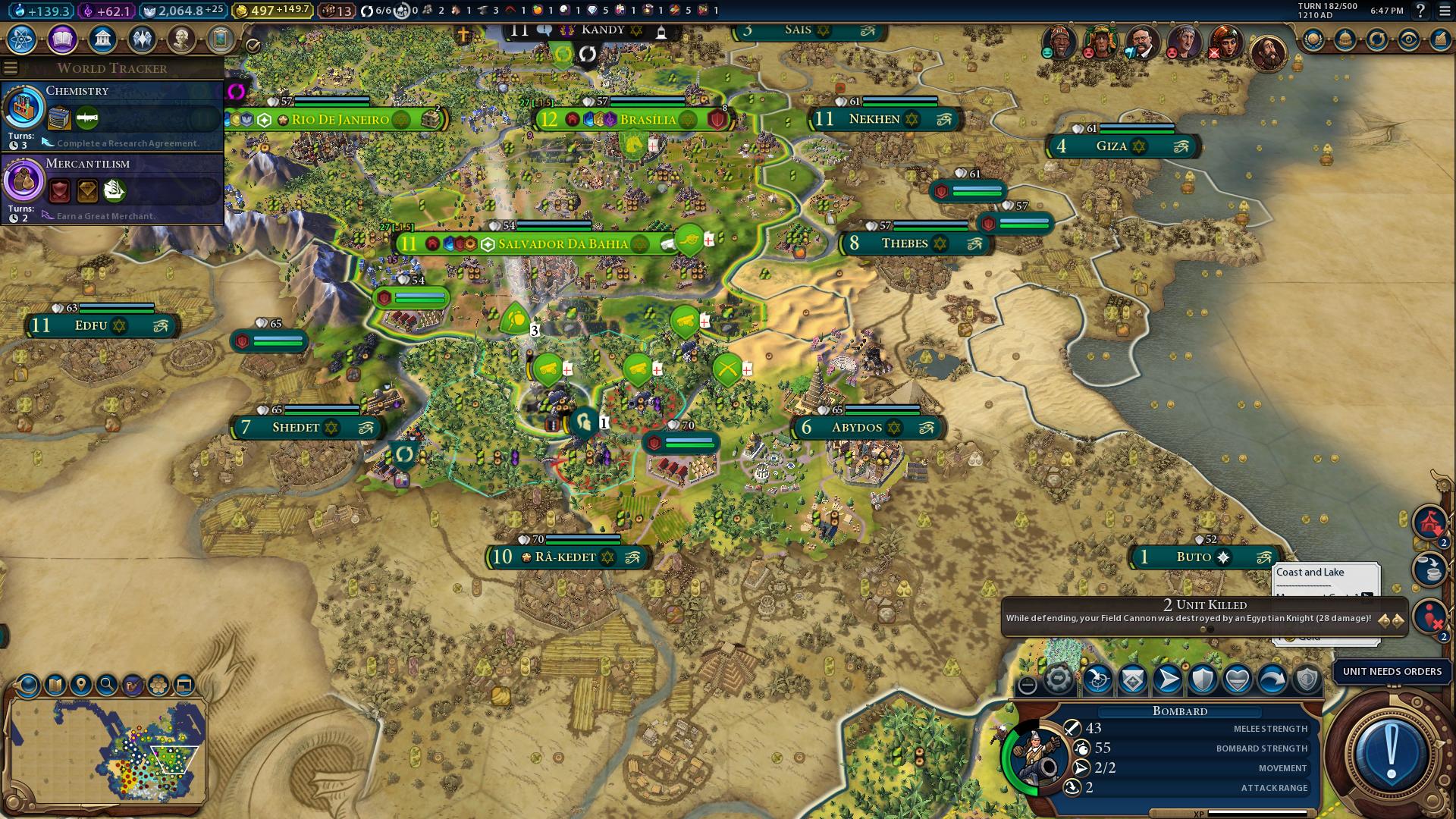 Now in this situation I underestimated the crippling effects of fighting in a jungle, I overestimated the strength of my army and I attacked an area that was too well defended.

This needless to say taught me some valuable lessons but does anyone have advice that they could give me?

Not on the battle above in particular, just in general.

First of all, improve your tactical skills. From the above picture I guess you decided to take out the capital first and marched your units right onto it in the shortest route, with no regard to terrain and enemy defenses, but it so happens that you've chosen the most difficult access route, leading to perfect killing fields in the crossfire from multiple directions, when you have much less dangerous options.

Usually you want to go through where the risk of losing units is the least. You could have taken out Thebes with much less complications, then turn down on Abydos and come on Ra-Kedet from behind, where the terrain is much more open, for example.

Also, in campaigns movement is king, so try to get and bring in a suitable Great General for movement and combat strength support, or at least make use of the Logistics card, if available. Your bombard being able to still shoot after moving can make a big difference.

If you plan wars, consider getting to Nationalism and Mobilization faster. You can merge a freshly trained unit with an experienced one, and the newly formed Corps or Army will retain all the promotions. Attacking with promoted Corps and Armies supported by Great General will make a noticeable difference.
I've got a cloud empire and a planet, and I'm a

Agree with MrRadar - definitely going through Abydos in this situation is the way to go. There really is no way to get to Ra-Kedet otherwise without getting caught by range strikes from Ra-Kedet, its encampment, and Shedet. If you took Abydos, you could circle around from behind.

When fighting on land after the time the AI has walls up, the main priority is getting your siege units in position to attack before they get chopped to pieces. So as MrRadar said, getting a GG for movement is huge. Also using terrain and roads. If coming from Abydos, it looks like there is a road leading in from the east. You could probably have a bombard out of range of the city, then move it into range and only get shot once before you can fire, then move it back out when you need to rest. If you cycle in a few siege units that way, you can whittle down the walls pretty easily. You can also put some mounted units and/or field cannons around them to keep any enemy units away.

One of the biggest keys for a land war I've found is having somewhere for your troops to use as a home base. That could be one of your own cities, if you forward settle near where you want to fight. Or it could be taking one of the enemy's smaller cities to use as a staging point. It's especially helpful if there's an encampment in that city, since you can sit troops in there to rest without danger (and if you're very fortunate, you can even have siege/ranged troops fire onto an enemy city from your encampment).

First thing I noticed is that you are playing the vanilla game (not RnF or GS xpacs). The warfare is a bit simpler there, as you do not need to worry about loyalty.

Second, strategically, you are pushing with a too small force. Three bombards are fine, but you cant leave them exposed to much city/encampment fire and vulnerable to cavalry. One (!) melee and one (lagging behind) cannon don't do enough for protection. Also, for efficient siege you need to eliminate city healing, which needs three units with zone of control, in some cases two, but these cities are in open. Also, for taking a city you need a melee/cavalry unit. Ranged and siege cannot walk into cities. Your enemy is of comparable strength - one does not simply walk into Egypt, one needs eight companions.

Tactically, movement is key. You must expect in rough terrain one tile-per-turn movement, that exposes your forces for longer time. Bring more or pick easier target first. Shedet could be easier, not sure how well it can be bombarded, if it's two or three tiles - in that case the walls should crumble within two turns. You can't slip past the encampment to Ra-Kedet or Abydos, that leaves you vulnerable for too long. Generally, you want melee or cav to go first to siege/stop city healing and pick off units, then pull siege units to crush walls. The front units should be able to heal by pillaging by then. Additionally, pillaging districts lowers city defence, like 2 per district.

As for planning an invasion, the route Thebes-Abydos-RaKedet looks good. Shedet-RaKedet would be my pick, as its only one-two steps from your border as well, and has nice road and undefended terrain. If you wanted an easier alternative target with more to pillage, Shedet-Edfu looks promising, especially if that encampment belongs to Shedet.
King player in Civ6

I dont know how many units you already lost but your army composition could be better as well. What I can see in the screen is a whole lot of siege units with too few support. A few more musketmen (or Cavalry) to block incoming knights (or other units) form reaching your own siege and ranged units and to set up a siege around enemie cities (so they dont heal each turn) would be usefull. Also a few more cannons to kill enemie units were nice.

Also if possible you want to rush new units as fast as possible. As soon as you researched them you want to attack with them (pre build older units and upgrade them) to have stonger units than your oponent. If I take a look at city strength Egypt should at least have cavalry. So their city strength is quite high compared to the strength of your bombards which leads to long grinds on any walls they have. Also cavalry is quite good against your units and will do significant damage if they attack you.

Naeshar said:
Also, for efficient siege you need to eliminate city healing, which needs three units with zone of control, in some cases two, but these cities are in open. Also
Click to expand...

You can stop cities from healing by having units surround them?

How can you get great generals? I never seem to get them.

FloodPlain said:
You can stop cities from healing by having units surround them?

How can you get great generals? I never seem to get them.
Click to expand...

To put a city under siege so that it wouldn't heal, every passable tile adjacent to its city centre needs to be in an attacking units' zone of control. So you must put at least two and sometimes three units next to the city centre. Then in the city banner you'll see a crossed out heart indicating the siege.

It is important to coordinate, ideal case would be to move melee units to siege and then come and bombard with artillery the same turn, though often this is rather difficult to achieve. So you could also use some cheap and weak expendable units as decoys and cannon fodder to draw enemy fire away from your artillery, like scouts or anticav, which you could throw at the walls to take some damage in advance and become prime targets for enemy garrison's ranged fire. They'd better target them than your bombarding artillery.

As for the great generals, the points for them are generated by Encampments and their buildings, also respective city projects in the cities with Encampments, so you'll need to build a few. It is awfully expensive to buy them just with faith or gold otherwise. With Encampments you can generate some points and then it will become cheaper to buy them out with those other currencies, if AI is still faster to claim them and they do go after those generals, so you must actively compete to get some.
I've got a cloud empire and a planet, and I'm a

One other point on great generals - unless you’re fighting on multiple fronts at once (which it’s best to avoid until you get used to warfare), you really only need one great general for each tech era of your units. So for instance, if you get a Classical GG, that buffs classical units like swordsmen and horsemen, but also buffs medieval units like crossbows and knights. So if you want to fight early, you can push hard for a classical GG (one encampment plus the policy card, maybe a project once or twice should get you one easily), then can focus elsewhere until you start getting into musketmen.

FloodPlain said:
You can stop cities from healing by having units surround them?

How can you get great generals? I never seem to get them.
Click to expand...

As MrRadar above said, there is a mechanic called "Zone of Control" in most Civ games. usually melee (+anti-cav) units assert their presence in neighboring tiles. This prevents any unit that enters the hex from leaving the same turn, you might have seen this at barbarian units too - as entering the red-marked tiles prevents scouts from escaping. ZoC for short, marks the tiles around these units, and if a city is surrounded only by controlled tiles, it cannot "receive reinforcements or food deliveries" and is besieged. In fact this does not need you to actually surround the city tightly, it often suffices to stay two hexes apart and only asserting ZoC on tiles next to city.
Other units - ranged, cavalry, artillery - i am not sure about scouts - dont assert ZoC (ranged have this in promotion tree). The mechanic is also present on sea, so you cannot fully besiege a coastal city without ships and vice versa. Rivers also limit ZoC. Play around this a bit and you get the hang of it.

Great generals are gained only if you actually build encampments, but have very powerful effect on units in their radius. In your case above one of them, like Jeanne d'Arc would help the invasion immensely, as all units are renaissance, giving them 2 bonus movement and 10 combat strength.
(ok, the cannon is industrial xD)
King player in Civ6

Naeshar said:
Other units - ranged, cavalry, artillery - i am not sure about scouts - dont assert ZoC (ranged have this in promotion tree). The mechanic is also present on sea, so you cannot fully besiege a coastal city without ships and vice versa.
Click to expand...

Did they change the rules for light/heavy cav recently? I played more peaceful lately but I can remember using cavs ZoC many times in older games.
Also you don't need ships to besiege a coastal city, you can just embark units iirc (ofc they dont assert any ZoC to other tiles when embarked but they keep ZoC on their tile). Ships are ofc better suited but you can use this for cities adjacent to a one tile lake for example.
You must log in or register to reply here.

[Vanilla] How to win wars against civs 1+ eras ahead in deity?