How would you design Haiti?

Hello guys, I'm back and want to discuss about Haiti.
I copy paste Xandinho's idea of Haiti, what do you think? looks great to me.
Do you think Haiti can appear in Civ 7 as a new Civ who was never before in this game?

UA: La Perle des Antilles - Plantations grant +2 production, +2 faith and +1 gold, these bonuses are doubled after Mercantilism. Encampments can only be built on hills, but they grant +5 culture, which is converted into tourism after Flight.

Leader ability: Father of Haiti - Builders have combat strength similar to the most modern recon unit that has been unlocked by Haitian civ, with an extra +2 combat strength for each unused charge.
When Haiti is at war, it allows you to start Rebellion city project.
Rebellion project: cannot be done in more than one city at the same time. When active, grants +35% production to military units in all cities. Upon completion, it grants three free anti-cavalry units and all military units receive double experience from battles over the next 12 turns, plus +5 era score. Only one rebellion project can be done per era. This project is twice as expensive to produce as a normal district project.

Unique building: Ounfò
Replaces Temple
Available in Theology
+4 faith
+1 citizen slot
+1 Great Prophet point per turn
+1 relic slot
+2 extra faith for each religion that has at least 1 follower in the city.
Allows the city to buy the Houngan religious unit.
Houngans: have 3 charges to heal other religious units or land military units. Every time they heal a unit, a small boost of faith is generated. They are more expensive than Missionaries and Gurus, but cheaper than Apostles. 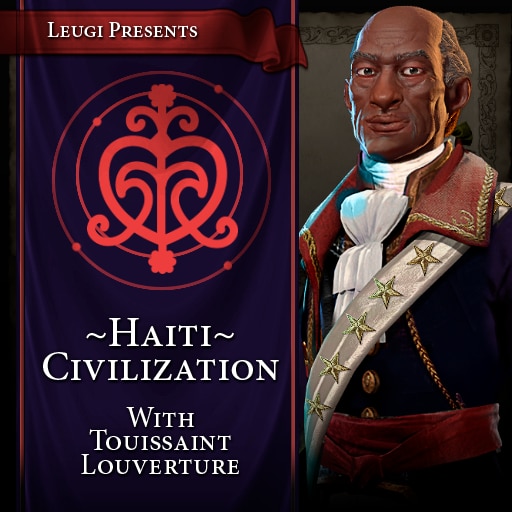 If Henri Christophe is the leader instead of Toussaint Louverture, the bonus for Encampments could go to the leader abiltiy to reflect Citadelle Laferrière, while the civilization ability could get a bonus for generating Great Generals.
"A leader is a dealer in hope"
Napoleon Bonaparte.

Xandinho said:
If Henri Christophe is the leader instead of Toussaint Louverture, the bonus for Encampments could go to the leader abiltiy to reflect Citadelle Laferrière, while the civilization ability could get a bonus for generating Great Generals.
Click to expand...

I would like to see Henri Christophe as a Leader, but I think, as first appear of Haiti in game Toussaint L'Ouverture is the best choice. Maybe Henri can be an alternative leader to Haiti, or, if Haiti come in Civ 7 with Toussaint, Henri can be leading Haiti in Civ 8.

Citadelle Laferrière can be a monument who everyone can build.
EMPEROR OF HAITI
1811 - 1820

Speaking about leaders, I will make a short list of possibles replacements for Toussaint L'Ouverture as leader of Haiti.

He was the first emperor of Haiti, but he is a bit controversial leader because he orders the 1804 massacre of Haiti.

The second emperor of Haiti, just rules the North Haiti where have a most Black community. He made some monuments as Citadelle Laferrière and the Palace Sans Souci and kill him self in order to avoid a civil war against the South Haiti. 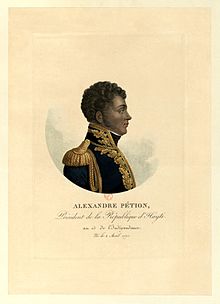 The first president of Haiti, just rules the South Haiti where have a most Mulato community. As the first Black Republic of the world, they aid the revolutionary dream of Simon Bolivar with guns, money and mens to fight. 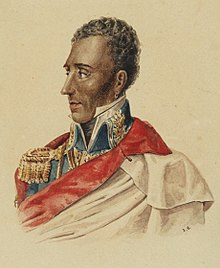 The second president of Haiti, he united the South and North Haiti in a single country. (it also includes the Republica Dominican side of island)

Wishlist: Haiti, Guarani, Palmares, Toltecs, Dahomey, Uruguay, Seminole and Ahmednagar Sultanate​
You must log in or register to reply here.

How would you design nomadic Civilizations?
3 4 5

How would you design a Swiss Civilization in Civ 7?