Support units are one aspect of CIV VI that I find very interesting, they add variety to the warfare gameplay and have much potential to be expanded upon.


In the base game we are lacking certain units such as a medieval naval unit, a renaissance cavalry unit and an industrial era infantry unit (the most notable absence). These will surely be added at one point or another through expansions and DLC; however, there are also other ways to add variety and give players more ways to customise and specialise their armies.


By adding more support units we could potentially ad complexity to the game without necessarily adding an excessive amount of units, here are a few examples:

Pavese shields: unlocked with the castles technology, can only be attached to range units, increases defence against ranged attacks, small bonus vs cities.


Grenadiers: unlocked with the ballistics technology, can only be attached to gunpowder infantry units, enables the unit to perform a weak 1 tile ranged attack.

Flame throwers: unlocked by the chemistry technology, makes grenadiers obsolete, can only be attached to gunpowder infantry, enables a 1 tile ranged attack

Chemical munitions: unlocked at chemistry, can only be attached to siege units and bombers, lower attack strength but makes the target hex contaminated for 2/3 turns damaging units ending their turn on the hex. 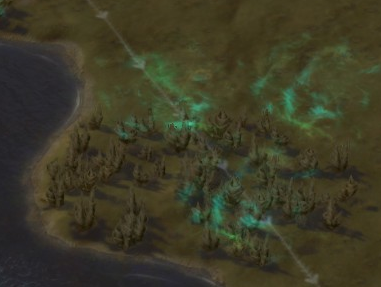 You get the idea.

Perhaps adding unique improvements to the military engineer such as mines and trenches would add to warfare gameplay as well.

The grenadier is interesting, when they introduced France and the Garde Impériale I though they could have added a grenade action before the melee Attack to this unit (à la Impi).
"I was involved in a big old debate/conversation about this a while ago. We came to the conclusion that a great engineer or great merchant should be able to build a canal. I'm a fan of the idea that any cargo ships passing through it would have to pay you a tax, but that wasn't so universally decided." -Anonymous.

That grenader would have been really cool

Also Spy could be used as support unit slowing an enemy unit or denying a promotion.
D

Support units should not attack or even give units a special type of attack.

Flamethrow could be like a late game battering ram which remove the fortification bonus and fort bonus for adjacent defenders and allow units to attack cities with full power.

Denkt said:
Support units should not attack or even give units a special type of attack.

Flamethrow could be like a late game battering ram which remove the fortification bonus and fort bonus for adjacent defenders and allow units to attack cities with full power.
Click to expand...

To be clear the support unit does not attack, it only gives the unit it is attached to bonuses and abilities. On their own they are supposedly useless.
What CIV 6 needs: ITALY: Victor Emanuel II, Lorenzo de Medici; the GOTHS: Alaric, Genseric

Ruler of all heads of state

How about "GPS Satellite Constellation"?

It is like the regular satellite, except that it is made later in the information era (and obviously costs more hammers) and removes all fog of war. It would obviously require launching a regular satellite first.
You must log in or register to reply here.

How would you design Haiti?