A few months ago I played a big game of Benjamin Ball's Martian Dawn scenario from the Scenario League and had a good time with it as it had a big map, some interesting story events and very nice graphics (thanks to using Reno's Dune units). I also managed to find it's missing extra sound download and upload it to the SL.
https://forums.civfanatics.com/resources/martian-dawn-aka-mars-2300-scenario-mge.28960/ 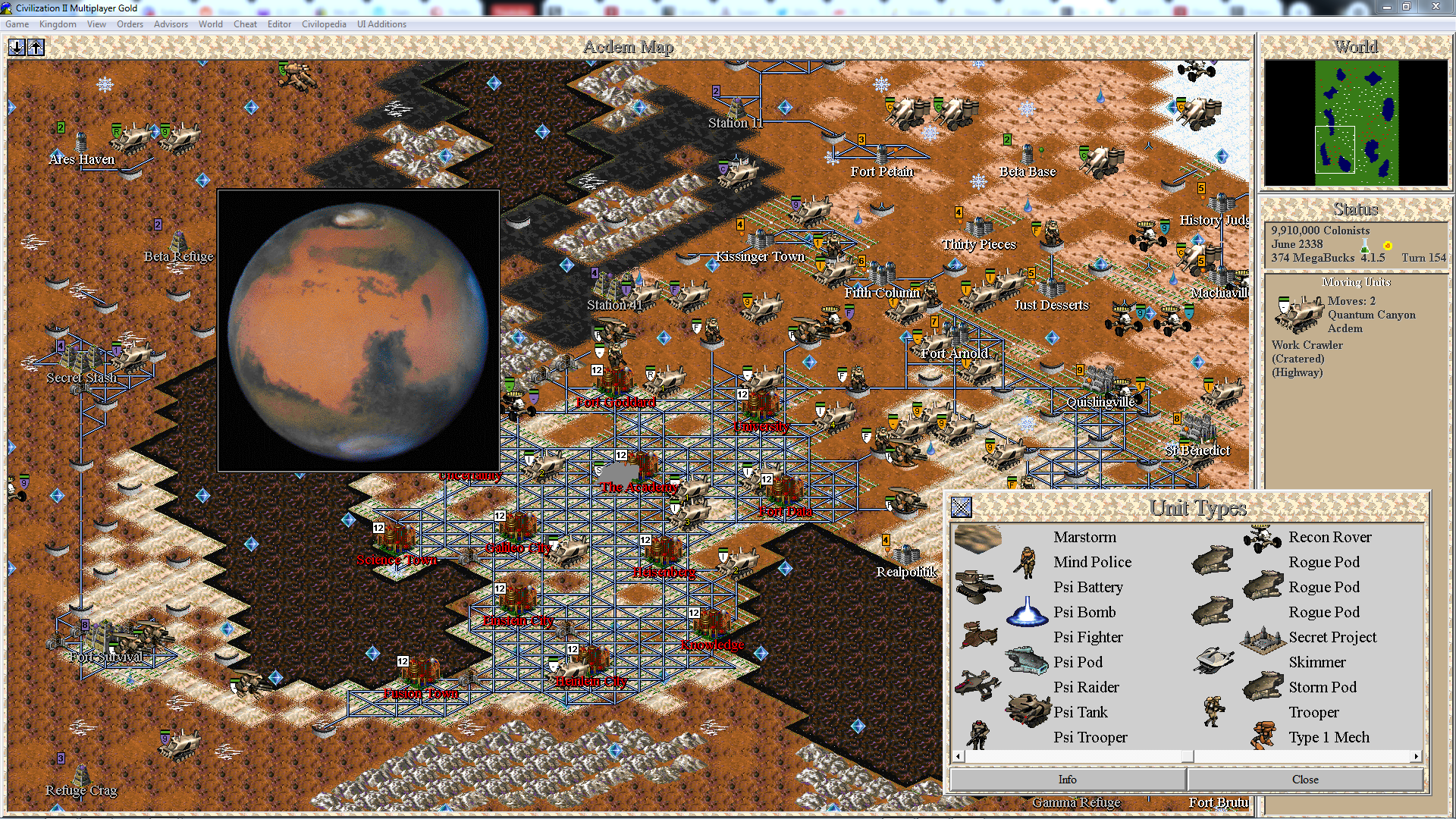 However while playing it there were a few minor things that annoyed me which I decided to change.

Even though it's 20 years too late and no one will care now I figured I'd release my small changes out to the world even though I originally just made them for myself. Simply extract the addon files in the zip attached to the bottom of this post into Benjamin Ball's Mars 2300 scenario folder and you're good to go.