Hey there Civ 3 community ! It's great to see how many people still love this awesome game and are making new content for this almost 20 year old game. I have made one previous mod but in the year or two since I posted my original mod, which was a remix of the original vanilla rise of rome scenario with added civs like epirus and the hellenistic empires. It was very rough around the edges and I learned alot but also made many mistakes. While i did retool and rework my rome mod my Interest lied in trying again-with a blank slate. I set about to follow my original concept from before and remix a vanilla scenario, this time the middle ages scenario. I set my map, players, and rules to refelect Europe in 1189, at the onset of the Thurd Crusade, this is in fact my name for the scnario, " Middle Ages Remix- Third Crusade". I have used a smaller map of europe, a tiny map and have 27 different civs in pre-placed cities & pre-placed wonders. Settlers are not buildable and the 'no-raze' patch is strongly recomended but by no means nessecary.

I have worked long and hard and still have to finish the text files so the player can retire properly without crashing, so keep in mind even with my major problem withstanding, this still isnt a finished product. But I have hit a major problem. In previous version of this scenario as ive been working on it on and off, I have messed around with the tech tree and added a few units that exist in vanilla civ since they are the easiest to add to a scenario. And they all work fine and can be built by me. My issue is that the game just freezes usually around the tenth or eight turn. Any civ big or small the game freezes. Before then it works just fine, any unit can be built and havent had any crashes for missing pedicon files whatsoever. Im wondering if this is an issue of having too many cities on the map or me just having a crappy computer... but that cant be the whole issue because ive logged many hundreds of hours playing civ on my lpatop on vanilla mods and other more talented modders finished products and never had a problem. Im hoping some of my more experienced brethren can take a look at my files and try to help me identify whats causes this cat's cradle level freeze. The scenario does require you to dowload a new middle ages folder which is identical excpet for a few changes to add the new units and civs, so make a backup of the original folder if youre worried about the changes, they wont affect playing the normal vanilla scenario once youre done with mine.

Ive fixed many issues that I hadnt done before, and as a response of trying to fix this issue have improved it greatly. Ive gone back and fixed the tech tree so it mirrors exactly the original vanilla middle ages one. Ive gone nack and made sure all civs in the rules section have their city names listed as their cities on the map. Please bear in mind im not an expert and this is still an unfinished oroduct. Part of the reason I cant move forward in figuring out issues and balancing is because I cant get past the forst few turns before freezing up and having to restart my laptop.

The mini map- here you can see how different it is from the vanilla mod. Im not a historian and this isnt designed to be a perfect reflection of the situatuion in 1189, just a creative take on this era. 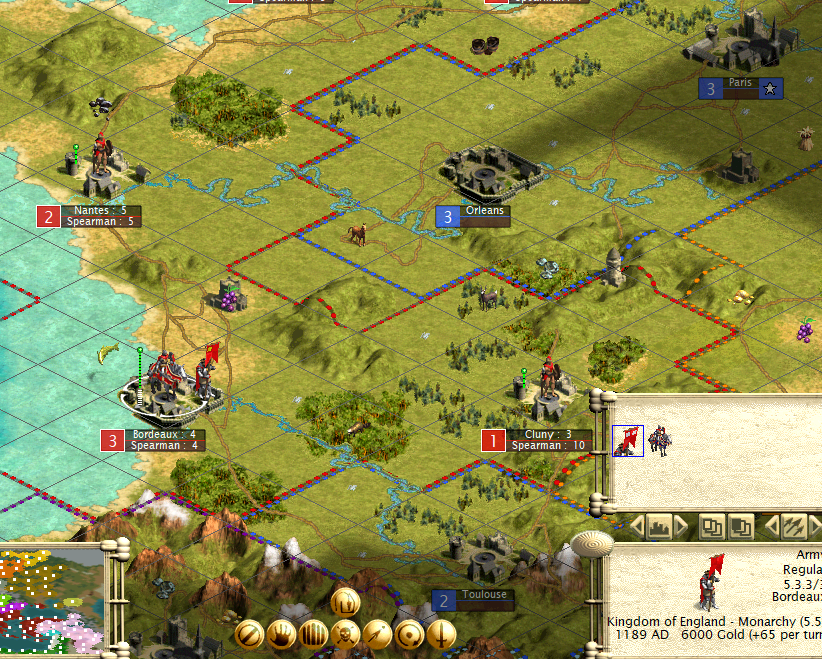 Certain Lucky civs around the map have one army pre placed. All civs units at the start are in patterns, Big civs have 10 good units 2 catapults and 2 ships if they have coastal cities, sometimes having a smaller civs starting allotment of 5 good units 1 catapult and 1 ship is applicable in an additional city. Smaller civs receive the aforementioned allotment. Some civs have armies to reflect history. These include the Latin Kingdom of Jerusalem, The Byzantines, the English (as well as the French), and the Ayyubid Emirate. 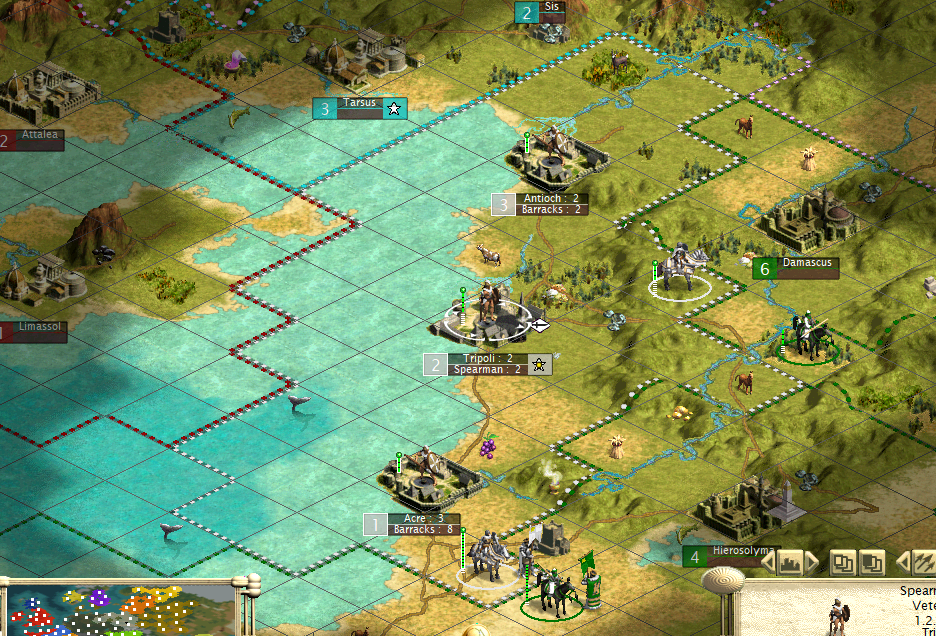 This should work... Just extract the two text files to your middle ages folder in /conquests and hit yes to changes and download the biq to /scenarios where all the other scenario biqs are!

The crash happens when when any deal proposal is rejected.

Snodmaulvenn said:
The crash happens when when any deal proposal is rejected.
Click to expand...

are you sure? Ive tried games where I havent rejected any deal yet and it still crashes? Is there any way to remedy this ?

Try this setting that has all communications disabled, i didn't have any crash.

Nintendohomie, I had a look into your biq and noticed, that for several civs the leader entries for the flc animations in era 2-4 are missing - and this is bad when era 1 is fully researched and therefore all leaders are in era 2 at the start. Additionally England, Almohad, Norway, Byzanz, Navarre and Venice have blanc lines at the end of their city lists. So in your scenario this seems to be no problem, as settlers are disabled for all civs, this can play havoc with scenarios, when civs can build settlers.
Last edited: Mar 20, 2022
Wise men discover tourism. War becomes obsolete.

Civinator said:
Nintendohomie, I had a look into your biq and noticed, that for several civs the leader entries for the flc animations in era 2-4 are missing - and this is bad when era 1 is fully researched and therefore all leaders are in era 2 at the start. Additionally England, Almohad, Norway, Byzanz, Navarre and Venice have blanc lines at the end of their city lists. So in your scenario this seems to be no problem, as settlers are disabled for all civs, this can play havoc with scenarios, when civs can build settlers.
Click to expand...

Irrespective, I look forward to giving it a go!
‘My name is Ozymandias, king of kings:
Look on my works, ye Mighty, and despair!'


An Intro To & An Encyclopedia Of Modding
FUBAR Editor Documentation Using Culture to Influence AI Improvement Build
The Big Question - How Does The AI Choose Which Units To Build?​

Any tips for how I can resolve these problems long term ? I want to get this out for the civ 3 public to enjoy. Ive made some serious re-workings nd reduced the number of cities and got the tech tree back to the standard middle ages mod tech tree.

Snodmaulvenn said:
In that case i guess is when the ai is canceling a deal to another ai.
Click to expand...

I didn't look in txt files so i don't know, first check everything you added, try test by replacing all leaderheads flcs with the same one that works to see if that triggers it, then leaderheads pcx, then if images are fine check the text files.
You must log in or register to reply here.

B
[C3C] Does Anyone Know What Happens When You Give Military Units a Pop Cost?