There are 2 or 3 mods that claim to allow editing of the minimum spawn distances, but they all appear to be for older versions and don't work with the current version of the game.

I've also tried changing the values myself, but that doesn't seem to be working either.

C:\Program Files (x86)\Steam\steamapps\common\Sid Meier's Civilization VI\Base\Assets\Gameplay\Data\GlobalParameters.xml
and
C:\Program Files (x86)\Steam\steamapps\common\Sid Meier's Civilization VI\Base\Assets\Maps\Utility\AssignStartingPlots.lua
Look for the line: START_DISTANCE_MAJOR_CIVILIZATION in both files and change the 9 to a higher number.

I set these to 16 and then 24, started a huge map and civ cities are still like 12 hexes away.

What do you have to do to get the civs to spread out relatively evenly?

Spawn distances have killed CivVI for me from the beginning. Civs start out close and immediately forward settle you on top of it.
legalize freedom!

18 has seemed to work
legalize freedom!

The Script that spawns players on the Map has many Issues, so changing that Number may or may not end up successful, and most likely it won't be consistent for all players.

I suggest using Origin alongside Customization VI (which has the options that you can set in the setup menu). I completely reworked the spawn Script in Origin and now players will be much more likely to spawn according to their start biases as well as having good start locations (only applies to major civs). 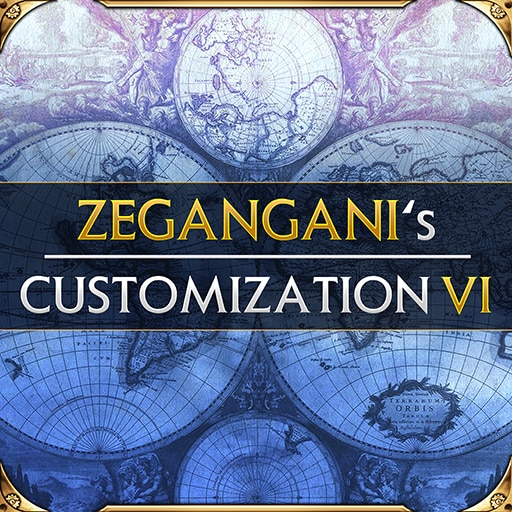 steamcommunity.com
Ready for a different Civilization VI Experience? with a different and more challenging Gameplay, deeper and interconnected Game Systems/Mechanisms,
and a bunch of new Features that make the Game more Interesting and add replayability to it? Then you should definitely look out for the upcoming Civ VI Mod Series:
4Xpansion Pass [4XP]
~~~~~~~~~~~~~~~~~~~~~~~~~~~~~~~~~~~~~~~~~~~
My Steam Workshop Mods for Civ VI: Zegangani Mods​

I appreciate it, @Zegangani ! I will give them a try.
legalize freedom!

The cattle quietly grazing at the grass down by the river
Where the swelling mountain water moves onward to the sea
The builder of the castle renews the age-old purpose
And contemplates the milking girl whose offer is his need
You must log in or register to reply here.