[GS] My leader image for the loading screen stopped showing up

I've been working on a mod off and on for about 2 months and I'm nearly finished, the only thing that's needed at this point is custom music. However, this is my first mod so there's probably quite a bit about the game that I don't fully understand. Especially since I've been having this weird problem with the loading screen, it's very inconsistent whether the image for Rhea will show up. As of the current build, Rhea will simply not show up as seen below. 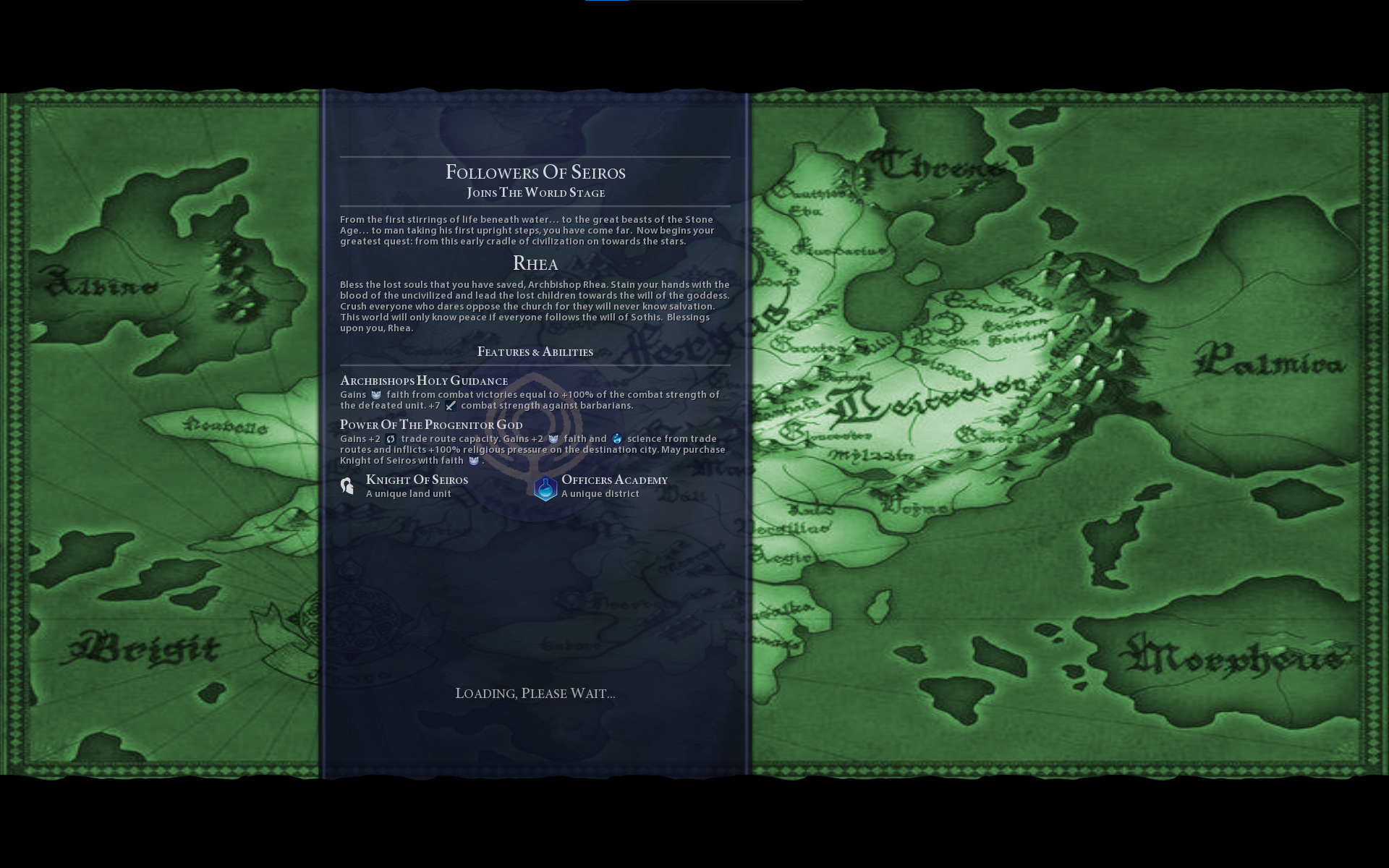 This is really confusing because in earlier versions of my build, she would show up just fine with everything else in tact. 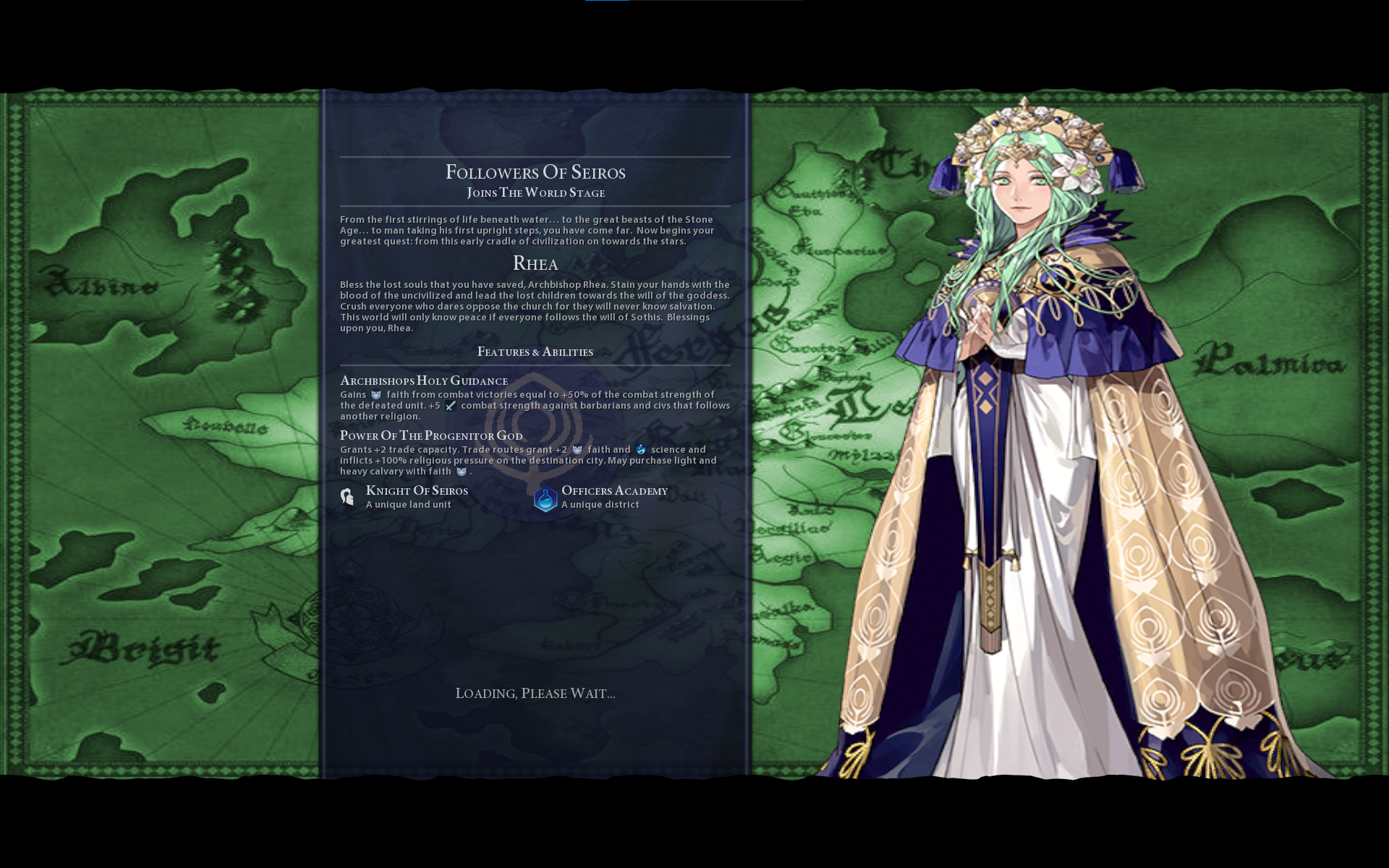 Of course, there was different issues that I had to fix at this point, but what's confusing is that none of the changes I made relates to the loading screen at all (besides the ability descriptions but I wouldn't see why that would be an issue). I have no idea why it's refusing to show up in the loading screen, especially since the neutral image has consistently worked fine on the main menu. I started out using the MC Template. I've edited it so much that it's nearly unrecognizable but I think it's still worth mentioning. The mod I have so far should be attached below.

D
[NFP] My past few days with Civ 6 modding