Being a civ1-4 fan I skipped 5 due to changes made to the game. Saw civ6 on sale and decided to buy it and have played a few games but saw that there's over 5k+ mods for the game and I've tried some, namely map mods as I loved playing on maps larger than what the game would allow but so far the 2 mods I've tried don't seem to work and I've been reading that the expansions could be the culprit.

So... my question is this: does anyone know of a specific map mod/script that's stable and allows for larger maps to be played on than what the game allows? Having played probably over 1k civ4 games it seems that maps have been getting smaller and smaller over the years and it'd be nice to find that mod that works for civ6 that'd allow me to play the game as I'd like to etc.

I've tried using "Custom Map Size" and "Yet (not) another maps pack" and I can't get either to work, the one time I got YNAMP to work was with zero mods and after carefully looking over it the author of said mod even stated that with the expansions the mod doesn't work and/or crashes etc. Is there any other mods/scripts I haven't seen yet that I should look into?

I don't think any large modded Map (Script) would be stable to play on. The Problem isn't rooted in the individual Maps/Scripts but the Game itself. Before Gathering Storm Expansion was released, you could play the Game on any (modded) large Map, but since then, the XP seems to have set a limit on the largest Map Size you can play on before the Game starts to get unstable and prone for crashing. And it doesn't matter if you're playing with Base Game Ruleset or GS Ruleset, the Bug seems to be present in any Ruleset.

Since the Bug was introduced with GS, I thought maybe that all the Natural Disasters and Climate Changes are the cause of it, maybe the Game can't handle all that on larger Maps. So I tried to remove the Game Capability that allows for those Events, and the test was done on a Gigantic Map (144x90) with Larger Map Sizes Mod by P0kiehl. The Result was a stable Game up to the Information/Future Era without experiencing a single Crash. I started multiple Games after that without any Crashes that are due to Map Size, though I never completed those Games (I rarely do that tbh, especially as a Modder ^^).

I added an Option in my Customization VI Mod that allows to disable the Random Events Capability so you can play safely on larger Maps (if you're ok with playing the Game without Natural Disasters and Climate Effects). It should work with any modded Map/Script as the fix doesn't affect Maps but only Random Events.
Ready for a different Civilization VI Experience? with a different and more challenging Gameplay, deeper and interconnected Game Systems/Mechanisms,
and a bunch of new Features that make the Game more Interesting and add replayability to it? Then you should definitely look out for the upcoming Civ VI Mod Series:
4Xpansion Pass [4XP]
~~~~~~~~~~~~~~~~~~~~~~~~~~~~~~~~~~~~~~~~~~~
My Steam Workshop Mods for Civ VI: Zegangani Mods​

128x80 is the biggest map currently that's stable, hard to believe that an increase of just 16x10 causes all of these issues so I must agree with you and the other mod authors that the expansions brought about bugs (perhaps intentional wink wink) to bring an end to larger map sizes being stable. Shame to see in 2022 (game was released in 2016) that the civ series is having problems for some of us, having used map scripts extensively in civ4 and being able to play on enormous sized maps I was hopeful with the advance of technology etc that I'd be able to experience the same thing with civ6.

I'm wondering if GS is the culprit, has anyone or yourself simply uninstalled it and used the other expansion Rise?

Other than that, I'll look into: "Larger Map Sizes" and "Customization VI" mods with the settings you suggested and see if that works

as I wouldn't mind playing without options that make the game crash.

Thanks bro, appreciate it o/

But I have play tested a map larger than 128x80 (as it is in fact one of the maps I modded) it is the Old World (and the TSL version) from the UN Earth Maps. 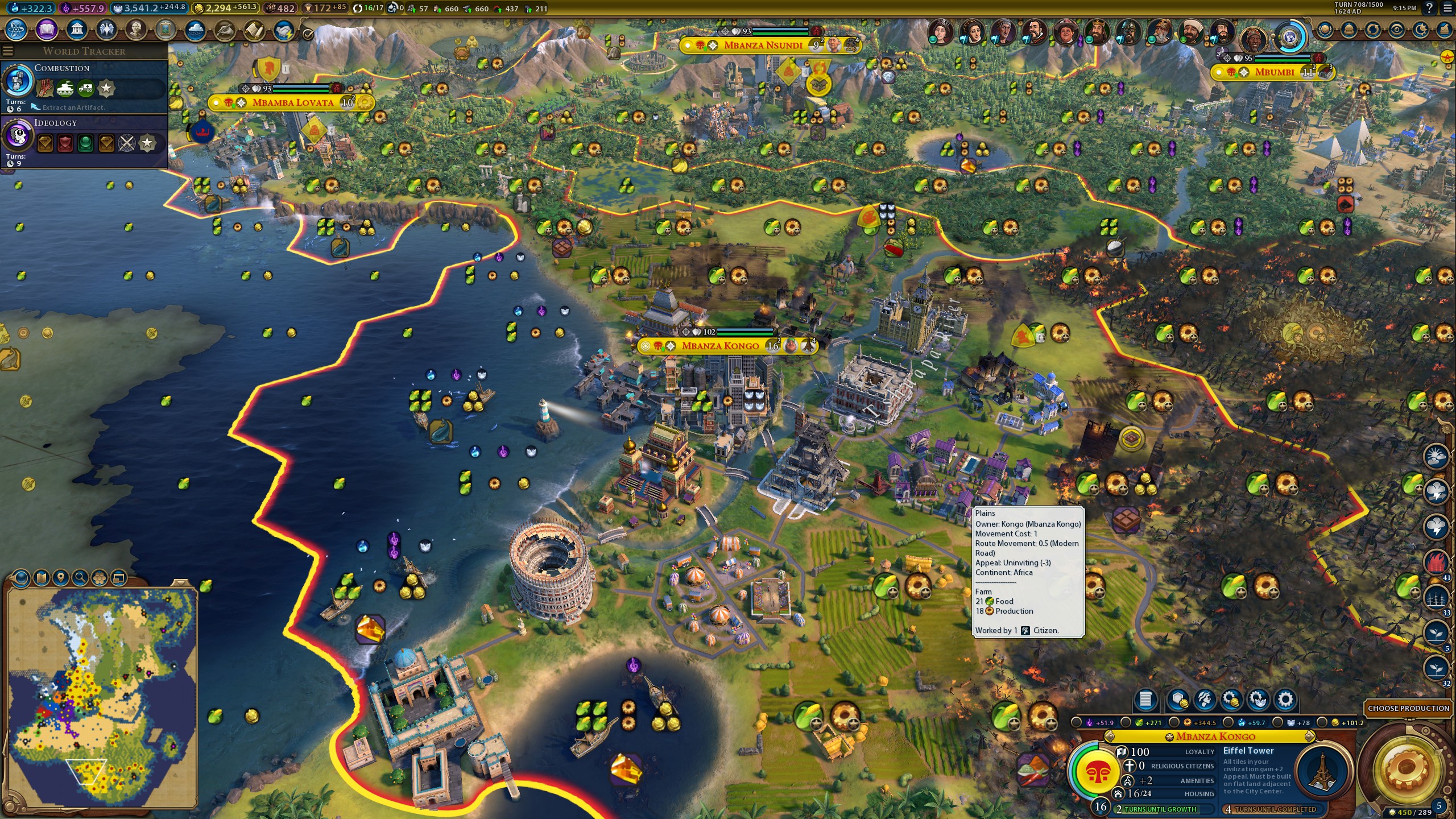 Oct 18, 2022
UWHabs
U
B
YnAMP Giant Earth but restricted to Old world with world wrap

So if the even numbered Civs are the better ones, your expectations for 7
5 6 7