I've just installed up through BTS from my old CDs (via copying the contents onto a USB stick, which worked remarkably well), and this has resulted in an almost perfectly functional game. The one exception is that the game fails to load several XML localisation files, resulting in broken localisations here and there. Here's an example of the error message sequence I get: 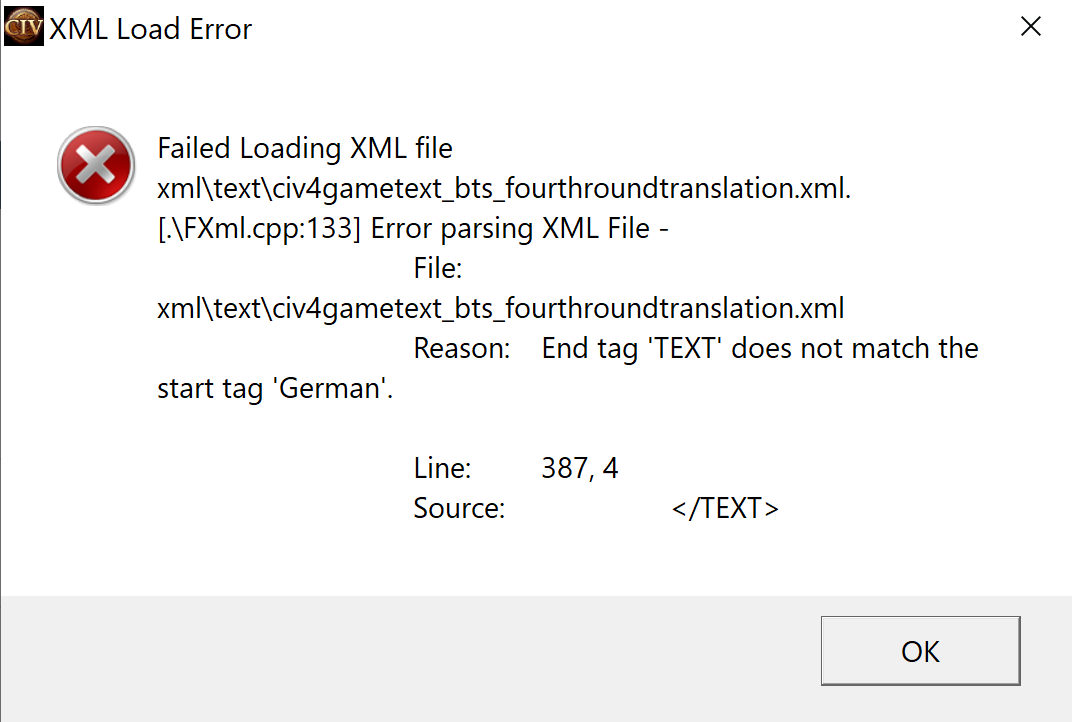 I then get a similar pair of messages four or five more times, with different languages in the 'does not match the start tag' section.

To be clear, this was a brand new clean install. I've been playing it with C2C and that supplies all its own localisations (so I can play just fine), but it'd be nice to be able to play a non-completely-overhauled game at some point as well without a bunch of broken localisations. Is there anything I can do to fix this issue?

I suspect a problem with text encoding. At the line named in the error message, I have (Civ 4 Complete Edition from disk):
Code:
The German translation ends on a special character. I recall reading somewhere (probably on this forum) once that special characters right next to an angle bracket can prevent the game from loading, perhaps depending on the language of the operating system(?). When modding, I've been making it a habit to always escape special characters that occur right before a closing tag using HTML entities. So I would try editing the game text files in all places where the game reports errors.
You must log in or register to reply here.

Q
Old World brings almost nothing new to gaming... except the right balance of the best elements
2

P
[SDK] Transitionning from "full game MOD" to subdirectory one