Well, the first game I've hosted has completed and it wasn't a train wreck! The favored path to glory was Conquest, chosen by five of our top six players, with @Lich_Lord choosing instead to milk the Spaceship for a Cow. Actually, there are medals, awards or ambulances for almost everyone! My apologies that I have nothing but my personal congratulations to give to @ZPV, who had the second fastest, but only fourth highest scoring Conquest. And a hearty "thanks for trying" to @Xcalibrator, who gave the Challenger save a go, but ran out of time IRL.

If I have any particular goal for the games I host in the future, it will be to make the Contender save challenging enough that players won't feel the need to go with Challenger difficulty.

Here's where everyone settled. Gosh, nobody wanted to go exploring for someplace better? 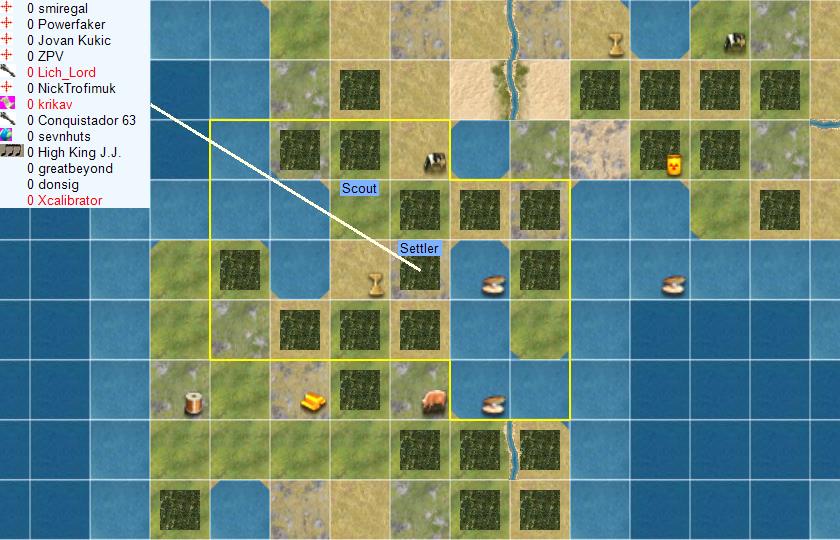 I really wanted to play this democracy/cottage game...and support the new mapmaker, but July was too busy.
I played for a while, but didn't even make the switch to Emancipation

Thanks for the creative setup.

And a hearty "thanks for trying" to @Xcalibrator, who gave the Challenger save a go
Click to expand...

I appreciate the pity plaudits but it's Lich_Lord and krikav who deserve praise with their Deity wins.

I'd like to hear more about krikav's 17-catapult opening strike against Mao.
[size=-2]"Many things that are natural should be stepped on, hard." -- Arthur C. Clarke[/size]

Congrats everybody!
You must log in or register to reply here.