Once upon a time, Britain was part of a cosmopolitan empire. Now, since the collapse of that empire, the land had fallen into a Dark Age. You, Arthur Pendragon, have been hailed as the leader of your people, by virtue of having pulled a sword from a stone. (Or was it because some watery tart threw the sword at you? Truth can sometimes be difficult to distinguish from legend.) But be warned! Your mentor has taught you that this land is surrounded by avaricious neighbors who would conquer it. (Or was he explaining that these neighbors have a vital part to play and are eager to unite with Britain? Or did he mean that they just want to be left alone? Merlin can be difficult to understand when he's giving one of those "prophetic" lectures.)

You begin the game at war with one of those neighbors, an old rival. (Or is she an old flame? Perhaps your half-sister? Truth must await the invention of the tabloid press.) Rumor has it that she has taken her followers and withdrawn to a place not of this Earth. From there, she intends to rebuild her power until she can usurp your throne and place her own son upon it. (Is he also your son? Truth must await the invention of a paternity test.) Rumor also has it that she has enchanted powerful monsters to do her bidding. None who have come near have ever returned alive!

Will you be the guardian of your people? Will you forge a United Kingdom? Or will one of your rivals succeed in doing so?

Disclaimers:
1. This map will probably look very familiar. I make no guarantees about the accuracy of this representation. My time was limited and I'm just beginning to learn the skills of a mapmaker. Besides, there have to be a few surprises for you!
2. The AI have been selected from approximately one millennium of British history. Throwing them all together may seem a bit odd, but then again, you're playing one leader through six millennia. Time is clearly a flexible concept in this game!
3. Renaming leaders and civilizations may have resulted in some minor bugs. For example, I noticed in play testing that announcements are sometimes given using the default adjective for a civilization, instead of the one I have designated. The river design tool in World Builder is also rather finicky, and you may see some rivers flowing through ocean squares. None of this should affect game play. If you notice any other bugs, let me know in the spoiler threads.
4. I have not been educated in the United Kingdom, so my understanding of the history may be missing some of the subtleties. Never fear! I have supplemented my formal education by watching many movies on the subject. Surely Hollywood wouldn't lead me astray!


Arthur is Organized and Imperialistic, and you start with Fishing and Mining.

Unique unit: Redcoat (replaces Rifleman)
Where the rifleman has +25% strength against mounted units, the redcoat has +25% against both mounted and gunpowder units.

Unique Building: Stock Exchange (replaces Bank)
The stock exchange gives an amazing +65% gold in the city it's built in, as opposed to +50% for the bank. 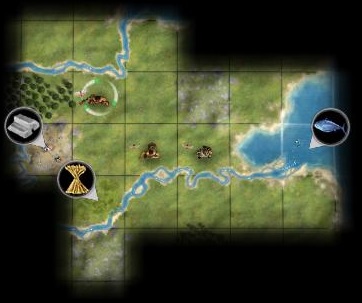 Challenger Class Equalizers:
You play on deity level. Why would you do something the easy way, when you can choose the most difficult way possible? The AI still only have noble level starting units. Just do nothing for a few turns, if you think they don't have enough of an advantage.

We will open 'spoiler' threads during the month for players to discuss what happens in their games. Do not discuss any details of your game outside those threads.

MarleysGh0st said:
Rumor also has it that she has enchanted powerful monsters to do her bidding. None who have come near have ever returned alive!
Click to expand...

Oh no, kcd didn't teach you how to create Humbaba, did he?

Looks fun. Guess I would move warrior and scout SW and see where to settle around the silver/wheat.

I wonder will there be Castle Anthrax? Or Castle Aaagh? Are there shrubberies? Do we need the Holy Handgrenade of Antioch?
Latitude 45°N to 70°N, no Space Elevator?
If I went for the coast I could get the fish in case I need a herring to cut down a tree. It's noble. Maybe I'll explore a bit and lose precious turns before i decide I was better off where I started.
Ni!
"Aurë entuluva!" Day shall come again!
Húrin son of Galdor, lord of Dor-lómin in Nirnaeth Arnoediad, the battle of Unnumbered Tears.
J.R.R.Tolkien, Quenta Silmarillion

"And those that were deepest and longest in evil servitude, hating the West, and yet were men proud and bold, in their turn now gathered themselves for a last stand of desperate battle."
J.R.R.Tolkien, The Lord of the Rings
L

Is the Magna Carta a world wonder? What do we get for completing it?

nocho said:
Oh no, kcd didn't teach you how to create Humbaba, did he?

Rumor has it that kcd_swede is fiercely protective of his trademark on Humbaba.

Anyway, would Humbaba fit in with the milieu of this particular game?

As the mapmaker, I'm not sure how effective this particular enchantment will be. Reports of monster encounters in the spoiler threads will be most welcome!

LowtherCastle said:
Is the Magna Carta a world wonder? What do we get for completing it?
Click to expand...

My skills haven't advanced to the point of designing new wonders.
L

Julius is the only org-imp leader. In our case he is org-wimp because we don’t get praetorians. 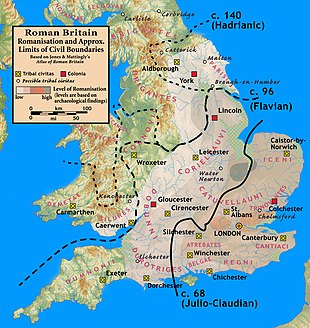 So here’s our map.

MarleysGh0st said:
Anyway, would Humbaba fit in with the milieu of this particular game?
Click to expand...

I'm guessing it would make a decent dragon.

And there was much rejoicing....yay