In this game, Isabella was charged with spreading Christianity, while each of her opponents started the game with their own religions to spread. Would Isabella choose to do this work with missionaries or with the sword? Given that AI resistance to the faith, perhaps it's no surprise that most of you chose the sword. All of our medal winners, Kaitzilla, nocho, and frederiksberg, went for Conquest, while NickTrofimuk and sevnhuts achieved a Domination. Between them in the rankings, Conquistador 63 and Jovan Kukic had Diplomatic victories. There were no winners in the Religious or Space victory categories, so those awards could not be handed out. greatbeyond and donsig received the ambulances, but their AI opponents went to space, so we can presume that the Spanish civilization remained healthy, if not quite victorious, in both of those games.

Thanks for playing, everyone! 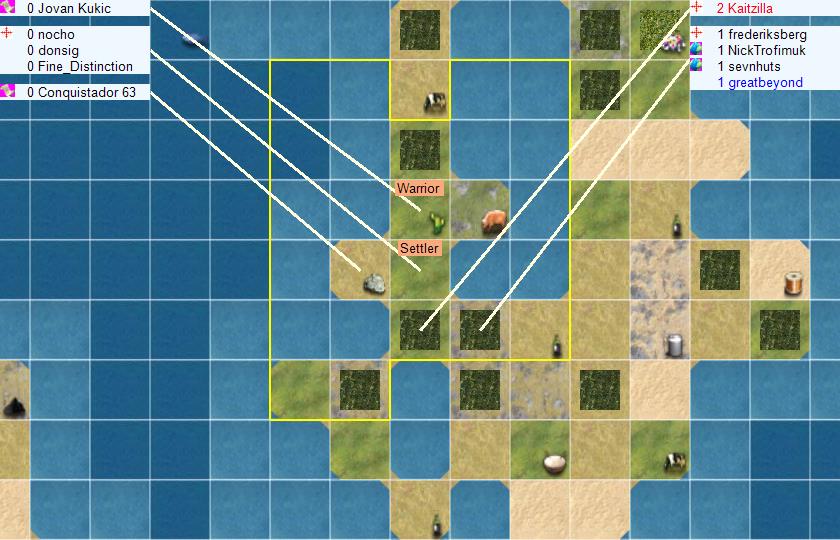 Enjoyable game this one! Impressed by @Kaitzilla's game, not just 20+ turns quicker than what I thought was a pretty fast date, but also on deity rather than immortal. True mastery vs mere afficionado!

Very impressed by the dates here! I settled on the plains hill and thus missed out on ocean access/lighthouse--first major mistake. Then the AI beat me to the GLH--second major problem and I abandoned the game. I'd really like to try this one again and see if I can get anywhere close to the finishing dates of the winners. (Answer: no, I can't.)
[size=-2]"Many things that are natural should be stepped on, hard." -- Arthur C. Clarke[/size]
You must log in or register to reply here.