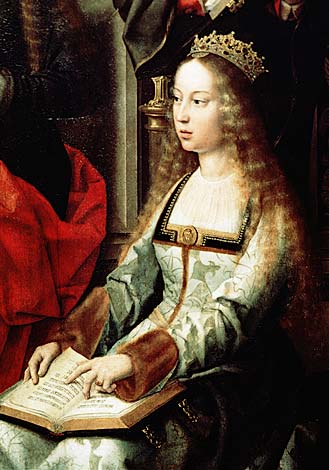 This game MUST be played in Warlords patch version 2.13. We will NOT accept any games played under any other patch versions, and you can't play it in vanilla (plain) Civilization4!

Further, it MUST be played using the latest version of HOF mod for Warlords. This is currently version 2.13.001

Unique building: Citadel (Engineering)
The Citadel replaces the normal Castle. In addition to the normal Castle stats, it receive an extra 25% bombard defense (50% instead of 25%), and adds +5exp to siege units.

The starting screenshot is here (Click for larger version) 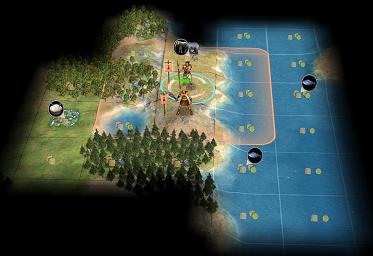 Anyone have information about the map type?
Regards.
Markus5.

According to the Info Center, Conquistador also gets 2 first strikes. Is that right?

Not a bad starting location for a civ that starts with Fishing. It has a ready supply of food, with forests, hills and an ivory camp as a source of hammers. With luck I may last long enough to get the Spanish War Elephants rolling.

It does look like a nice start. Three food, hills and elephants. Should be a good city very quickly. But, I'm still going to be cautious. I'll build a warrior then a fishing boat then a worker. Research? Bronze Working seems like a good choice. Not very daring.

After 4 or 5 losses in the recent xOTMs, I'm hoping for better results this time. Waiting with anticipation...
Regards.
Markus5.

Am I seeing deja vu?

I seem to recall a GOTM a year ago, playing Isabella on monarch, with not that dissimilar a starting position (East coast with a lake and ivory). Can we predict there'll be gold a few squares west?

At least this time there are no mountains to block the warrior exploring.

Definitely a nice start food-wise. I'll be quite tempted to settle on the plains hill S of the settler to keep all the resources and add +1 production for a quicker start.
G

I created a save for both Adventurer and Contender. As close as I can see, the starting position should match what is in the starting screen shot. You may have to copy the Big_and_small.py file from BTS.../Publicmaps to Warlords.../Publicmaps to get it to work. Make sure you do this before you start up Warlords.

No, it seems to work without doing that. I don't have BTS so thanks for making the test map.
Regards.
Markus5.

I'm liking the look of this game a lot already.

Big and Small is a FUN map. Izzy is fun, too; the more I play the more I like expansive as a trait, actually, as I tend to find the health threshold to be more of an issue once calendar/forges/monarchy come around. Spiritual, conquistadors and citadels are all solid without being overpowered. The starting position seems excellent without being too good. (If indeed that is a plains hills with a forest on it in the fog to the south (which I'm pretty sure it is), then settling on the plains hill one south looks fabulous.
Your friendly neighborhood warmonger
J

Can someone remind me what the tile yield of the elephants will be after we plop down a camp? I dont have access to the game at the moment.

For the start, settle in place seams obvious, and the big question for me is what to research first. I am tempted to go the slavery route asap and forego an early religion, but might do a few test games first if I find the time.

Jastrow said:
Can someone remind me what the tile yield of the elephants will be after we plop down a camp? I dont have access to the game at the moment.
QUOTE]

Hurry up and wait.
Monti - Prince Walk Through http://forums.civfanatics.com/showthread.php?t=466659
S

Looks like a fun game, and I may be in with a chance on monarch.

1S could be an interesting start, I'm guessing from the map script name that we'll have lots of coastline and coastal coties, so picking up the colossus and great lighthouse could be in my plans.

Tech I'll probably go for meditation then hunting, mining and bronzeworking and agriculture.

Build order, workboat first I think, then scout, and maybe archer before getting the worker. If I get a worker too early, he'll not have much to do after building the camp. (I don't know the game well enough to figure out exactly how it will pan out. so there's some flexibility in there).
M

I think 1S on the plains hill to bang out a couple of boats is the future.

After failing to complete or falling short in a number of recent All War and Emperor G/WOTMs. I am feeling that there is definite win potential in this game or are there potential banana skins lurking in the fog??
J

Jastrow said:
For the start, settle in place seams obvious...
Click to expand...

This is what I get for posting before my morning coffee. I swear, when I said this I was convinced that 1S removed the elephants from the fat cross. Given that this is obviously NOT the case, I now plan to go 1S to pick up the extra hammer from the plains hill.

Don't you think that there may be a reason that the plains hill has no forest? There could be copper or iron there.
Don't go around saying the world owes you a living. The world owes you nothing. It was here first. - Mark Twain

nbcman said:
Don't you think that there may be a reason that the plains hill has no forest? There could be copper or iron there.
Click to expand...

Or to allow you to mine it before getting BW.

Don't forget, no goody huts. Scout seems kind of useless to me on an island map.
L

ANyone know what "island region separate" is supposed to mean?
G

After playing twice through to middle ages, the placement of Iron and copper may be a problem. On the test map I generated (after many, to get a feel for the layout) The copper and iron are very sparse. On the start continent, there are two sources of copper, both are far from the starting position due to the "snaky continents." There were also two or three sources of iron, again far away from the starting position, with the arctic regions being the most common placement. On the positive side of things, it appears that the bigger continents usually only have 2 civs, with some civs being on the smaller islands by themselves. Lots of angry barbarian archers roaming around, makes fog busting a must.

I've played a lot of Big and Small, so here's an overview of it:
The general pattern is just what it sounds like - some big landmasses mixed with small stuff. The smallest small stuff is little islands, and with islands mixed in they end up in little chains connected to (and often connecting) the bigger landmasses, while islands separate puts them in their own subregion(s), kind of like the way Terra does with "Oceania". On normal continents the landmasses tend to have a nice mix of coastal stretches and big inland regions, but snaky continents end up with skinnier, winding landmasses that have much more coastline (and a lot fewer rivers).
Your friendly neighborhood warmonger
You must log in or register to reply here.