Nineliveslost said:
I subscribe to this mod on steam but it doesn't show up in my mod directory in the game. Any help?
Click to expand...

The Civ 5 C&C OT Thread: So actual threads can stop being hijacked​

New version is up for both manual download and on STEAM.

Hot fix for "quick" game speed adjustment.
For a faster version of Prehistoric Era play on quick 200 turns to the Copper age.
My signature Civ5 mod Prehistoric Era Reborn (20,000BC)

Cecil Lizard said:
I've updated to the latest version (v22), or at least it says it's that version, but the campfire building gives 5 gold, when the Release Notes for v22 says the gold is decreased. Am I just misremembering how much gold it gave in the previous versions or has something gone wrong for me whilst updating or is the gold it gives unchanged?
Click to expand...

The campfire was generally over powered so it was decreased to 5 gold. To compensate many units have been made no maintenance so as not to bankrupt AI controlled civs.
My signature Civ5 mod Prehistoric Era Reborn (20,000BC)

Could you release a patch for CBP (Community Balance Patch)? The mod works exactly like it should except it doesn't produce science when you start the game.

Daniel_USA said:
Could you release a patch for CBP (Community Balance Patch)? The mod works exactly like it should except it doesn't produce science when you start the game.
Click to expand...

Not sure how to fix that since the initial science gains in Prehistoric Era come from having a single population in your first city and then expands from there.
My signature Civ5 mod Prehistoric Era Reborn (20,000BC)
D

Novu said:
Not sure how to fix that since the initial science gains in Prehistoric Era come from having a single population in your first city and then expands from there.
Click to expand...

For some reason it isn't counting the single unit as having science. I played about 20 turns and even the AI wasn't progressing.

I had to shelf the Mod unfortunately.

I did play v21 and Future Worlds together,without CPP, and your mod worked fine.

Fortunately, I did find a Future Worlds patch made for Community Project Patch so I am playing with it.

Thank you for replying. There is also a problem with Prehistoric Era Reborn and Enlightenment Era. It has to do with the tech tree.

The minor bug is that playing as Maya you have disadvantage UU - Atlatlist. The main advantage of it is the early availability, but in the mod it's actually late - after Agriculture researched.
C

is there anyway to get rid of the unit cap?
T

thanks very much for this mod, it's brilliant and I woudn't dare to dream about it.
Just noticed a small weird thing in the last version : Playing in Epic, pretty soon years start to pass by veeeeery slowly (including months)&#8230;
So I'm in the classical era, having invented writing, optics, construction&#8230; And still am at 13 497, Januray, years BC. Of course that doesn't prevent to play but you'll be glad to know and hopefully be able to fix it ? Let me know if I can help ? (I know nothing about modding, but never know&#8230

Sorry to revive this, but is there any way to play this mod using multiplayer?
A

I have recently installed this awesome modpack. Sadly the following problem occurred: About 300 turns, all the cities I founded vanisched. Is there a specific mod which is not compatible with this one, cause I am a big fan of the Mods for Civ5.

ALL NEW feature:
Giants
"There were giants in the Earth in those days. Great warriors of old, men of renown."
- The book of Enoch

The giant is a new type of great person that is used to crush your enemies. You only get ONE. If it dies you can't get another.
-Giant names based on historical and mythological giants.
- Strength 10

Lions are now a major threat in the prehistoric era.

- Heals after every kill.

-New graphic for hunter
-NEW game mechanic (minor religions)
*All civilizations will get a minor religion that will persist even after the founding of the major religions.

- Muppets! For the original complete mod that I played for hours and hours and inspired me to make other mods.
- danrell and Patum333 from civfanatics.com for their fantastic unit models! (See a complete list below.)
- framedarchitecture for help on making this mod a lot more compatible with other mods!
- JFD, who provided a new trait for France with his "New Beginnings" mod!

Wulfgar, Deliverator, WHoward, danrell, lemmy101
- Horemvore for the resources examples and base art.
Click to expand...

Is this compatible with Apshai's Prehistoric Era?

thanks for your update! Will you still work on this mod in the near future? @Novu

I pretty much consider this mod to be in it's finished state. The only thing I am working on is compatibility issues with other mods. I would like to somehow get this to work with "The Enlightenment Era" mod.
My signature Civ5 mod Prehistoric Era Reborn (20,000BC)

Novu said:
I would like to somehow get this to work with "The Enlightenment Era" mod.
Click to expand...

It can be done, but requires not insignificant amounts of co-operation between the era adding mods - see https://forums.civfanatics.com/threads/adding-an-era-using-relative-techniques.559125/
All my Civ:V mods can be downloaded from http://www.picknmixmods.com/. My Civ:BE mods can be downloaded here. If you want to incorporate (parts of) my mods into your own mod(s), please read this first 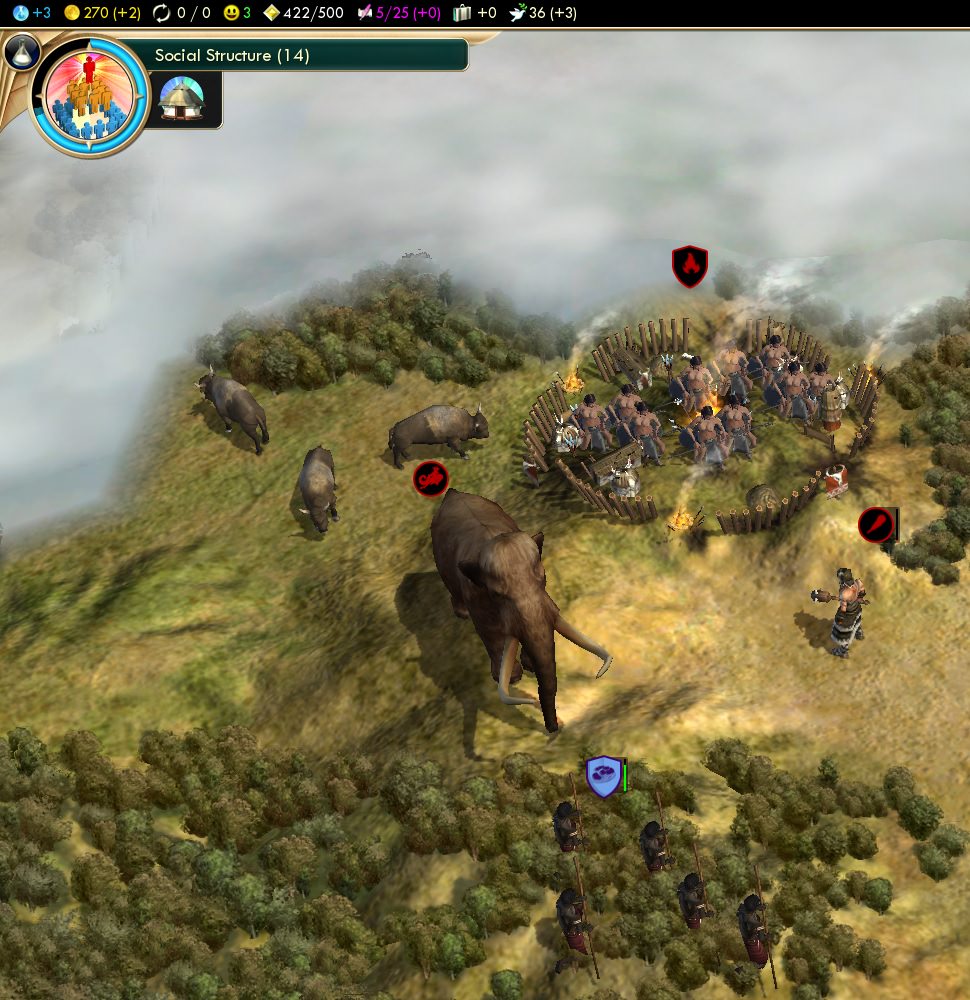 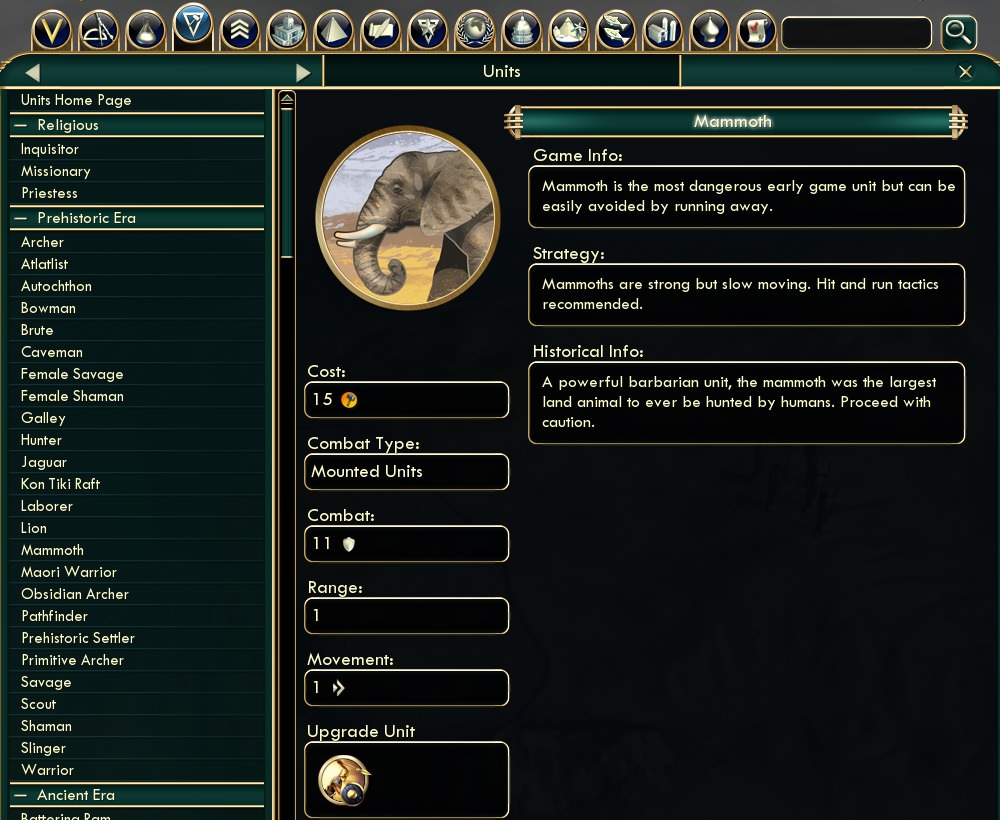 My signature Civ5 mod Prehistoric Era Reborn (20,000BC)
You must log in or register to reply here.

A
Misc. Tweaks for VP