The C7 team is pleased to announce the release of Carthage Preview 3!

This is likely to the the final, or at least penultimate, release before the full Carthage milestone is reached. Three major features have been added to this release:

9 pre-existing bugs, plus one introduced along the way, were also fixed. These include the annoying "seams" in the map seen in previous releases, and (we believe, let us know if you see evidence otherwise) the annoying city-label-blinking-white bug. Thanks to more aggressive documenting of bugs, this only shrunk our bug backlog from 20 to 17, but this should still be a more stable release with fewer edge cases.

You can see the full release notes at https://github.com/C7-Game/Prototype/releases/tag/v0.3-carthage-preview-3

Tiles are now only visible when you have moved a unit next to them. This was already the case for the AI in the previous release, but not for the human. At this point in time, once you explore a tile, it is always visible, and we have not yet added extended-range-visibility for hills, volcanoes, and mountains, nor for coast. Still, this adds one of the four X's in "4X" to the game, and thus is a major feature.

For developers, this is useful for observing AI behavior, but it will likely stick around as an option, since it would be useful for playtesting or debugging scenarios as well.

This feature was added by @Quintillus .

Roads and railroads work as you might expect. We have not yet implemented full flexibility for road/rail movement rates, but we do have support for roads not crossing rivers (and do not yet have bridging technology, sorry!). The AI will use these, although not especially purposefully yet. But if you play a map with railroads, beware of barbarians that could move in quickly! 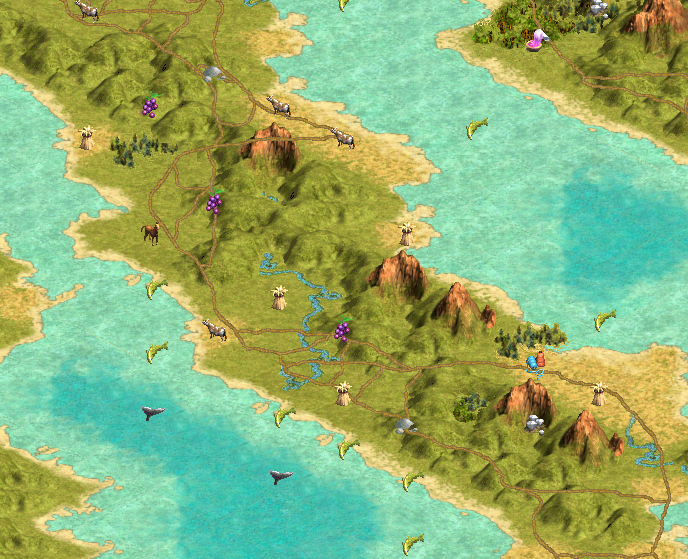 Roads are currently built instantly. In a future release we will add proper multi-turn building of roads, as well as teach the AI about road-building.

This feature was added by @Kright (who has not yet joined CFC).

A few changes had to be made to support loading art shipped with C7, as well as external art from Civilization III installations. This is now complete, and means that we start replacing Civ3 art with compatible (Civ3 format) art in earnest. All that is needed going forward is the art files being put in the correct folder in C7's code repository, and they will appear in game - no additional code changes needed. 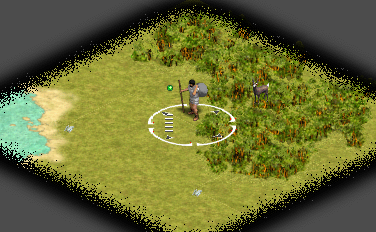 In other words, the floodgates can now be opened. In addition to @Plotinus , I'd like to thanks @Kyriakos for his interest in this. When your city is ready, it can be added!

At some point after the full Carthage release, we will make more enhancements to support more modern file formats, higher resolutions, or culture-specific units. In the near term, however, adding legacy-compatible art is the priority.

Thank you to the 51 people who downloaded Carthage Preview 2, as well as everyone who provided ideas and feedback via CFC, Discord, e-mail, and GitHub.

We can always use more development assistance. WildWeazel has created a development virtual machine, which should make it easier to get started with development. We also have lists of good first issues for Carthage, as well as a broader list from which you can contribute. Let us know via CFC, Discord, or GitHub that you'd like to work on an issue, and what your GitHub user name is, and we can start adding you as a contributor and can assign the issue to you.

Art can now be added easily, and this opens the door both to artists and to someone being a community art curator. Having our own art is an important step to being able to market C7 more broadly, and it would be great to have a significant amount of community art shipping with the final C7 release.

I also recently created a requirements testing tag to note areas where we will need to test and document Civ3's capabilities in order to support equivalent behavior in C7. While there aren't many items there yet, this is a great opportunity for non-technical assistance. Now that the tag exists, I'll be adding items to it as I think of them.
Don't lose your grip on the dreams of the past. You must fight just to keep them alive.
C3C Cross-Platform Editor Version 1.44 | Civilization III Community Scenario DVD
Civ3 Stories & Tales: Conquest of the World (2007), The Space Race (2008), Wrath of the AI (2009), Scientific Anarchy (2018, updated 7/16/2022).
B

Good to see progress being made!

With each passing step we grow stronger!
You must log in or register to reply here.