As I continue to dig through the DSquared collection donation I'm finding all sorts of crazy stuff.. anyone remember this funny one called 'Shah of Darkness 2: Radio Wars'?

I used to be a member of Sidgames back in the day mostly on their Star Trek Birth of the Federation forum and saw first hand that sidgames owner Whistler (Kunal Shah) was an interesting character who was great at networking and building things but always seemed to be at war with someone over something and used the old ban hammer a LOT lol.

So presumably this scenario relates to some big incident with him lol. In the readme the author describes themselves as "me" making me wonder whether it was released anonymously. If not does anyone remember who made it? I asked Solver and he guessed @St. Leo but he wasn't sure. I notice a few other big sites and names are included as playable Civs such as @Mercator .

Regardless of his rough history with some of the fan base it's a shame Kunal Shah isn't still around as Sidgames was similar to Poly in that it hosted scenarios as well as hosting a bunch of satellite Civ2 sites (Civ2 Ziggurat, Jorrit's Civ2, Markus's Ultimate/Planet Civ2, Civ2 Scifilization) with their own scenarios too. From what I can tell none of them survived Sidgames's rather sudden disappearance and webarchive didn't backup any of the downloads. Now that we've got Apolyton (& it's satellites), CFC Atomic, and Dustin Dunns Zandanian League it means SidGames (& it's satellites) is really the last super site missing from the Civ2 preservation project. I should probably start mentioning this around a few places just incase any more anonymous donors feel like helping out on that problem too lol! 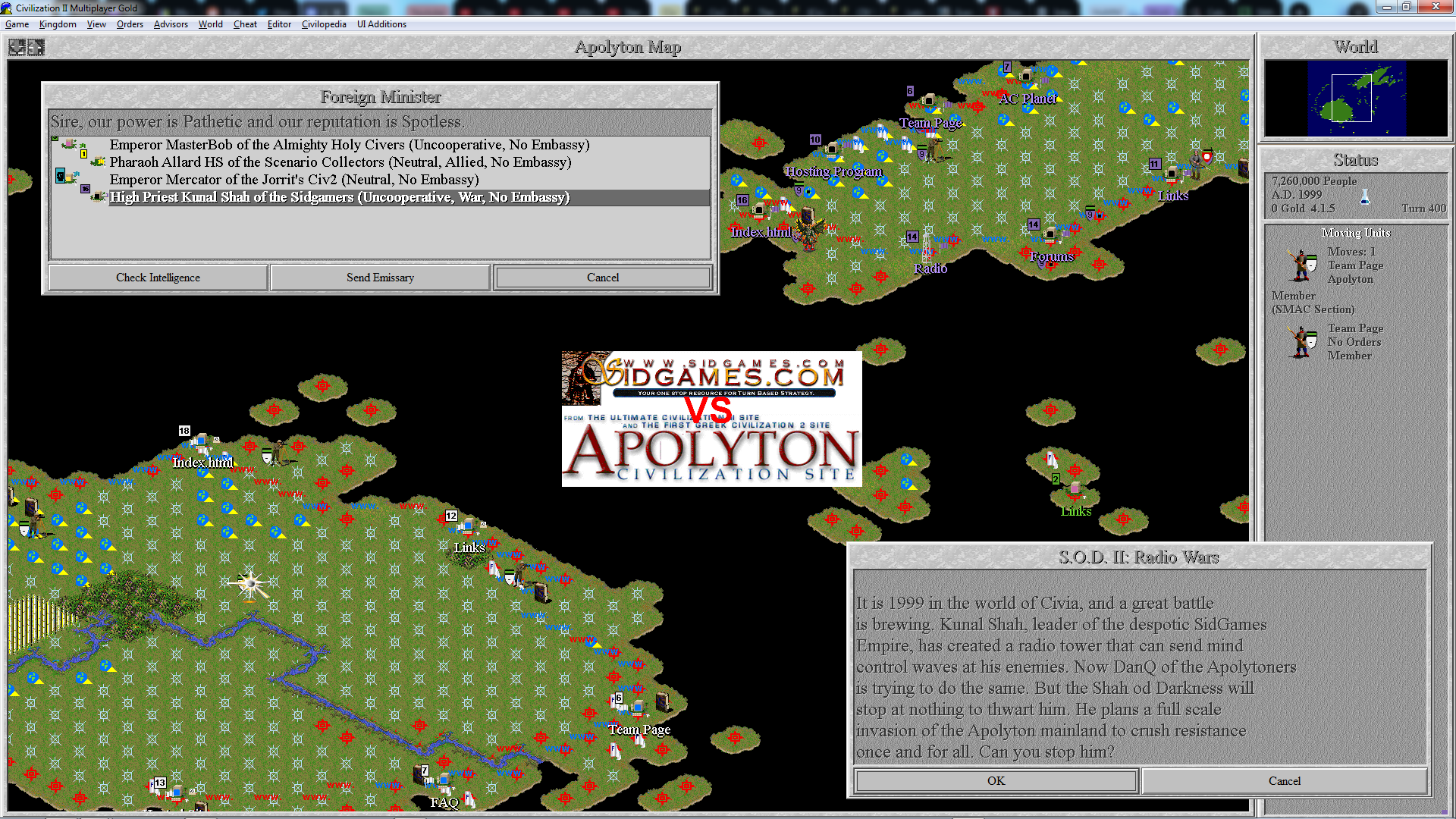