Thanks to @Moandor the Parrots are now also fully animated.

(Both of us also learned more about graphics again. 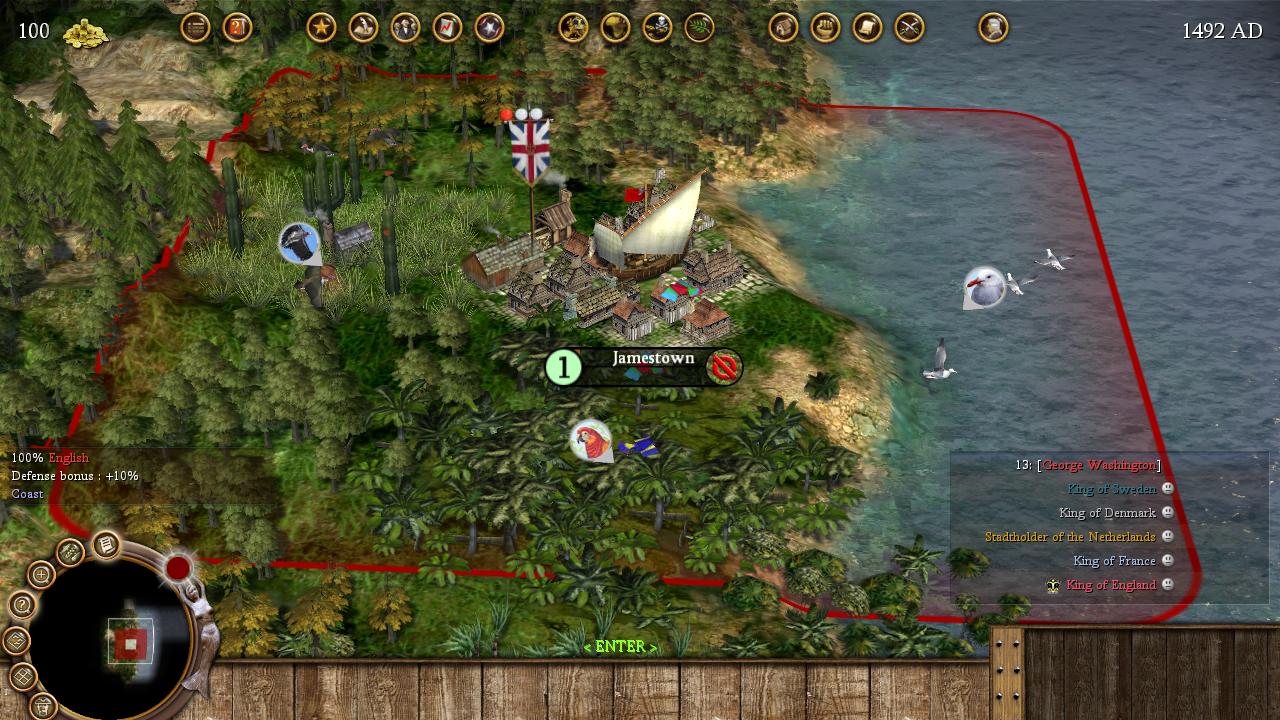 Thanks to @Moandor our Toucans are now animated as well. 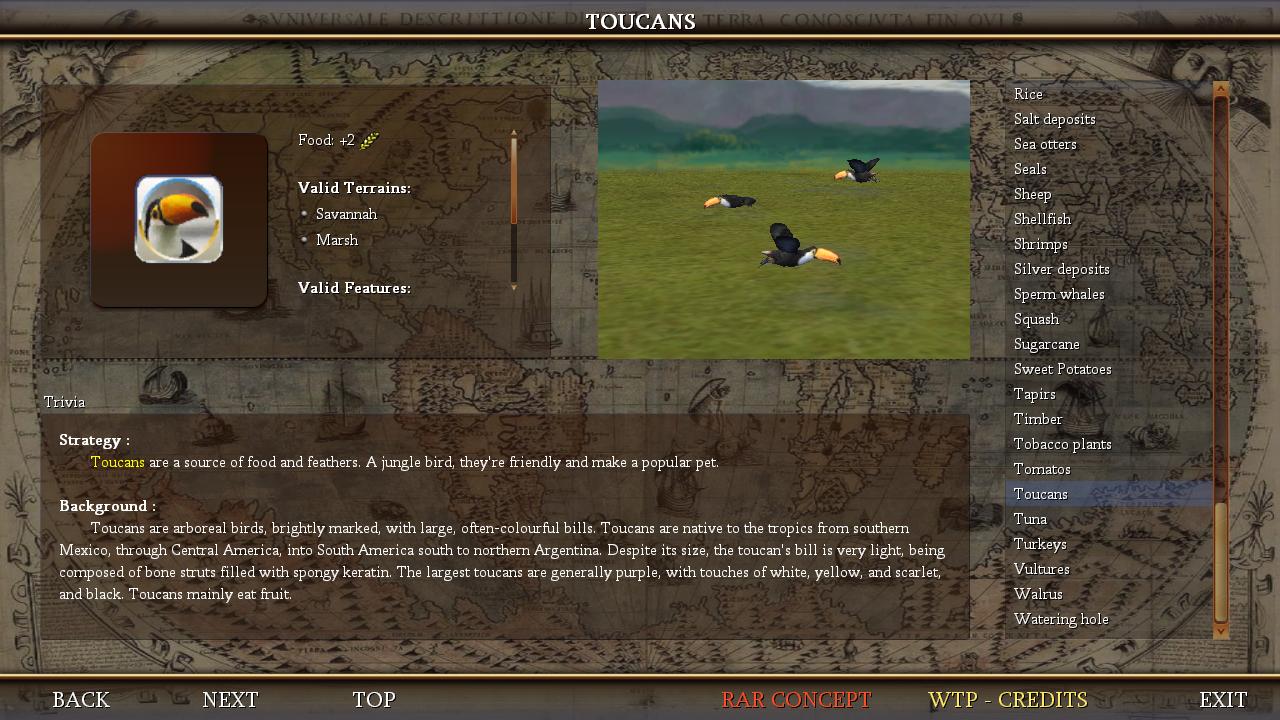 Henning a supporter over at discord "pimped our Main Screen" to higher resolution.

Thanks a lot ! We highly appreciate all contributions. 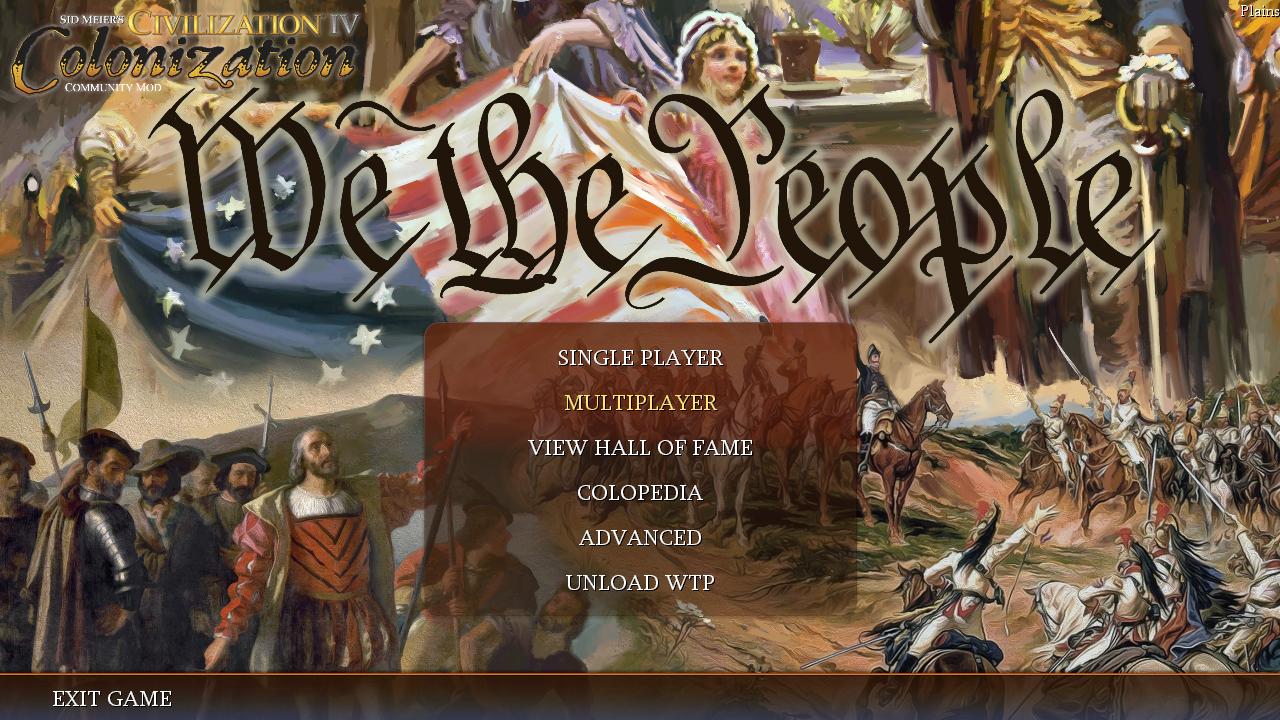 Our community member Ignasito (over in our discord forum) updated the Map "Americas Huge".

(To the Terrains and Terrain Features of development branch "Plains".)

It is thus our first map that has officially been updated to the new content of that branch.
Thanks a lot for the contribution - we really appreciate all support of our community members.

@Mr. ZorG
Please use that map in your next tests of "Plains".

If you feel that some things shoud be optimized, please feel free to do so.

(This is the tread that explains what I am talking about.)

Guys, I really need somebody to help me with this.

The "Pathfinding System" is beyond my skills as a programmer.

As explanation, the "New Movement Cost System" itself works perfectly fine.
Just the "Pathfinding System" also needs to be adjusted to consider these new rules.
(Calculating and showing a preview how long a Unit may take to get to a destination.)

Edit:
All my changes in the source code can be found with this comment.
// ray, new Movement Calculation - START

@devolution
I know you are currently not able to take a look at this because real life keeps you busy.

But is there a chance that you may take a look at it sometime in the next 2 months?

@Nightinggale
I purposely not ask you to help with this because you should have time for all the other topics on your list.
You are already working on many important bugfixes and should be able to concentrate on these first.

It really does not hurry, I just want to know if there is somebody that may help me with it.

Otherwise I need to go and ask other skilled Civ4BTS programmers like @f1rpo if they might support.

By the way:
New Movement Cost System has gotten overwhelmingly good reviews from our alpha testers.

(It is really a great innovation and some of the Civ4BTS mods may even want to adapt it.)
Last edited: Jan 1, 2022

I don't think I'll be a great help with this. I expect that some trial and error while inspecting code in the debugger will be necessary, and I wouldn't want to get involved to that extent. (I don't even have a development environment set up for WtP/Civ4Col.)

Hm, ... I thought you might be some AI writing software.

But good to know that you are human.

f1rpo said:
I expect that some trial and error while inspecting code in the debugger will be necessary, ...
Click to expand...

It is not crashing.

It is just not showing correct values since the paths will now actually take more turns as displayed.

But yeah, debugging might be necessary to understand how "Pathfinding" actually works.


f1rpo said:
I wouldn't want to get involved to that extent.
Click to expand...

Just thought that potentially this might be an interesting feature for your mod as well.

(Although I understood that you focus on AI improvements and not on adding / changing game content.)


f1rpo said:
I don't even have a development environment set up for WtP/Civ4Col.
Click to expand...

I know that getting into somebody else's unknown DLL source code is lots of effort.

(I normally also would not do it, because it really takes lots of time.)

But currently I am grabbing for every straw I see.
Pathfinding is really not the most trivial logic in this game.

Fully understand that you want to focus on your own project.

(Just thought that this might be interesting for you as well and asking never hurts.)

raystuttgart said:
Just thought that potentially this might be an interesting feature for your mod as well.
Click to expand...

If the "pathfinder" branch were already merged, then I could look into implementing a prototype in my mod, and the result would perhaps be easily portable to Col. As it is, you still have just the Firaxis pathfinding code. That being said, I've restructured the K-Mod pathfinder well beyond the WtP pathfinding branch, so even once that is merged, WtP and my mod may not really be compatible.

f1rpo said:
If the "pathfinder" branch were already merged, then I could look into implementing a prototype in my mod, and the result would perhaps be easily portable to Col. As it is, you still have just the Firaxis pathfinding code. That being said, I've restructured the K-Mod pathfinder well beyond the WtP pathfinding branch, so even once that is merged, WtP and my mod may not really be compatible.

@devolution has worked a lot on pathfinding in his development branches and he knows best what he wants to do considering pathfinding.
Maybe he already has plans to merge in more of your work. So I guess it is best we simply wait until he is available again.

Maybe one day AdvCiv and WTP pathfinding may be more compatible or even share the same algorithm.
But true, there are uncounted other differences in our mods that make them overall quite incompatible.

It just bugs me that "New Movement Cost System" is not yet fully finished since it is a really cool feature in itself.
(I am currently a bit afraid I would have to throw it away because otherwise "pathfinding" is messed up.)

Sorry, for being impatient.

Just bumping this thread so we have it on top of the list.
(It is more or less the current status of open todos of "Plains".)

Status of the branch is basically unchanged since Jan. 1.

Since currently nobody is working on these topics - incl. myself - it will probably stay this way for a while.

A lot of the stuff may be considered optional and just become a "long term todo".
Some of that stuff however is not optional, like e.g. the adjustments of Maps and MapScripts.

Maybe at some point we should replan and simply throw out of the planning whatever we do not care enough to finish.
Whatever does not inspire motivation to work on also cannot be important enough to keep it in the planning.

However:
"Release Candidate 3.0.2" which is supposed to publish bugfixes and improvements has higher priority atm.
(Also because it is maybe a smaller package and could be a small success message to build on.)

After that we should take a look at "Plains" again to decide how we will procede with it so it could at some point be published.
(If it is not published with all of its contents so be it. Maybe we could publish at least a little of it though.)
Last edited: May 9, 2022

They basically use the "Crab" animation - but at least they move a little bit.
(Sorry, I do not know how to create new animations, so I could not deliver / create anything better.)

These are the remaining main issues of "Plains".
(All the rest is kind of optional for now and could be added in later releases.)