AltF18's Azeroth scenario was already here at the CFC downloads section & also had an old thread at Poly so was easy to find. The scenario contains some nice total conversion graphics (a few flaws but pretty good) making you feel like you're in a sandbox Warcraft scenario.
https://forums.civfanatics.com/resources/azeroth.6586/ 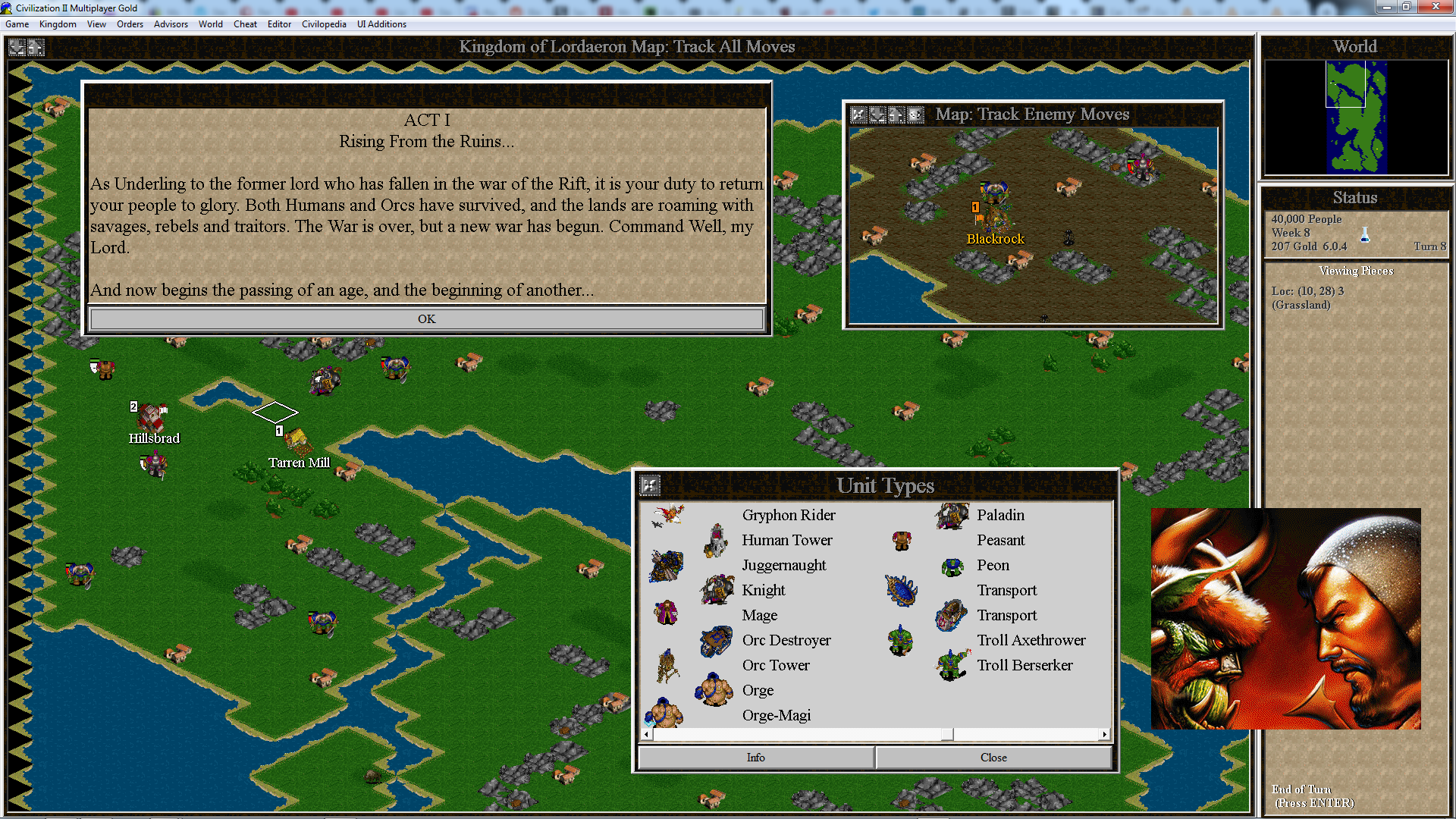 In the Azeroth readme it mentioned using units & cities from another WC scenario so I went hunting and found a copy of it in the Apolyton backups. This older scenario was called MaTT_SMiT's Warcraft scenario which I've just uploaded to CFC now. Unlike the above 'sandbox start fresh' scenario this one is a battle scenario however it has no custom terrain graphics.
https://forums.civfanatics.com/resources/warcraft-scenario.28946/ So I figured I'd do a quick graphics transfer applying AltF18's custom Warcraft graphics over to MaTT_SMiT's scenario. This is just a quick and dirty transfer so I only modified a few things in AltF18's graphics to better suit Matt's scenario. Obviously in a perfect world I would love to re-import fresh pixel perfect terrain extractions from Warcraft 2 but I don't have the time so AltF18's original graphics will have to do lol! Oh and just for fun I stuck in the entire Warcraft 2 midi soundtrack too! Simply extract the addon files in the zip attached to the bottom of this post into MaTT_SMiT's Warcraft scenario folder and you're good to go. It should now look like this...
https://forums.civfanatics.com/attachments/warcraftaddon-7z.599891/ 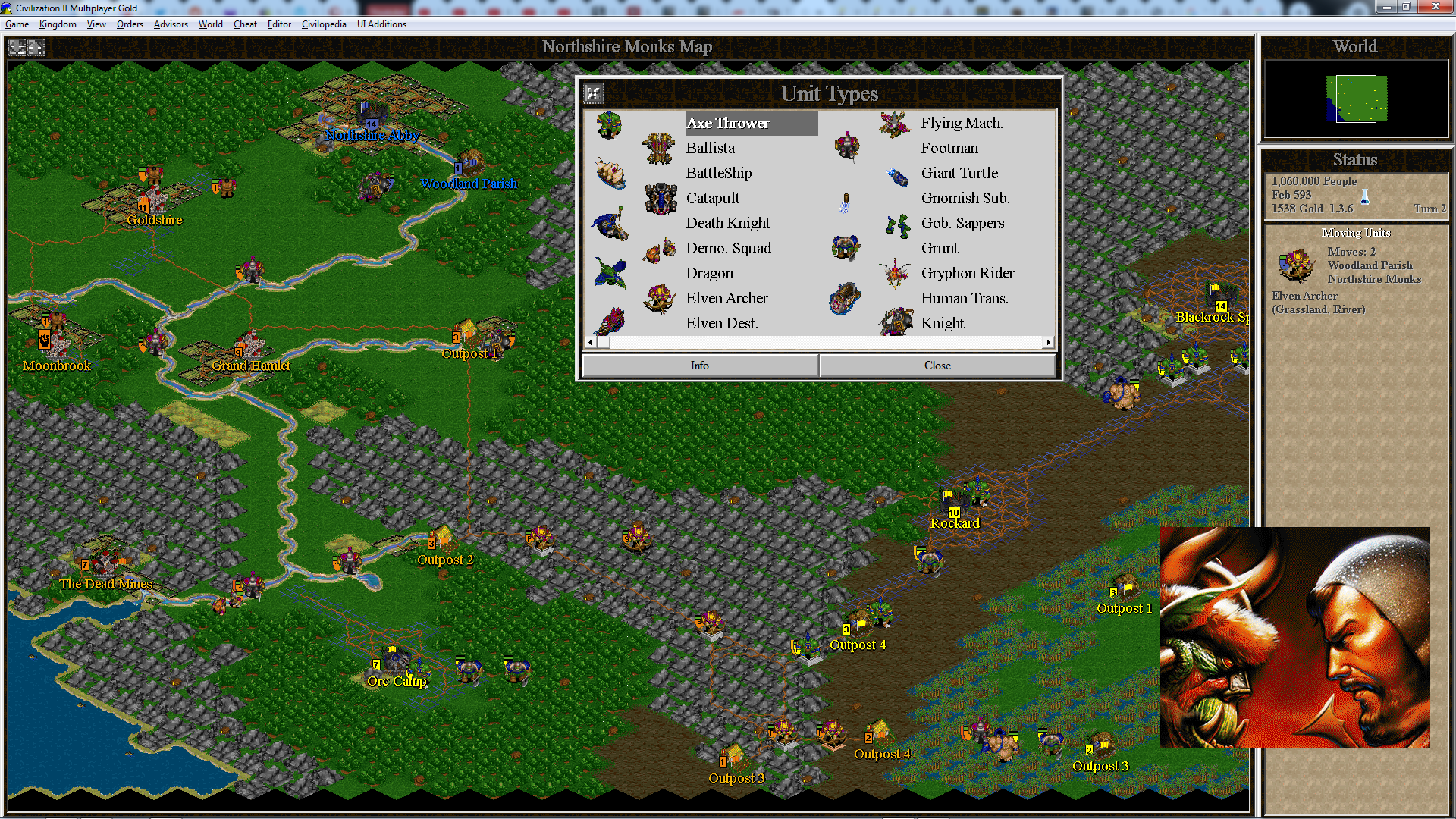 Update:
I just updated the Addon attachment in my first post above as I thought it would be fun to add the entire Warcraft 2 midi soundtrack too!

DAMN I've forgotten how good that soundtrack is.. makes you wanna strap on some armour and charge into some ancient battlefield lol.