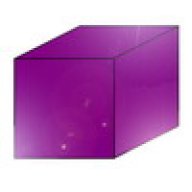 I was hoping there was something I could use with 3D max. I basically have zero knowledge or experience with any other modeling tool. Sep 9, 2018