Voting Instructions
Players, please cast your votes in the poll above. Vote "Yea" for every proposal you'd be okay with if it were implemented. Vote "Nay" if you'd be okay if these proposals weren't implemented. You can vote for any number of options.

All votes are public. If you wish, you can discuss your choice(s) in the thread below. You can change your vote as many times as you want until the poll closes.

Proposal Details
There are players that enjoy the feeling they are playing against an AI that is playing the exact same game they are. No bonuses/no penalties, just their skill against the AI. Further, it would be useful to have the ability to see how good our AI really is without its "crutches", aka how smart has the AI truly gotten?

With that in mind, the proposal.

Stated plainly, once done, the AI should receive 0 advantages or disadvantages as compared to the human.

Proposal Details
Note: I have a separate proposal to remove AI randomness for policy, tech and city production choice on all difficulty levels, which does not conflict with this one: https://forums.civfanatics.com/thre...ifficulty-randomization-of-ai-choices.679135/


Current Status of Difficulty in VP
I have updated the guide for difficulty bonuses in VP (as they are currently) on the wiki for everyone's reference. Feel free to refer to it as you read this proposal to understand the changes. 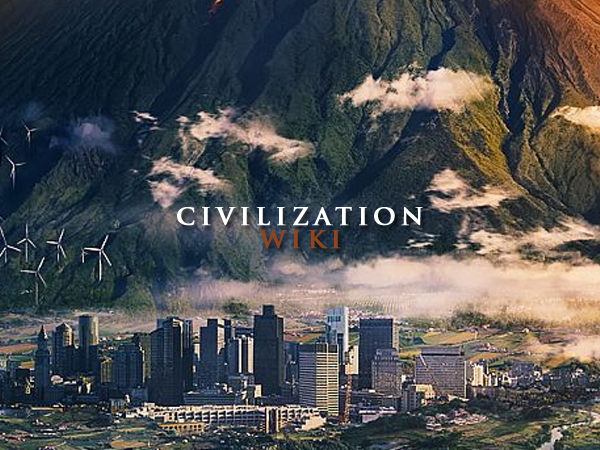 The difficulty bonuses in the Community Patch are largely unchanged, but the rest of Vox Populi change difficulty bonuses greatly, as described below. The information listed below is accurate as of the 3.0.4 release version. When playing on difficulty levels higher than Warlord, the AI receives...


Problems With Existing Proposal
Making Chieftain bonus neutral without changing any other difficulty levels has problems with it.

This is very unintuitive, weird for newcomers, and just bad design, in my opinion.


Problems This Counterproposal Aims To Resolve

The goals of my proposal is to make Vox Populi appeal to more segments of our target market, improve the general feel of the game, and to resolve the Barbarian issue. Thank you to @azum4roll and @Rekk for their early feedback on this proposal.


My Solution
The basic ideas of my proposal are to:

Keep in mind that while Warlord will be bonus neutral and Settler will be easier, Prince and King will each be a fairly big jump in difficulty. Emperor+ will feel roughly the same, minus the doom carpets and with the AI having to do a bit more work. But I think this new system will work well and I would like to give it a try.

Table of Revised Player Bonuses
For the current values, see "Current Status of Difficulty in VP" above. AI Players have their own difficulty level and receive all of the bonuses in that column no matter what difficulty humans are playing on. These bonuses are equal to those of a human player on Warlord.


Note on Barbarians
- Currently, the EarliestBarbarianReleaseTurn is a base value which has up to 15 turns randomly added to it at the start of the game. This is way too much randomness for my liking. I propose we reduce it to +/- 2 turns, and I bumped up the base values accordingly. In multiplayer I'll disable the randomness entirely (though I doubt it will affect much considering multiplayer's current instability).

Note on HumanStrengthPerceptionMod
- Formerly known as AIHumanStrengthMod, this value is now reduced due to the removal of AIUnitSupplyPercent. The strength perception bonus can be reduced or removed if the human player is overwhelmed with wars or doing poorly in them.

Table of Revised AI Bonuses
For the current values, see "Current Status of Difficulty in VP" above.


Note on AIUnitUpgradePercent
- Currently, this bonus is applied to the unit upgrade cost after it is reduced by AITrainPercent and AIPerEraModifier, which is double-dipping that trivializes unit upgrade costs. As part of this proposal, I will change unit upgrade costs to be based on the unit's base production cost, not its cost reduced by difficulty. To offset this, the bonus has been increased a bit on higher difficulties. AI will actually have to spend Gold to upgrade units now.

AI Periodic Yield Bonuses
The amount of yields gained on difficulties above Warlord is calculated as follows:

The types of yields granted for each trigger are as follows (no Production bonus anymore, Food yield is divided amongst all of the AI's cities):
The yield total is multiplied by InstantYieldPercent and divided by 100. InstantYieldPercent is 50 on Quick speed, 100 on Standard, 150 on Epic, and 200 on Marathon.

This should address the concerns about insufficient Barbarians and allow them to stay relevant longer, while still allowing "pirate islands" to persist in the high seas.


Randomization of AI Decisions (City Production, Policies, Techs)
This will depend on the results of my other proposal. Whether it passes or fails, it will have no effect on this proposal.


Integration of Alternate Difficulty Mod Columns
Regardless of whether this proposal is approved, I will add some (or maybe all) of the difficulty settings that Milae added for his Alternate Difficulty modmod, and may add a few on top of that. They will be disabled by default, but will add additional customizability for modders and players.
Last edited: Oct 25, 2022
CFC Moderator focused on the Civ 5 Creation & Customization and General Discussions forums. Developer for Vox Populi, the Community Patch Project for Civilization V.

Please post your bug reports on the project's Github issues tracker, not on the forums. If you make a bug report on the forums, there is a high chance it will not be addressed, as there are too many to keep track of.
S

Actually, I already configured my game to be exactly this once, to have the AI use its full brain instead of relying on bonusses, which means they snatch away world wonders before you are physically able to get them.

I think this proposal is great, but I think it's impossible to execute. It would be great as a modmod, just to show it's even possible to make this a reality, because I couldn't get this to work.

Yes that's right, I adjusted all the values, but still the AI was far too weak considering the AI systems currently in the game, even when picking their best options, are not nearly as good as the best option the player would pick.

I voted yes, but I think it's impossible.

What exactly do you think is impossible?
S

So one thing I'm confused about in the B proposal. The AI is getting less supply and less free production, so it will be easier. But the description says immortal and deity will be roughly the same as they are now, so what did they get as compensation to keep them at roughly the same difficulty?
S

I have taken the first table and actually compared it to the wiki. I have bolded the actual values that have changed in this proposal, which will hopefully clarify a bit what changes are occuring.

Stalker0 said:
So one thing I'm confused about in the B proposal. The AI is getting less supply and less free production, so it will be easier. But the description says immortal and deity will be roughly the same as they are now, so what did they get as compensation to keep them at roughly the same difficulty?
Click to expand...

It will be slightly easier without the instant Production, but considering that AI had already built all buildings by midgame on Prince difficulty, I don't think it will make a substantial impact, except for removing the AI's advantage towards building World Wonders and World Congress Projects which IMO isn't fun.

The reduction of doom carpets may be more of a balance concern, but I'd like to see how impactful it actually is first.

Anyway, it was more of a statement of where I envision the difficulty being. If we playtest it and Deity players are unhappy with how easy it is, it's easy to tweak the numbers.
CFC Moderator focused on the Civ 5 Creation & Customization and General Discussions forums. Developer for Vox Populi, the Community Patch Project for Civilization V.