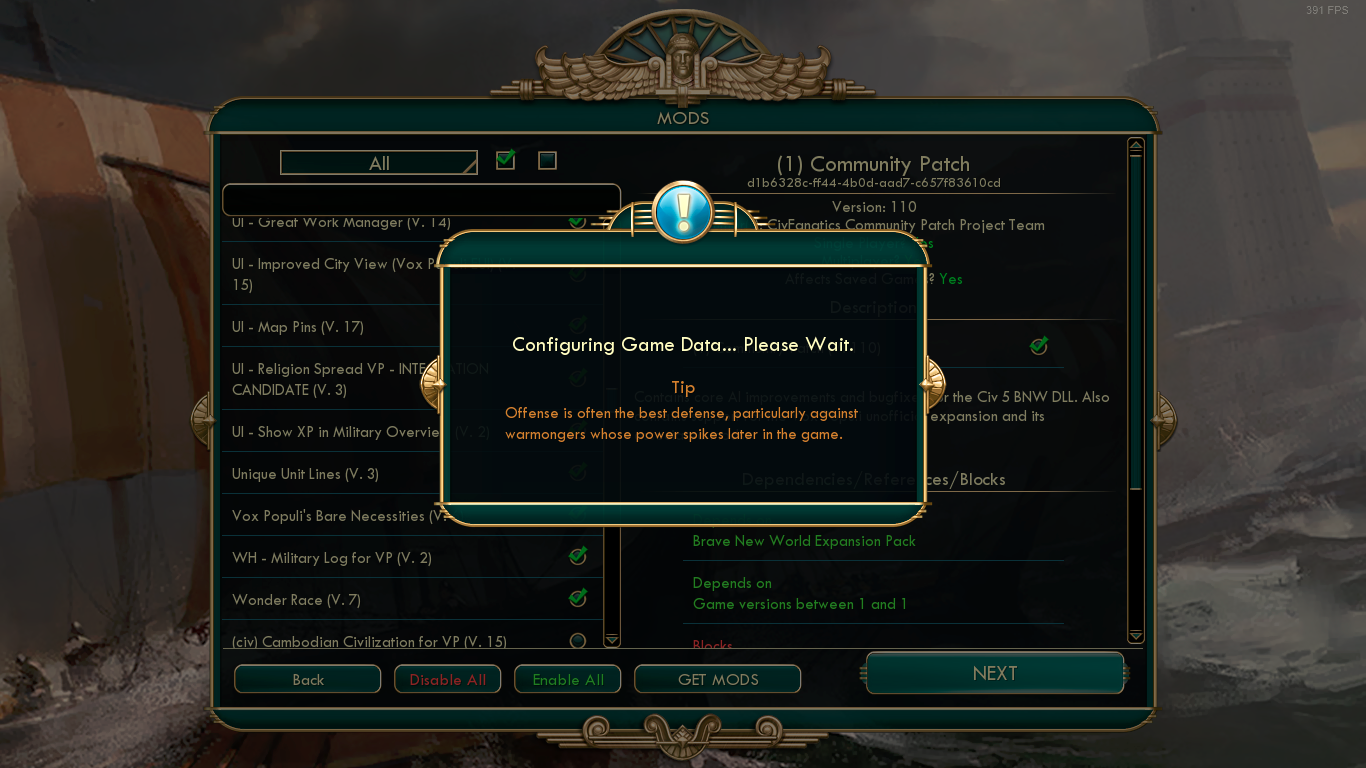 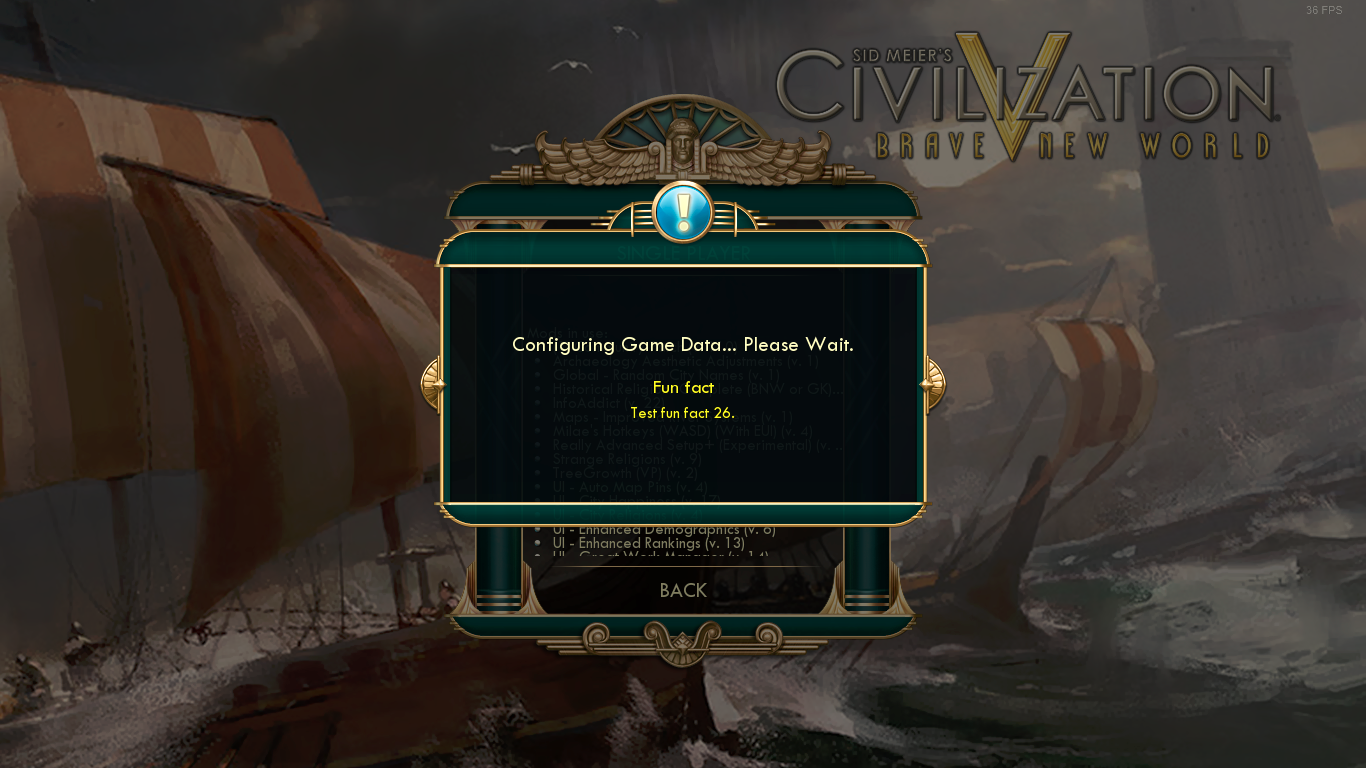 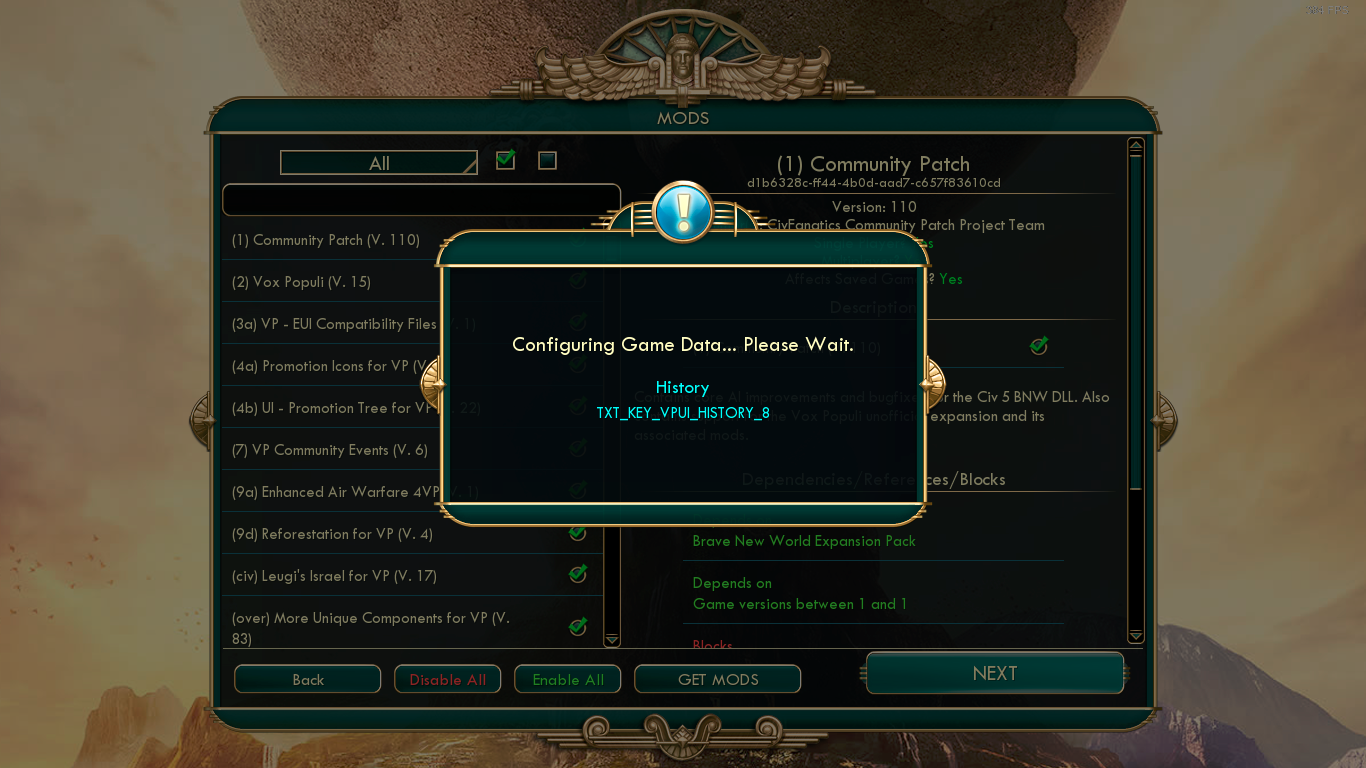 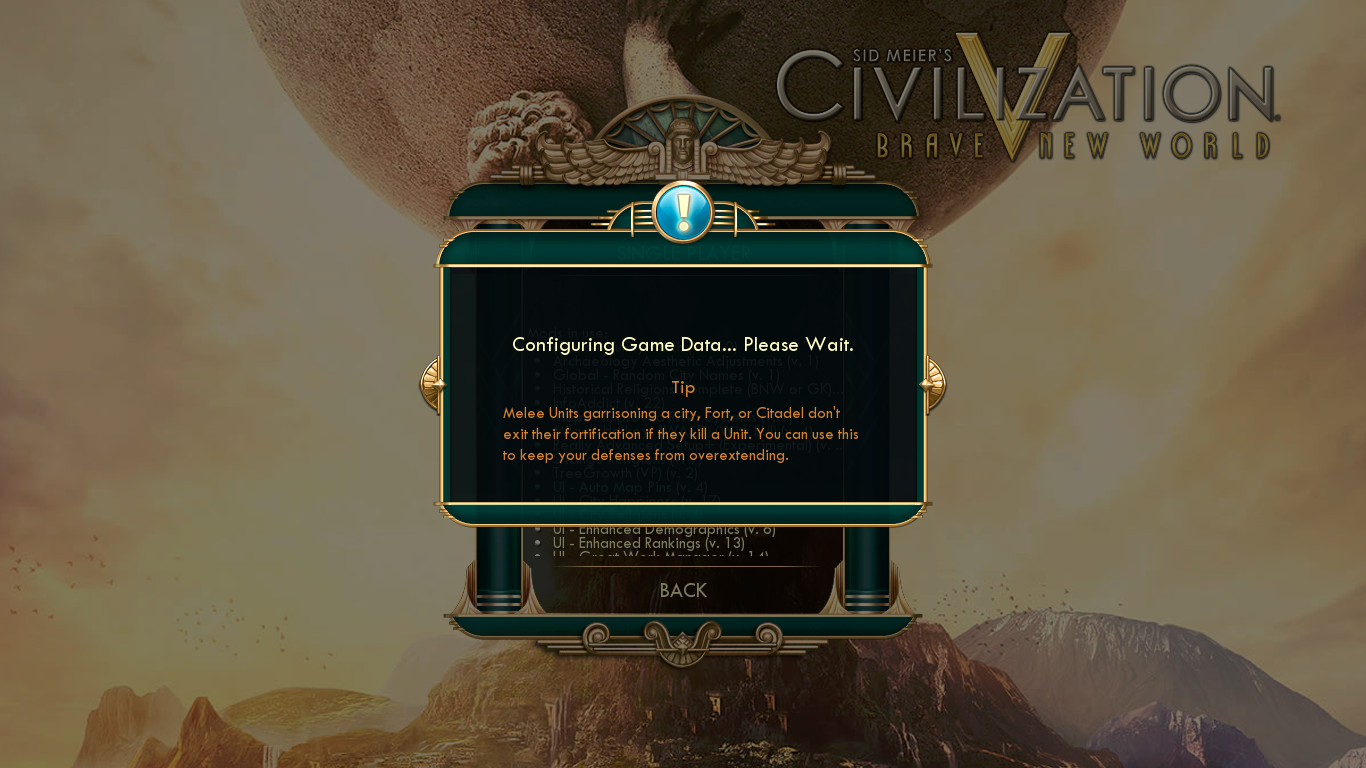 I modified the VP Tips, so it can show more tip types.
Currently, it's placeholder texts and can be easily changed to a proper one, and now even support localization because the texts are not coded into the LUA file.

So what do you think?

fix things. These are my

"You can press W to deselect the selected Unit (once every Unit has been given orders). Doing so will prevent accidentally moving that Unit."
"Horses are required to build Agribusiness Buildings, so stop trading yours away once you enter Industrial Age."
"Don't explore during Turn 1. You don't get anything from discovered City States if they haven't established their City yet, or if you haven't established yours."

Isn't it bad tho? Exploring T1 would help you make a better decision where to settle.

MEQ said:
"You can press W to deselect the selected Unit (once every Unit has been given orders). Doing so will prevent accidentally moving that Unit."
Click to expand...

I really needed to know that, thank you very much!

Without some super mobility early on, the odds of that happening are extremely low.

MEQ said:
"You can press W to deselect the selected Unit (once every Unit has been given orders). Doing so will prevent accidentally moving that Unit."
Click to expand...

MEQ said:
"Horses are required to build Agribusiness Buildings, so stop trading yours away once you enter Industrial Age."
Click to expand...

Doesn't need to be a tip.

You mean, one of my tips was actually good? That's incredible! Okay okay, how about these?

"To best see your Starship launching, Zoom in only once from game bootup position. That flame blast happens off screen no matter what, and you get more sounds the closer you are."
"Puppet (not Annex or Liberate) a City State if you want to force a Sphere of Influence. You will get the Events immediately after."
"Pillaging heals that Unit's HP, makes enemy Units fighting it weaker (due to unhappiness and resource requirements), grants Gold to buy it reinforcements, and makes the war it's stuck in shorter (due to Warscore)."
"The cooldown between Declaration of Friendship requests is 60 Turns. If they don't ask you, don't bother asking them, because if they would befriend you, they will immediately seek to do so."
"There's a finite amount of Great Works. When they're used up, you can't generate any more, and instead must use that Unit's other ability."
"City States don't care if you take Artifacts from their territory."
"Civilizations don't care if you build an Embassy in their City State Ally's territory."
"You can turn down trade offers with no penalty. The Trading mechanic only either raises friendship, or does nothing."
"Ancient Ruins have a chance to upgrade Horsemen into Knights, which are utterly unstoppable in Ancient Era."
"Press V to see your Advisors."
"You can't win World Congress Projects with just 4 Cities! Light a thousand fires."
Last edited: Nov 7, 2022
S

Check your monopolies before building the East India company. An extra luxury from the right city might give you a new monopoly.
You must log in or register to reply here.