This was a game where all of the civilizations started at war with each other. My initial plan was to make these permanent wars, but I decided it was only fair to give you all the option to pursue a peaceful victory. Well, there are a bunch of awards I'm unable to hand out in this game, because it turns out that nobody took that peaceful option!

So who did get that award? Look way, waaaay down in the Results list, where frederiksberg earned both the Fastest Conquest and the Lowest Scoring Conquest awards with a victory in 75 AD! Yes, frederiksberg's impi tore through the enemy so quickly that there was no time for accumulating land or population or scientific research, those trivial things that the computer weighs so heavily in the final score.

zbgayumn gets Lowest Scoring Domination. donsig, as the only player to post a loss, gets a matching pair of ambulances.

No awards for the rest of you, but still very respectable scores, all around. Thanks for playing my game. 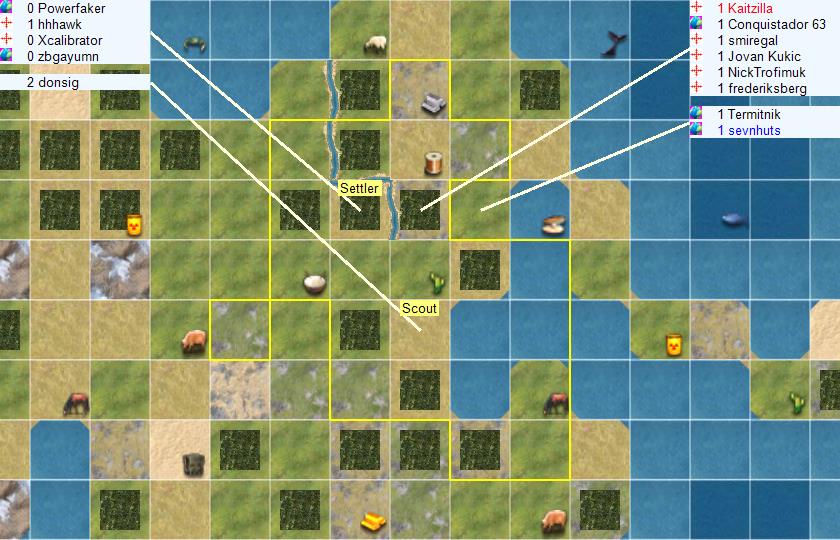 Thanks for the game! It certainly opened my eyes to the usefulness of the Impi for pillaging and suppressing the development of the AI opponents. Congrats to everyone and thanks to @Kaitzilla for proving my suspicion that the challenger save was winnable after all

Edit: Though the Impi were great, horse archers did the bulk of the work. Impis are slightly underwhelming city attackers, but can do the job of protecting the stack and cleaning up wounded defenders.
Last edited: Dec 11, 2022

I always try to go for it lately.
Kaitzilla vs. The World
The Largest Civ 4 Deity playthrough in history!​

I normally prefer to go for a Space Race, because it lets you play with many of the games features. But with this map, I approached the game like an "Always War" game and I think it helped me focus on conquest and I didn't do any of my usual meandering

Another shield for my collection! I guess this was the time to go for Diplo. Difficult because of the early war with everyone, but apparently you had all the time you could want.
You must log in or register to reply here.