SMACivilization - A CivII graphic retrofit project on the SMAX engine 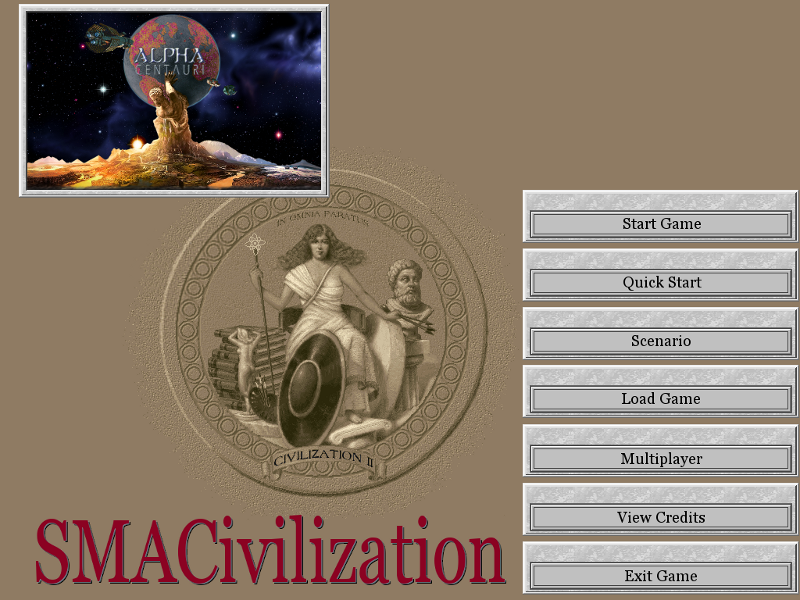 ​
-The idea being to make SMAX look as much as possible like CivII. Gameplay is already quite similar.

This project is at the very beginning -some technical problems I go into in the working thread at the link are holding me up- and naturally, a mod mostly for II-heads needs the input and feedback of II-heads. -But II terrain and much of the interface look are definitely doable. I just need some help with a few things...

Much more at the link: https://alphacentauri2.info/index.php?topic=22061.0
AC2 - a Civ-family forum for adults, where respect runs in all directions. -Pleasant OT conversation w/ pleasant folks in Recreation Commons.
JKStudio - Masks and other Art 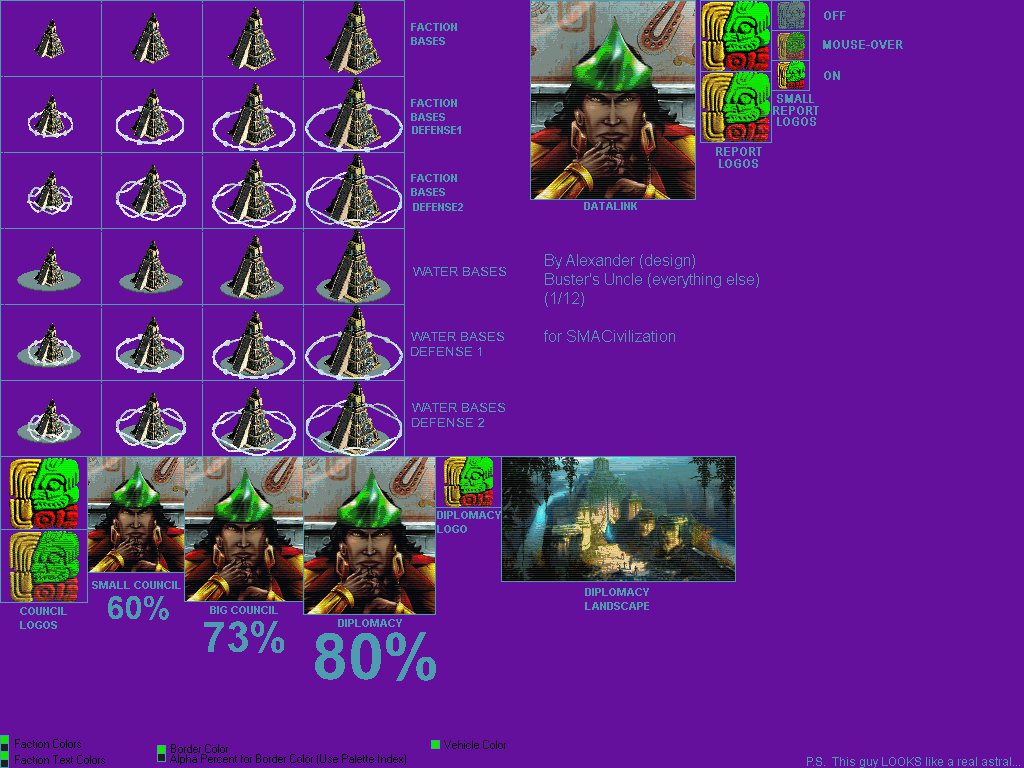 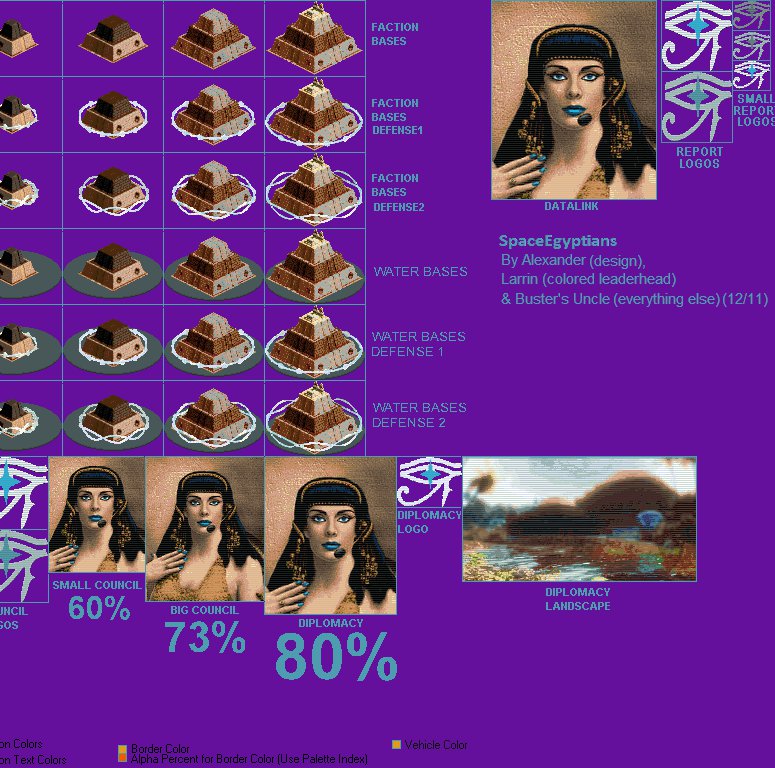 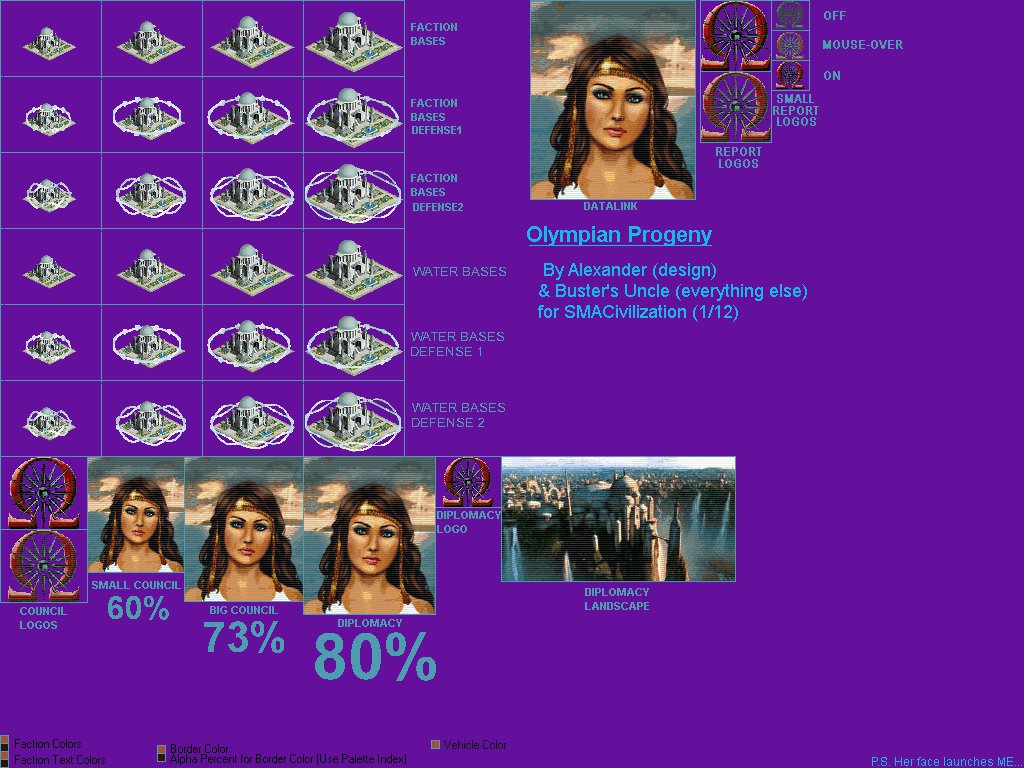 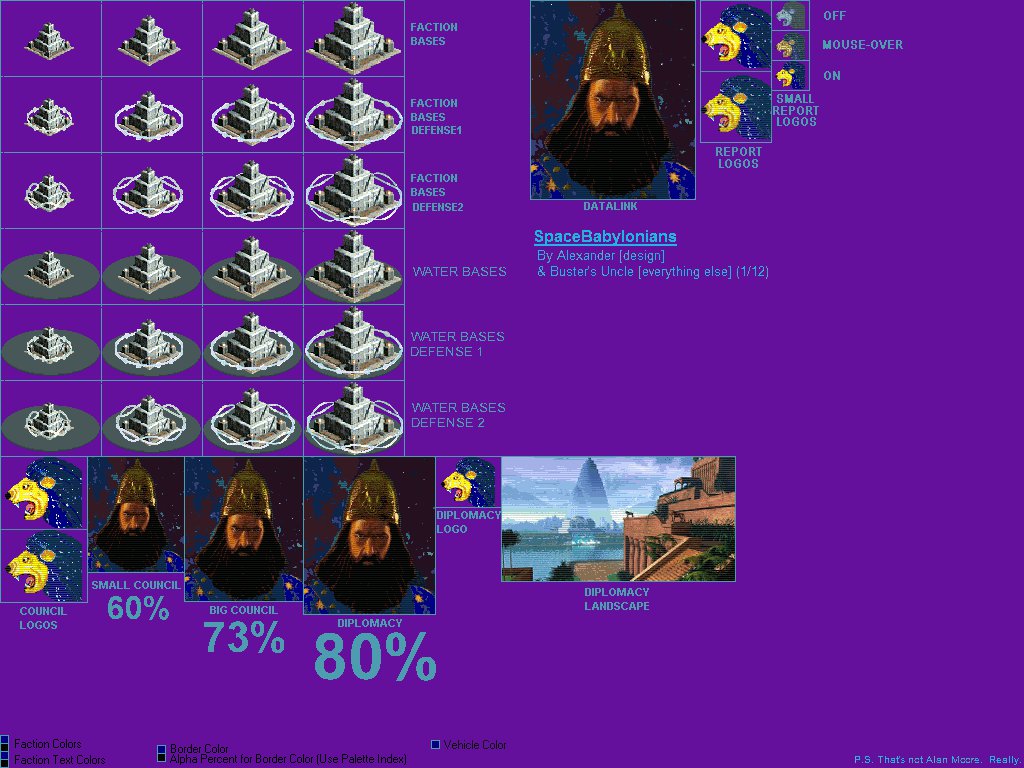 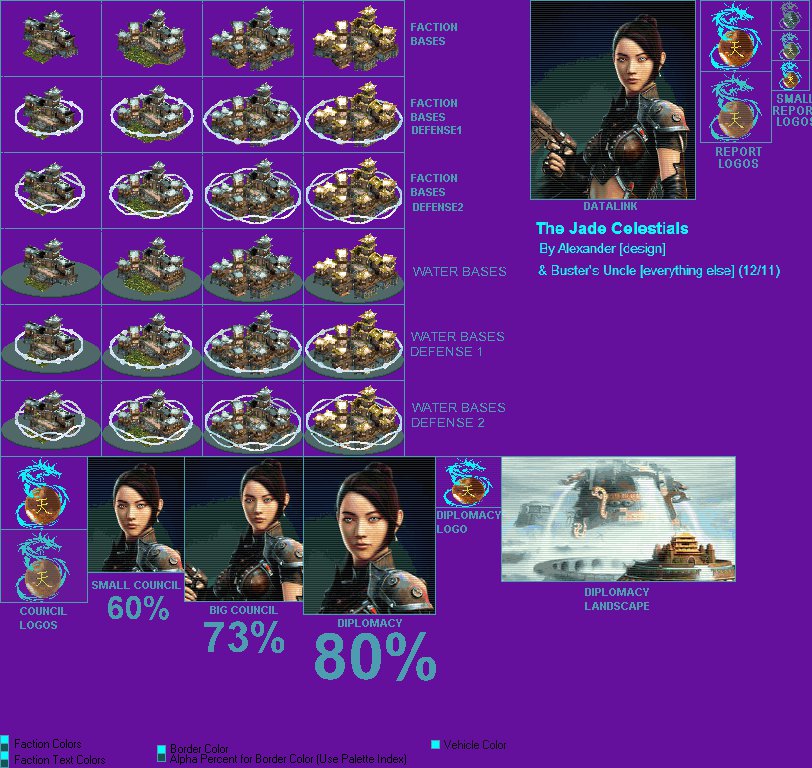 AC2 - a Civ-family forum for adults, where respect runs in all directions. -Pleasant OT conversation w/ pleasant folks in Recreation Commons.
JKStudio - Masks and other Art

I've been grinding away at mostly interface images, but check this out:

More to come-
AC2 - a Civ-family forum for adults, where respect runs in all directions. -Pleasant OT conversation w/ pleasant folks in Recreation Commons.
JKStudio - Masks and other Art
B

What is the essence of your project? Are you planning to make Alpha Centauri look like CivII? Alpha Centauri was a very good game (at the time). However, it is very different in gameplay and mechanics from CivII. Do you also plan to combine the gameplay elements of these games? It seems like there was a game many years ago that did something similar: Civilization Call to Power.

It's essentially right there in the thread title - a CivII graphic retrofit. I've been working lately on all the interface elements I can get at, to II-ify them. There is also to be a custom factions set -partly done in collaboration with Alexander a long time ago, who came up with the project name and this part of the concept- based on the idea "What if seven CivII factions made it to Alpha Centauri instead?" -Thus the futurey look of what faction art I've already posted.

There's definitely a bunch of text files I can alter to theme, though I've not decided whether to dive that deep. Input would be welcome. But changing gameplay would be way over my tech level. This is intended as more of a new skin -because I luvs me some CivII- aimed at all the CIVilians who always say "retina burning" about AC, also II-heads feeling a little burned out, same for SMACers bored after decades...

-I could really use all the input I can get; you'll find my working thread at the link in the OP. I very specifically need the help of someone with a graphics program that can handle a background-color palette issue GIMP won't. (My copies of Photoshop won't work on W10, and I refuse to throw money at the problem - again.)
AC2 - a Civ-family forum for adults, where respect runs in all directions. -Pleasant OT conversation w/ pleasant folks in Recreation Commons.
JKStudio - Masks and other Art
B

I agree with you, AC's base graphics look terrible. Even worse than the base TOT graphics. If I understand you correctly, will the game itself be based on AC gameplay?

-Think how much more you'd like AC w/o the grimy cyberpunk machine interface display, a w/ II-looking terrain...
AC2 - a Civ-family forum for adults, where respect runs in all directions. -Pleasant OT conversation w/ pleasant folks in Recreation Commons.
JKStudio - Masks and other Art
B

So, I'm not sure that personally I would like an improved version of AC now. At the time, I really liked this game with innovative gameplay changes. Much more than CivIII, released around the same time. The most valuable innovations that I remember are the 3D landscape, which has a vertical dimension, as well as the unit system based on the creation of "prototypes" (the player could create his own unit with completely arbitrary characteristics). Of the funny details, I remember "planet booster" and "nerve bonding for drones." )

However, the gameplay itself was based on giving each faction individual characteristics. Something similar was then implemented in all new versions of Civ, and this was one of the reasons that new versions did not become interesting for me. I've always been of the opinion that differences between factions/civilizations should be minimal and purely decorative. I know that most players take the opposite view, which is why these differences are persistently introduced into the gameplay of new versions of Civ. This is partly why I like Civ2.

AC became a one-time game for me, which I also never returned to. Although I have a working version of AC on my PC. A few years ago we even tried to play the multiplayer of this game, just out of curiosity, would it work. It seemed to work great, but the game itself wasn't appealing to me. However, as far as I know, some players even now play the original AC. I think your project will be interesting for them.

Dunno - I think what makes SMACX special is the story -which none of the official Civ games have- a grand transhuman epic, and that partly depends on non-interchangeable factions. I got my start as a modder doing custom factions...

AC2 - a Civ-family forum for adults, where respect runs in all directions. -Pleasant OT conversation w/ pleasant folks in Recreation Commons.
JKStudio - Masks and other Art
You must log in or register to reply here.

SMACivilization - A CivII graphic retrofit project on the SMAX engine