Arabia:
The player gets A LOT of camel archers, I guess it should help the AI conquer north Africa, the problem is north Africa is completely empty (at least in my start). Also camel archers can't conquer cities by themselves so I guess an AI wouldn't be able to use them. 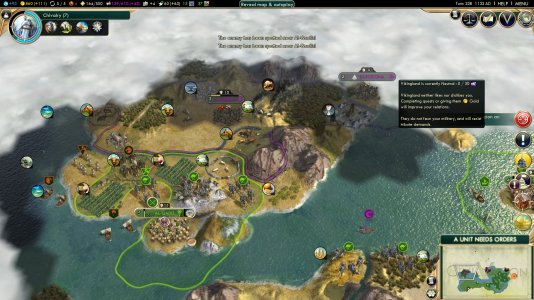 You see what I mean when talking about barren maps. 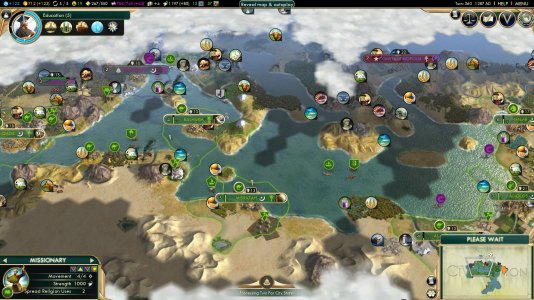 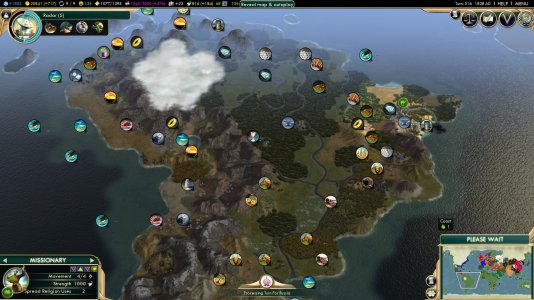 In the second one you can see Italy still has no cities in 1828. Maybe some civs should have overlapping settler maps, so when one is not there the other can take over the city settlement? This is even more important as, for example, if you choose a later civ there will be no Rome to fill Italy. And/or more city state spawns would be nice.

At some point after 1800 England collapsed and was replaced by Celtia. Cool but weird at the same time

As for the UHV I don't think it's possible at the moment. I converted 90% of the cities on the map but I don't feel like going for 100% would help me. 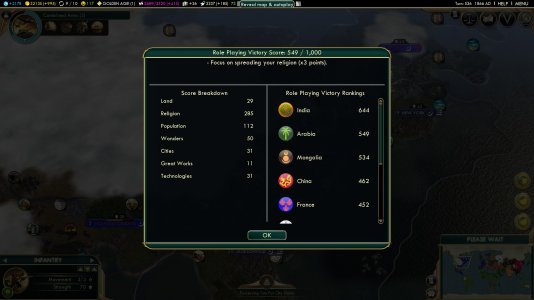 No UHV for them so I decided my objective was to colonize Siberia.
Mongolia had a lot of troops but was never a real threat, even though it declared a coordinated attack with Turkey later on. It seemed too busy being at war with everyone else.

Another empty map, but it got better later on with Austria and Turkey spawning. 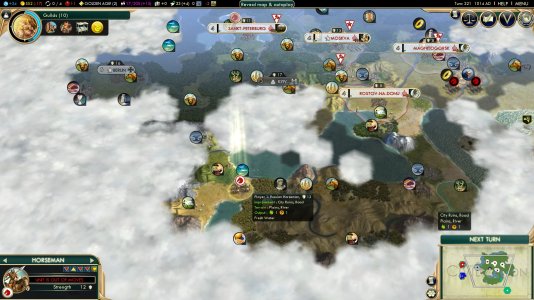 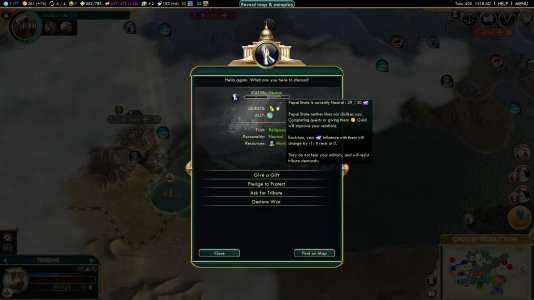 France conquered Germany early on. Later Spain conquered Bordeaux (capital) and France collapsed. This is the result of the collapse. 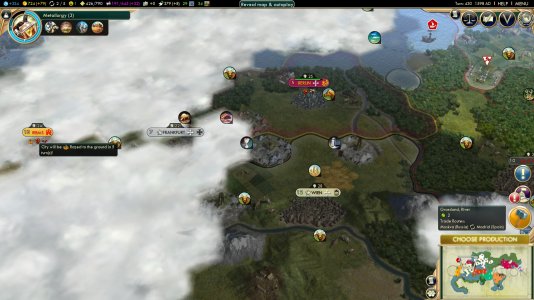 Notice Spain razing a big city. After this everyone hates Spain for a while and eventually almost every civ in the game declared war on them. England ended up conquering almost everything and raze most cities in Europe.

Also I got a civil war with Soviet Russia and they insta razed 2 big cities in Siberia, not cool!

Interesting I also got a lot of the 'for there was no more world to conquer' syndrome, when I was playing as mongolia- by the time I got to europe half of it was burned down, not surprised north africa would have the same.

Funny you also had Celtic england- half of europe was that way when I finally made it to the 1900's in my greece playthrough lol.

Yeah I guess celtic England could represent maybe scots taking over the government so it's not really a problem, but it's fun to think of them as a council of druids ruling over modern Albion hahah

So your playthrough inspired me to do the same!

I also got a Tunisian Pope? Very funny encounter

What cities did you colonize in siberia? I found that the inability to traverse tundra made it very hard for my settlers to do much so I settled with making a mega-city in the USA

How did you deal with the ottomans? They were harassing me up until I burned down trebzon but they were waging war any given chance and it became a bit of a headache.

Wow it can't be a coincidence, if you got tunisian Pope too XD

Can't remember the names of the siberian cities now, but yeah it was difficult to reach all the way to Vladivostok. I got there by open borders with China but I ended up having a bit too many cities so I got a civil war later in the game :\

As for the Ottomans, in the beginning they declared a coordinated war with Mongolia and they almost took Rostov but I managed to put a citadel in the caucasian choke point and I was able to destroy their army. After that war they never attacked me again because they were too weak.
I don't know why they always tend to do badly in my games. It seems to be the case for all the later civs, especially the USA.

Interesting I did the citadel after they collapsed mostly out of spite and not wanting anyone to found any cities in that area from that point on.

Just about all late start civs in my games tend to do really well- austria took over most of the continent and the ottomans had taken india until they collapsed.

However America never got past the east coast before natives wiped them out
You must log in or register to reply here.