​
Version: 0.41
Requires Civilization IV: Beyond the Sword patch 3.19 or greater

Reviews:
Fall from Heaven II: before the Fall by Tom Chick
"Golems, not guns. Werewolves, not wolves. These are the ideas behind Fall from Heaven, a superb reworking of Civ that takes it to new fantasy realms" - PCGamer (07/2006)
"The real competition for Warlords is stuff like the superlative Fall from Heaven mod" - Computer Games (10/2006)
"I would never play that" - Kael's Mom (06/2007)
Nothingland Fall from Heaven Review
"Thanks, Kael. For destroying what was left of my weekend, you dick!" - Tom Chick (12/2007)
#2 on PC Gamers list of "200 Reasons to Love PC Gaming"​
Fall from Heaven II is a dark fantasy mod for Civilization IV. The Age of Ice has ended, what is left of the once great empires of man have formed into small tribes, ready to rebuild and retake that which was lost. But the world is not empty. Hordes of barbarians await these new civilizations. Wild animals stalk hapless scouts and reckless emissaries. Giant spiders lie in patient wait in the jungles and the forests waiting for their prey to take that last, fatal, step.

There is great evil, but also selfless good. There are those who strive to remain neutral in the coming conflict as opposed ideologies break the world asunder once again. The first goal, is survival. The second goal is power, for good or ill. Will you pursue power through strength of arms or arcane studies, through piety or blasphemy? Choose carefully. On each path you will allies, and bitter foes, and the deeper you delve into the secrets of combat, or sorcery, or the divine, the harder it will be to turn back.

Here is a brief list of some of the new features in Fall from Heaven:


Magic! - Spellcasting units can take promotions in the different spheres of magic, granting them access to new spells and abilities. A unit has access to spells depending on what sort of caster it is and the spell spheres it chooses which of 14 spheres it wants to learn when it levels up (Fire, Entropy, Nature, Spirit, etc). Casters gain experience slowly automatically, so there is no need to risk them in combat as they pursue their studies in the mystical arts.

Experience - Veteran units are now more valuable. The base promotions have been essentially doubled, making the difference between experinced units and greenhorns especially noticeable. Also, new anti-racial promotions have been added, become the scourge of the elves, if it suits your fancy.

Upgrading - In order to upgrade the the strongest units a unit must first prove itself worthy. Do you want to be an Immortal? Unable to die, and thus able to fight for all eternity? Then you have to be at least a Lv. 6 Maceman.

Religions - Not all religions are created equal, and some of them effect the alignment of your civilizations. If you choose to follow the vile practices of the Ashen Veil, your civilization will descend into the depths of Evil. You will of course be rewarded with immense arcane power, knowledge and the aid of Demons. On the other hand, if you follow the Runes of Kilmorph, you will be able to obtain the aid of the reclusive dwarves and share in their love of gold and gems.

Heroes - In times of darkness and strife, heroes will rise to lead their civilizations to victory. Heroes are world units, that can only be built once. If they die, they cannot be rebuilt. Each civilization has at least one hero associated with it, as does each religion. Heroes gain experience each turn, meaning that in any given game, they will probably be your most powerful unit by far. They are capable of taking lightly defended cities by themselves, but they're only a short dogpile away from being dead, so protect them!

Technology - Specialization is the name of the game here, while you may be able to generalize into the first or second tier of techs, you're probably better off specializing in one of the various forms of combat or the arcane or the religious. Tech progression is noticable slower in FfH, giving you an opportunity to play with those new toys you just discovered. There are also religious specific techs, that cannot be researched unless you follow the appropriate state religion.​ 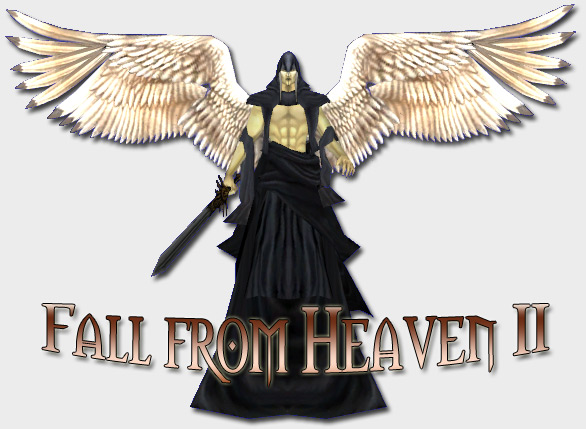 Modmods and Scenarios:
Fall Further- a modmod for Fall from Heaven that adds a ton of new civilizations and features
Orbis- a modmod for Fall from Heaven that focuses on improving economic side of the game (with lots of extras too)
Dungeon Adventure, the 133rd K.R.A.G.- Winner of the FfH Scenario Design contest, control a dwarf warrior and explore both the world and dungeon maps
Prince of Darkness- A great scenario using the FfH scenario engine to provide quests, numerous heroes, and the challenges of dangerous map​
Major Contributors:

Lead Design:
Derek "Kael" Paxton​
Programmers:
Ben "Talchas" Segall
Stéphane "Sto" Nadry​
Design Team:
Eli "Loki" Markham
Tom "Woodelf" Snyder​
Art Team:
Philippe "C.Roland" Côté-Léger
Dr. Bernhard "Chalid" Schropp
Stephan "seZereth" Weiß
Ilia "Rabbit, White" Draznin
Michael "AlazkanAssassin" Hall
Martin "Ploeperpengel" Zutz
Hexagonian​
Writing Team:
William "Wilboman" Nordan
Jon "Corlindale" Duus
Randy "Nikis-Knight" Miller​
Special Thanks:
Soren Johnson- For making an amazingly moddable game and taking time to help and encourage the growth of FfH.
Alex Mantzaris- For code help and adding functions to BtS so that FfH can do everything that it does.
Jesse Smith- For supporting FfH and working with us to get AoI into the expansion (I know he was ready to kill us when he found out how much text we wanted translated).
John Shafer- For his invaluable feedback in smoothing out the wrinkles and improving the design of FfH.
TheLopez- For providing the Scriptable Leader Traits
Thunderfall- For providing us CivFanatics and always supporting FfH
Maniac- Always helping with ideas (many of which we steal) and testing
Sureshot- Mini-mod maker and multiplayer tester
Vorshlumpf - Playtester extrondinaire
Kai "ColdFever" Fiebach - Creator of the BlueMarble terrain set
Fredrik "Grey Fox" Henriksson - For writing the FfH manual
Chugginator - For sharing his amazing art
jdog5000- For providing the AIAutoPlay mechanic
Xienwolf- For interface help, tons of ideas and work on the FfH manual
Cephalo- For providing the "Erebus" mapscript (it's his Creation mapscript renamed)
Marnok- For Developing the Explorable Lairs system
Smeagolheart- For developing the ability to examine a city before you decide to keep or raze it.​ 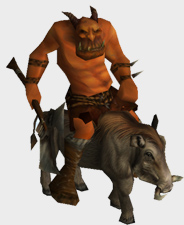 A huge thanks to the artists I shamelessly cut tiny pieces of art from to make all of the icons and graphics used in this mod. Justin Sweet, Brom, Don Maitz, Keith Parkinson, etc etc are all amazing and contributed (unknowingly) not only the amazing art, but inspiration for a fantasy world through their work. Several icons are used from the GuildWars game for their clear evocative style.

Some of the songs heard in this mod are from the Eclipse Mod for Half-life 2 and Arcanum. There are also tracks from Might and Magic 7 and Disciples 2. Additionally there are small cuts (5-30 seconds) of songs from Enya and Cirque du Soleil throughout the mod.

Why do I have pink squares instead of a lot of the pictures?
You have installed the patch instead of the full mod. be sure to install the mod from above.​
Can I play this if I have the steam copy of Beyond the Sword?
Yes, you will need to change the default path to "C:\Program Files\Steam\steamapps\common\sid meier's civilization iv beyond the sword\Beyond the Sword\Mods" in the install program and it should work.​
Is there a place where we can send donations to the developers for their time and effort and to keep this mod going?
We (the developers) don't require any payment, we just love to see people enjoying the mod. If you would like to make a donation, and are in a position to do so, please donate to www.unicef.com (http://www.unicef.org/support/index.html) and help improve our own world.​

A mod so good, that it could have been a game in its own right.
Upvote 0 Downvote
Fall From Heaven II is undoubtedly one of the best Civ IV mods that I have ever played (mostly because it runs fine on a toaster).

The fantasy setting is a pleasant change from vanilla, the music is excellent and the lore is well written.

Although it lacks the depth of its modmods (which is to be expected of course)((mainly Fall Further and Rise from Erebus - although Wildmana and its sequel are quite good and I hear good things of Magisters Modmod)) it is still throughly enjoyable and most certainly recommendable.
Upvote 0 Downvote
I'm asking for help.

I downloaded Ashes of Erebus, and ever since the game has been weird.

1: Is there a BtS version, and where?
2: Mine won't work without the (vanilla civ4) disk, which i dont have at the moment, is there a way round this?
Upvote 0 Downvote
It's epic, beautiful, awesome,...! Thanks
Upvote 0 Downvote
hey there Kael, I downloaded the mod a week ago.. worked fine, today I decided to try one of the modpacks to add to it and ended up corrupting the file, so I deleted it and attempted to reinstall it but now the web page that hosts it gives me the message that it cannot find the .exe file... any suggestions?
Upvote 0 Downvote
For some reason it won't load..
The resolutions adapt, but the load screen doesn't pop up and after a few seconds the resolution will be normalized.