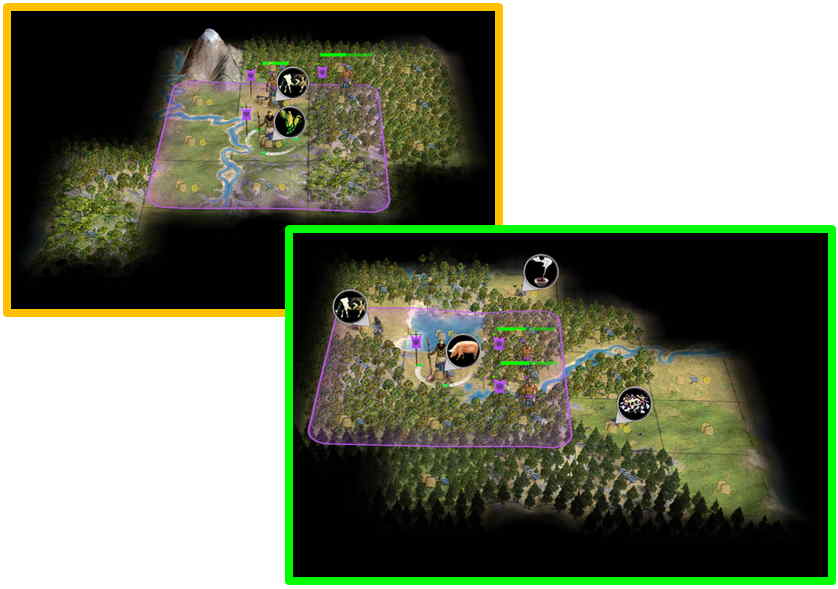 This was a fun game. I settled the continent with strategic resources, and used my settler+archers to explore the other continent and meet everyone. Once I explored the whole continent I parked them on a nice site with good food for a future city down the line.

I grew to about 7 or 8 cities, (lost one or two to a Mongol invasion), beelined Military Tradition, and started massing cuirs. Started by vassalling Mongols (revenge!), wiped out English completely, and then vassaled Arabia just as he got Rifling. (I had Cavalry at that point but was losing too many to riflemen to take him out completely and I still had another continent to deal with).

During that time, the spot I wanted on the happy continent was taken, so I moved to a wheat/gold spot and settled there. I dealt with some serious gpt loss, but eventually got out a worker, improved it a bit and got a courthouse. However, shortly after that Huayna bombed a great artist into a city settled beside me. I was about to lose it since I was surrounded by inca culture (and it wasn't producing much and was costing me a lot) so I ended up just gifting it away. In hindsight, I would have been best off disbanding the archers and settler right after I scouted everyone. Or alternatively settling earlier on the spot I liked, right after I got COL. This would actually be quite a fun map to play again a few times, trying out different strategies.

Anyway, after taking over my continent I built a bunch of galleons, sailed over a lot of Cavalry and took over Joao (easy since he was at war with Mao and didn't have rifles yet), then Mao (even easier since he barely had gunpowder). Huayna was much harder since he had quite a few rifles, but I selflessly threw wave after wave of my own men against him, capturing cities gradually until I finally triggered a domination victory (he had no interest in talking to me, let alone capitulating, even after capturing 4 cities) in the mid 1700s.
P

To profit from early Astro I went for a Religious victory. I had founded Confu on my capital's continent. There was no other religion there, so eventuallu Joao and Mao ended up frequently changing competitor and supporting position. The first vote I failed mainly becuase I failed to spread Confu to my own city on the other continent with 2 missionaries (it had Buddhist and Hindu already). But the second round I got it. Like the Shaka game another pretty early victory.......
You must log in or register to reply here.