Portugal added to base game

Love Colonization, and I've playing a lot of it on my tablet and decided it was just too weird to not have Portugal as a player in the New World. So, I decided to do something about it.

This Mod adds Portugal to the base colonization game. The Portuguese Colonies are led by either Mem de Sa or Tome de Sousa, and the Portuguese King uses Joao's Art from Civ IV BTS. There are also some changes to Spain as well.

Spain: Simon Bolivar now uses a different LH art, one that frankly actually looks like him. In addition, the Conquistador Trait also provides +25% gold if you are the first European to contact a tribe. Just a little use for players who don't want to attack all the Natives they meet.

France: Samuel de Champlain now uses his "yes" animation as his greeting animation. This is because his animation is based on Joao and the introduction is too distinctive to not be noticed otherwise.

DOWNLOAD HERE!
To play, unzip the folder into the Mods folder of your Colonization game (usually find in the documents/my games). Then go to the ADVANCED option on the main menu screen and choose LOAD A MOD. It should show up as simply "Portugal" among your choices. 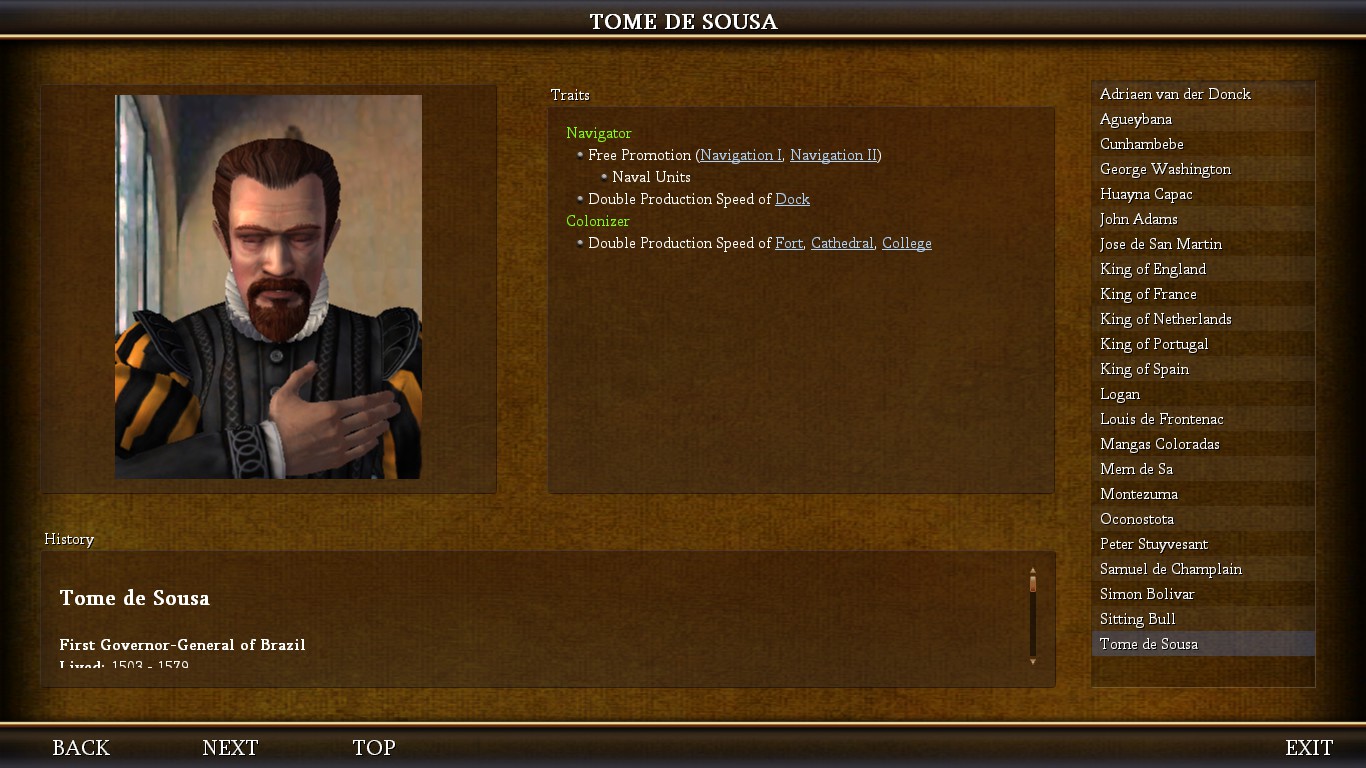 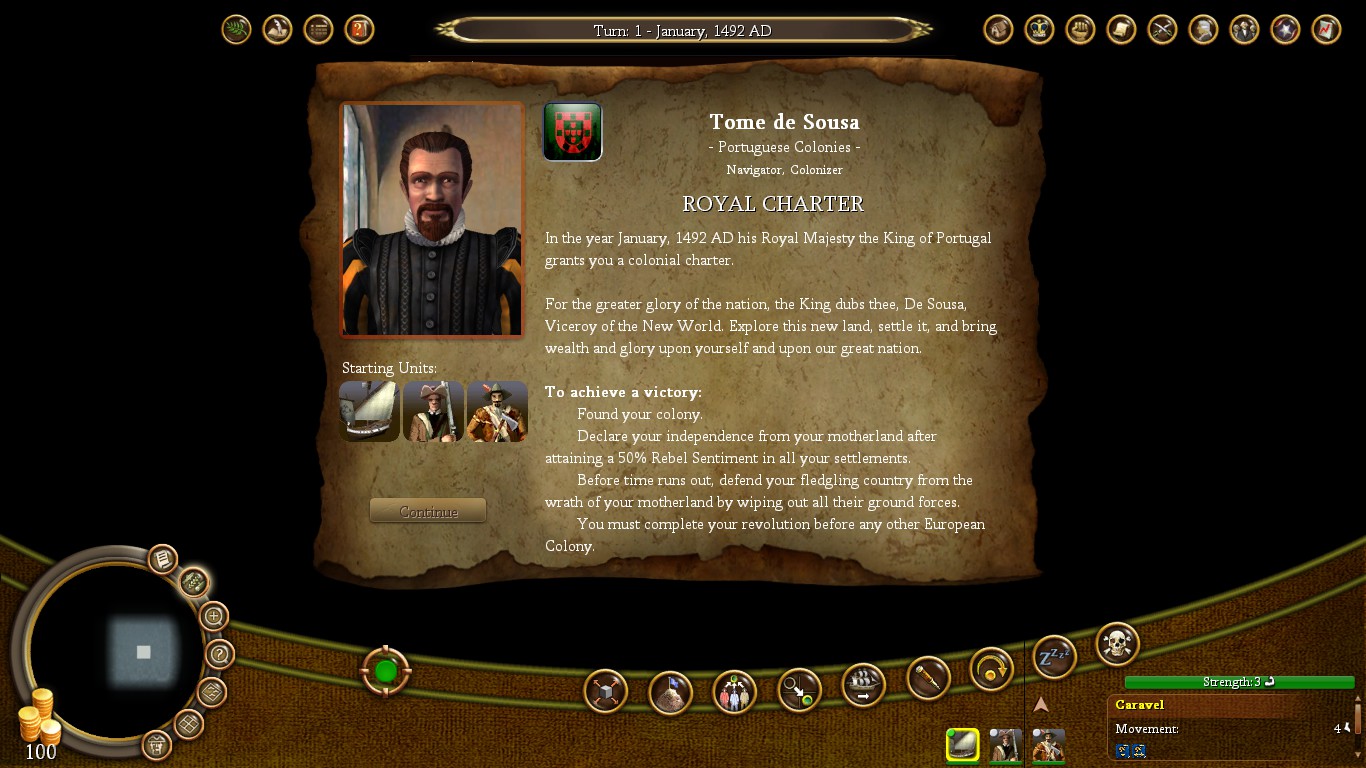 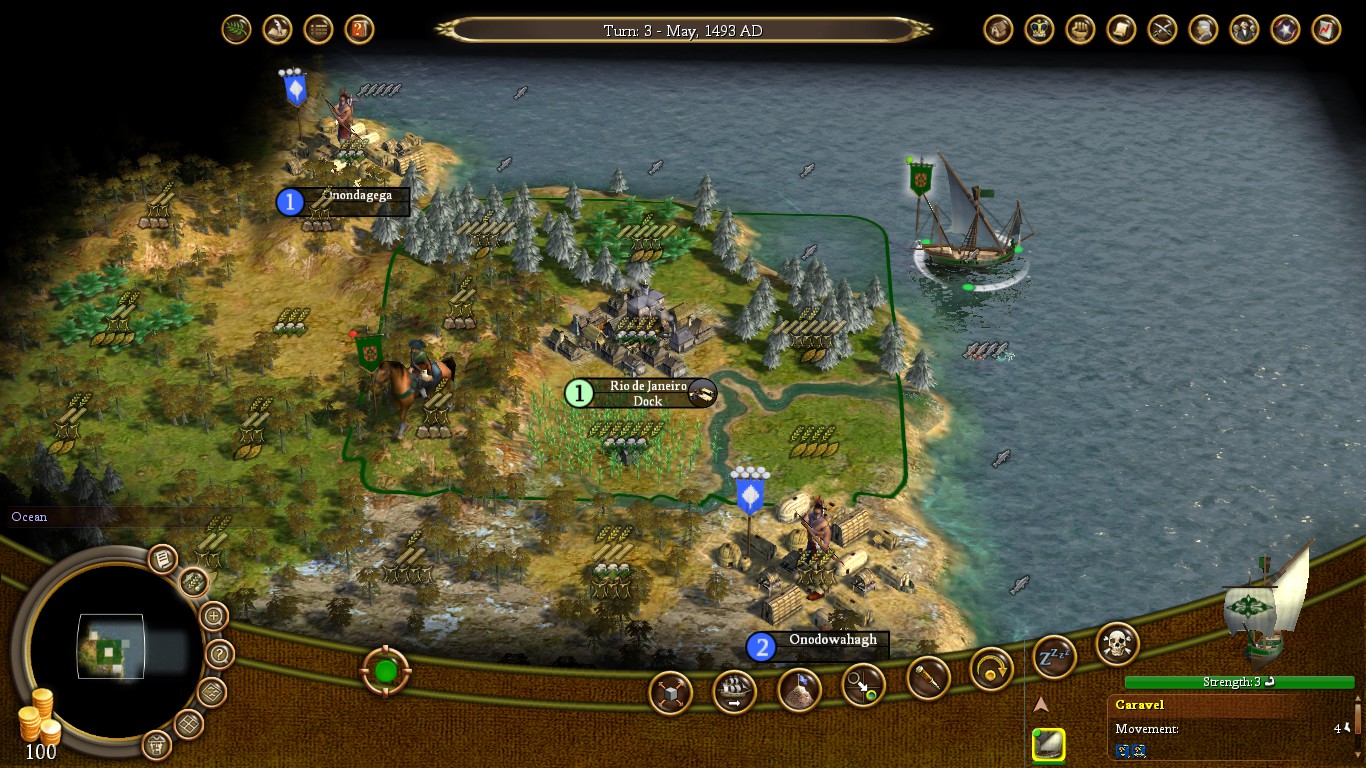 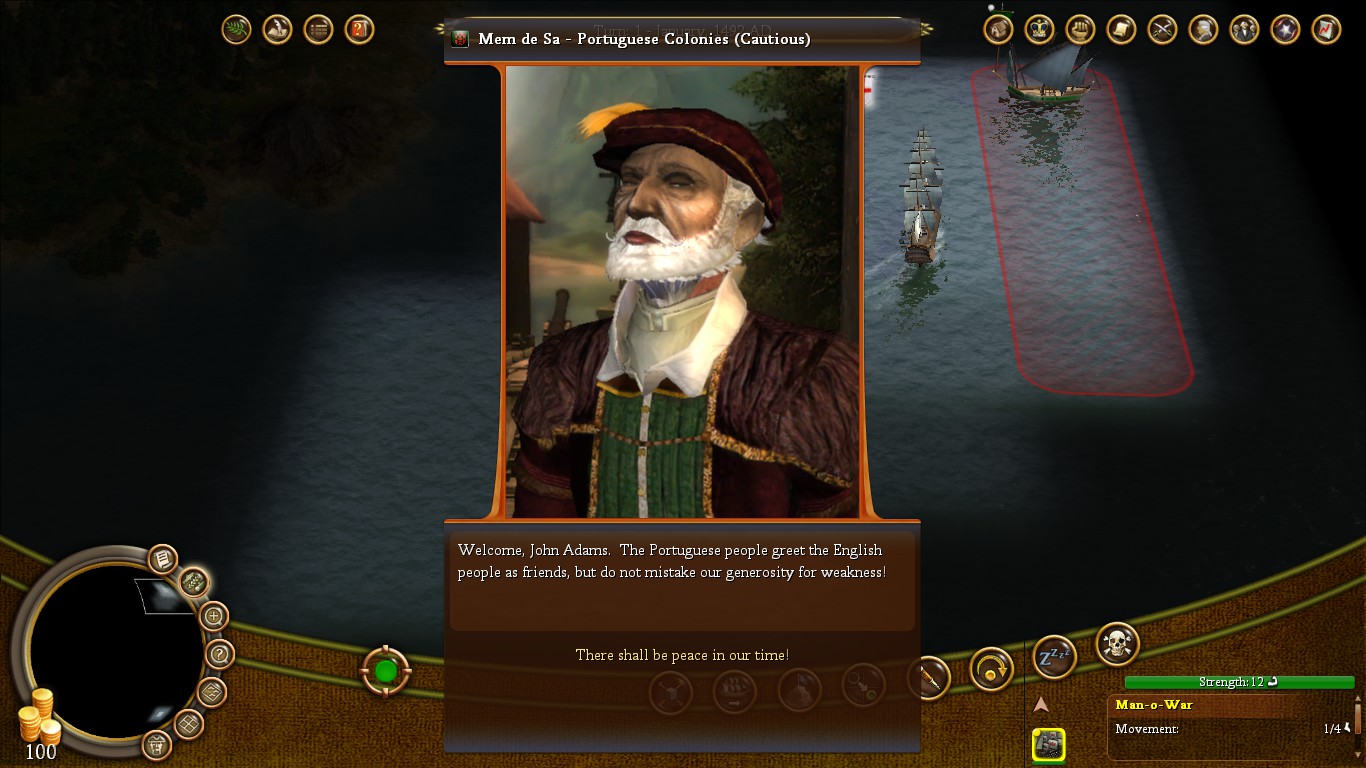 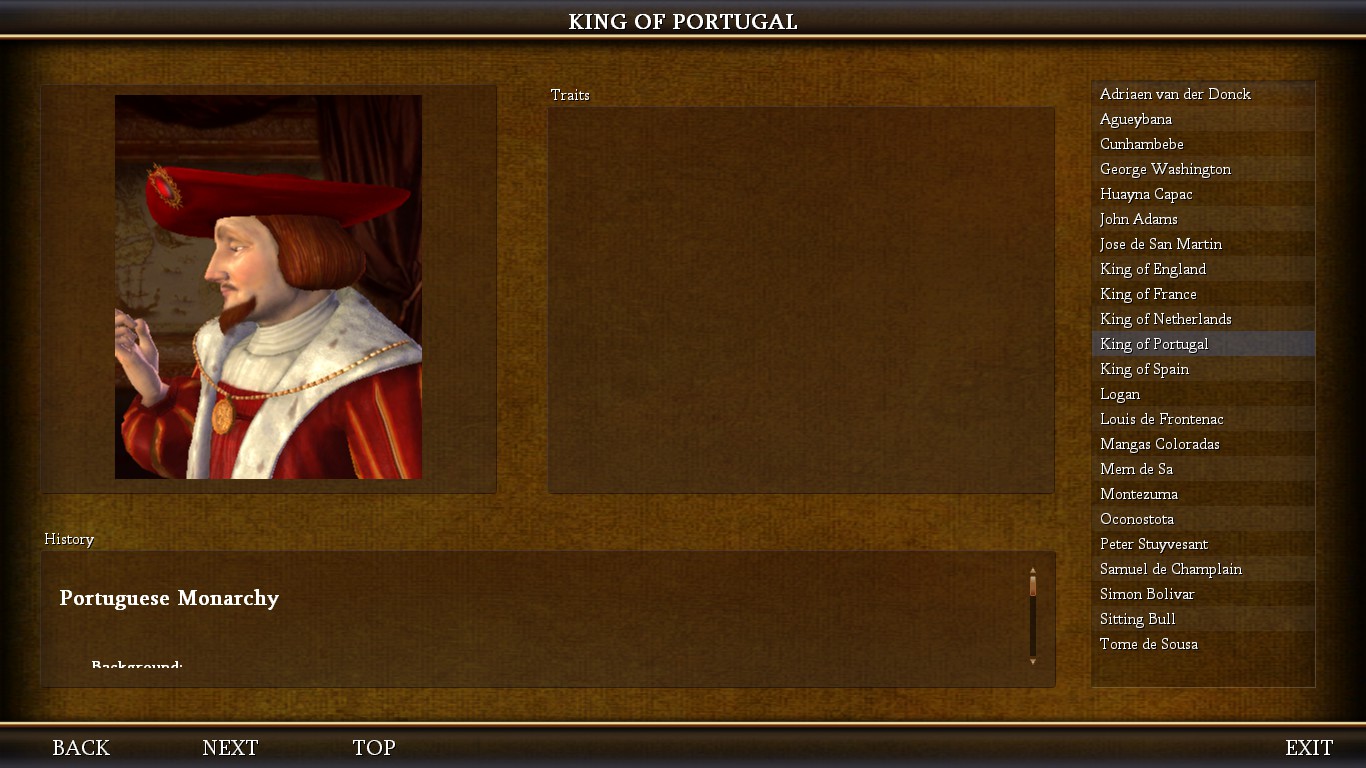 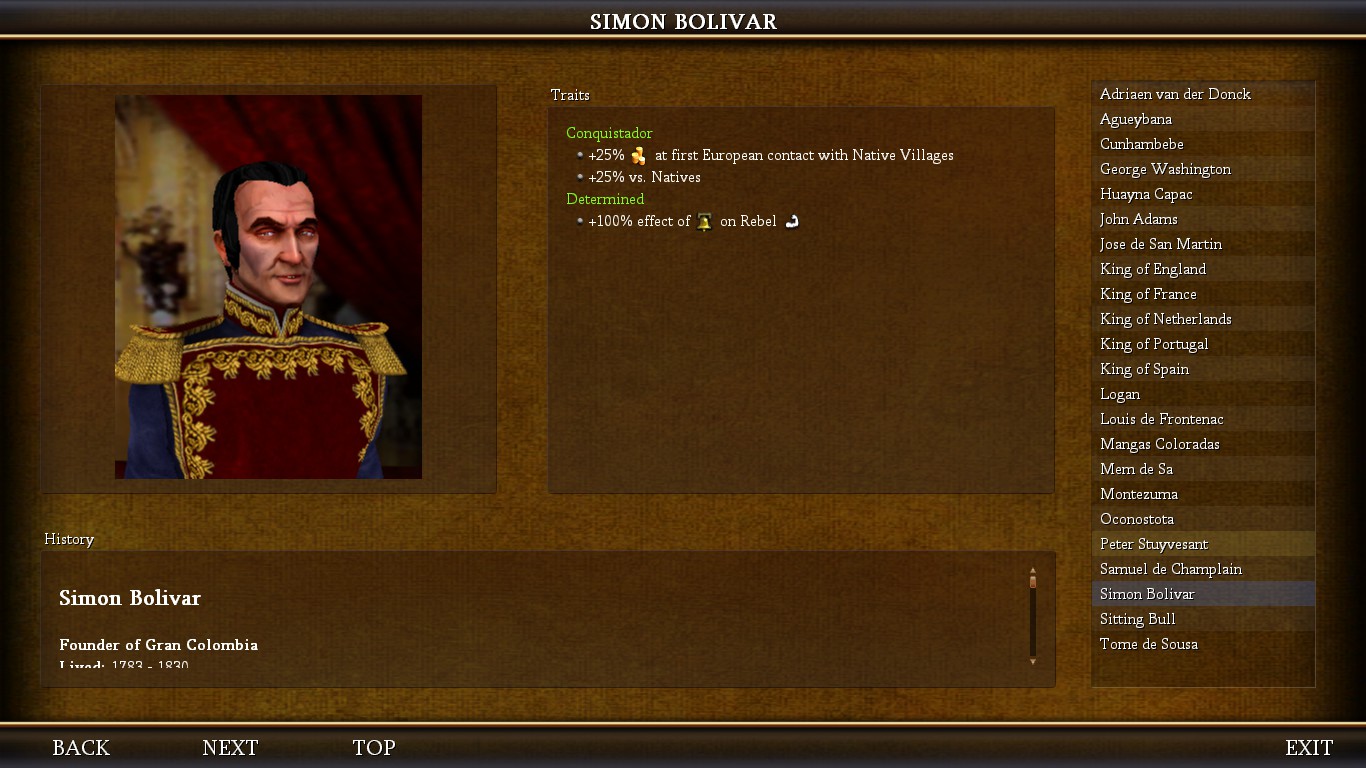 Known issues:
On the whole "KISS MY RING" interactions the Portuguese King's animation will freeze after he completes his greeting animation because there is nothing to tell him how to respond to either your "yes" or "no" selection. The good news is Joao's greeting is so long and disdainful it fits the context and I find I've usually made my decision before he completes it. Further, the freeze does not affect gameplay or cause any issues, he just stares blankly until you make your decision.

Future plans:
Hoping to add an Iberian artstyle for units/towns for Spain and Portugal. Doesn't affect gameplay but would look nice. Maybe one day will figure out how to tell the Portuguese king what animation to do if you say "Yes" or "No" to a ring choice.

Special Thanks:
Melcher for the Mem de Sa LH
Ekmek for the Bolivar LH
Last edited: May 29, 2018
Play as Portugal in Civ IV, Colonization. Download here!
You must log in or register to reply here.