Man the things I find out there lol...

I just found this mod on ModDB that converts Civ2's terrain to look like the PlayStation version. Sadly it's just terrain so all the regular Civ2 units and cities etc look a bit funny/sharp next to all the blocky ps1 stuff (reminds me of some of the issues I had to deal with in 'demaking' John Valdez's Civ1 graphics for Civ2 mod), plus it looks like he hasn't converted the PSX versions of the rivers/farmland/special resources, but it still looks pretty darn cool. It was posted there pretty recently by a user named Wiron (who's the creator too) and I can't see any mention of it on the Civ forums so it kinda came from nowhere lol.

I'll have to add this to my new Crossover mods collection as there's just something about mods that make Civ games look like other Civ games that I find fascinating haha. 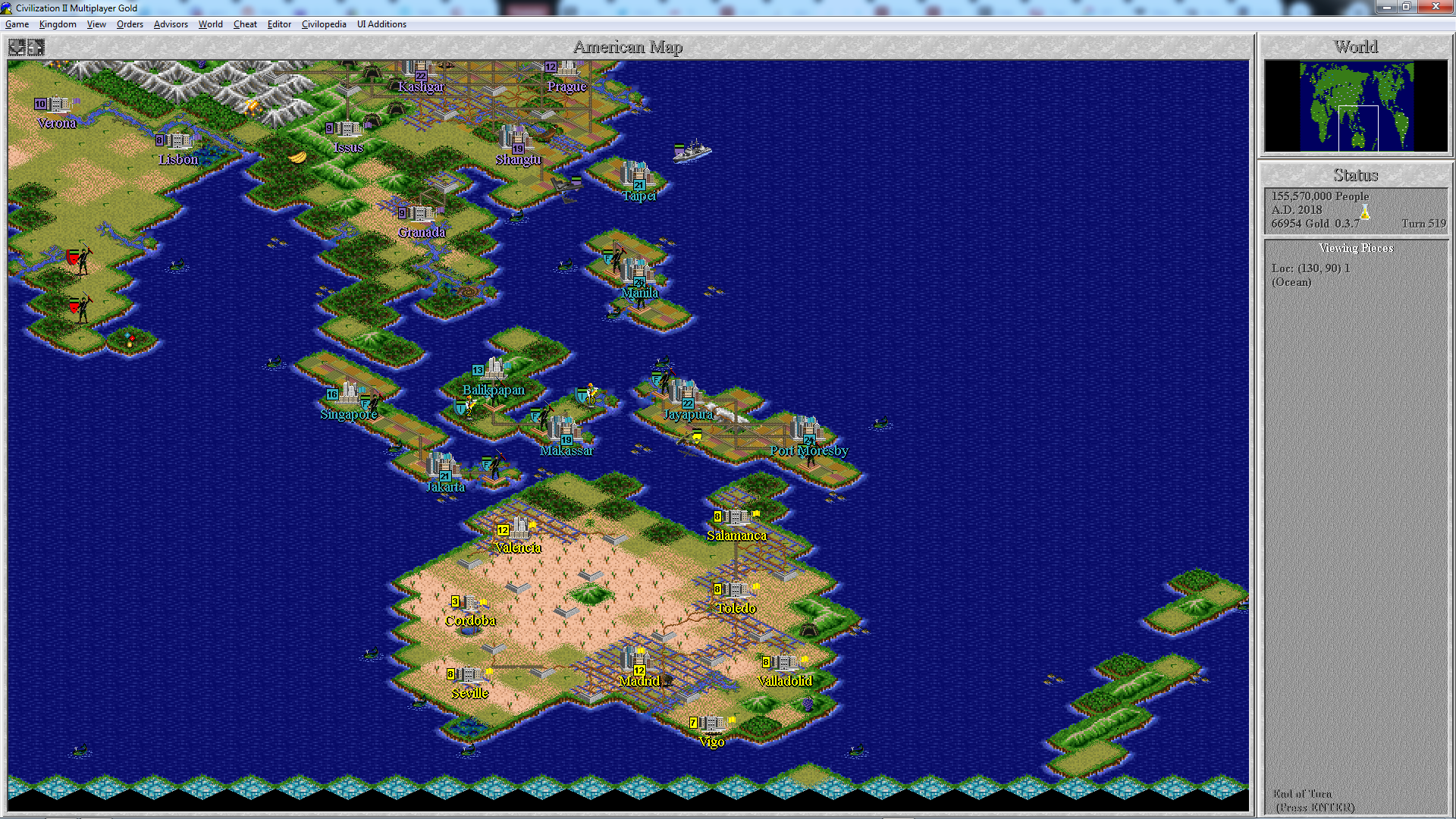 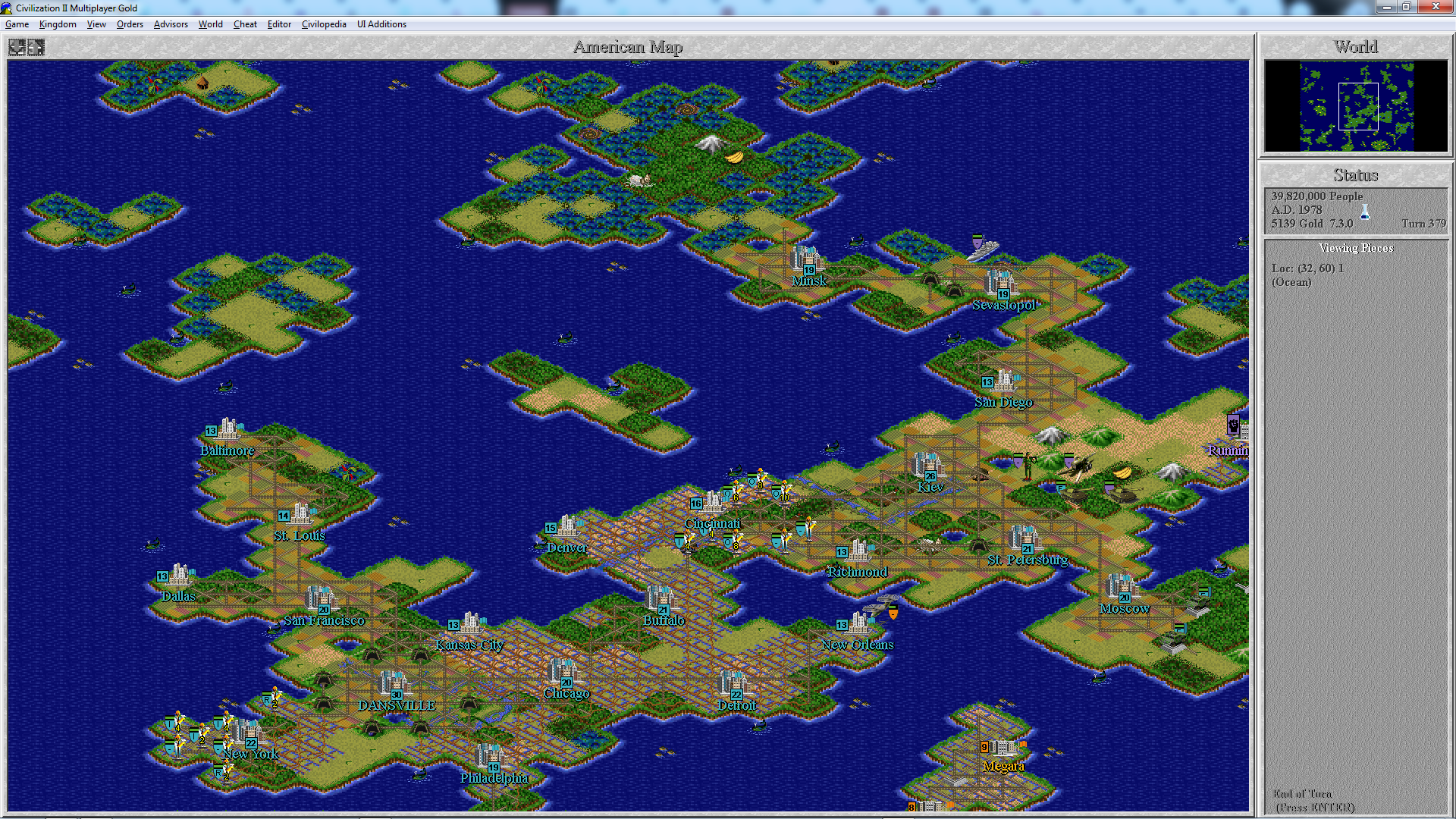 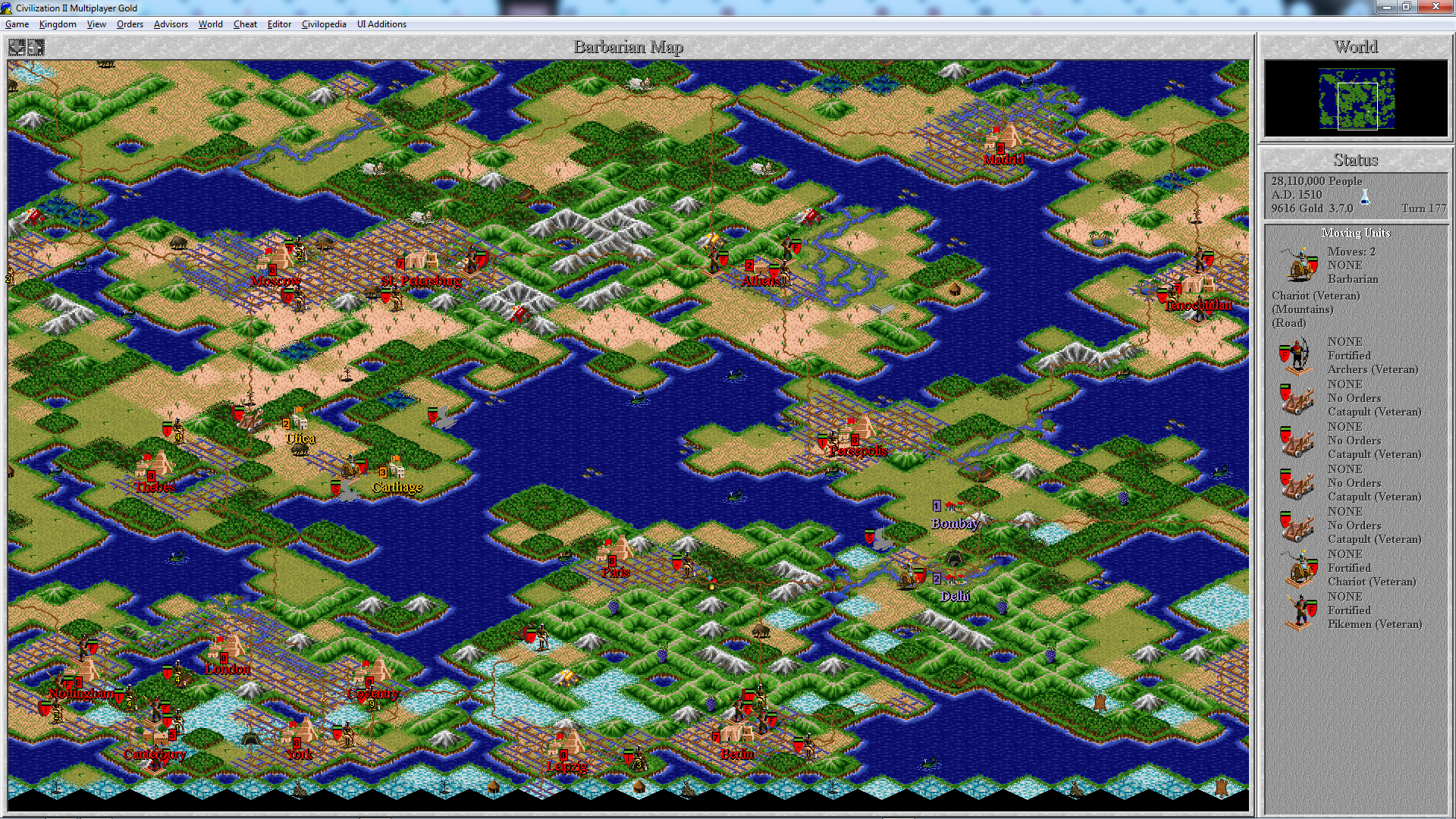 Thanks, but those hills... to quote red dwarf they look like they dropped from sphinx's nose.

It kinda annoyed me that Wiron didn't 'finish the job' and convert other stuff. I own a physical copy of Civ2 for Playstation so I thought I'd have a look at its files to see how similar to PC it was and sure enough it was quite similar but with things broken down into subfolders and there was a nice graphics folder containing all the familiar names like Terrain1, Terrain2, City, Icons etc. however they were in a strange playstation graphics file format called TIM. Thankfully there are multiple programs and websites that can be found in google that convert them to png files. So I fed all the files into the converter and converted them. I've put them all into a 7zip file and attached it to a post over in the Scenario League misc graphics thread.

It's interesting to see how they squished things down to a lower resolution but increased the colours, while also keeping a very similar layout and positioning in the files to the PC version but with no borders or cell sizes and just a black background. So it looks like I could convert the rest of the graphics Wiron didn't do over to the PC version without too much trouble. And yes that means I'm taking on yet another mod project lmao, but this ones a tiny one!

Also interestingly some of those TIM converters allow the reverse conversion of PNG and other files into TIM files so in theory diehard Civ2 PlayStation lovers could probably mod the PSX version to have custom graphics (using an ISO editor).

Here's an example of some of the files in the 7zip.. 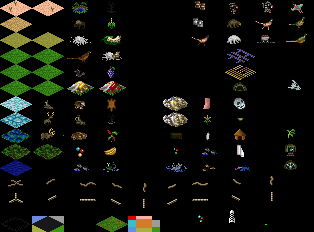 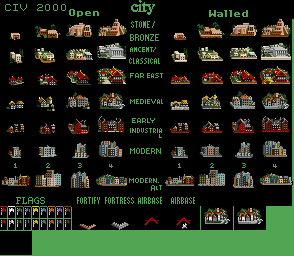 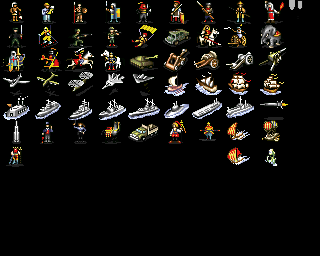 Video: Civilization 2 on the PS1