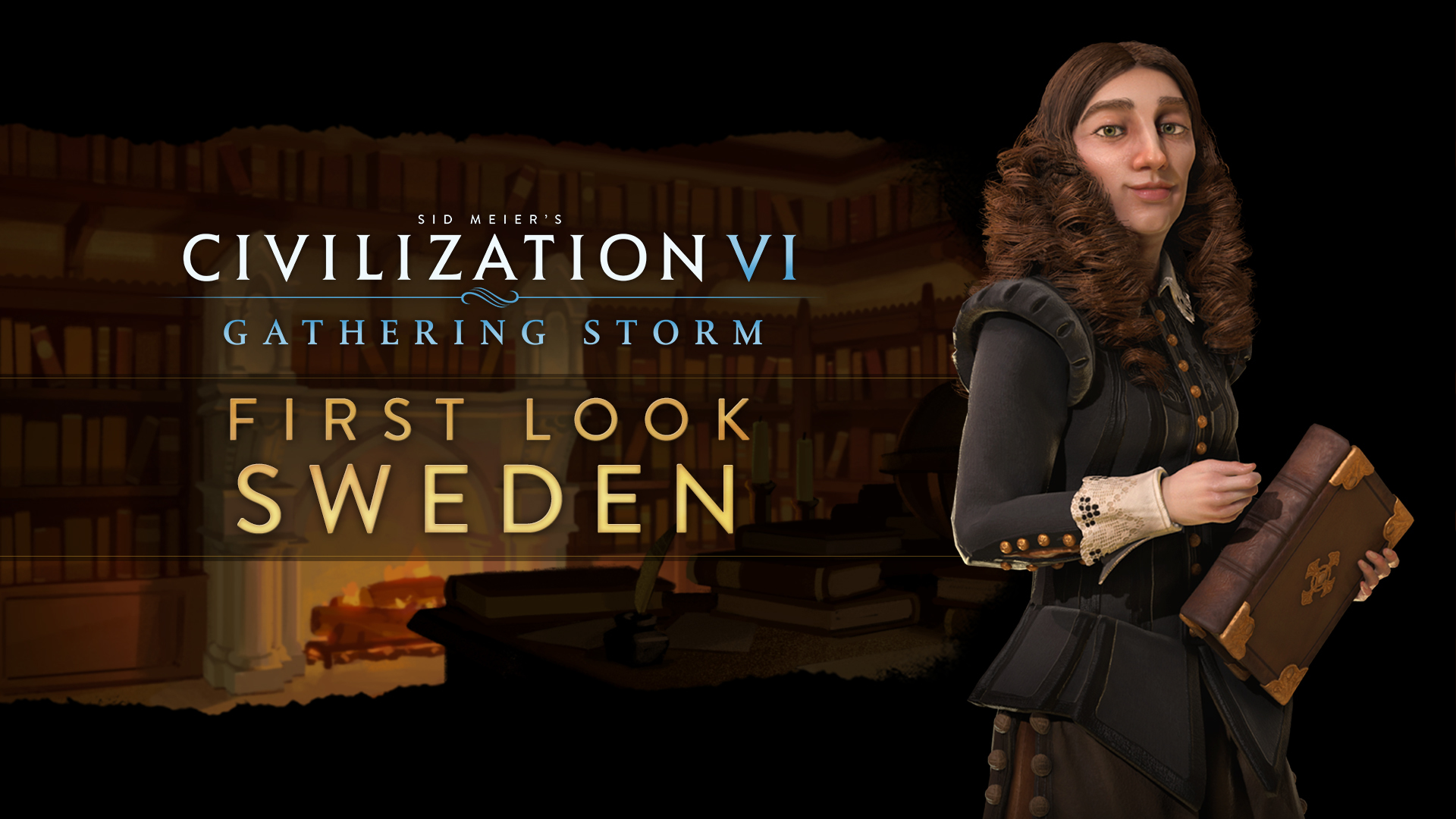 Sweden shines as a beacon of culture in Civilization VI: Gathering Storm. Led by Kristina, one of the most educated women of the 17th century, Sweden is one of the best civs to pursue a Culture or Diplomatic victory. Fill up those Great Work slots, settle cities on as many varied terrain types as possible, and build Open Air Museums in every city and Sweden will be well on its way to outpacing its competitors. 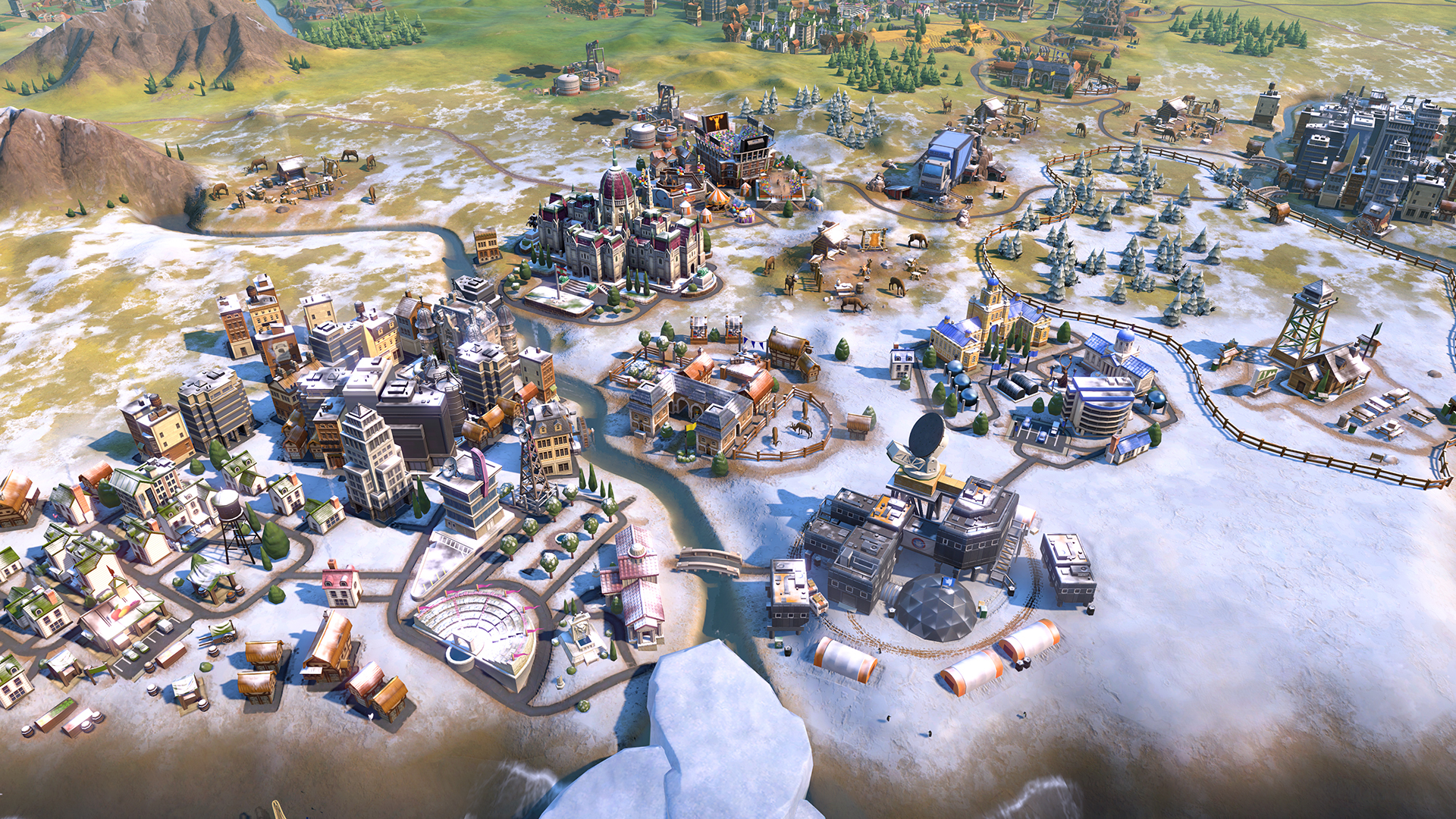 Limit one per city. Increases Loyalty, and boosts Culture and Tourism for each type of terrain in which at least one Swedish city has been founded. 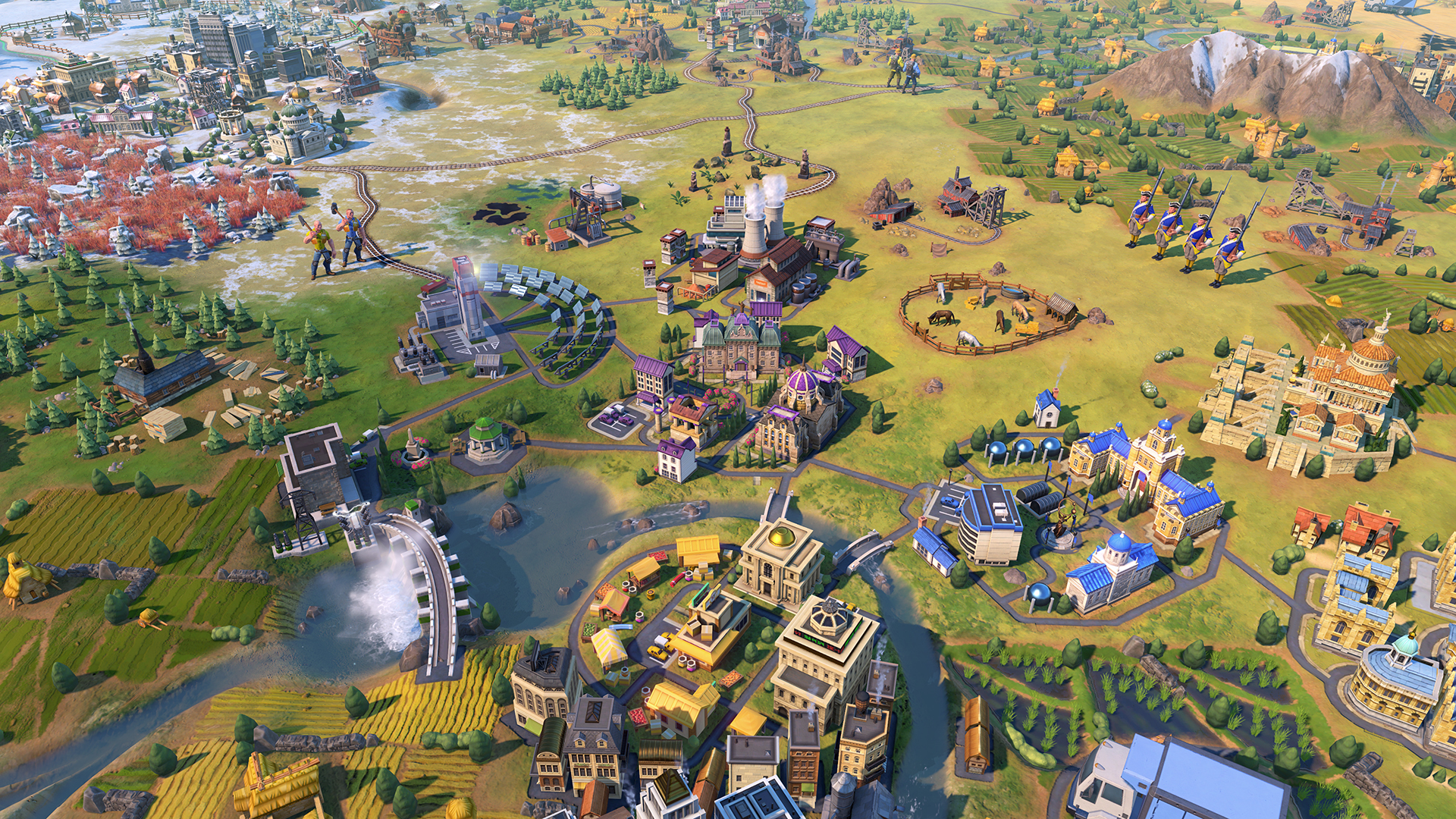 Constructed as a second tier building within the Government Plaza, where it provides two Great Works slots of Writing, Music, and any type of Art. Awards a Governor Title once completed. 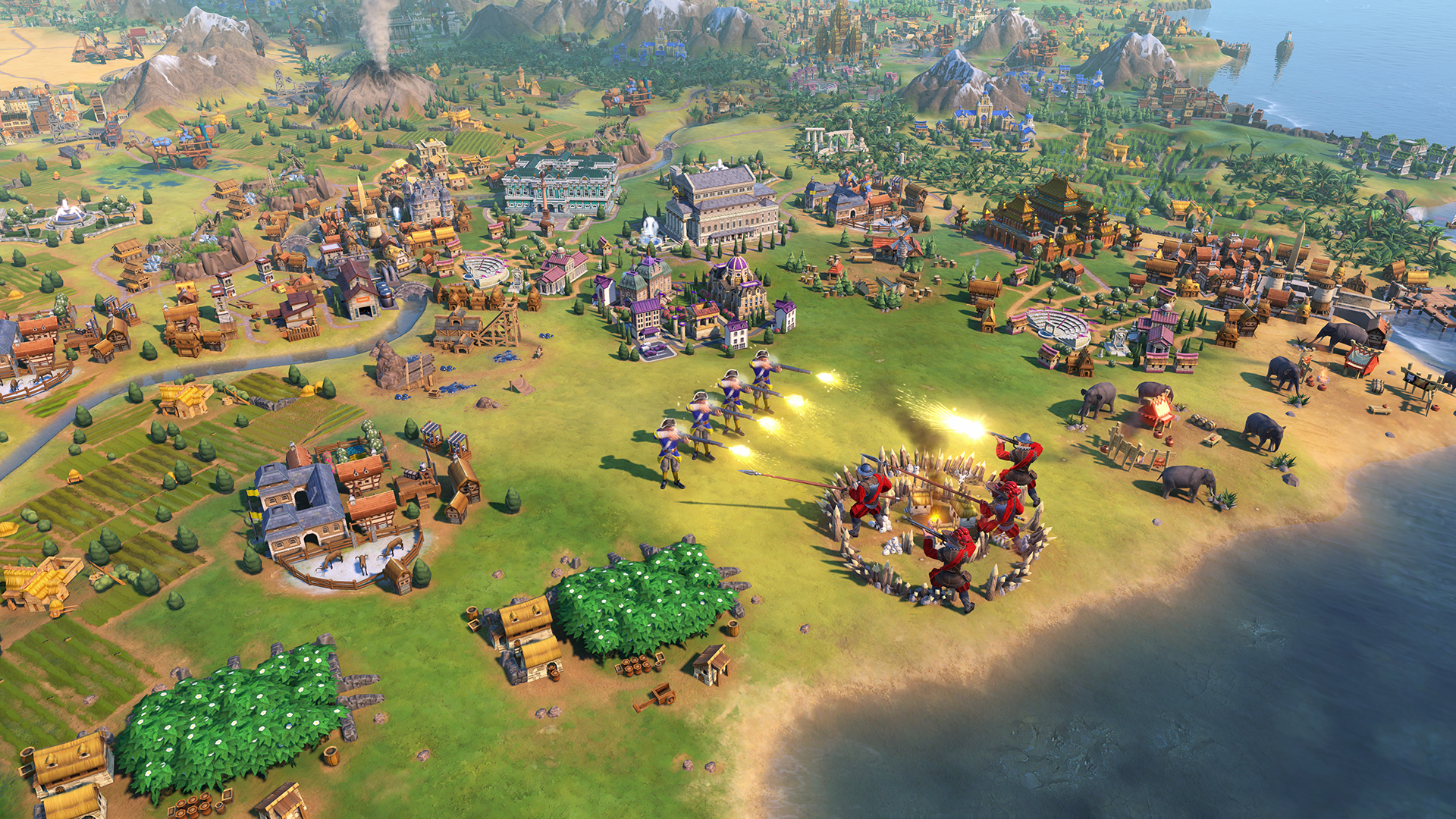 Anti-cavalry unit unlocked in the Renaissance era. Replaces the Pike and Shot, has faster movement, and receives additional Combat Strength for each unused Movement point.

what? Another Unique Improvement? Miscount again? 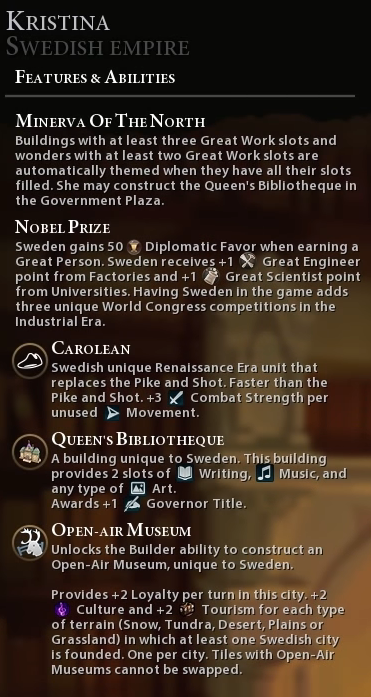 Now is the winter of our discontent, made glorious summer by this sun of York
C

looks like a man
Social Policies and The Other Things: https://steamcommunity.com/sharedfiles/filedetails/?id=2281681082 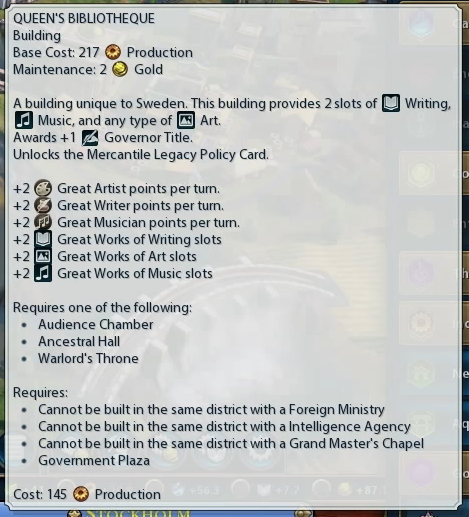 Now is the winter of our discontent, made glorious summer by this sun of York

Well...she's an intense looking individual. I think it's just that first bit where she's staring at us while thumbing the page of her book lol
Make Navies matter in Civ VII: https://forums.civfanatics.com/threads/making-navies-matter-in-civ-7.660105/

One ought never to turn one's back on a threatened danger and try to run away from it. If you do that, you will double the danger. But if you meet it promptly and without flinching, you will reduce the danger by half.
- Sir Winston Churchill

Necessity is the mother of all invention.

Where am I? What turn is it?

Hail to the King!
Tired of your lame old Latin alphabet not quite matching the English sounds you're making? Check out my new and improved Phonetic English Alphabet (Currently with mixed review)

Sweden sounds really good at Culture victory. I say "Minerva of the North" works with archaeological museums, which are already strong, so Sweden sounds powerful at a culture victory. Plus Art Museums get a buff while playing Kristina. The bonus Great Scientists points from Universities sounds like it could be very helpful if used right. (I hope the AI can use it properly)


DWilson said:
Hail to the King!
Click to expand... 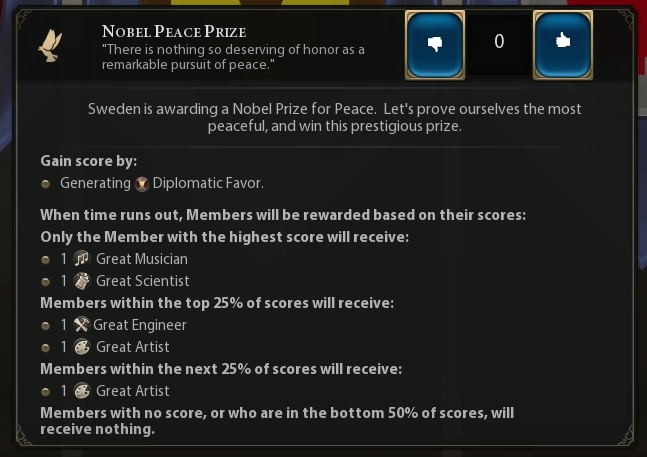 Now is the winter of our discontent, made glorious summer by this sun of York

That is just what I said in the Poll thread, male leaders first...

bite said:
That is a cool character model
Click to expand...

Vibing to the Portuguese theme.

They severely miscounted the new unique improvements, didn't they?
"... each age is a dream that is dying,
Or one that is coming to birth."

Seems to be quite strong, although you'll miss out on the other 2nd tier government plaza buildings. The improvement is quite good, as it seems.

I'd like to see Kristinas reaction to a declaration of war. Will she throw the book into the camera?

So the bonus was similar to British Museum but much better. This is cool! Cultural and Diplomatic civ, when we thought this will be strong on science!
Bonus on GS and GE is okay too.
You must log in or register to reply here.

Questions, comments, and everything else about the birthday contest
2 3 4

Importance of Mods in Civ IV: S&T and Modding Communities
2