The Shield of Islam

I'm going to be playing as the Moors in Dawon of Civilization v1.16. Game Speed: Marathon. Difficulty: Regent. 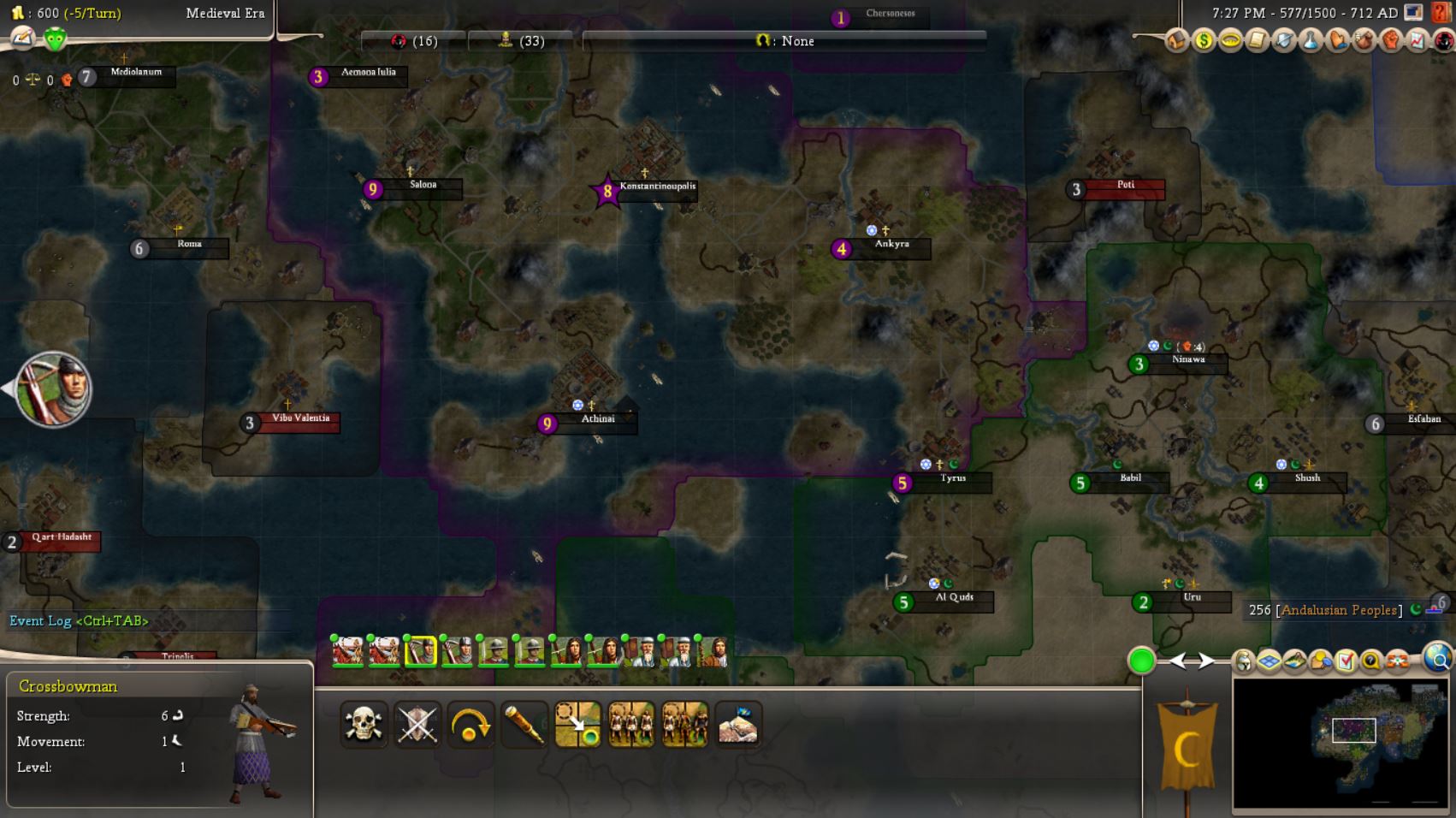 Our present world is divided between those who see the truth, and the heretics. Many years ago, a righteous man named Isa was murdered for his faith. His apostle, Paul, convinced the world that he is Allah. His blasphemy is what the Roman Empire is built on. Now, the Arabic nomads fight him for the truth. We are not Arabs, however. 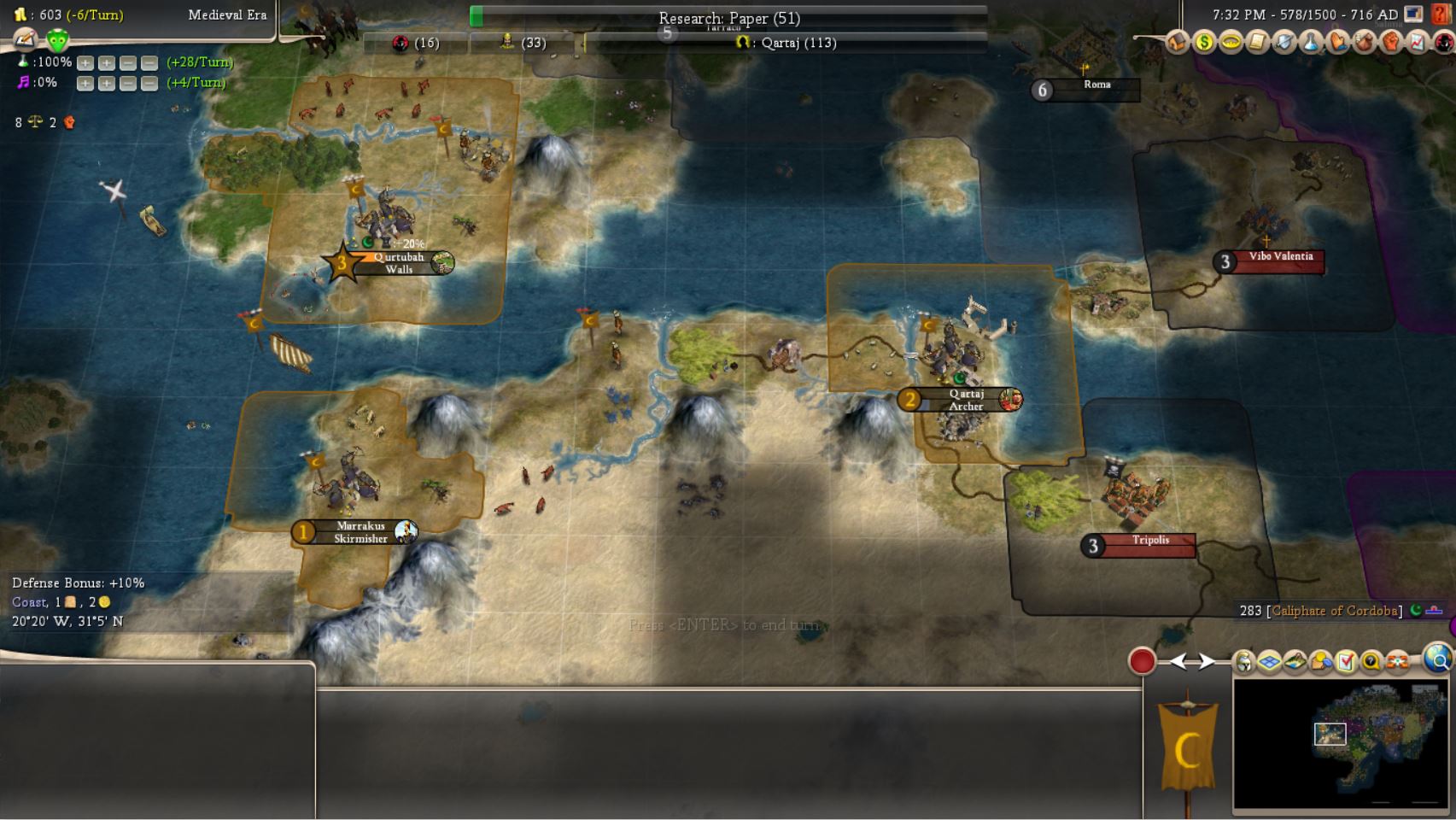 We are Moors. Many years ago, our ancestors worshipped the god Ba'al. The Arabs showed us Muhammad's truth, but we have parted ways. Our people have entered the continent of Europe and built their capitol there. My name is Said al-Andalusi. I am the one tasked with recording the deeds of our empire, founded by Musa ibn Nusayr. It was he who conquered the Visigoths. Those he conquered became his slaves. In those days, Carthage rose up and joined us and became Muslims. 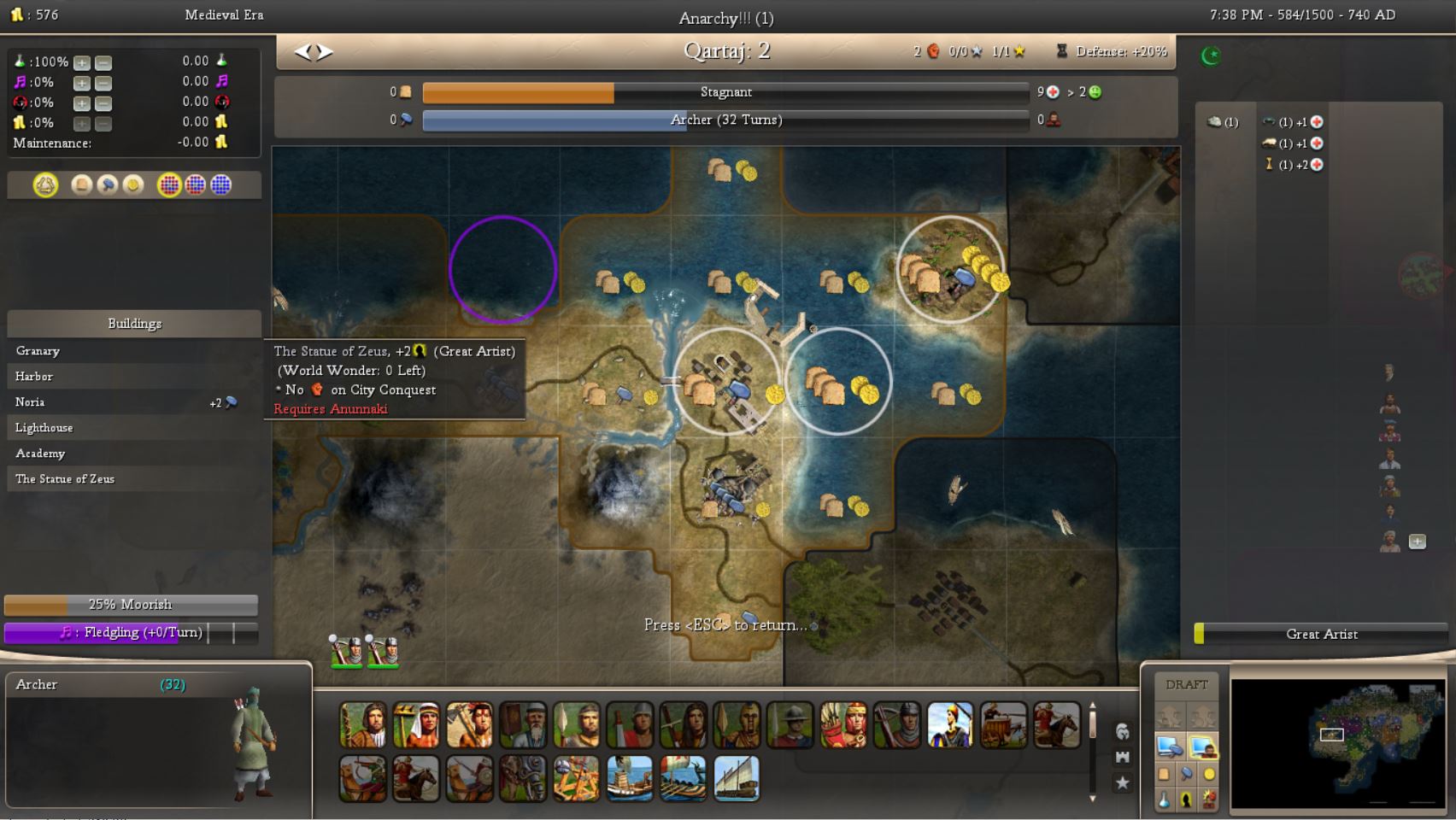 Carthage is our greatest asset, though we had an uneasy relationship with them. They still have such pride in their heritage that a statue of their false god, El, whom the Greeks called Zeus, sits in their city. But regardless, they were important to the empire, so we were compelled let them keep it. Perhaps their pride in their ancestry may be of use. It was their ancestor, Hannibal, who nearly defeated Rome in its infancy. 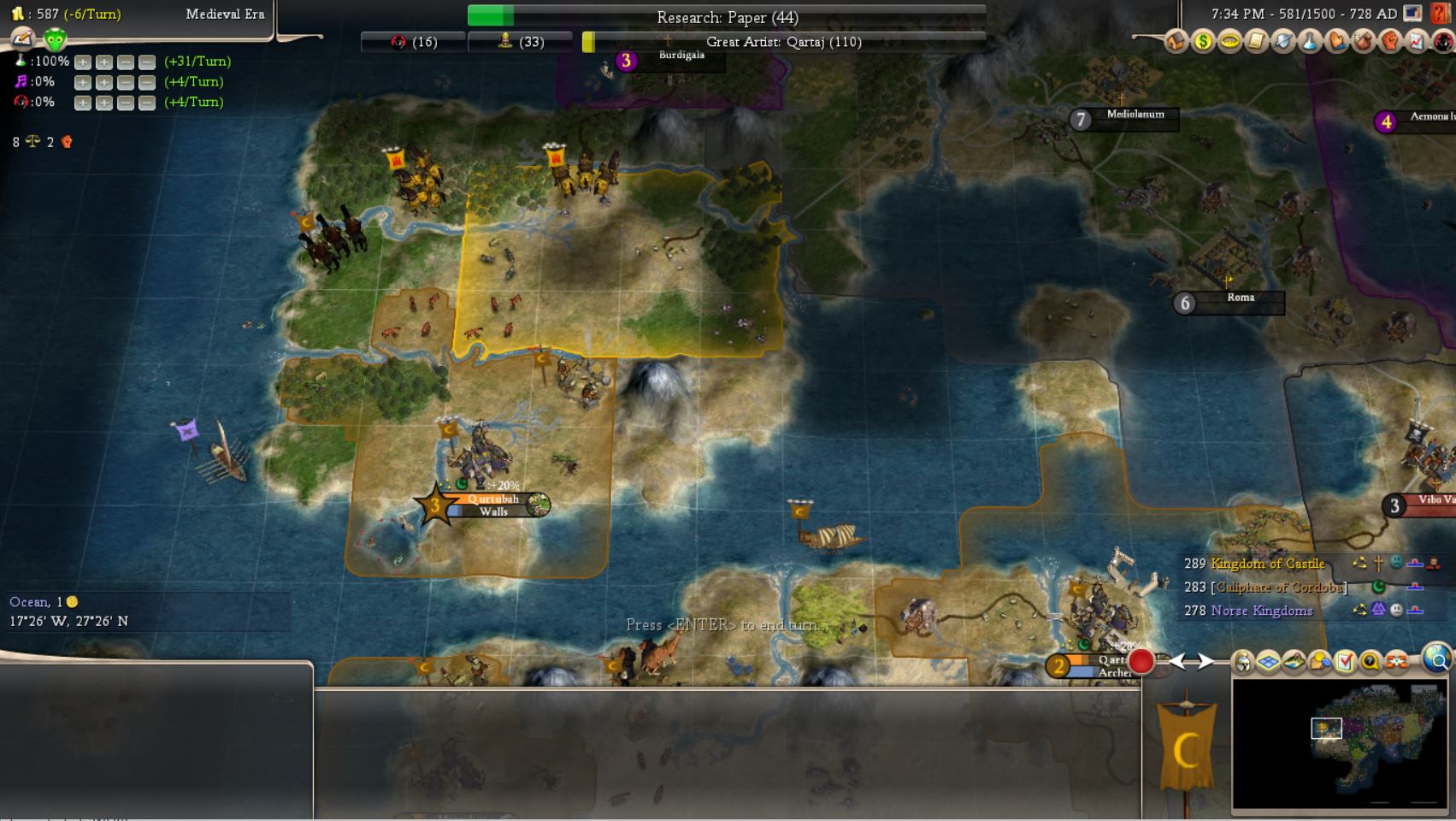 Three decades into our great nation, the Iberians united against us. It became clear through only a few negotiations that they would never willingly share the peninsula with us, so we were forced to levy an army against us. We also met with a strange race of blonde haired, blue-eyed people in the North. They are not Christians, but worship a pantheon of war gods, one who wields a hammer. It wasn't clear at the time if they were friend or foe, but they lived too far away for that to be a concern. 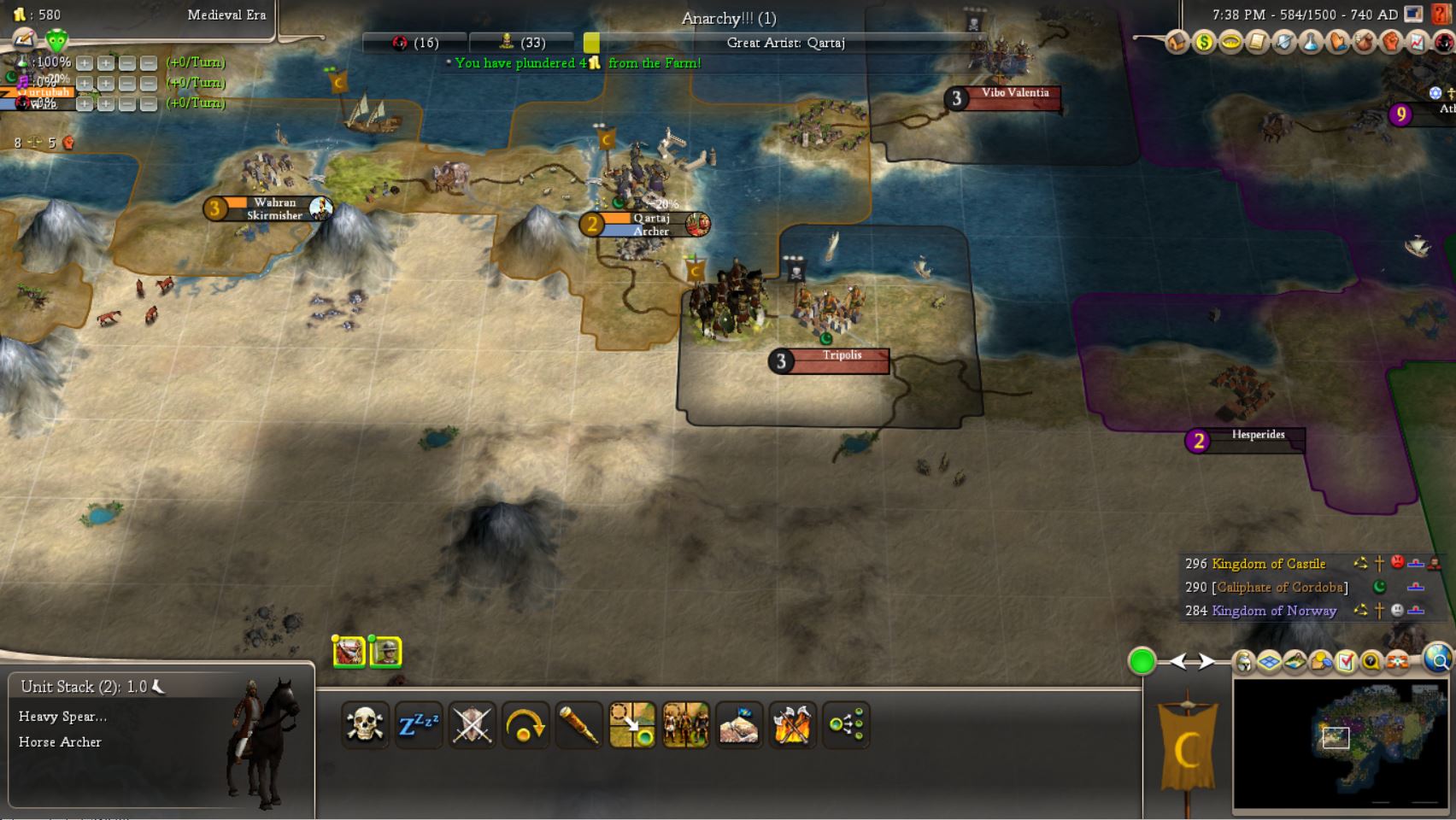 In those days, we also feared raids from the berber tribes in the east, so our despot, Uqba ibn al-Hajjaj, sent an army to subdue them.
Last edited: Nov 11, 2022
T 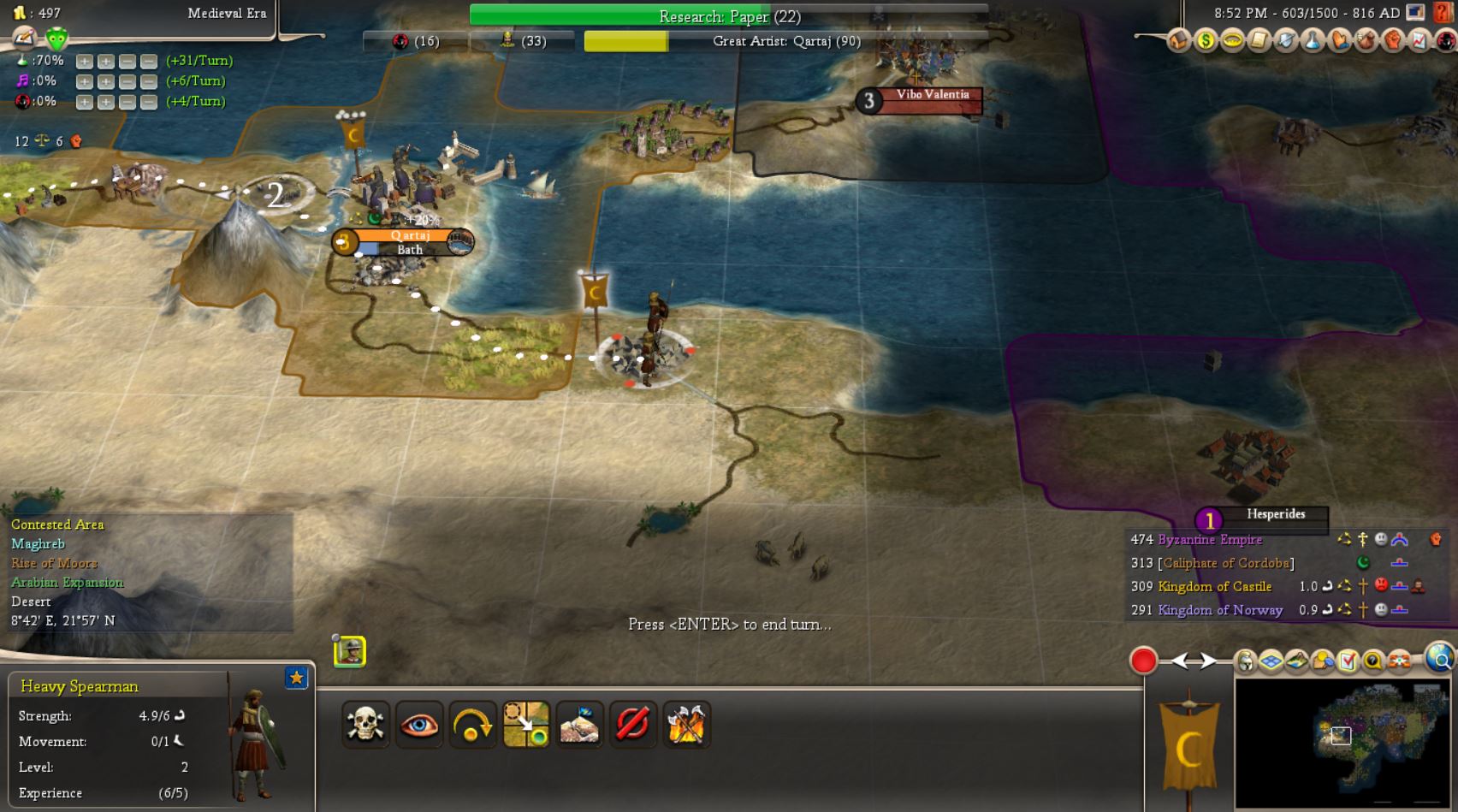 After years of fearing them, we subdued the Berber tribes and plundered their lands. The city lay in ruins while its inhabitants scattered to go back to the nomadic lifestyle from whence they came. 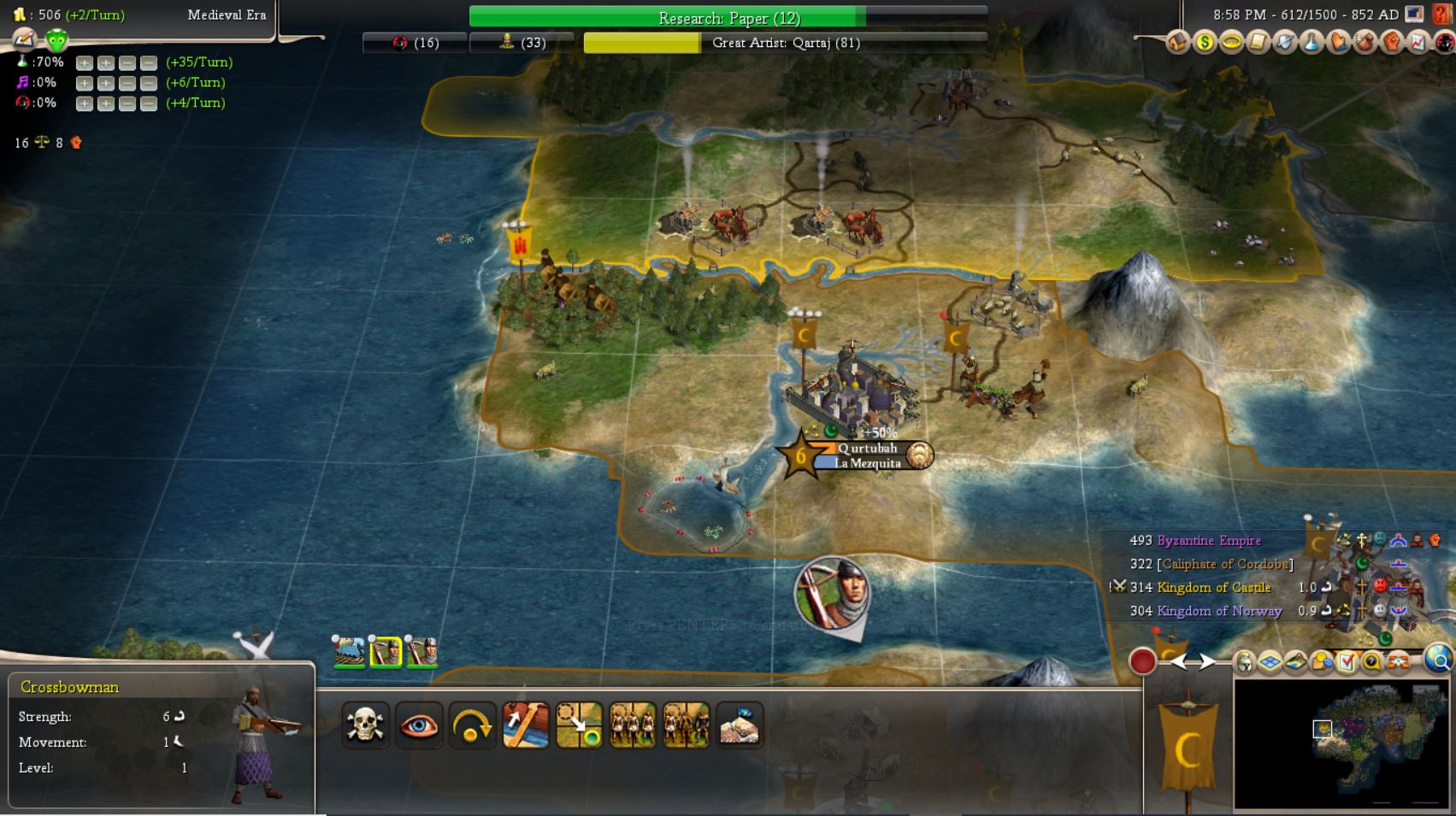 After years of hurling insults at each other, the Castillans decided to invade our lands. We were confident, however, that the walls would hold against them.
T 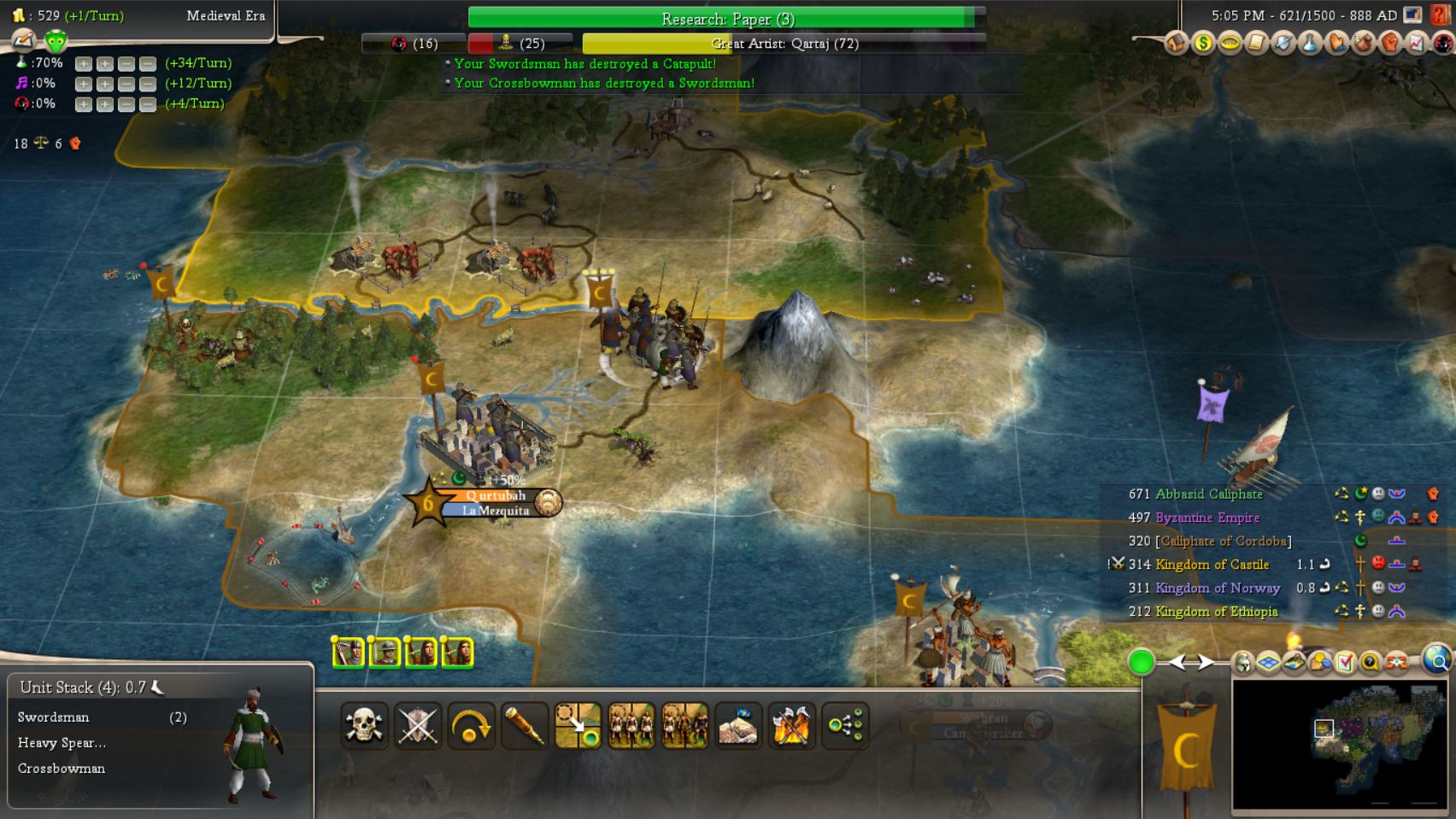 The walls held them off and we were able to defeat their weakened army in the field. 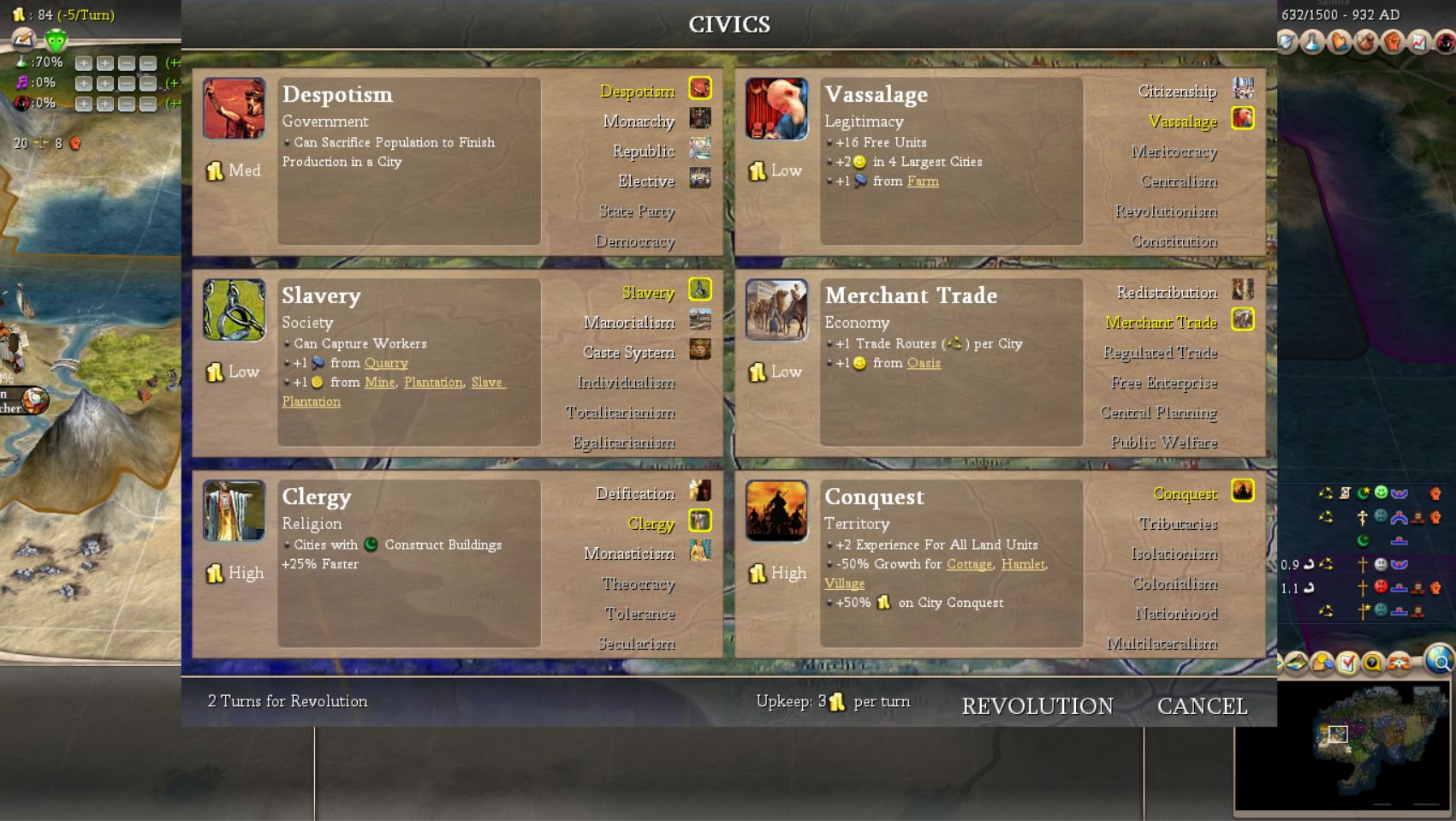 When the Castilian threat was neutralized, our country entered a revolution. The slavers rose up and took control of the government. 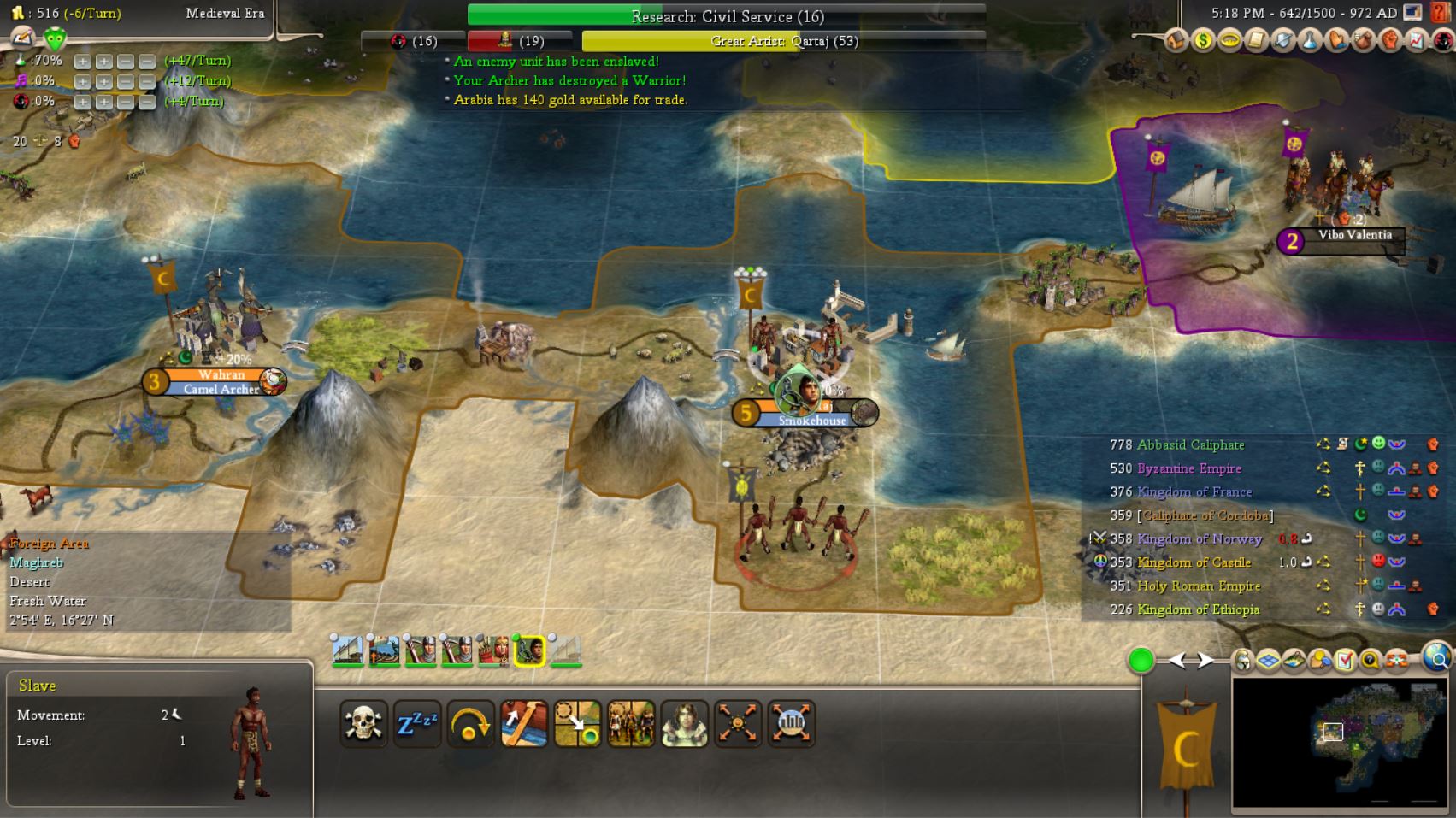 We took slaves from the Berbers and the Tuaregs of the northern Sahara and sent them to Marrakus. 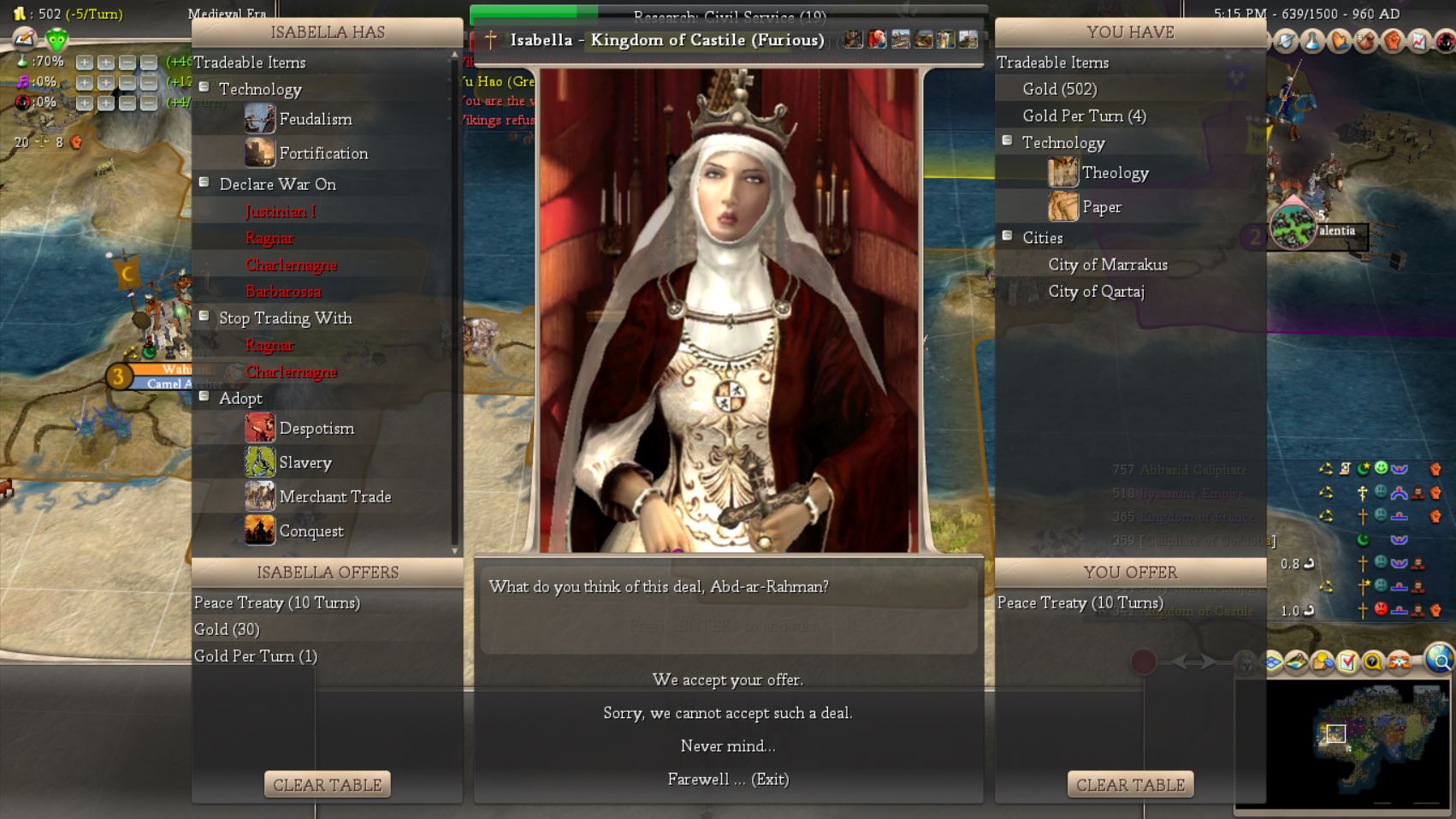 In the 10th Century, the Vikings began to attack us. Not wanting to fight two fronts of war, we signed a treaty with Castile and made them pay us tribute. 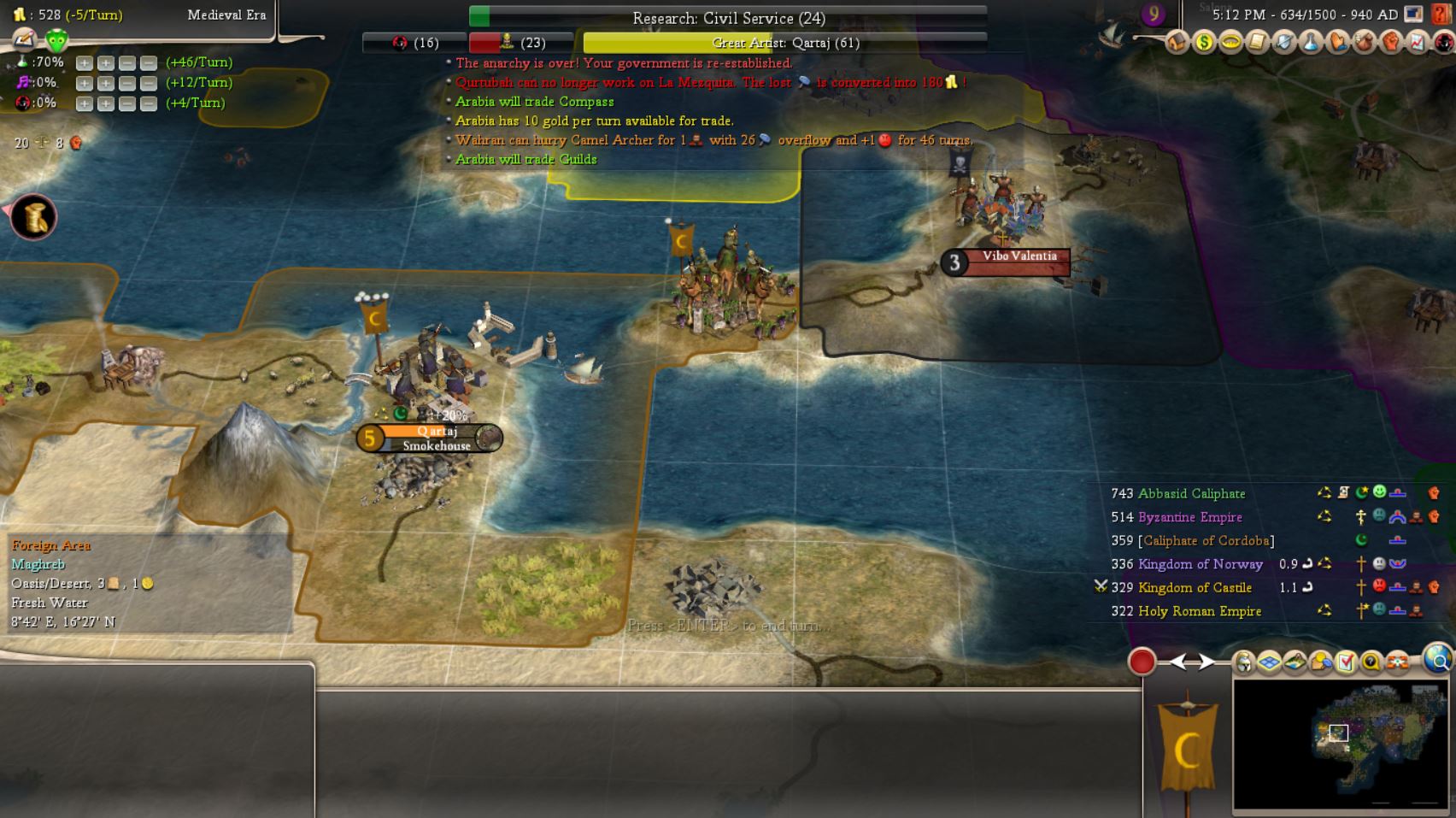 During this time, we also took the Island of Sicily and their wine orchards. For a time, we were able to sell it to the Abbasids for a profit. 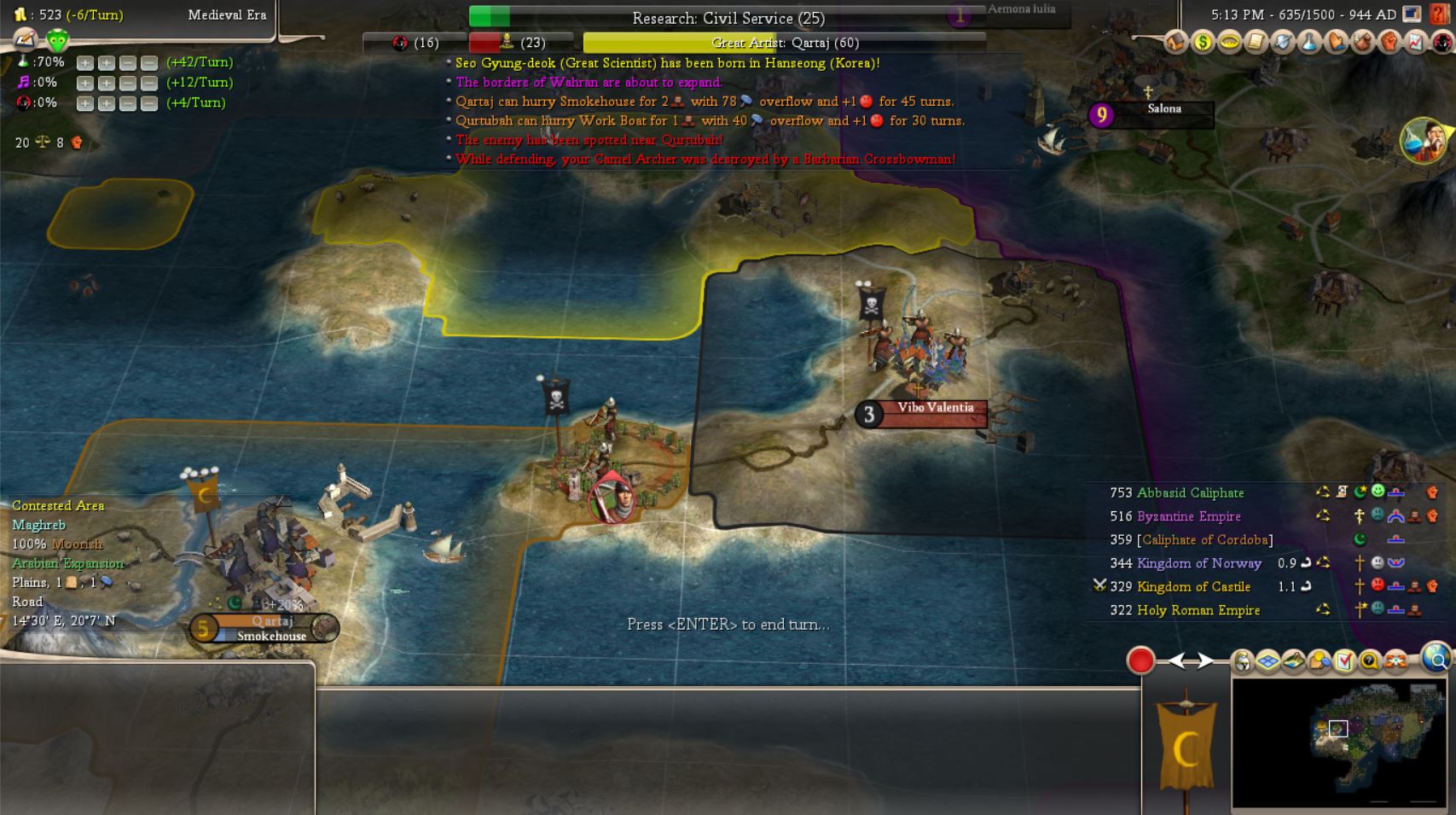 But the Ostrogoths pushed us from that land. They claimed the winefields until they were conquered by the Carolingian Empire. In the chaos that followed, we retook the wine and began a trade network across the Mediterranian sea.

Location
In Your Capital's Starting Ring

Hope that you continue this sometime.
+1

with Pasture
You must log in or register to reply here.

The retconning of the President
2