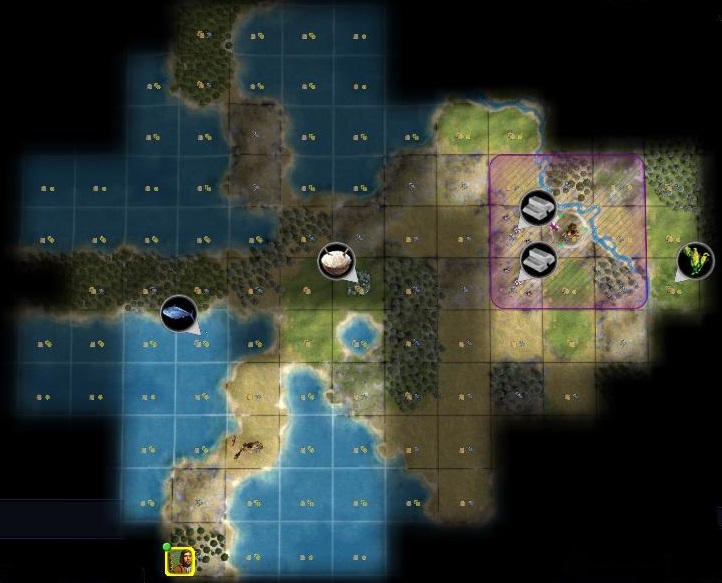 How is Augustus doing? Notice any significant differences between this game and Huayna Capac's?
Use this thread to tell us what happened in your game, up to 1AD.

Reading Requirements
If you are participating in BOTM 247, then you MUST NOT read this thread unless EITHER

I've had a fun time playing this until 1AD but likely won't play much further, mainly because Deity still isn't quite my cup of tea and partly because I had a sneaky reload in 150BC to see how I'd do at 1AD without an unfortunate occurrence.

Speaking, of course, entirely for myself, I did find playing the Romans much more convenient than the Incans. I'm probably a bit of a noob with quechua warfare anyway, never played the Incans much in any case and even less so after they got the overpowered-stamp of disapproval and got practically banned from the HoF. Playing with praetorians is much more straightforward and knowing there was iron around (although didn't remember where exactly) and having the two silvers around to just power research forward to IW, also not having to detour for stuff like AH without pasture resources in the capital, made it all pretty easy sailing relatively speaking, at least up until 1AD. I settled in place and then built a second city west of rice and a third due east at sheep/clam/fur/ivory to secure those happies and block off Gandhi a bit.

In 1320BC I finally declared on Roosevelt. He immediately got Frederick in against me, but at first the latter barely sent units. In the first wave I conquered Philadelphia which he had settled on the land bridge towards us, Washington and New York. Signed peace to heal and got math and masonry out of it. Declared again and got 2 more cities and HBR out of it. Now the armies of Frederick started to come, but by simply blocking the access path west of Antium with a single axe made his SoD turn around. If it weren't for this buggish feature things might have looked differenty.

Finally, after a third war got Roosevelt's last city in 300BC and the Americans were no more. Here I was still at war with Frederick and practically forgot about that as militarily he hardly posed a threat through the blockage, now also in the spoke far SW that connected Germany with the former Americas. However, in 150BC he bribed Asoka against me who annoyingly killed workers and a settler with his exploring units. So here I decided to reload, sign peace with Fred to avoid being declared on by Asoka and see what 1AD would look like.

So at 1AD I'm at 12 cities, 57 pop, 10 workers and a turn away from CS. With those stats I'd generally be quite happy also on immortal or emperor, so on Deity musn't be all too bad. However, I'm pretty far behind techwise. All AIs have CS as well, and I wouldn't know what a wise tech target would be to trade my way out of this. All AIs have CS/MC/Aesth/Calendar/Construction/Compass/Feud/Theo which I miss. And then some already have paper, philo, guilds, machinery or some combo of those. Possibly the answer would lie in more warring with praets vs longbows with some cats and jumbos mixed in.

I probably won't find out this time around.

Tried to be aggressive in early game. But still unable to finish off Germany before he gets Engineering. 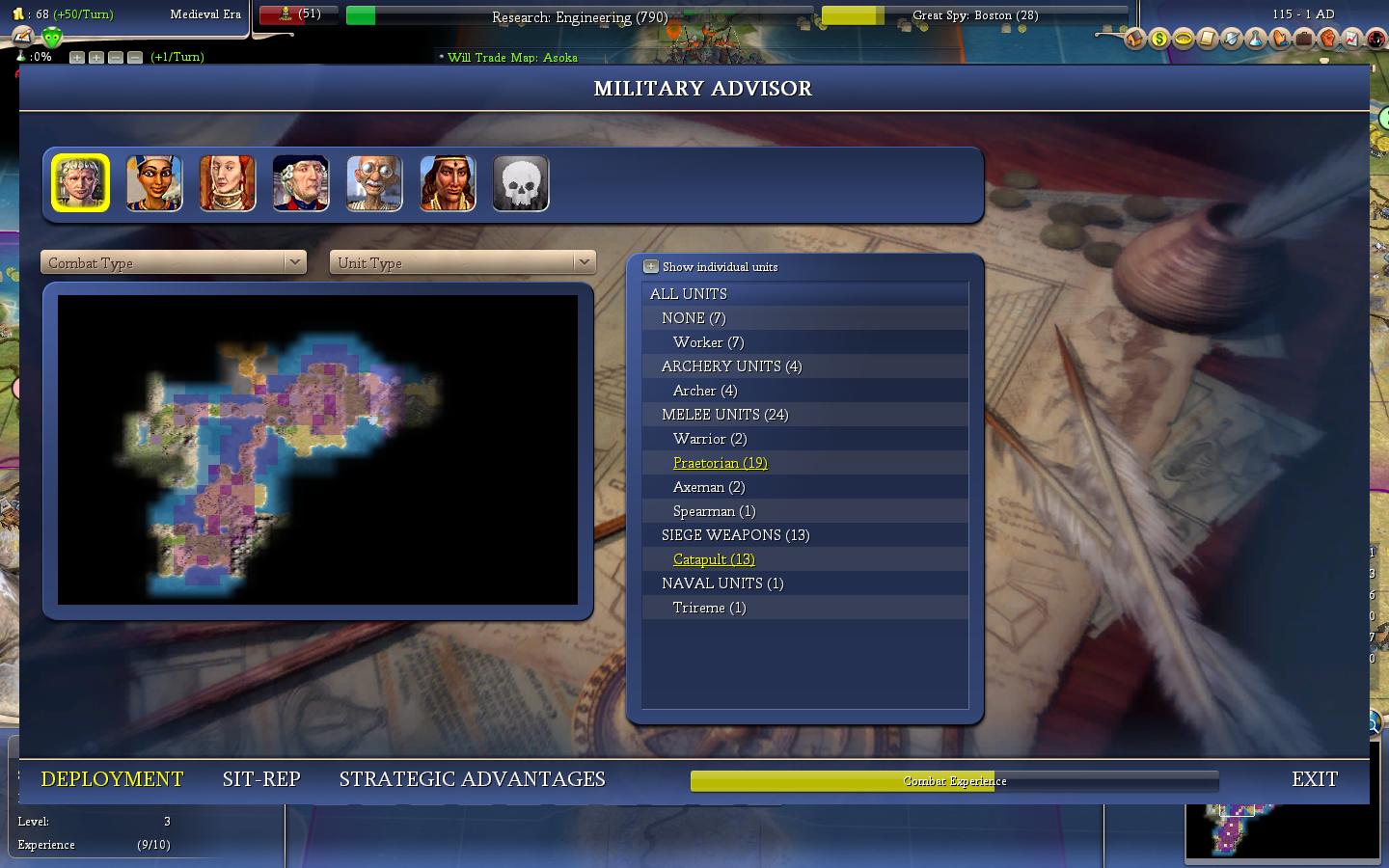 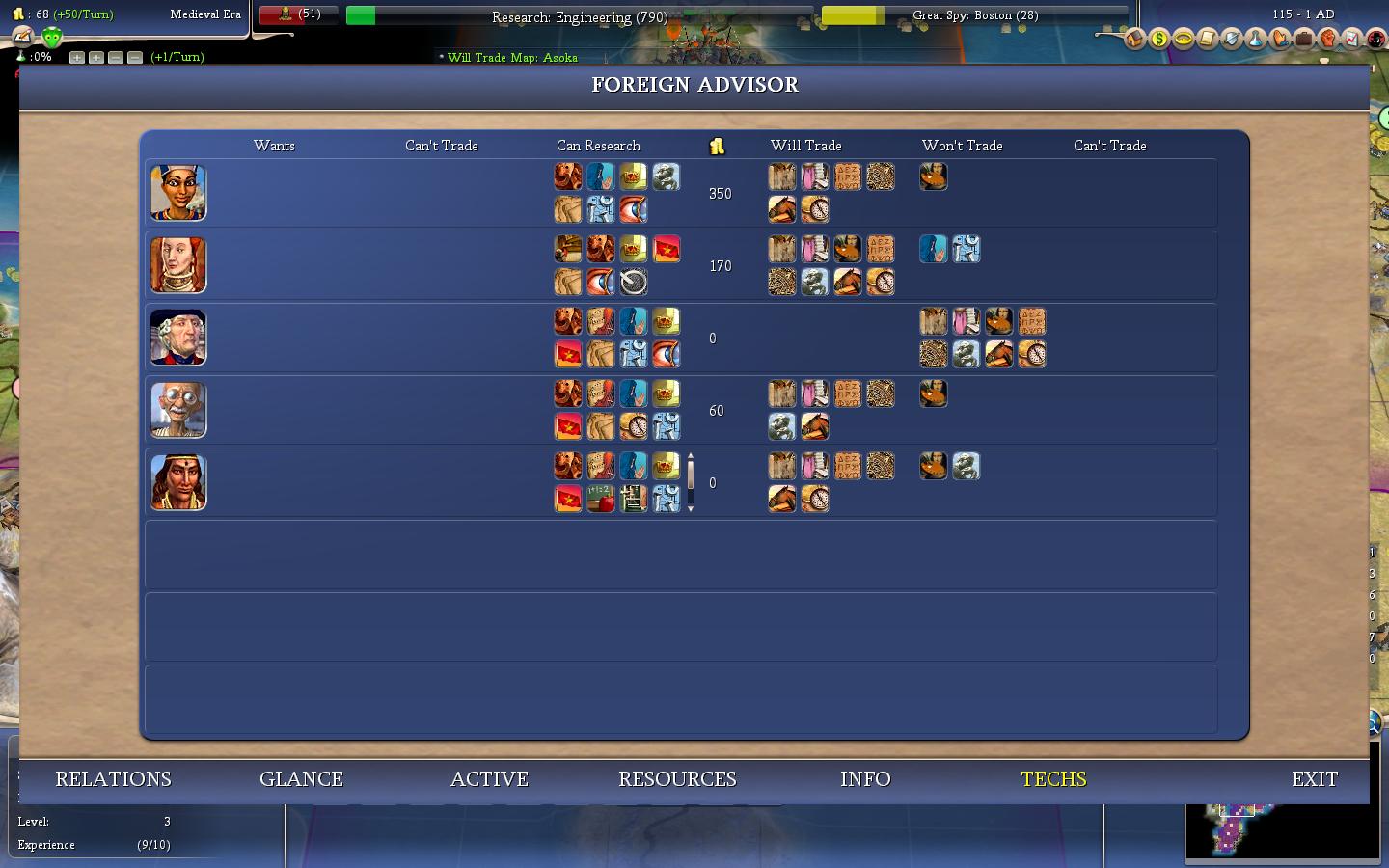 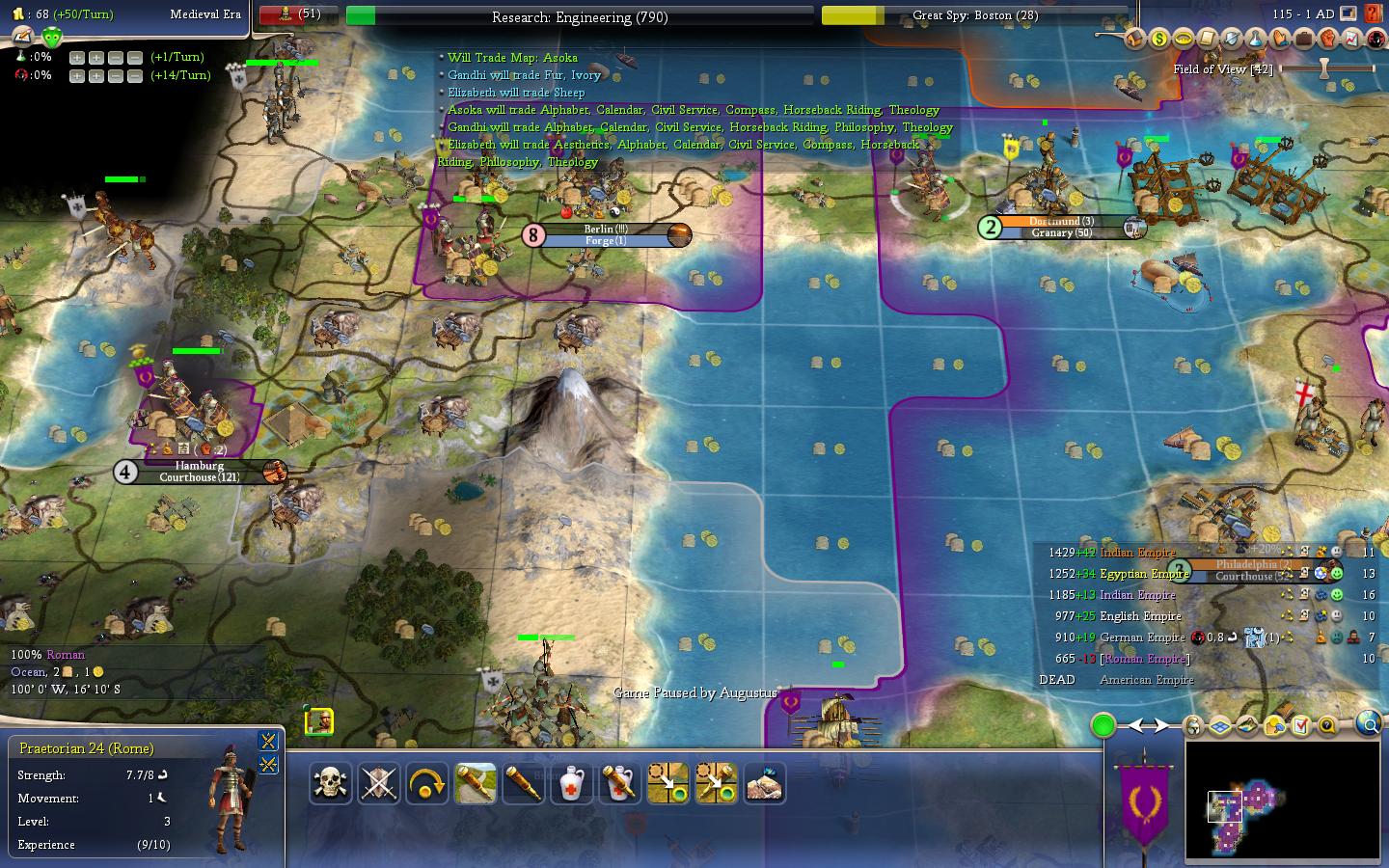 Total map knowledge made me act a bit crazy and neglect my usual diplo.
Germans got bribed to Dow me twice and now I can't make them Friendly.

America put up a bitter resistance by leaving 0 buildings every time I captured one of their cities no matter how big or small it was.

Going to be very difficult to capitulate the other 5 with how fast they tech, but they are all pretty peaceful AI so Rome just needs to grind them down.
Kaitzilla vs. The World
The Largest Civ 4 Deity playthrough in history!​
You must log in or register to reply here.