[K-Mod] Rise and Fall of the Roman Empire

The ancient Roman empire, in its beginnings, after subduing local Samnite and Etruscan tribes, came into conflict with the more powerful Mongolian nomad confederacy. 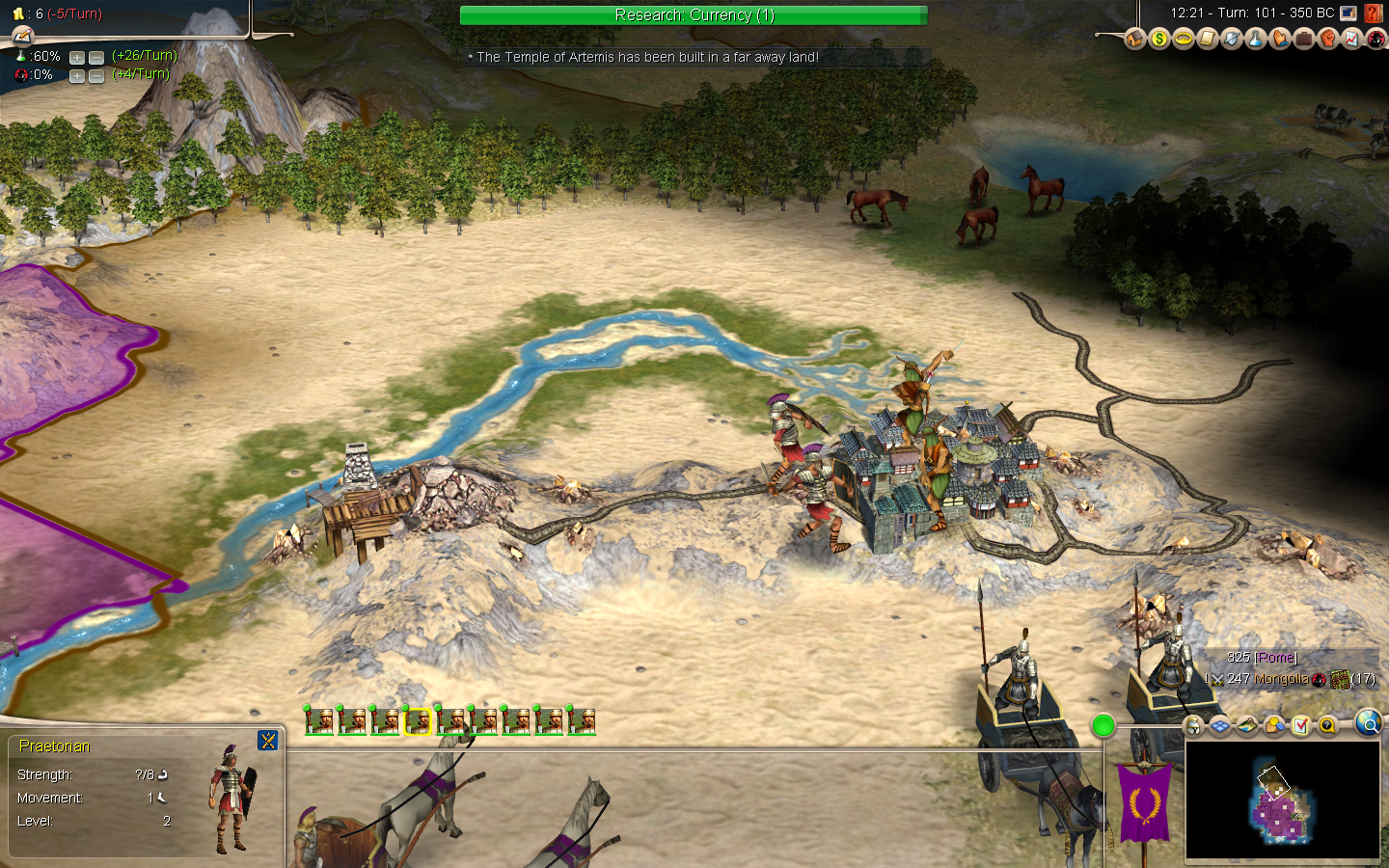 Horse and foot archers of Mongolia were no match for Roman legions. Their last stand at Turfan, no matter how heroic, could not prevent the inevitable. 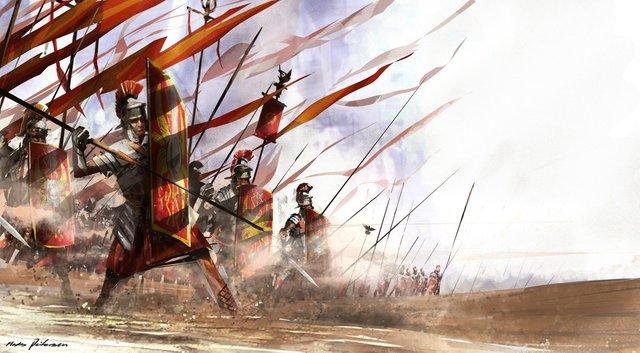 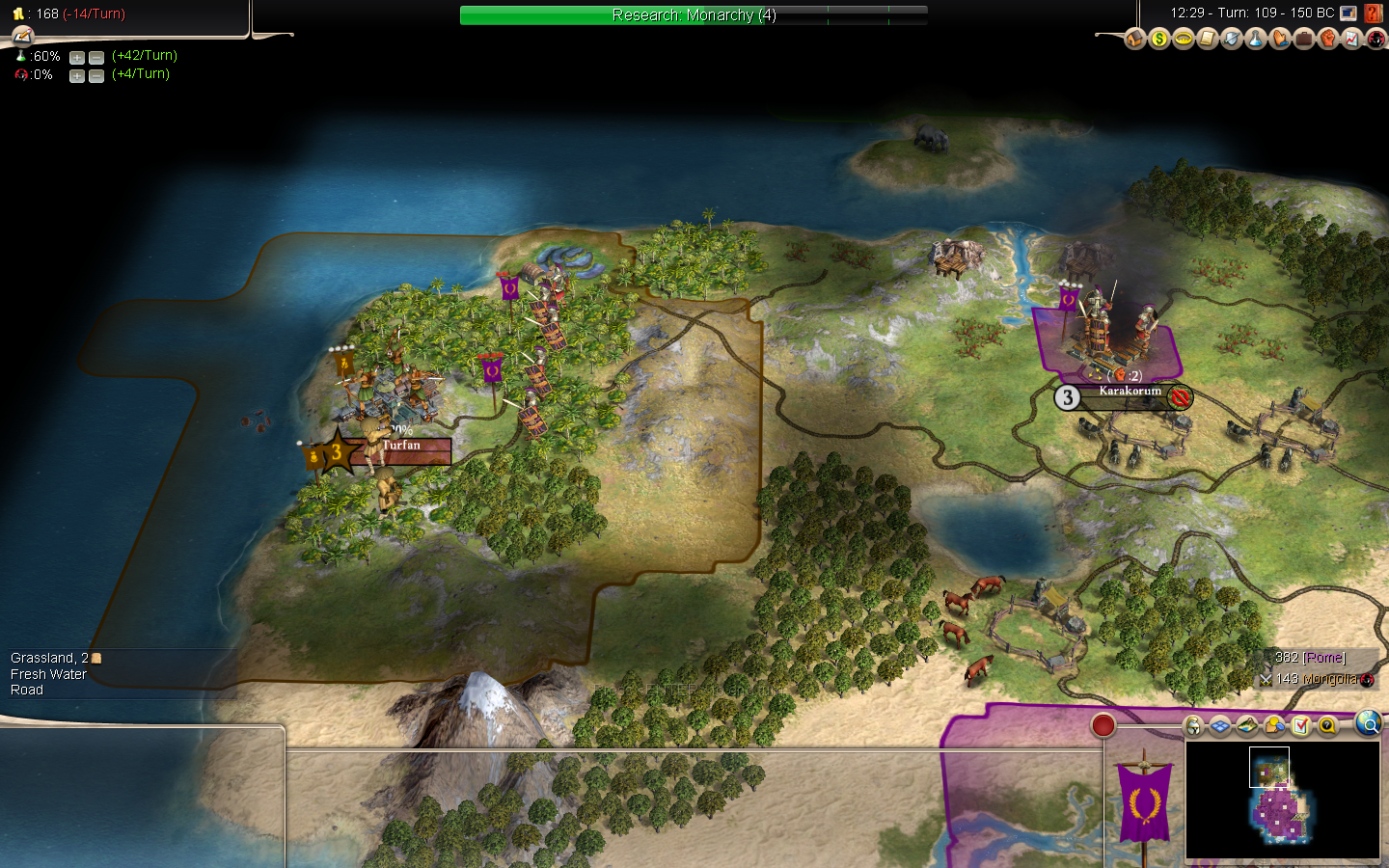 After the Romans discovered the overseas continents, trade in exotic goods between Rome and other nations prospered. 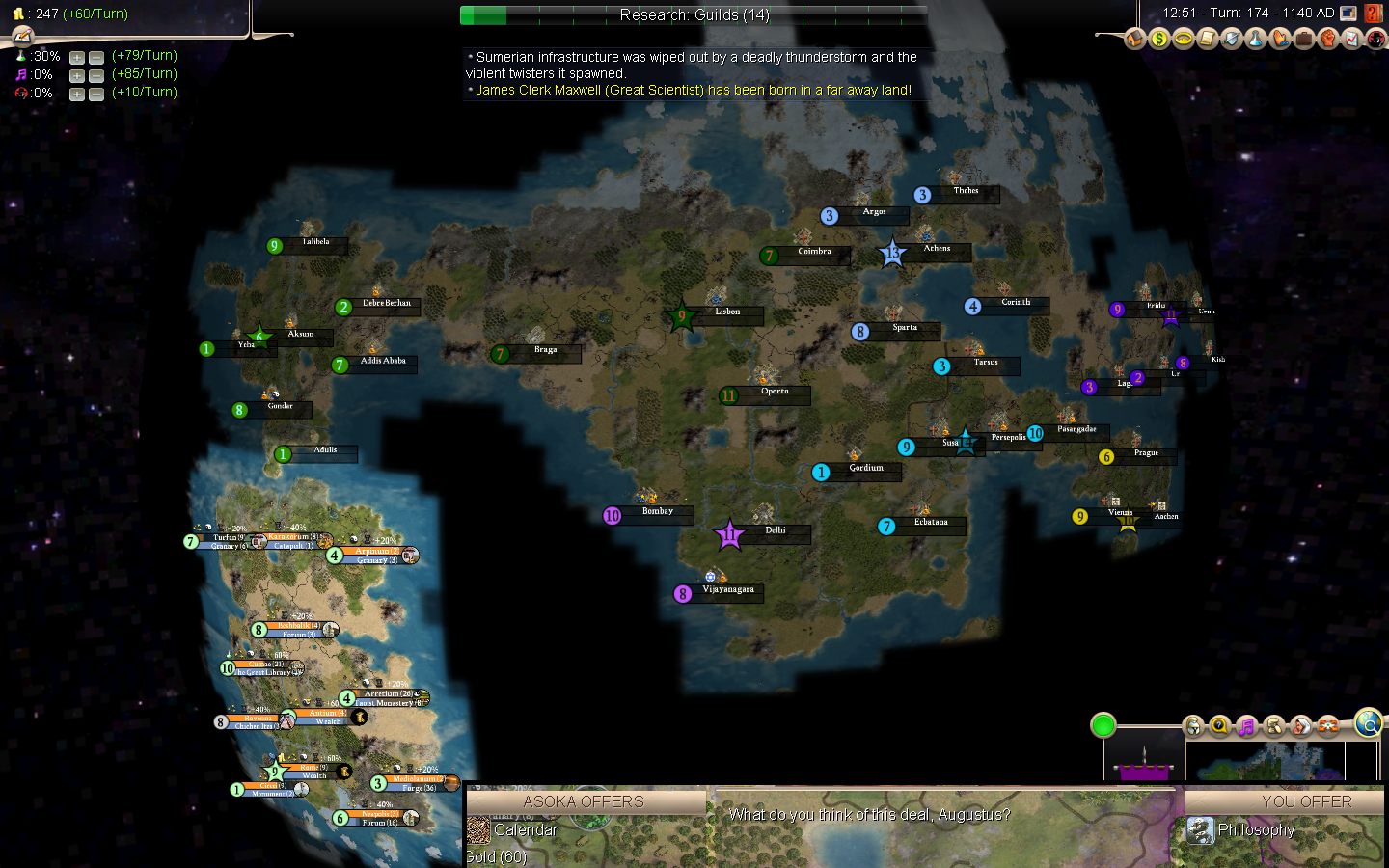 Expansionist Emperors turned their sights onto the Ethiopian peninsula on the northern continent. Ethiopian resistance was, initially, quite effective... 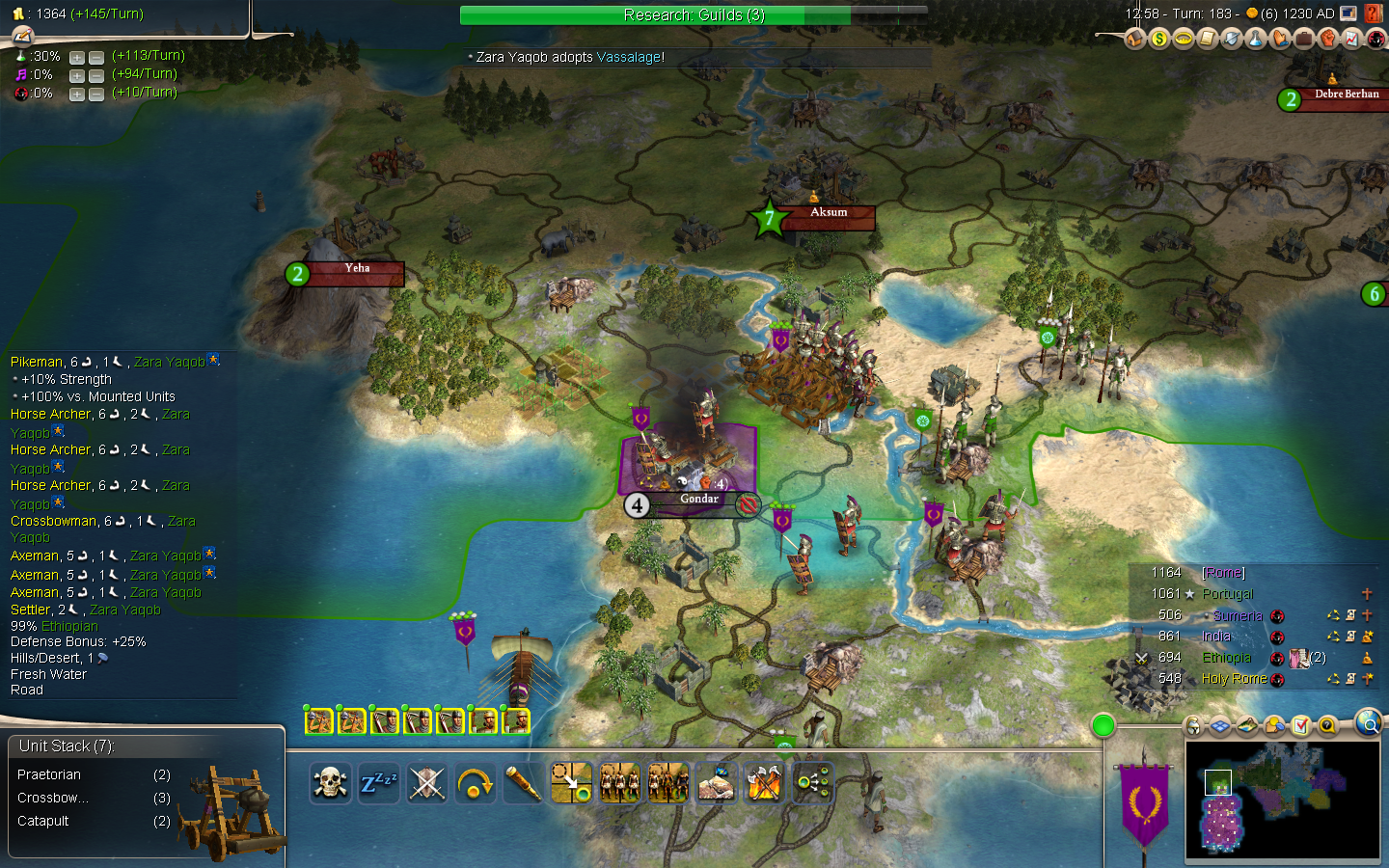 But eventually, it had to give way to the juggernaut of Roman iron-clad troops. 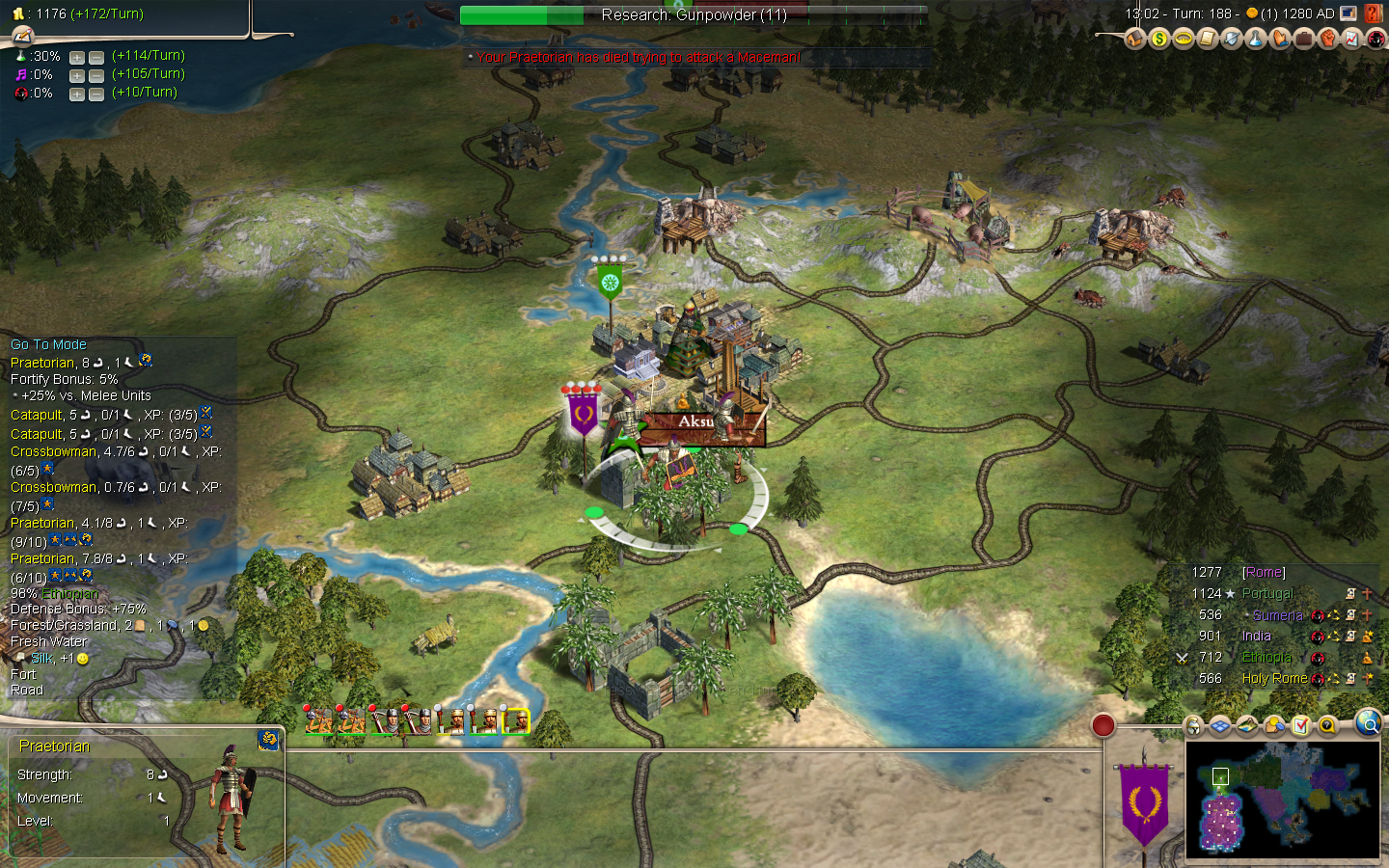 However, decadent and complacent, the Romans made a huge mistake in ignoring the expansionist desires of the Portuguese empire. The eventual invasion of India by Portugal came as a surprise to emperors in Rome. 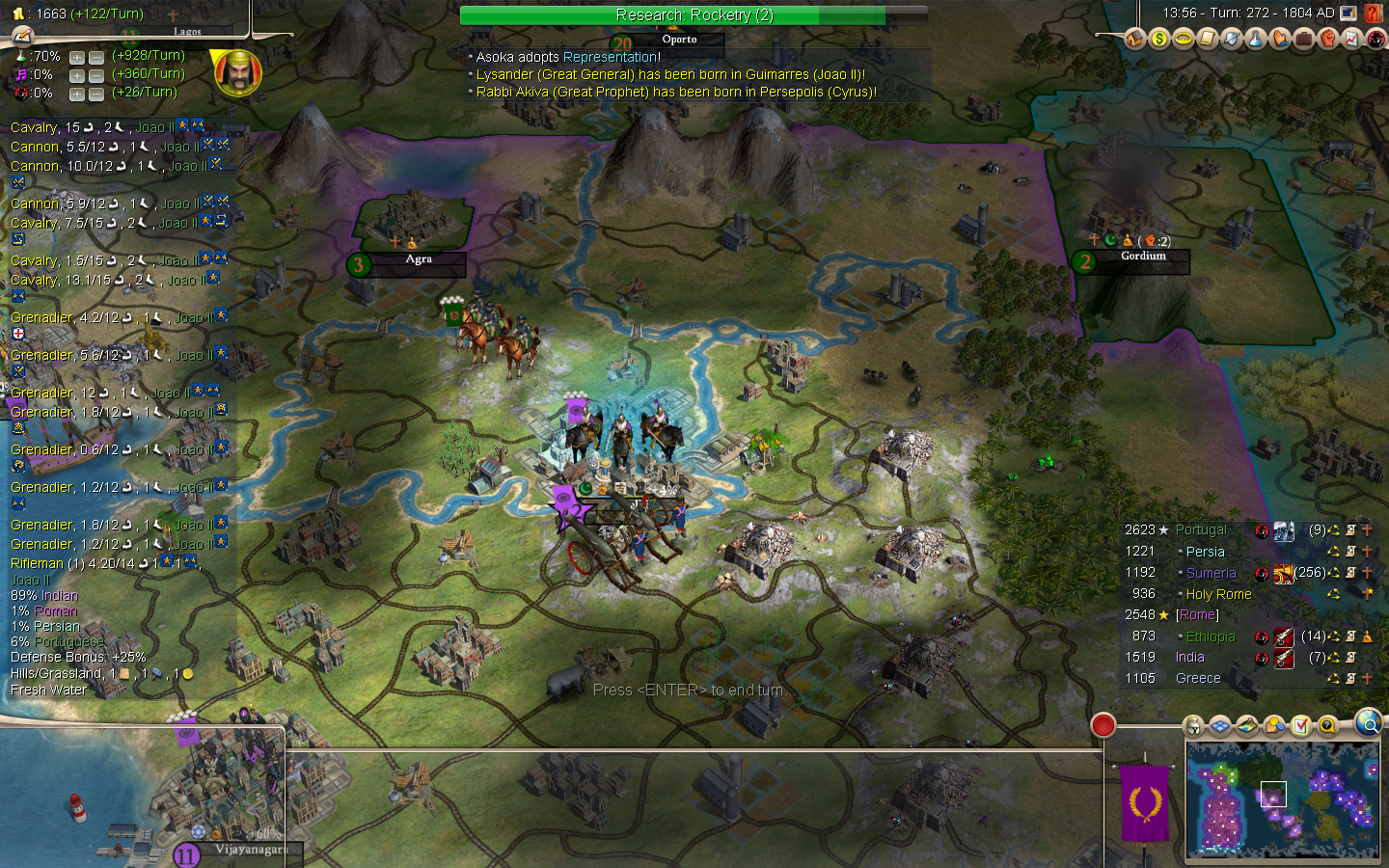 The Romans granted rifle-producing techniques and equipment to India, but it wasn't enough to stop Portuguese troops from holding a victory parade in Delhi. 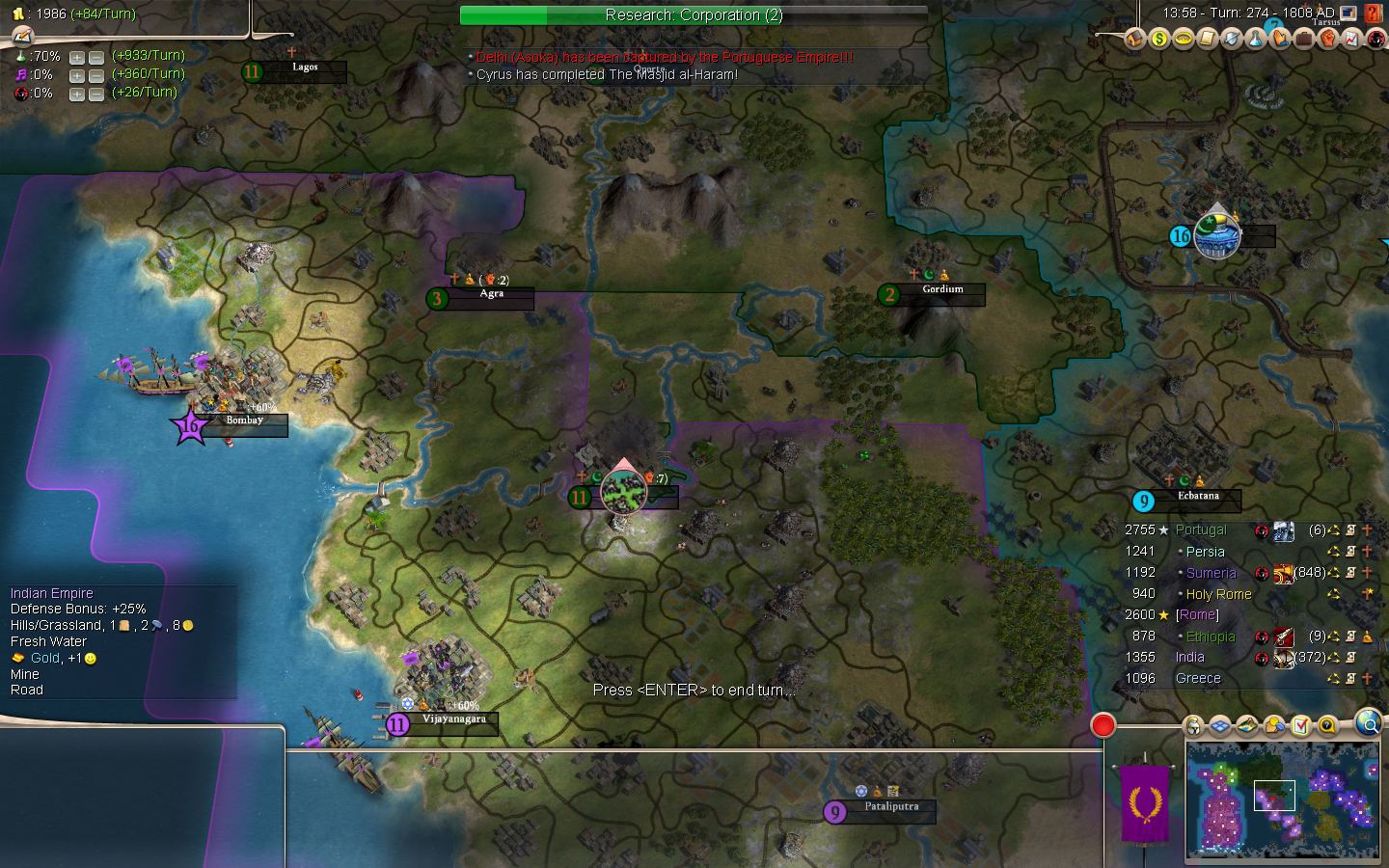 Instead of understanding the new geopolitical situation, Romans had dreams of space colonies. Portugal, however, had more realistic dreams.... 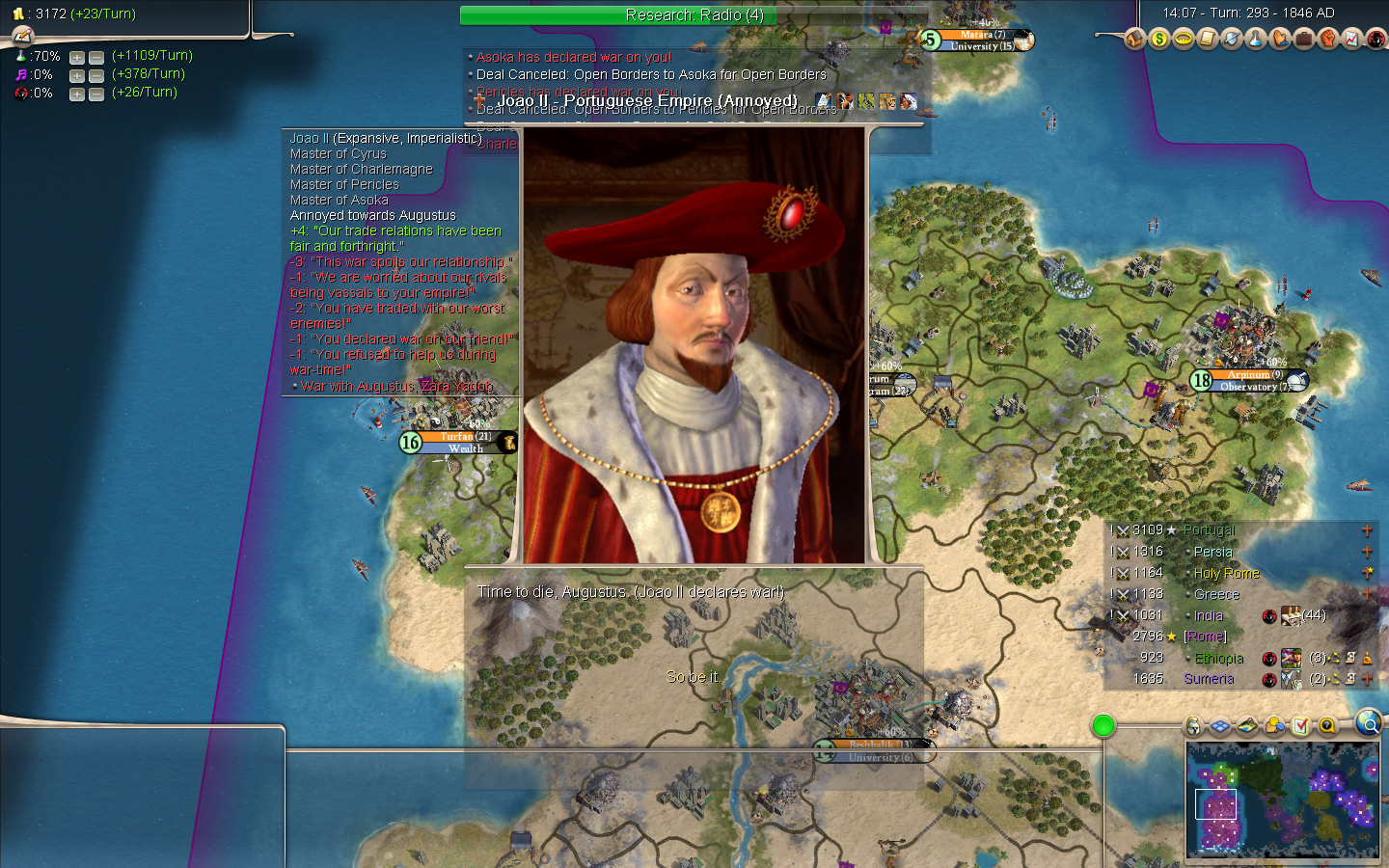 Roman SAM Infantry - the best-equipped units they had at this time - weren't strong enough to compensate for the sheer amount of people Portugal and its vassals fledged. 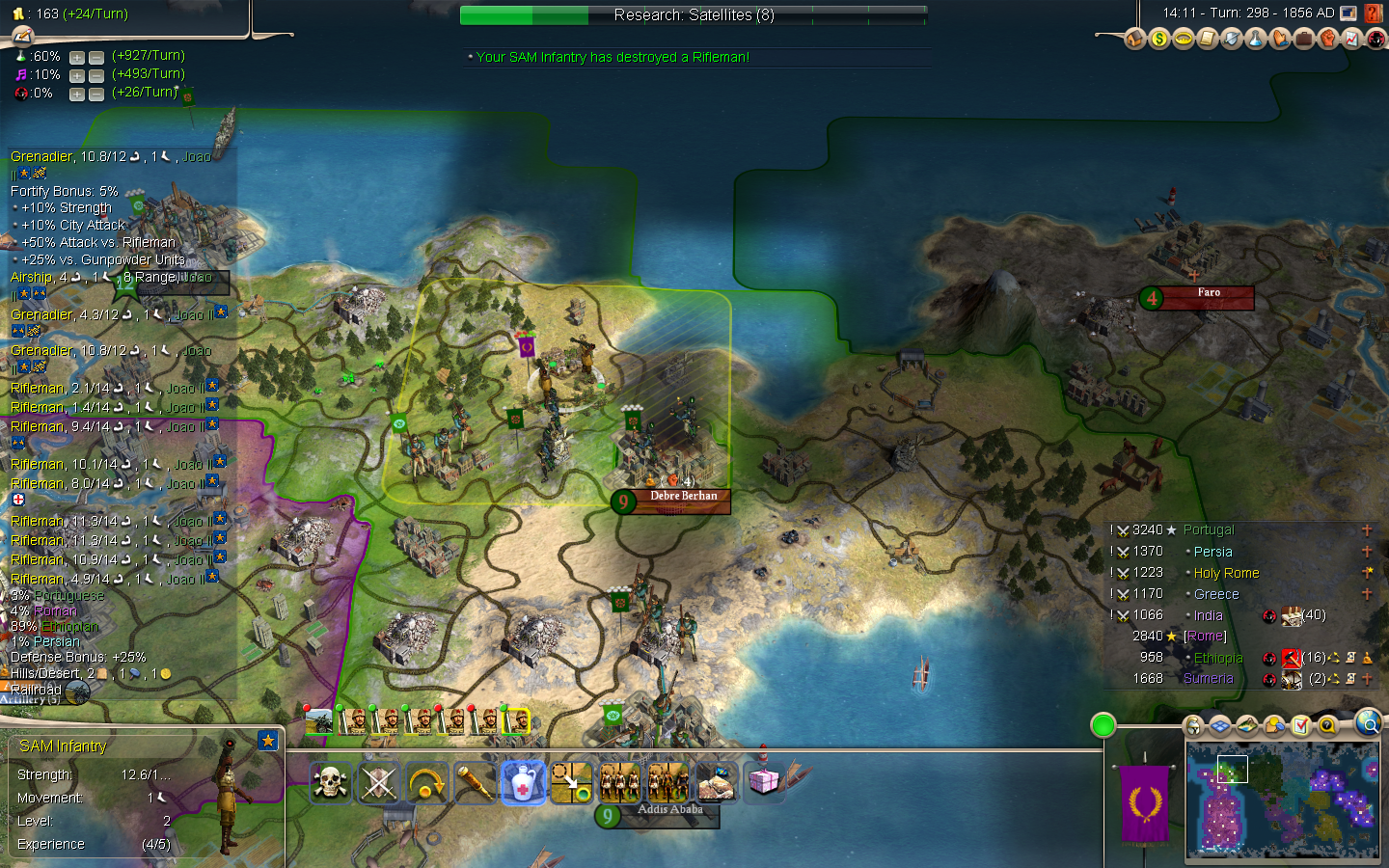 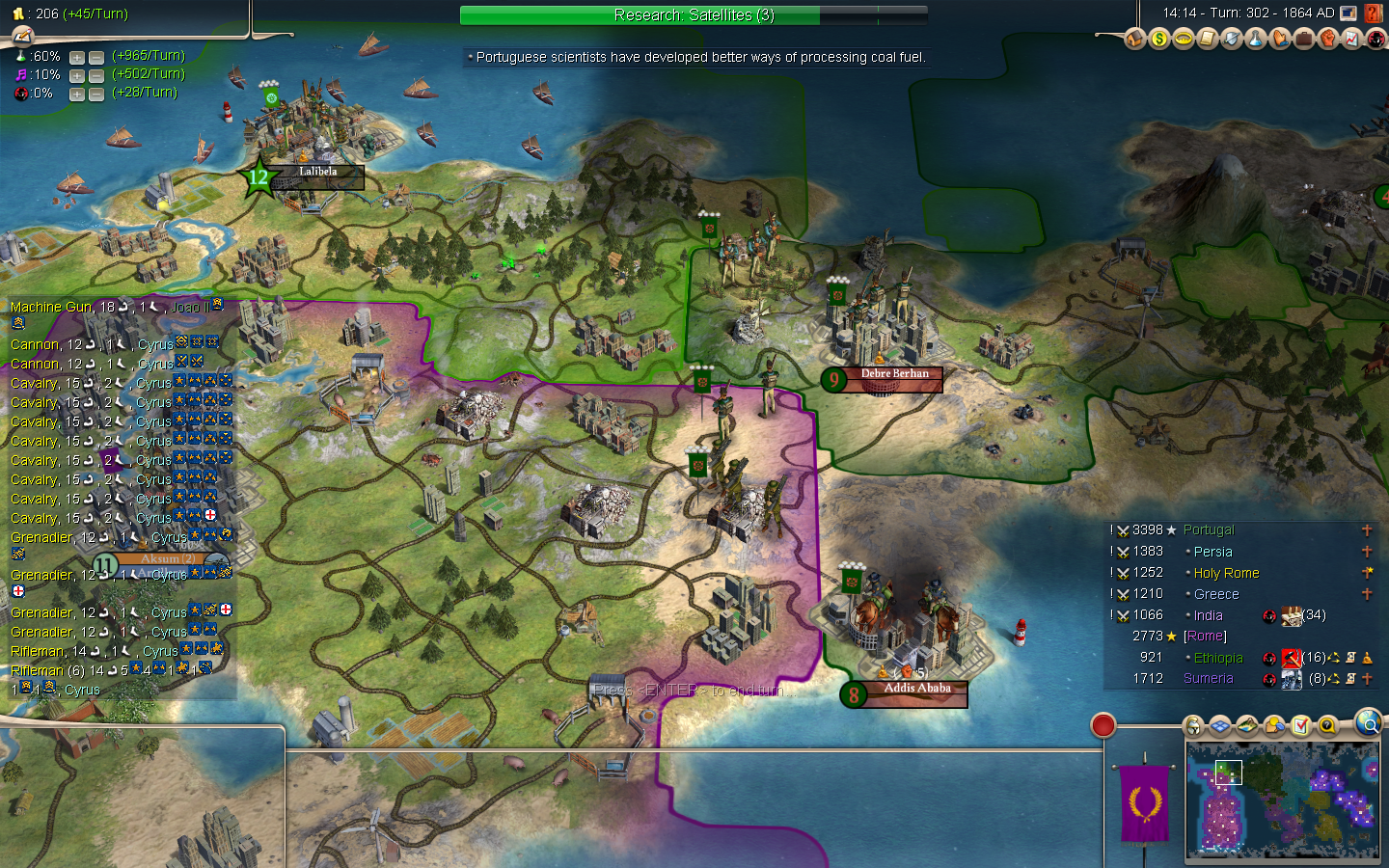 Reinforcements from the mainland were able to stop the Portuguese assault only for a short time. 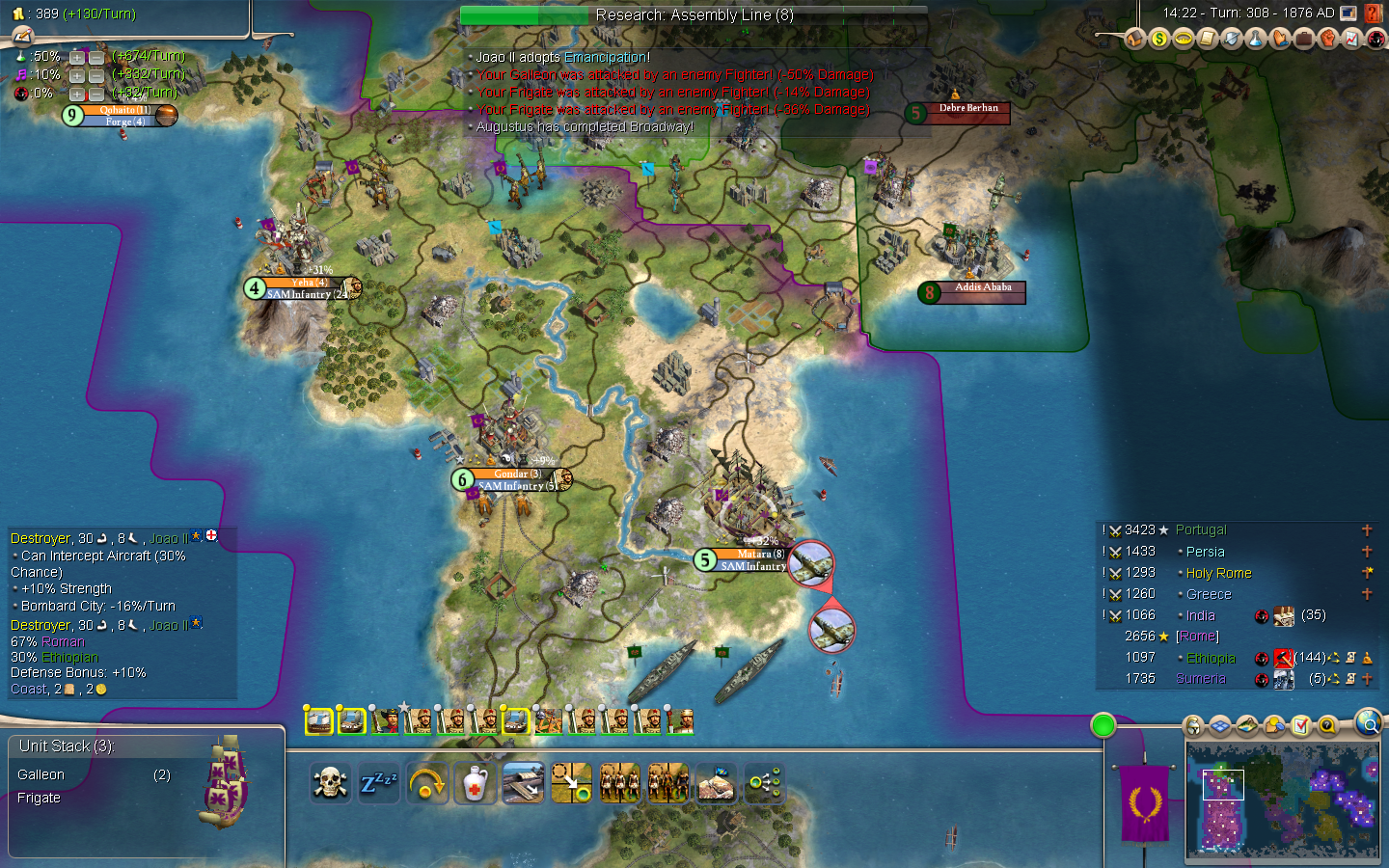 Instead of arming for war, Roman elites spent their time rock-n-rolling in Roman nightclubs. 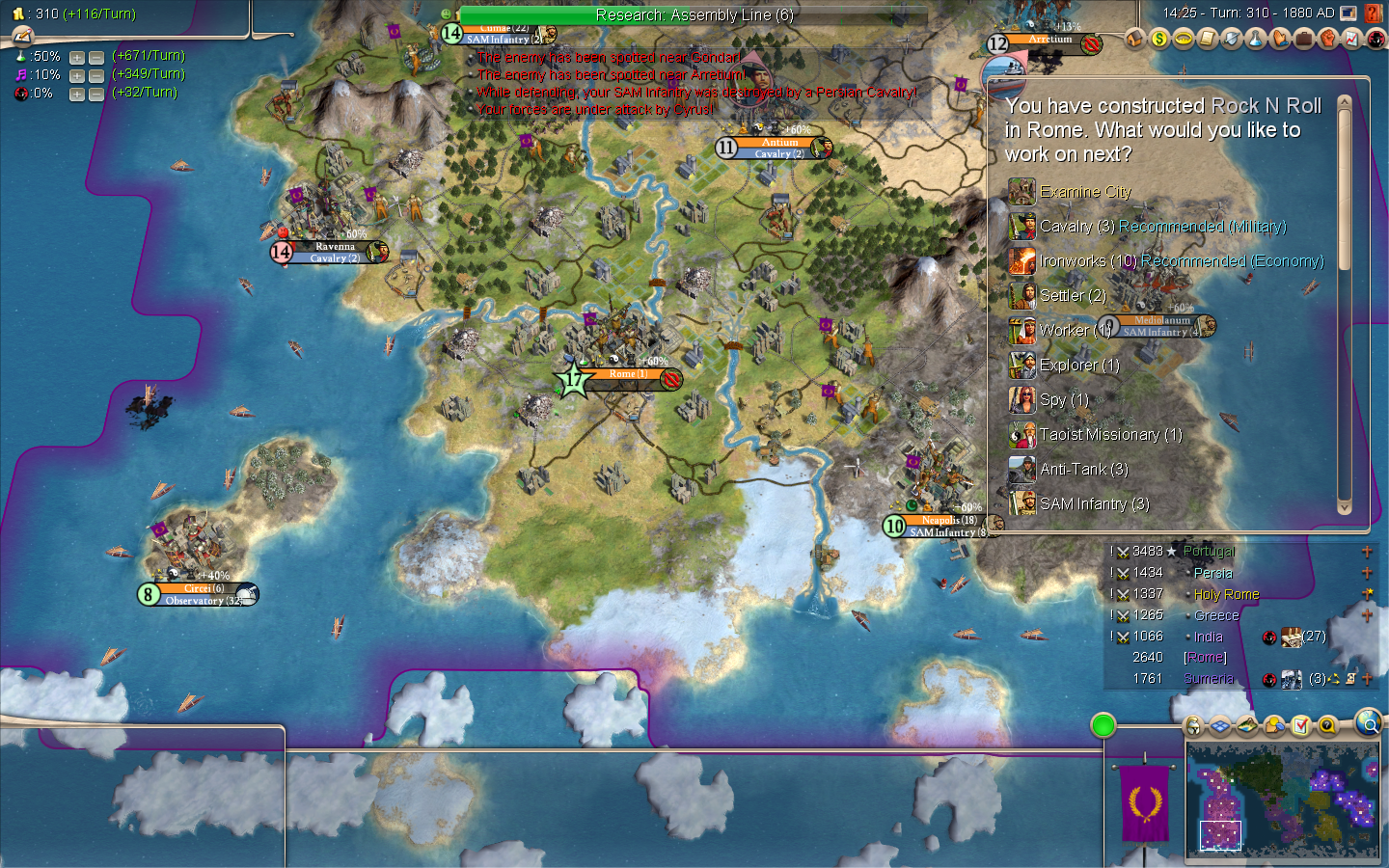 They completely missed the implications of Portugal wielding advanced-rifle infantry. 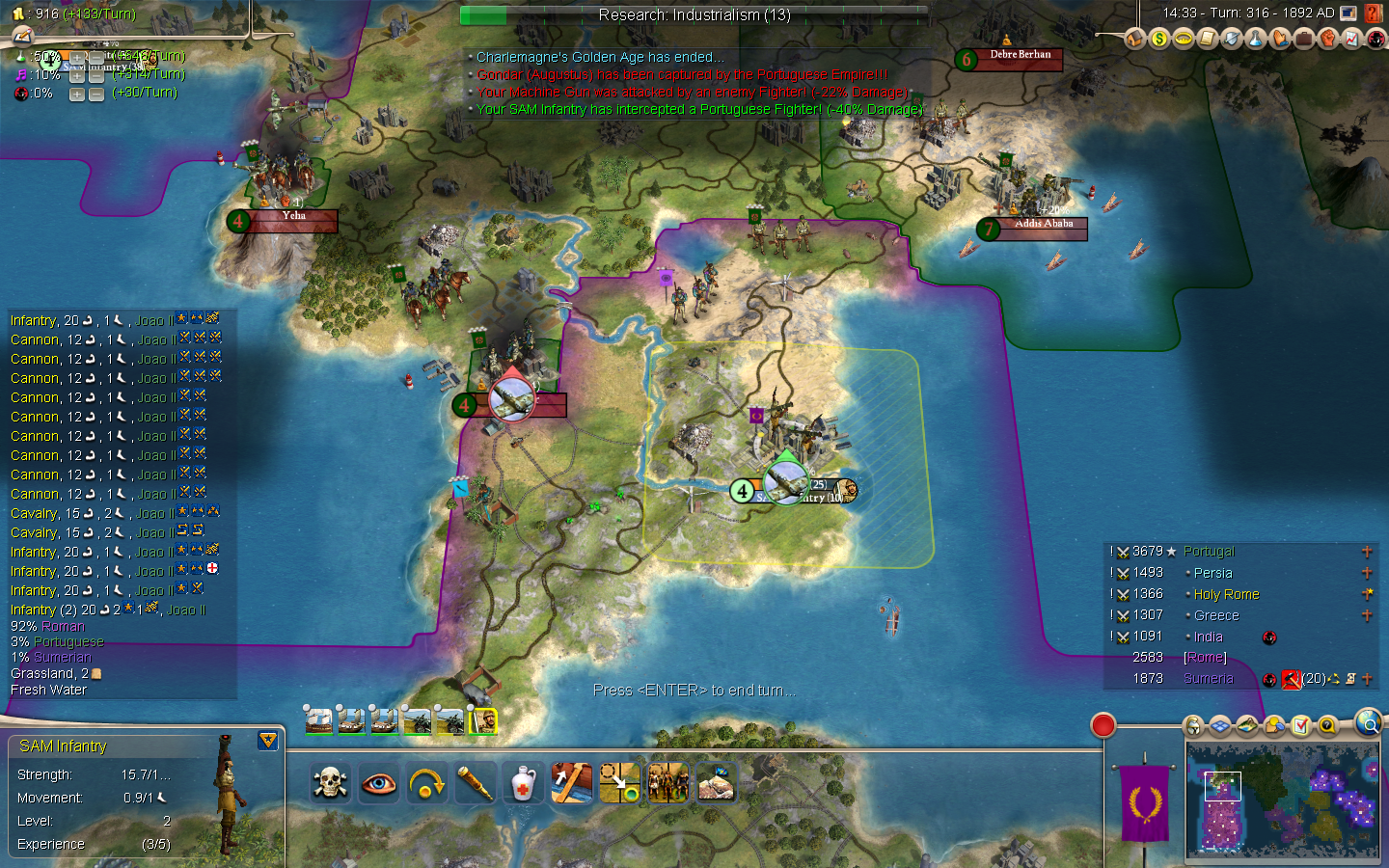 At least, the Romans were the first to put man on the Moon. 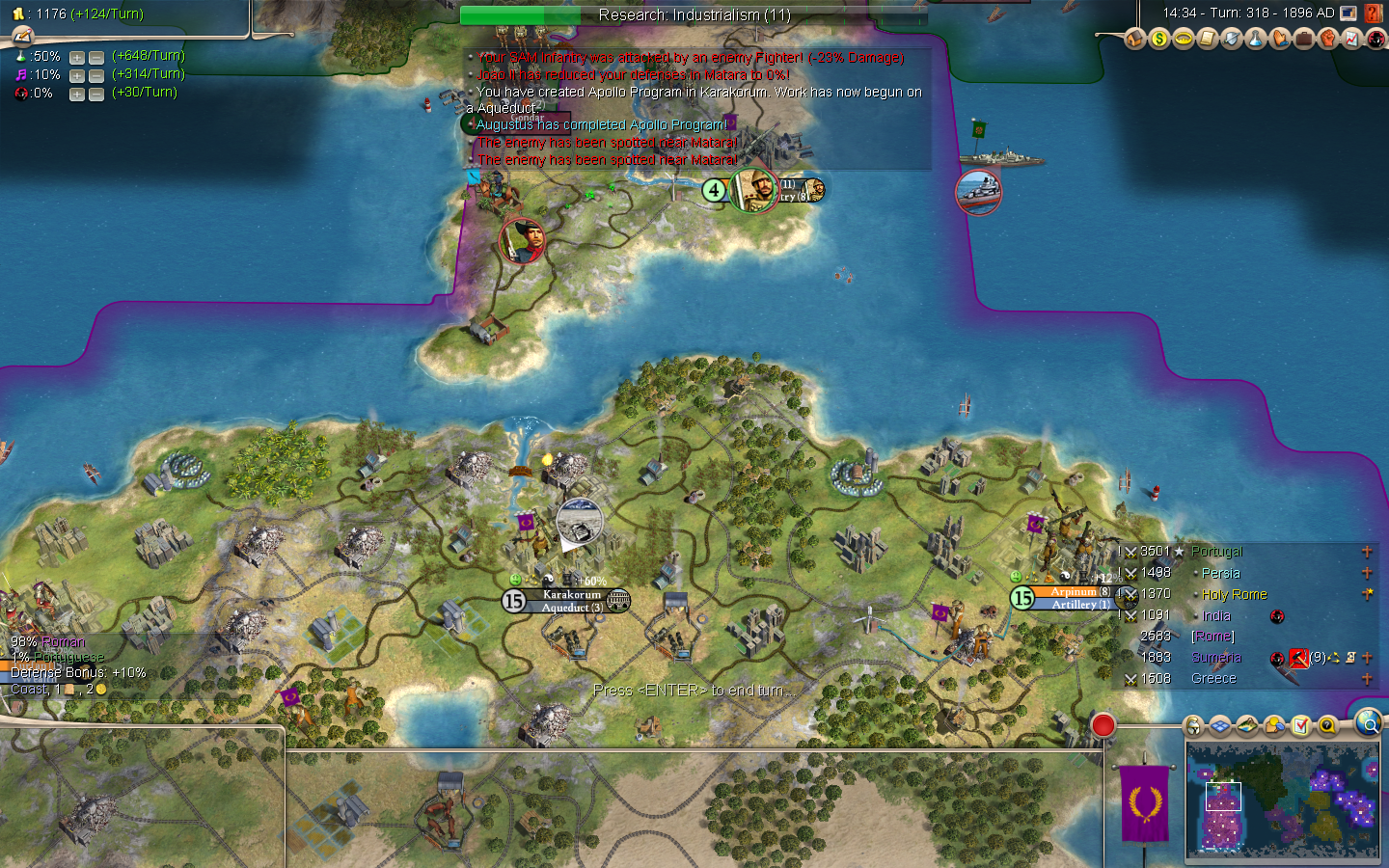 Other Romans found their escapism in spirituality and mysticism. 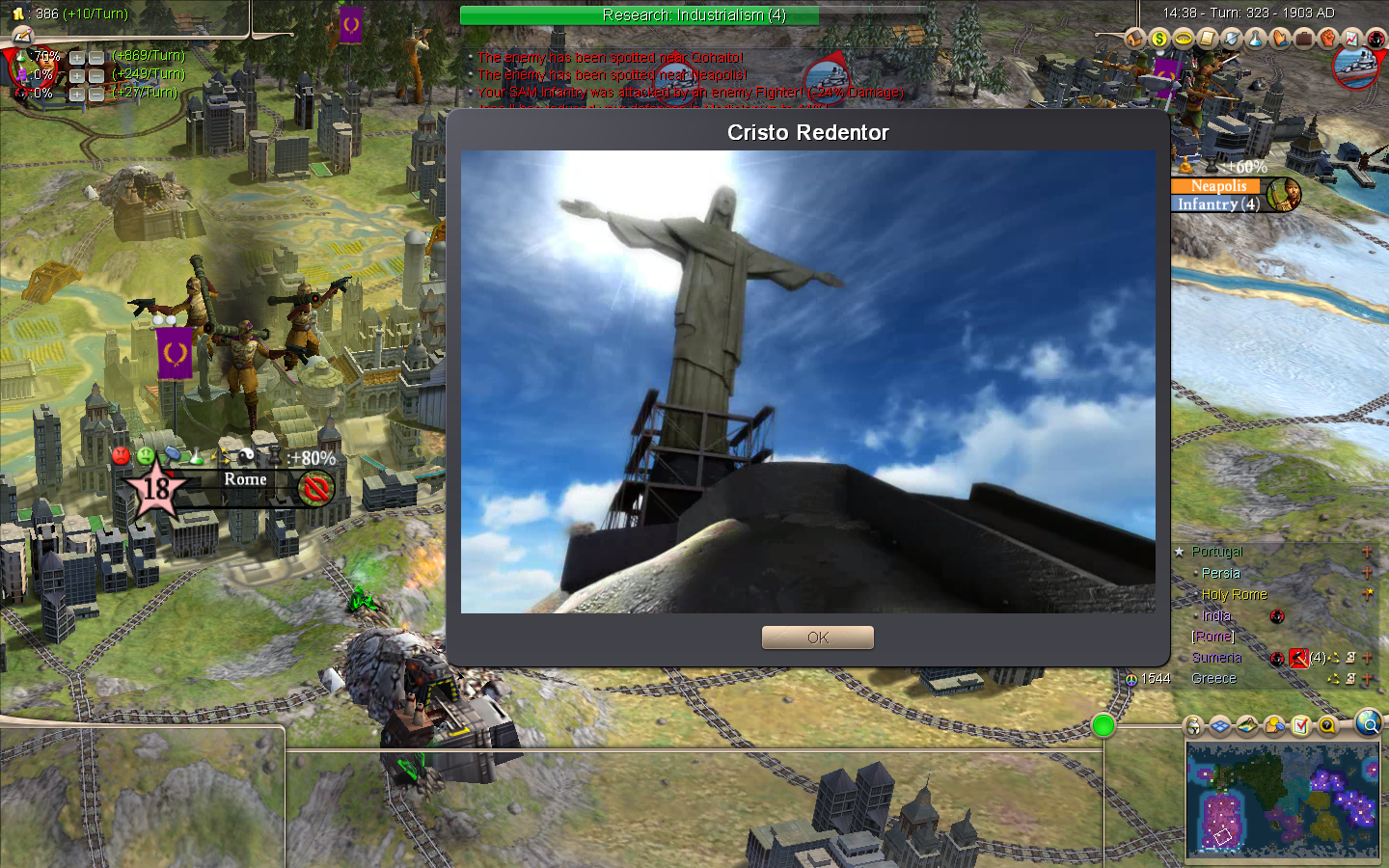 First Portuguese invasions of the home Roman continent were paradrops. Romans managed to dispatch them with relativwe ease, which lulled Rome into a false sense of security. 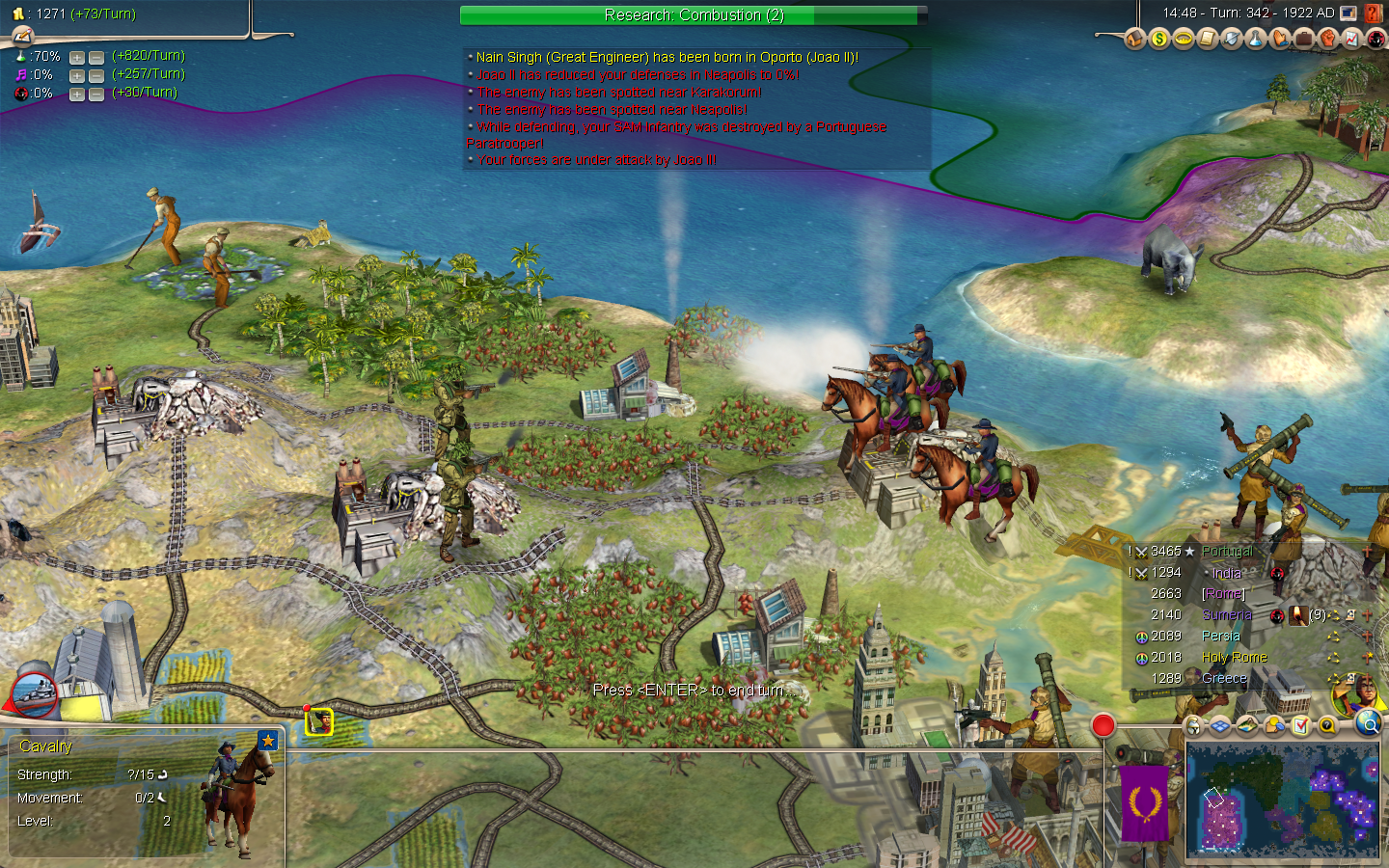 Naval battles with Portugal and its vassals were, at first, inconclusive. 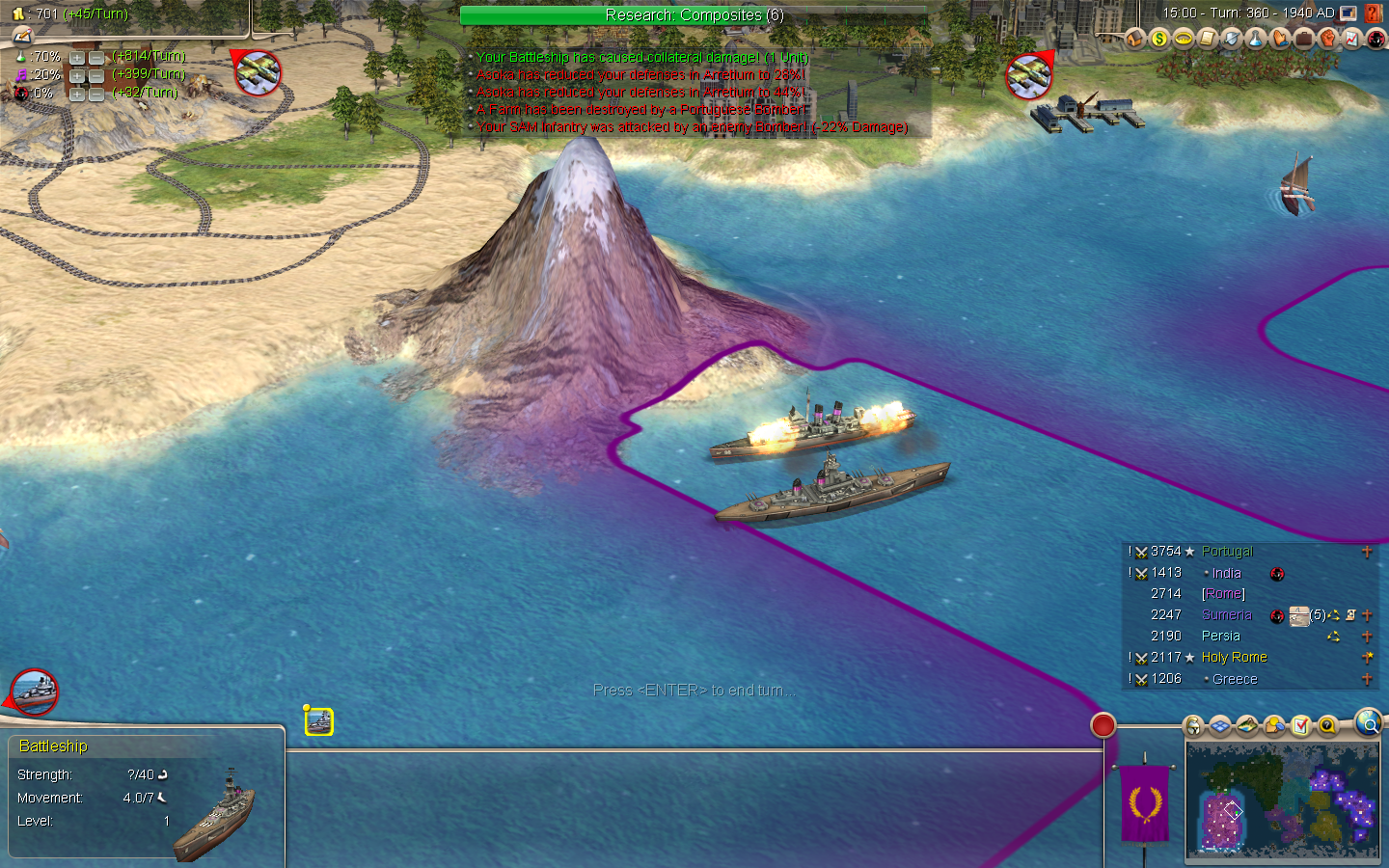 The first proper invasion of the mainland was repelled with Roman tanks. 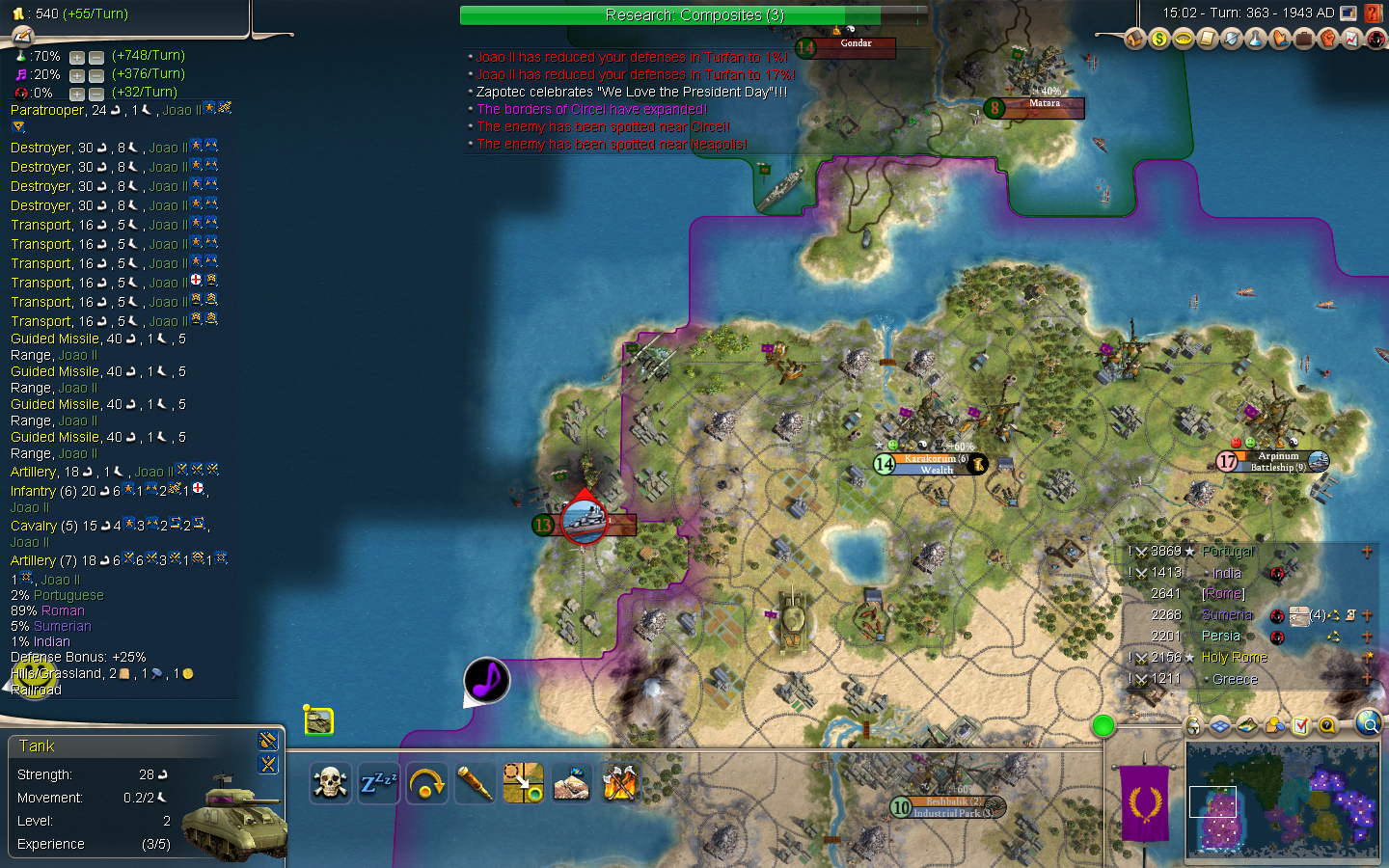 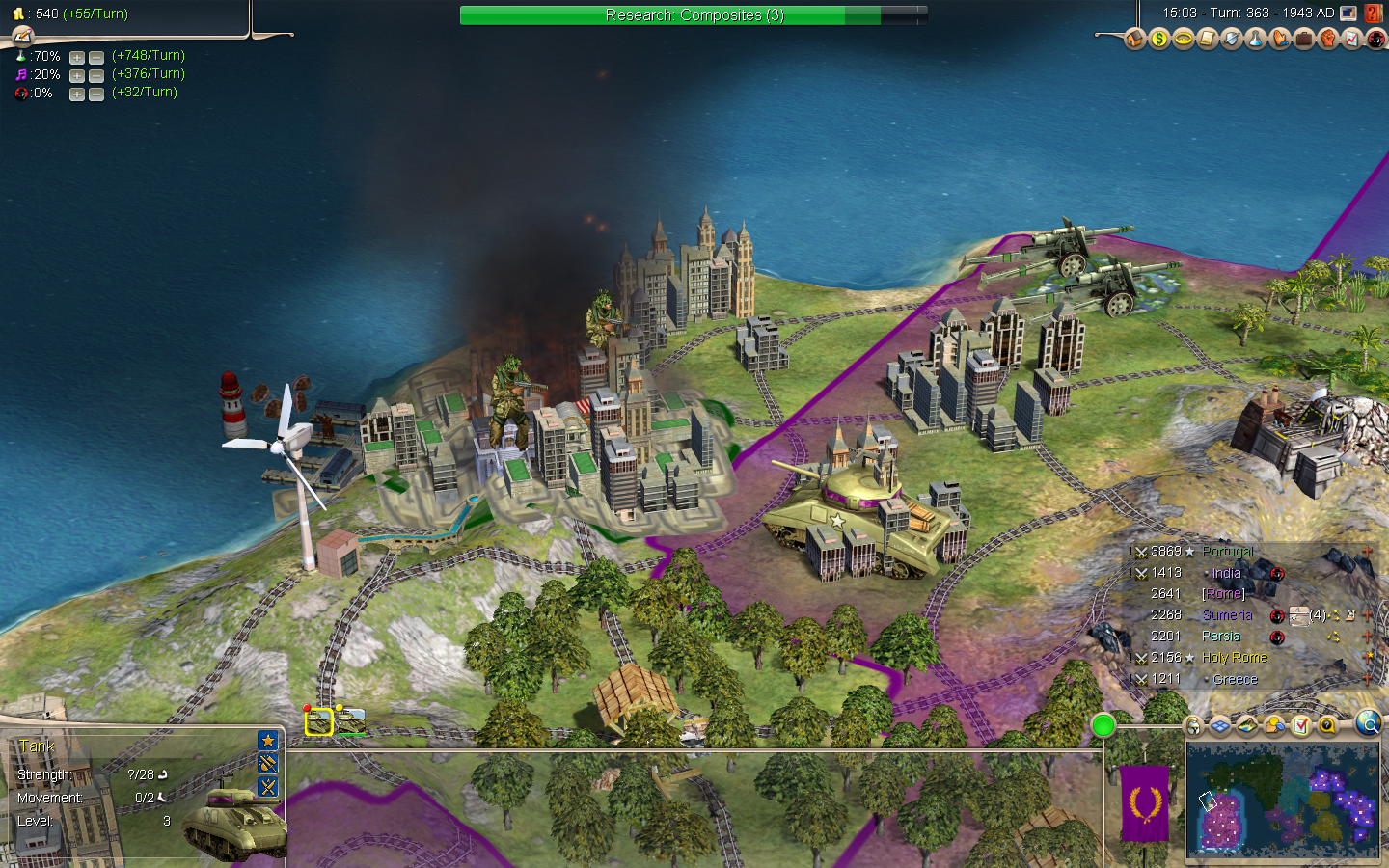 Brave, but complacent Romans continued to focus on building their spaceship. 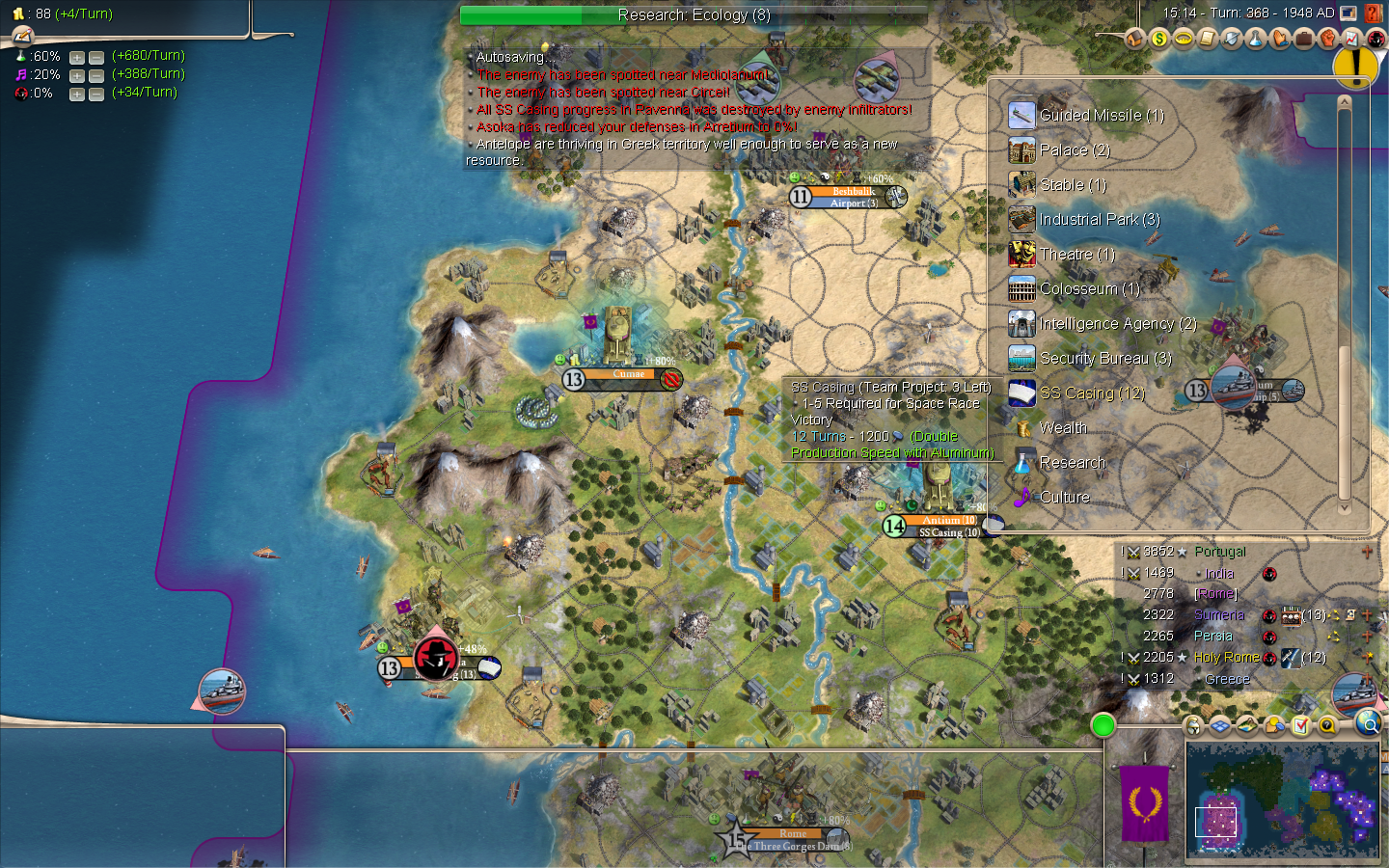 But the two-pronged Portuguese assault from the East and the West took Roman generals completely by surprise. 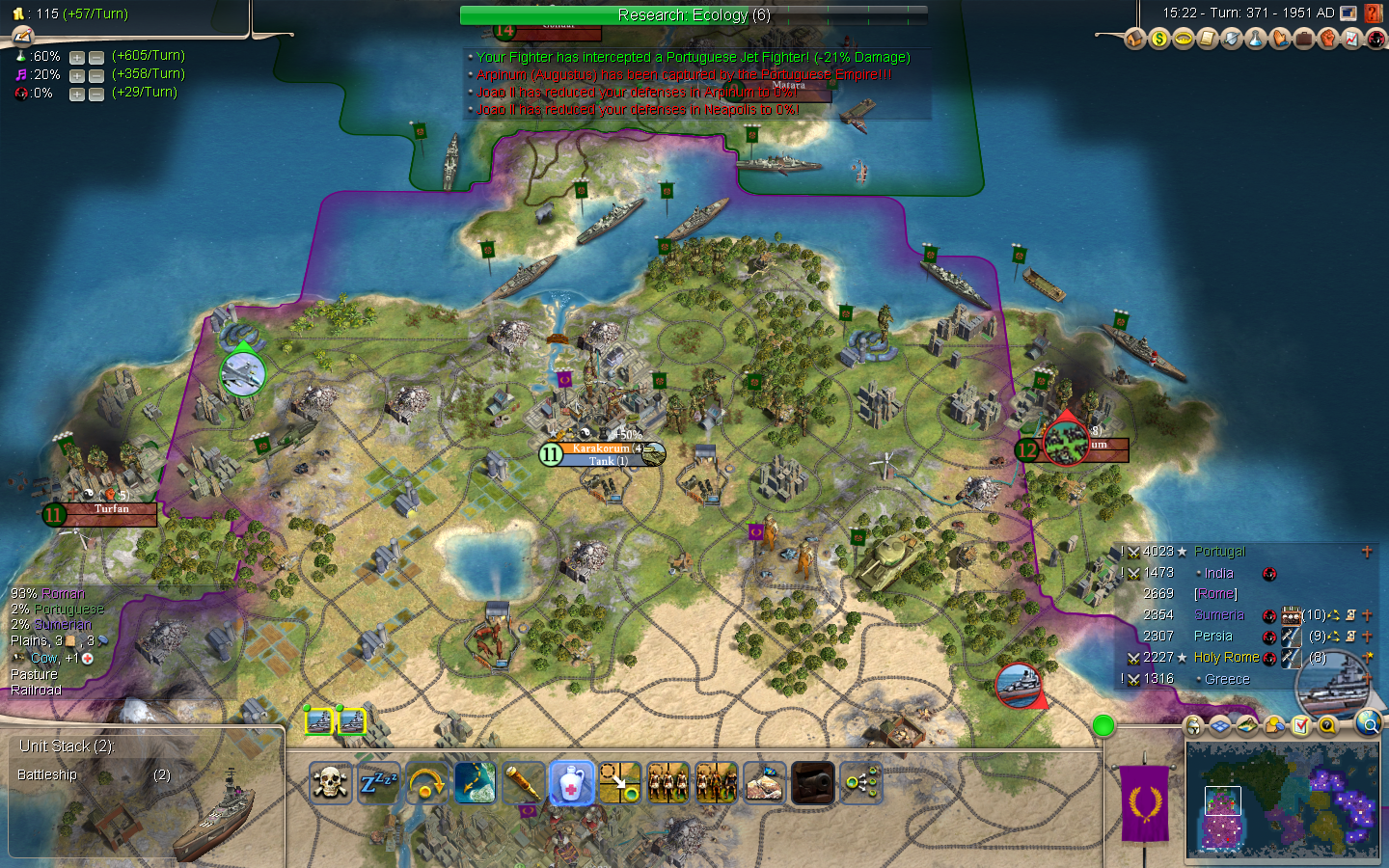 Portuguese Gunships were the doom of Roman army. The Romans had absolutely no counter. 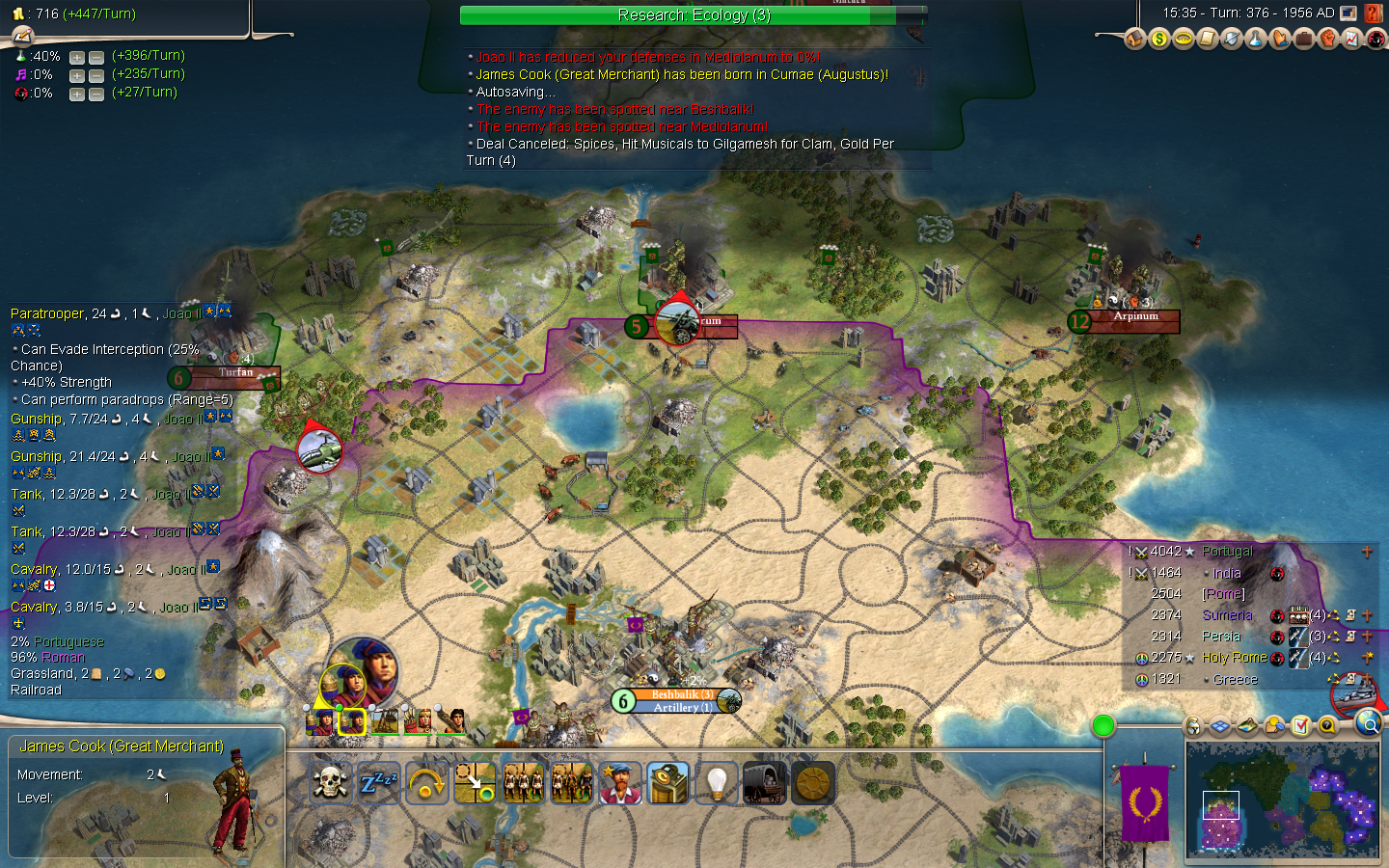 The Iranians sensed the danger, bravely rebelling against Portugal. But by this point, the rebellion, despite initial successes, could only reach a stalemate. 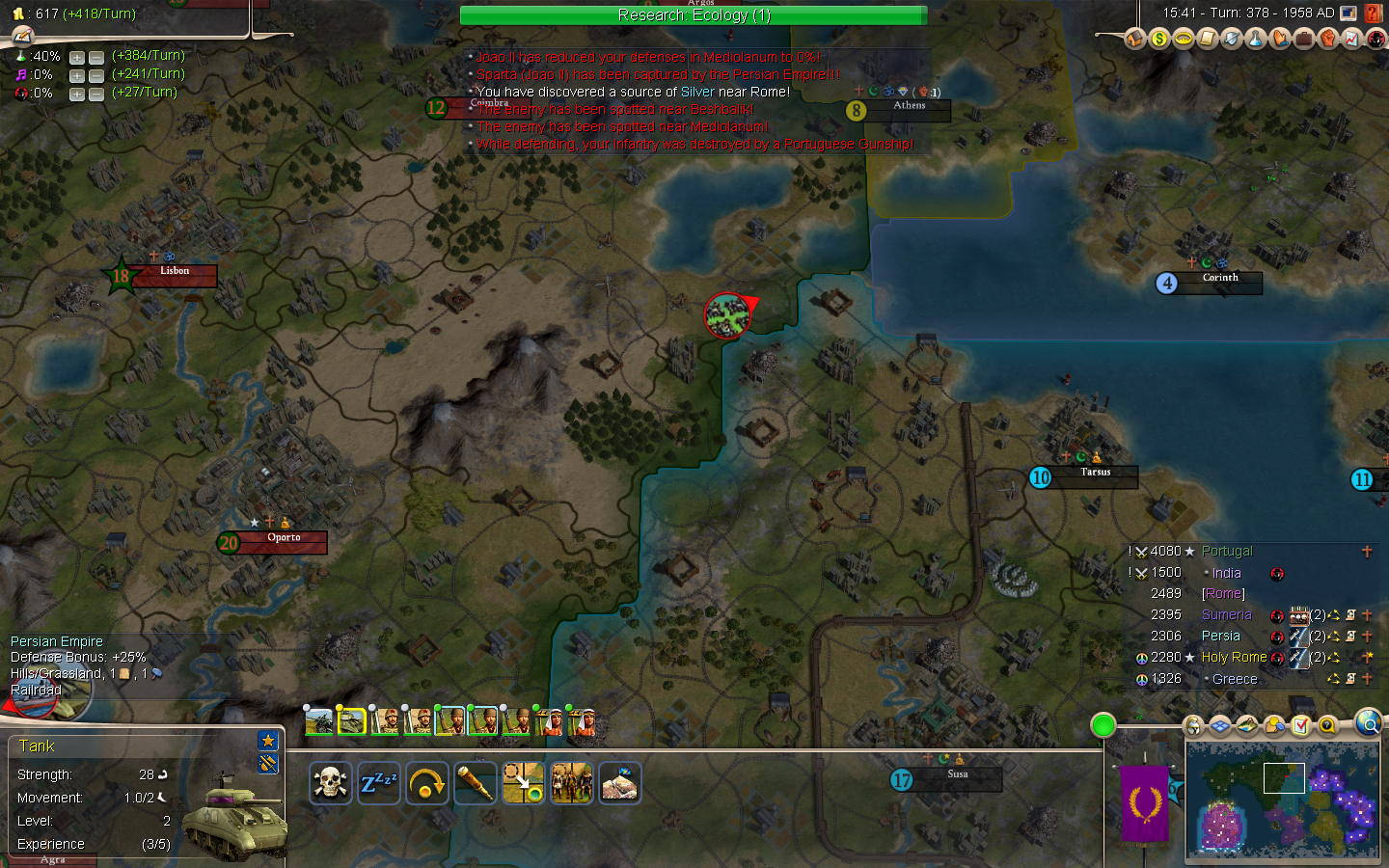 The growing popularity of Roman music in cinema in Persia was a weak consolation. 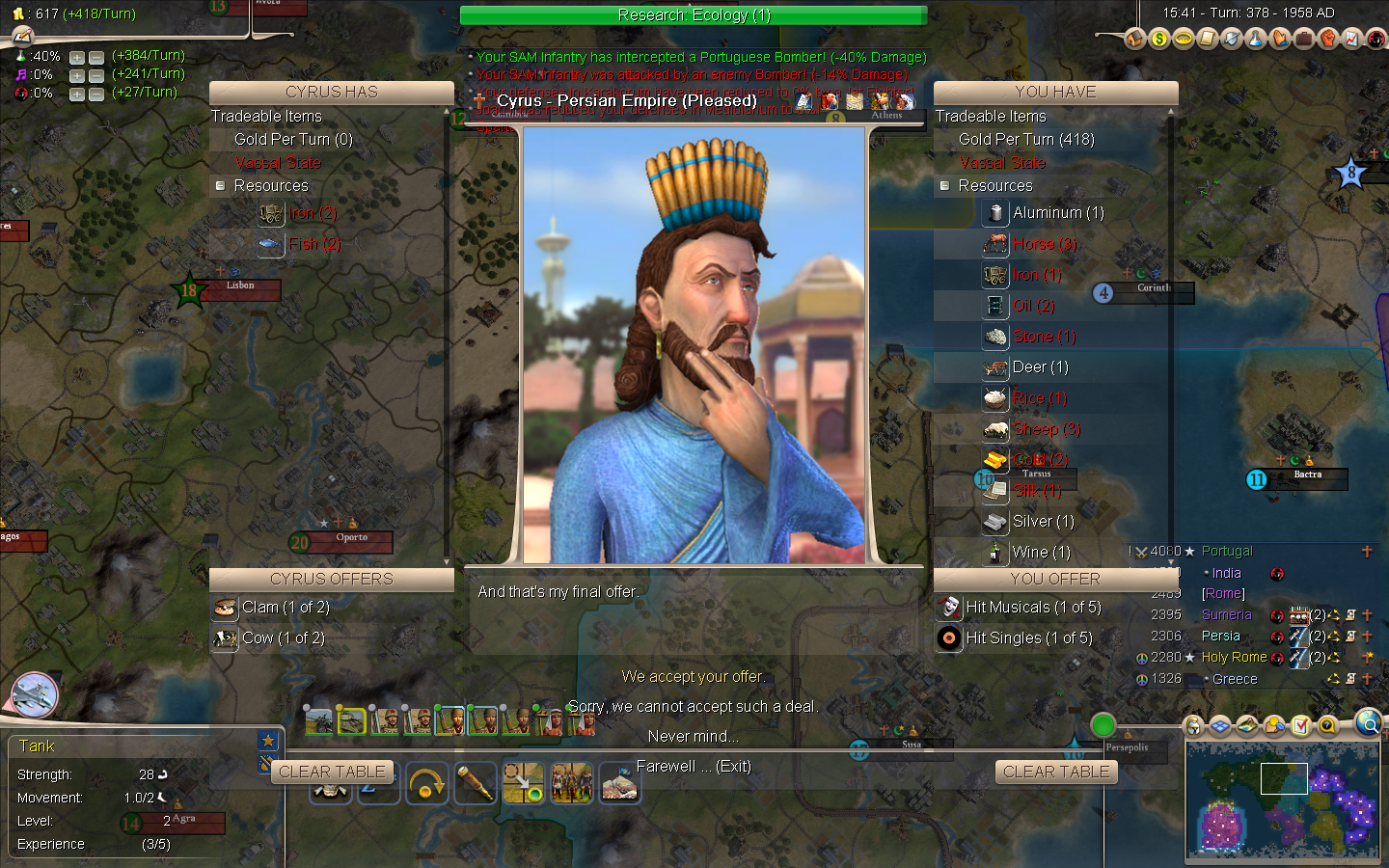 The Virtus of Roman resistance won them some grudging Portuguese respect. But it could not stop the war. 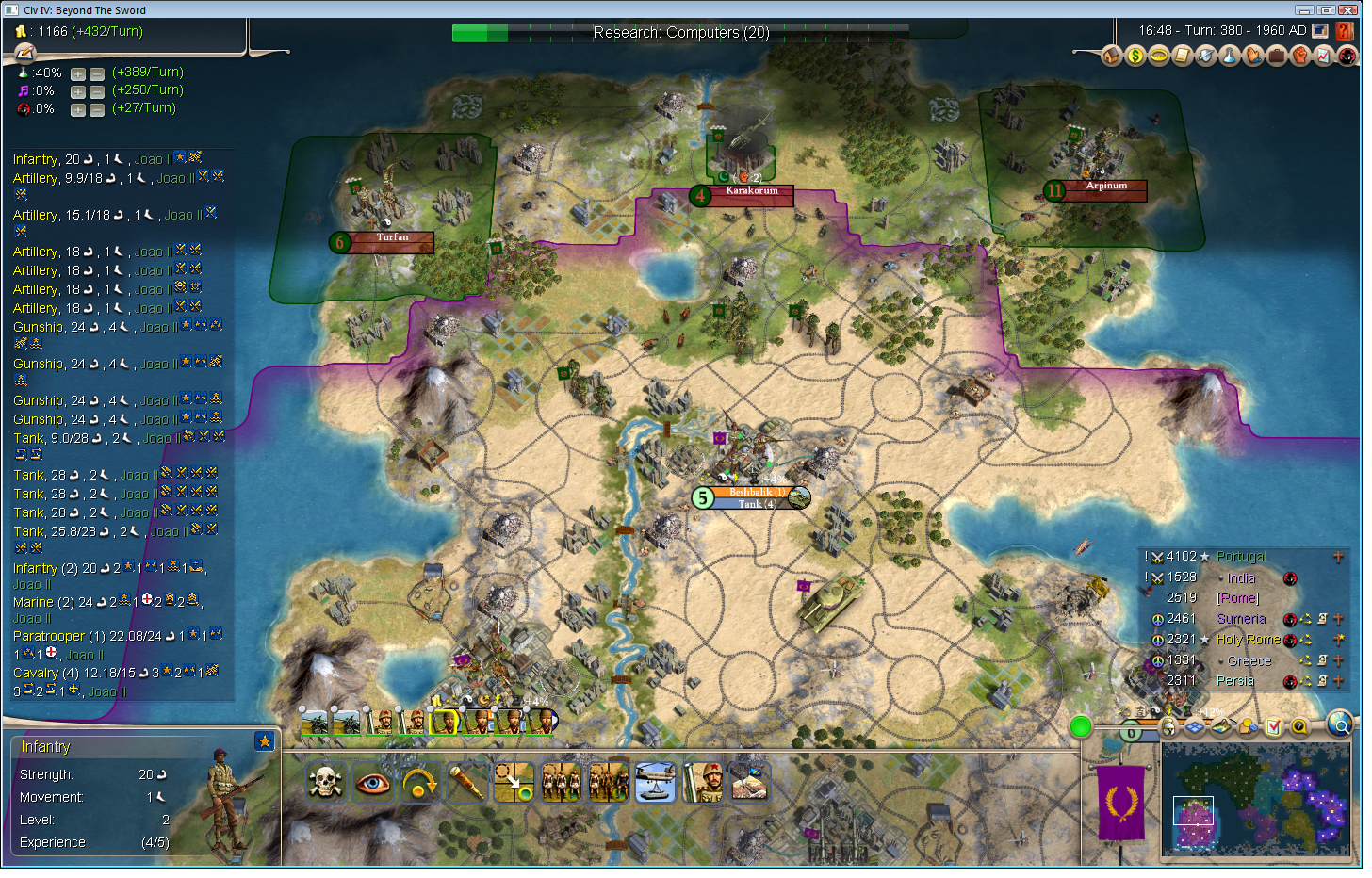 This was the Protuguese army that finally broke Rome's back. 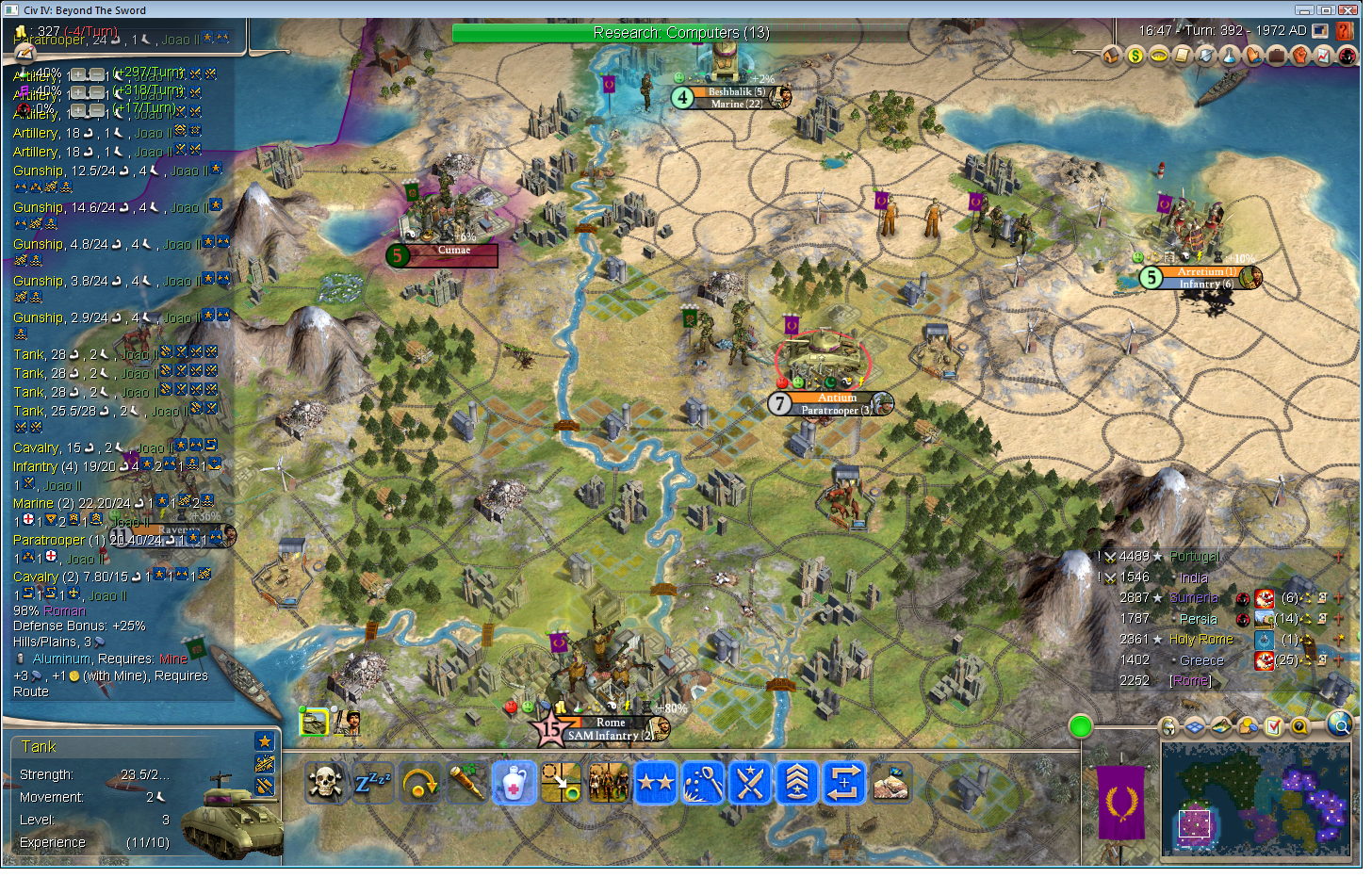 And so, the Roman civilization was conquered by the Lusitanian barbarians. 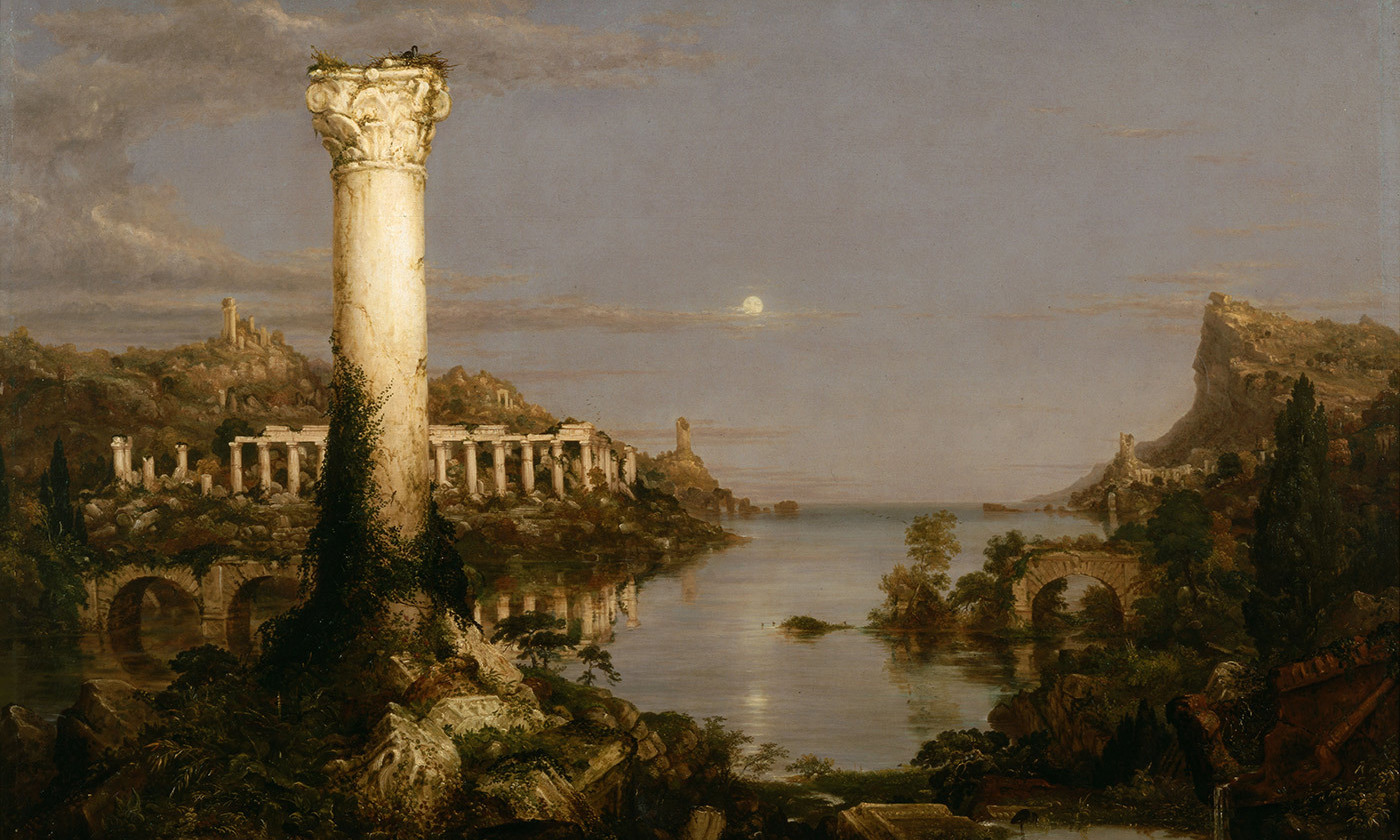