Sorry I’m so late to the party.

New Units. The game really needed these three units. Thank you Firaxis for adding them, and fo making the, free to all. That’s really classy.

Trebuchet and Medieval and Industrial Melee were needed in terms of flavour. Very happy Firaxis went with Men at Arms over Swordsmen. Not a big thing but, again, classy. These units will also improve gameplay around mid-game Seige, buff some unique units and their Civs by allowing upgrading instead or hard building certain units (eg Red Coats and Berserkers), and probably make Strategic Resource and resource free AC and Ranged Units more important.

Civ Balance Changes. These look good overall. I was worried Spain would get GPPs, which would have messed up their design. Instead, the Spain changes are just perfect (...well, maybe the free builder is overkill given they have a UI geared around foreign continents, but ok...). It looks like some changes might make some Civs better but also a bit more bland by pruning away certain quirky abilities, eg Georgia, Khmer, but I think that’s ok in the scheme of things.

I don’t want to say this, but Canada and Mapuche still look awful. No, they’re not underpowered. I just thing their play style remains uninteresting and Canada’s design, in particular, just doesn’t feel very “Canada” - building on Tundra just isn’t particularly “Canadian” to me and Mounties are just too meme. But

Another Season Pass? I felt like Portugal might suggest we’re not getting more content like another Season Pass. Getting Corporations, Zombies and now Trebuchets feels a bit the same. But no Stealth Bombers, no XCOM or other future units, no ideologies, not really much more done with Governors, no a few other random things. And Kevin was very careful to say final update of this season pass. And, you know, there are still some popular Civs left like Austria, Italy and Morocco. I think more content is 50:50. Guess we’ll see what happens.

Final thought. Civ 6 is a great game. Really great. It was pretty solid in 2016. The expansions and season pass and dlc and free content and all the rest, all taken together, have made the game pretty awesome. Yeah, I hope there’s a few more things that come down the pipeline, but FXS deserve a lot of credit for how good the game is as it stands today. The Firaxis team also all seem like really great people, passionate about the game but also just good people, and that's something that adds a lot to the game and the community.

And speaking of community, I really enjoy the chat on this forum. There are some very clever people, and it’s wonderful that they share their thoughts and knowledge on this forum, all expressed in collegial and even (and often friendly) tones. Much of that is also the result of the very good mods, who also deserve credit for their thoughtful moderation on these forums. It’s delightful to find a little space on the internet where clever people can talk freely, remain open to both new players and old fans alike, and all of that discourse is on good terms, constructive, and without drama.

So, yeah. Just want to say thank you to Firaxis for a great game, for continuing to care for and support the game, and for just being good people; thank you to the awesome community on this forum; and thank you to the dedicated mods.
Punch list for Civ 6 [updated April 2021]

Some lighthearted speculation:
And yes, this is the most optimistic spin on the "hints" from the video

Nerevatar said:
Sid Meiers Civilizations: Atlantis is the new spin off (Based on: "More stuff is coming for the civ franchise" + the Atlantis hint). Could also be a general fanatasy spin-off with Atlantis as one of the civs.
Click to expand...

Wasn't Atlantis a space rocket as well, it might be capable of being a space spin off, I tought somewhere that someone said that was a possibility as well. I am also feeling bad for coming with such a theory....

I would rather have 3 or 4 Civs reworked like Khmer, Spain, or Mapuche than 15 Civs with minor changes like China to be honest. Quality over quantity.
Venice Civ concept
Civilization VI: Possible New Civilizations Thread

Wielki Hegemon said:
I would rather have 3 or 4 Civs reworked like Khmer, Spain, or Mapuche than 15 Civs with minor changes like China to be honest.
Click to expand...

Noble Zarkon said:
It's not either/or - Firaxis are delivering both!
Click to expand...

Wielki Hegemon said:
We will see

what dose THAT mean?

personally im quite happy so far about the first civ revisions, khmer looks amazing, playing tall and going heavy faith has always been my thing and now that they look to be the titans of tall play im extremely looking forward to playing them, wondering how they will change egypt too

Tigranes said:
Why would Line Infantry dress in different uniforms? The whole idea of being in line was to be a point in line, same exact uniform, same exact maneuvers, acting and looking the same in contrast to disorganized rabble. Like Shaka would say, Always wise to purge the rabble. Why allow your forces to keep their identity? They should band together to serve one will—yours.
Click to expand...

Don't give me another white bald guy fitting in all civs, please

Duke William of Normandy said:
I am both proud and angry at Kevin for mastering the art of trolling.
Click to expand... 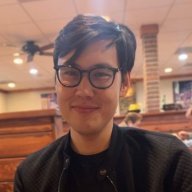 RFC is coming back for Civ 5!

Btw I like how Humankind was supposed to come out April 22 before it got delayed and now we get this massive Civ patch on the same day instead. Guess that'll serve as an acceptable replacement for now lol
S

I'm not for or against the idea; but the flood mechanic is already there, so an Atlantis scenario is certainly very doable.

SammyKhalifa said:
I'm not for or against the idea; but the flood mechanic is already there, so an Atlantis scenario is certainly very doable.
Click to expand...

Wielki Hegemon said:
Flood mechanics do not raze the cities.
Click to expand...

How tough would that be to change, though?

Pietato said:
Georgia change is bad. You cannot realistically use it to generate large amounts of faith unless you start a zillion wars
Click to expand...

Yeah, that's a problem with getting "x on kills", apart from at the very beginning when you kill the first couple of barbarians (that can be a nice boost!), you just don't kill enough units regularly enough to make a massive impact on the game. I like the idea behind the mechanic, but it ends up largely being irrelevant, especially towards the end. Like let's say that you're on Huge Earth TSL and about to start converting the final civ, can you imagine how many units you'd have to slaughter just to get a free missionary after having had to use so many to convert all the other cities? Just as an example, you'd have to kill 3 GDRs to get a free missionary, assuming you've never recruited a missionary before. Good luck with that.
Last edited: Apr 13, 2021

I dont know. If Firaxis would like to make some Atlantis spin off, or civ vi scenario they would probably do it this way or another. So it rahter depends on Firaxis will.
Venice Civ concept
Civilization VI: Possible New Civilizations Thread

I'm still pondering how Spain has its Ancestral Hall, Serfdom slotted in, meaning it gets 10 builder charges (12 with Pyramids) at its disposal instantly when founding a city on a foreign continent... Well, chop out anything you need over there and fill the gaps with missions, or whatever pleases you. Or send them back to your homeland to boost it. Maybe it is a way to represent the massive influx of resources from the New World to the old...

impis said:
I wish they updated the AI’s land war tactics. It’s so simple and easy to beat, and I play on Emperor.
Click to expand...

If they could, they would do it. But they can't do it for the last 20 years.

They add new units, which the AI cannot even use. Ech...
In about 30 years, the AI is said to possess its own awareness, which can be a danger to a human existence.

I think Khmer will be my favo civ now. I love huge cities and now I might choose work ethic instead of the obvious feed the world belief
E

Late to the party, when will April update drop?

Catapult in the February update video
2 3