Monarch again - and its time for Rome!

This game MUST be played in patch version 1.74. We will NOT accept any games played under any other patch versions, and you can't play it in warlords!

Unique unit: Praetorian
The Praetorian replaces the swordsman. Whilst it costs slightly more (67 hammers vs 60), this is more than compensated by the increase in base strength - 8 vs 6. It does lose the swordsman's +10% vs cities bonus though.

The starting screenshot is here (click for a bigger version!) 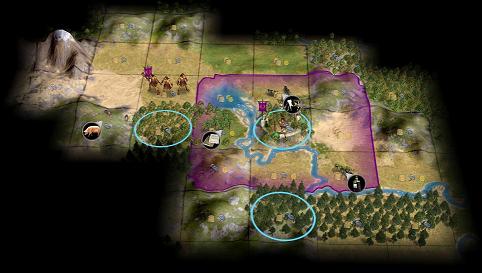 This will be a slog.
Regards.
Markus5.

Looking forward to this game, get praetorians quickly and kick AI ass.
S

As much as I want to compete with the GOTMs, I can't because when I submitted my GOTM 21 save, it still states that I have a 1.61 version of Civ4 although I already updated it as shown on the following image...

Mercy is my Family Name, But my First Name complicated things...

Ya. And rocky, just in case anyone wanted to speed it up with horse archers or chariots.

I've never played an always war game. That would change things quite a bit. WW would become a problem wouldn't it? It would also open up early oppertunities and dangers as well. Does it mean you, the human player are at war with all other civs, but they are not at war with each other? Or are they at war with each other too? the former would be a lot more difficult, would it not?

Hi all... here is a test game to try and hone your skills for this much more interesting challenge than the last WOTM... I just suck at playing Japan...

I'm hoping this game will be much more interesting and fun... although not a fan of "always war"

"Live your life as an Adventure"

Something will have to give, and it may have to be this vanilla GOTM......

As soon as you meet someone, war is declared. You have to eliminate them to end that war. And you're right - the AIs are not at war with each other. They can declare on each other but their "mutual military struggle" against you helps keep them on friendly terms.

This game is going to require a lot of time.
Z

Mad Professor said:
Ya. And rocky, just in case anyone wanted to speed it up with horse archers or chariots.

It means they are always at war with YOU! But they become good buddies with EACH OTHER, due to fighting a common enemy. It is not easy, and Pangea means they all come at you from any direction.
V

The folks who are skilled at super-fast military victories will probably do OK at this one. Unfortunately for me, that's precisely the kind of strategy I'm terrible at.

WOTM11 was also AW. It was Warlord level but it turned out to be a much harder game. The quick game speed and the map itself made warmongering much harder. This is going to be the contrary - epic speed and packed pangaea map.

I am not sure if this will make the game easier or harder.

Test games are mandatory, at least for me.

On the starting area, there is jungle in the fog to the north. Warrior will climb the pighills. But I can't see a reason not to settle 1SW. Agri (or Hunting?) for AH, BW, IW, Wheel are the techs I'll go after.

I suspect worker stealing will be harder on AW, so worker first might make sense.

Gotta watch out for warriors coming for capital. If start worker first then a warrior could come around, meet us, and go straight in for the kill. Founding on the plains hill and working the floodplains makes it even IIRC, so that Rome grows to size 2 the same turn it builds a warrior for some security.

Check out the Mafia/NOTW games today!

There are two facts in life- the chick spins counterclockwise and take box A. Cfcers of the world, Unite!

Have I totally missed a final spoiler thread for GOTM 21? How do I submit my game?
T

SpockFederation said:
Gotta watch out for warriors coming for capital. If start worker first then a warrior could come around, meet us, and go straight in for the kill. Founding on the plains hill and working the floodplains makes it even IIRC, so that Rome grows to size 2 the same turn it builds a warrior for some security.

I agree with the watching out for warriors coming to claim our capitol, so i will build warrior, worker, warrior, worker, settler, warrior, settler. The goal is to get three good cities (with barracks perhaps) with iron and build Praets early. We will need to get some military tech advantage early and maintain that throughout the game due to always war if we are to have a chance against the 8 AI. I will tech AH, BW, IW, Wheel as someone else suggested. Alphabet will be useless since no one will trade with us and we can't gift it to AI for peace, so i will most likely go for Praets, then head to construction ASAP. a CS slingshot would be nice, but is not likely with the AI not trading with us. Stonehenge would be nice for cultural defense, and saving hammers for Praets instead of obelisks.

I am inclined to settle 1SW, but am obviously not sure if iron will show up on that hill or not. the extra production, plus saving the forest on the starting hill, while still getting the defensive bonus are quite appealing. But, we might be giving up iron in the fat cross by moving. those two hills to our NE are both forest free which is a prereq for iron to show up. We would at least get them in the second border expansion. This smells of a very difficult game. i would love to have the time to play it and a test game, but I don't see RL letting that happen ... (I am getting married in less than two weeks

) Good luck all, as it is i may not be around much for a few weeks
T

Have I totally missed a final spoiler thread for GOTM 21? How do I submit my game?
Click to expand...

You submit your game on the game of the month homepage, on the right side there is a Submit GOTM link. you need your final save and the replay file.

Oh well, not much incentive to resume playing non-BTS games here! WOTM11 was the last one I played, and the always-war setting is what burned me out. Looks like my WOTM withdrawal will go into its third month

Monarch = AI start with roaming archer... Well, Stalin challenger WOTM on Noble was a toughie, so this one is gonna be killa. I hardly see any peaceful victory, unless it's just an unfinished aggro one.
The commander must be like the eagle and see the whole, and yet still be like the hawk and see every detail. And if he acts like a common tit, he can hang upside down all day and eat fat bacon.
Terry Pratchett, Monstrous Regiment
You must log in or register to reply here.