Sign up NOW for the next SGOTM, featuring Deckhand's first SGOTM with a hand crafted map and scenario from guest map maker, BSPollux.

You will play as Mehmed the Defender of Faiths. 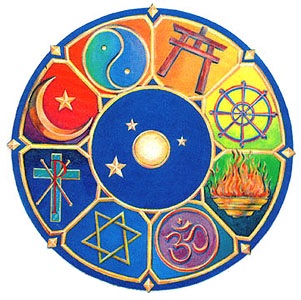 You are Mehmed II and you are in charge of what's left of the Ottoman Empire.

Just a few years ago your glorious capital was flourishing under your King's rulership and you and your men were proud to protect its borders against all foes. Your people engaged in trade and cultural exchange with various foreign tribes and the future seemed bright.

But it all changed when all the different preachers arrived. When the foreigners brought their beliefs to your city, the King tried to prevent them from spreading and caused great unrest. And now, you find yourself at the height of a devastating civil war. Your King is dead and the capital is burning.

You took your loyal guard with you as well as a small group of your subjects. They have followed you to the northern border of your nation to rebuild your empire.

Your starting situation
Click for a full size image 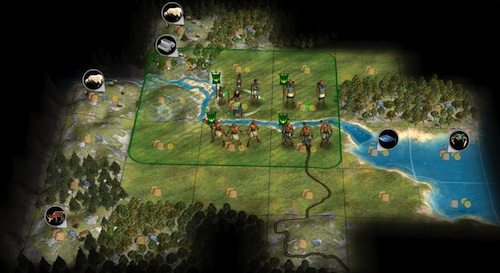 Your guard is well trained: The warrior and the archer both have the city garrison promotion and your scout is an experienced medic.
The people that will settle your new city know about The Wheel, Fishing and Agriculture, but they lack any higher education.
Your former capitol lays to the south. The last time you saw it it was burning and the people were fighting in the streets. It might be dangerous to go back anytime soon.

Your goals
You have sworn to rebuild your empire and to ensure such madness will never be repeated, by encouraging and not suppressing faith. To do so...

Take control of the Religions! - Only you (or your vassals) may own a Holy City.
Bring them together! - Each of your cities has at least two religions. There are at least seventy temples in your cities.
Promote Equality! - You must adopt and stay in Free Religion upon learning Liberalism.
End the madness! - You will be told how to do that after you capture three Holy Cities or when you have met every other civilization.
Prove that you are a worthy ruler! - You win the game in any way but conquest.

The Pre-game Discussion Thread for this game is now open for business.

Please sign up in this thread by June 29 at the latest. To help us to assign players to teams, please indicate your preferred team, whether you have played previous SGOTMs or SGs, and the highest level of Civ4 difficulty you can typically win at.

The team starting saves will be available here on July 7.

The completion deadline will be October 31. Plan your game, and please avoid a last minute struggle to meet the deadline.
Please be warned, except in the event of cosmic catastrophes. THERE WILL BE NO DEADLINE EXTENSIONS.

Please sign up for this game as soon as possible by posting your own details in this thread. I shall update the draft team lists below during the sign-up period.

Please use the separate Pregame Discussion Thread for any non-sign-up questions or comments about this game. Deckhand will give definitive answers to detailed technical issues you raise.

Current Sign-up Lists
The table below will display your stated team preferences as I add you to the database. The number of players in each team is shown in brackets, as are non-playing advisers.

Unusual Suspects.
"You mean you'll put down your rock and I'll put down my sword and we'll try to kill each other like civilized people, is that it?”
― William Goldman, The Princess Bride
M

FE of course.
In the hope that the previous game team can reform. And to have some good new member.
Memento Audere Semper (Gabriele d'Annunzio) - Audaces Fortuna Iuvat (Virgilio)
Team Fifth Element since SGotM02

As opposed to a poor previous member. FE please.
Do not despise the pig for having no wings, for who is to say it will not become a dragon

Previous SGOTMs: Several
Usually win at: Emperor
Team: Misft Gypsy Nuts, please. We will try to not miss any conditions this time.

PR again please.
My love for you civ 4 burns like a dying phoenix

OMG next SGOTM so early?? FE please
CLICK ME and all your problems with civ4 "Help me to beat Monarch" will be solved
civ4 imm/deity fav mod: Master of mana civ5 meh, sometimes; civ6 deity in love with Poundmaker
S

Nuts please.
Thrills and excitement come from the journey, not the destination!

Prior SGOTMs: Once upon a time ...
Win at: Emperor if I am not being stupid
Team: Misfit Gypsy Nuts

(Hopefully my return won't cause anyone to jump ship)

I'm in. If Also Sprach Sid is in the game I will try to play with them again.
"It's good to know that powerful spirits inhabiting enormous stone constructions are still vulnerable to hypothermia" /brxbrx
M

TSR, if you please.

I'm still a n00b when it comes to putting the S in front of GOTM. I think I probably have as much or more time available as most of you, but what is the actual time commitment? Including reading and posting, as there seems to be more of that than there is gameplay.

For reference:
I win pretty consistently at Monach, maybe 50% at Emperor.
I have no concept of the various teams, so you could assign me whereever
You must log in or register to reply here.