Not sure if CivFanatics heard about the famous actor Robert De Niro's latest awesome feat? He basically went to an old hotel bar in Manhattan with a bunch of Guinness World Record adjudicating judges to achieve something amazing:


I knew the guy could really stick at something and end up pulling it off well, but a world record of almost 9 hours in length?!

True genius. So this thread isn't locked because of uncertainty over 'what to discuss' has anyone got a favourite film, funny scene, character, or otherwise humorous memory of De Niro on screen they'd want to share and converse about?

Also, do you know anyone who ever attempted a world record? Would you ever give it a try yourself? Even try to beat De Niro's time by building up muscalature in the hands and forearms in order to endure non-stop action of this kind for say 10 hours? 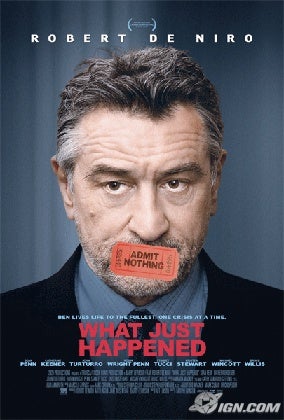 Ways to be banned from RL:

Favorite film with De Niro? Hands down 'Once Upon a Time in America'. If you haven't watched it... what's wrong with you?

As for the record... I would give up in about 2 hours.
The wages of sin are death, but so is the salary of virtue. At least the bad guys get to go home early on Fridays.
-Terry Pratchett, Carpe Jugulum

I fail to see how a cartoon fat man with an obnoxious voice saying 'Pow! Right in the kisser!' over and over again is funny.

Apparently De Niro did suffer some flatulance after setting this world record, but it's understandable given the manner in which he wished to top off the endurance-heavy feat.

I'm a fan of 'Taxi Driver'. Also enjoy the portrayal of the aspirant Vito in Godfather II is worthy of the acclaim. I think with Taxi Driver De Niro managed to pull off portraying a very mundane character within the New York metropolis with effort - Travis seemed, despite the events in the movie, very 'believable'. Taxi Driver is a very 'adult' picture, but it's vintage Scorsese.

There is an absolutely hilarious scene of Stardust with Robert Di Niro in it.

http://www.youtube.com/watch?v=pPZWqhr-Nj8
You must log in or register to reply here.

G
The most talented actors you know
2

Yet Another Falklands Flare Up
7 8 9