​
Caution if you havent seen the movie yet this may contain spoilers!

(though most spoilers have been replaced by links)​
This thread is one of 5 other similar threads, the purpose of which is to see what the public thinks of such a mod and to collect as much input as possible. the other threads simply redirect them to this thread. the links are below:

For the time being i have only detailed the 2 main civs i had in mind, the Resource Development Administration (RDA), and the Omaticaya Na'vi Clan. I would like to also include the other 2 Na'Vi clans mentioned in the movie (Western Plains and Eastern Ocean clans if i recall correctly.) It could also be possible to include the Biologists of the RDA as a separate 'civilization', lead by Grace Augustine as they play a prominent part in the movie and are a sort of 'in between' of the Na'Vi and RDA.

That design would give me 5 civs which i think is more than enough for a project of this scale: 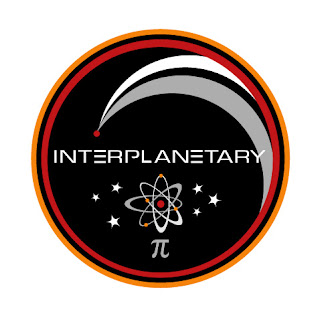 Thanator - Palulukan: Huge six legged creatures which ressemble giant panthers, but are twice as ferocious. It is the greatest predator on land, and is feared by most of the land dwellers. Replace panthers in Civ4.


Hammerhead Titanotere - Angtsìk: Giant armored species of reptile-like animals on Pandora. They are herbivorous, and not so aggressive, but they have great territorial instinct. Replace elephants in FFH2.

Banshee - Ikran:The flying beasts the Na'vi use to ride. They are ferocious creatures and an important part of the Na'vi, as they are one of the test to become a true hunter. Probably should be a resource (like horses in Civ4) and that resource while without improvement should spawn wild ikranes which act like griffins in FFH2.

Leonopteryx - Toruk: The greatest predator of the sky. Toruk is attacked by no one, and is an important part of the Na'vi legends. Probably "uberspawn" like drakes in RiFE.

Founding Forefathers will be adapted to the 2 kinds of civlizations (Na'Vi and Human) and each group of civs will draw from a different pool of FF.

Na'Vi will use Influential Eldars, whereas Humans will use Corporate Leaders

Effects of the various IE and CL will differ and potential effects still need to be outlined.

Liberty bells will be adapted differently for each group of civs again, like the FF.

Na'Vi will use Ceremonial Drums, and Humans will use Influence. each of these will act essentially the same as Liberty bells (in that they affect cultural borders), except that Revolutions will never occur when you have high enough Drums or Influence.

Once again both the Na'Vi and Humans will have different 'Europe' Screens.

All Humans will have Earth as their 'Europe' with Earth Ambassadors acting as the various 'Kings of *blank*' in Colonization. They will send Valkyrie Shuttles to the edge of the map where they board the ISV Venture Star which will transit between Earth and Pandora with new units, much like the present Europe screen in Colonization. Differences will be in Units acquired, which will include new AMP suits, Samson gunships and Avatar Units, as well as the basic economic specialists.

Na'Vi will have the Wilderness as their 'Europe'. Each Na'Vi clan will have a Wilderness Scout Leader which acts as the 'Kings of *blank*' in Colonization. instead of sending shuttles or ships to the edge of the map, Na'Vi will select special 'Wilderness Scout Groups' on land, outside of their cultural borders, which will travel through the wilderness in search of other lone Na'Vi willing to join your clan, as well as native animals such as Ikran, Hammerhead Titanotheres and Palulukan, as well as the basic economic specialists.

I am considering adding various animal civilizations to the game which will act like the current 'Natives' in Colonization, in that Na'Vi Civilizations can position a Wilderness Scout in a 'city' (will replace with animal dens) to gain support like the missionaries. Units generated from these Animal Civilizations will be chosen from the Native Wildlife in the post above. these Animal 'civilizations' will be led by various Eywa Spirits. Building near Animal 'Dens' will not trigger the Animal civ to request gold from them as natives do in current Colonization, but the Animal civ will also never give dens to the Na'Vi if Drums are high enough.

Compared to the Na'Vi Humans cannot commune with the Animal civilizations, these animal civilizations will act as barbarians in base Civ 4 (in that they are always hostile to non-Na'Vi civs.) If an Animal civilization is killed, events will begin occurring which will spawn new animal civilizations around the world to replace the lost ones.
These Human Civs can instead use special 'Avatar' missionary units to enter friendly Na'Vi civilization and gain support from them in the same way that they do in present Colonization. Building cities near Animal Dens may lead to Animal Uprising events where a few aggressive animal units spawn near the offending city.

ill take this one too...

Thank you. For sure I will.

My Buildings For Civilization

i added another civ (Interplanetery Commerce Administration (ICA)) but havent finished the flag, and havent thought about units or leaders.

The Interplanetery Commerce Administration (ICA)is a group that monitors interplanetery commerce, as the name suggests.

The ICA is responsible for giving the RDA monopoly rights to all products shipped, derived, or developed from Pandora and any other off-Earth location given that they abide by a treaty that prohibits weapons of mass destruction and limits military power in space.

the idea is that the IPA has come to Pandora to check that the RDA is behaving and not destroying everything like they promised.

i also added some more resources to the list.

Thanator - Palulukan: Huge six legged creatures which ressemble giant panthers, but are twice as ferocious. It is the greatest predator on land, and is feared by most of the land dwellers. Replace panthers in Civ4.


Hammerhead Titanotere - Angtsìk: Giant armored species of reptile-like animals on Pandora. They are herbivorous, and not so aggressive, but they have great territorial instinct. Replace elephants in FFH2.

Banshee - Ikrane:The flying beasts the Na'vi use to ride. They are ferocious creatures and an important part of the Na'vi, as they are one of the test to become a true hunter. Probably should be a resource (like horses in Civ4) and that resource while without improvement should spawn wild ikranes which act like griffins in FFH2.

Leonopteryx - Toruk: The greatest predator of the sky. Toruk is attacked by no one, and is an important part of the Na'vi legends. Probably "uberspawn" like drakes in RiFE.

My Buildings For Civilization

So will this mod use static leaderheads or animated leaderheads?
For a' that, an' a' that,
It's coming yet for a' that,
That Man to Man, the world o'er,
Shall brothers be for a' that!

static. i'm going to use screen shots from the movie and game. i dont think animated leaderheads will be able to capture the Na'Vi unless someone goes through the effort of making them from scratch.

I don't think it's very nice to spam links to your mod in everywhere else where it's only barely related. And I thought you were working on a warhammer mod. is that finished ?

well it was related to dunewars as i was basing it off that code, initially but then Maniac suggested planetfall may be better (and thus a thread there is relevent). then David Allen suggested i make this thread in the main C&C forum and post a link in FFH to see if there is much public interest. then i put a link in warhammer forum because im associated with it.

so i don't think its 'not nice'. if you arent interested dont click it. those threads are getting burried quickly anyway as no one posts in them.

to answer your question, im not starting coding work on this for some time yet, it is just design ideas which take a long time. Warhammer is still, and will be till it is finished, my first priority.

I have another question (also related to aesthetics): will this mod use custom diplomacy music or the vanilla BtS ones?
For a' that, an' a' that,
It's coming yet for a' that,
That Man to Man, the world o'er,
Shall brothers be for a' that!

ill probably use the music from the movie.

Avatar was truly an awesome movie. Not quite sure there's really enough stuff there for a mod, but I wish you the best of luck. You are gonna have to take a lot of creative liberties and invent a bunch of stuff. Maybe when part 2 comes out in 2012 there will be a lot more to work with.

Maybe you could concentrate on just a scenerio taking you through the events of the movie from the corporation POV and the Na'vi POV.

Maybe just concentrate on the Na'vi BEFORE the Humans came along. Might be very interesting.

Can't wait to see what you come up with.

You should consider giving the humans some form of sympathetic motivation in the mod, instead of making them just evil greedy bastards. The movie is kind of cliched in that respect, and suffers from arch-typical white guilt. It's too bad too, if they would have just given the humans some sort of reason to be mining the planet rather then just for the moneys (say for instance a subtext where humanity is at war with an alien Skynet they encountered while exploring space, and need the resources on Pandora for the war effort which is being fought simply to avoid extinction) the movie would have been alot more interesting. All and all I get kinda bored of the ol' cliched evil, and find a story far more engaging when the villains have depth, rather then be the transparent bad guy archetypes of the villains in the film. If you do make a mod based on Pandora, I think it would make things far more interesting if you add a subtext which gives the human faction some sort of sympathetic motivation.
Do not PM me with questions about modding. I will not answer. If you want help with something, start a thread on it, or post in a related existing thread.
You must log in or register to reply here.