Giant Earth Map is now released on mod.io, get it there with installation instructions

Spoiler Initial post :
This is the development thread for a potential version for Humankind, here is how the imported shape look like (almost no edit yet, just to give a sense of proportions for those not knowing that map)

Before working further on it (yes, I already know that Alaska is cropped here), I'm currently testing the game engine at the max size loading without immediate graphical glitch (203x106) on a world-generator map with 10 players and (hopefully) plenty of ressources, if it works up to the last era, I'll start thinking about how to implement the Giant Earth Map (I'll keep it at 180x94 as we have a database full of city names and starting positions for it)
Last edited: Mar 23, 2022
Want to play a different Civilization Humankind™ game ?
Interested by Revolutions, Supply Lines, Logical Culture progression, Resources stockpile and much more ?
Follow the development of Uchronia: Another Humankind History​

Gedemon got me all giddy with glee...you som'fin else, fella. Kudos.
"Things are getting better! Well, not as good as yesterday, but much better than tomorrow!"
- Soviet era humor
M

Heads up, there is a problem with the current version of the Humankind Map Editor. If you add landmarks it can cause the map to become unloadable, some issues reported on G2G. I've lost quite a bit of progress on a huge earth map (realistic mercator projection).

Thanks, noted. I won't use those before everything else done.

Looks like you're already making great progress, but let me know if I can be of any assistance, Gedemon!

I've decided to rush a version with the minimal requirement to test in game, meaning with large regions and a few start position (without elevation, features, POI, resources, ...) because I didn't want to discover after hours of work that it doesn't load in game because of the size.

And the new beta version that improve a lot regions validation (showing where are the errors) helped that decision, else that would have been the most time consuming part of the conversion I think !

Even with large regions I'm relatively close to the limit, so I'll keep them large in most areas, except around the spawning points. Which should be the Ancient cultures TSL.

Once I have completed the map, I think I'll start a new project to succeed my attempt at overhauling Civ6. May take some time before I start as I need to refresh my memory from my tests at modding Old World using C# (my experience with the civ4-5 DLL was with C++, maybe a trivial difference for a real programmer, but I'm just a modder liking to code), hoping by then we'll have a community framework to use DLL mods together.

Then the first thing I plan to try is the concept of changing Culture depending on the territory you control, maybe also forcing a change of the Capital position to the new culture TSL and adding stability penalty to cities depending on their distance from Capital...
Want to play a different Civilization Humankind™ game ?
Interested by Revolutions, Supply Lines, Logical Culture progression, Resources stockpile and much more ?
Follow the development of Uchronia: Another Humankind History​

Glad to see you getting started on this already! 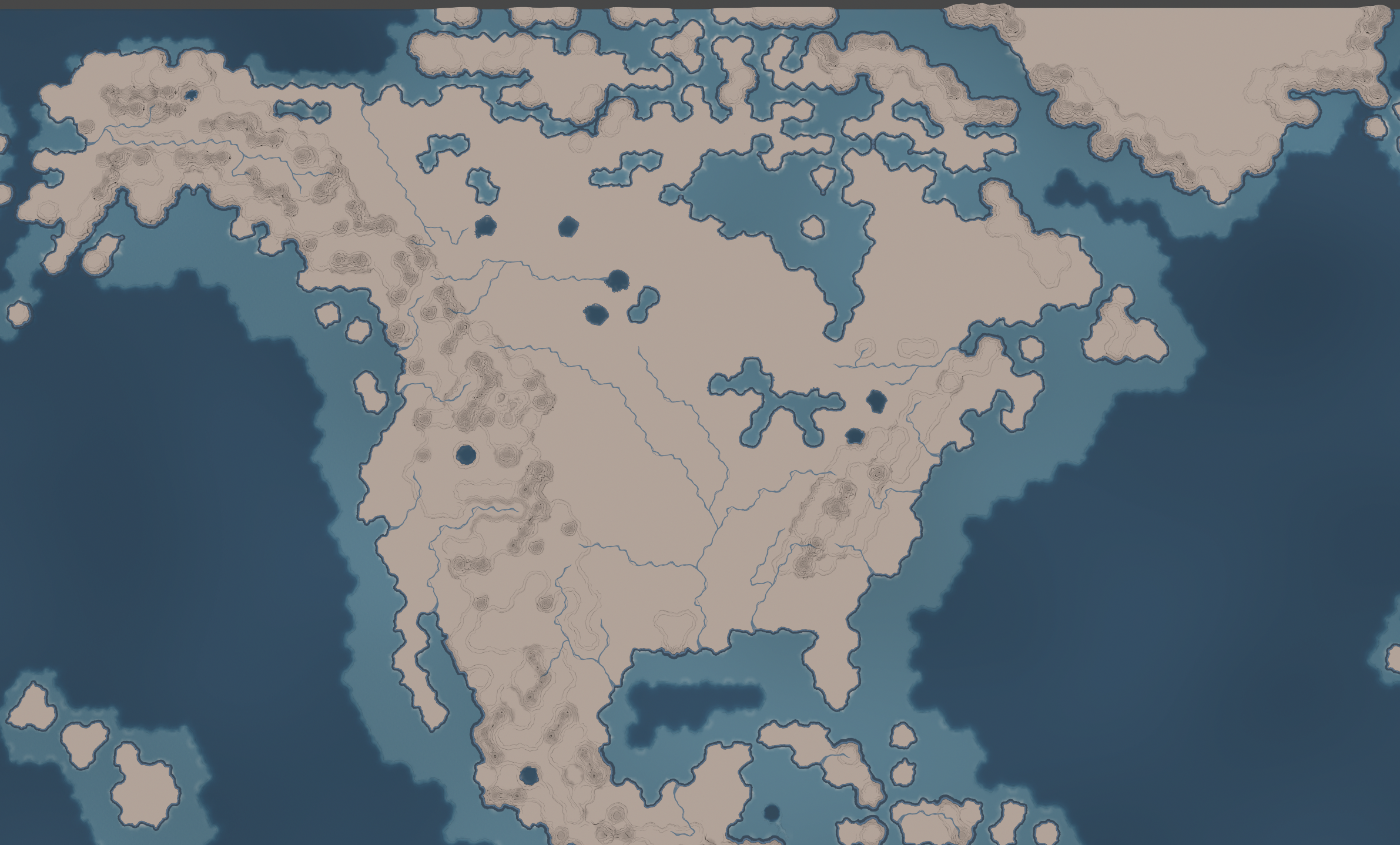 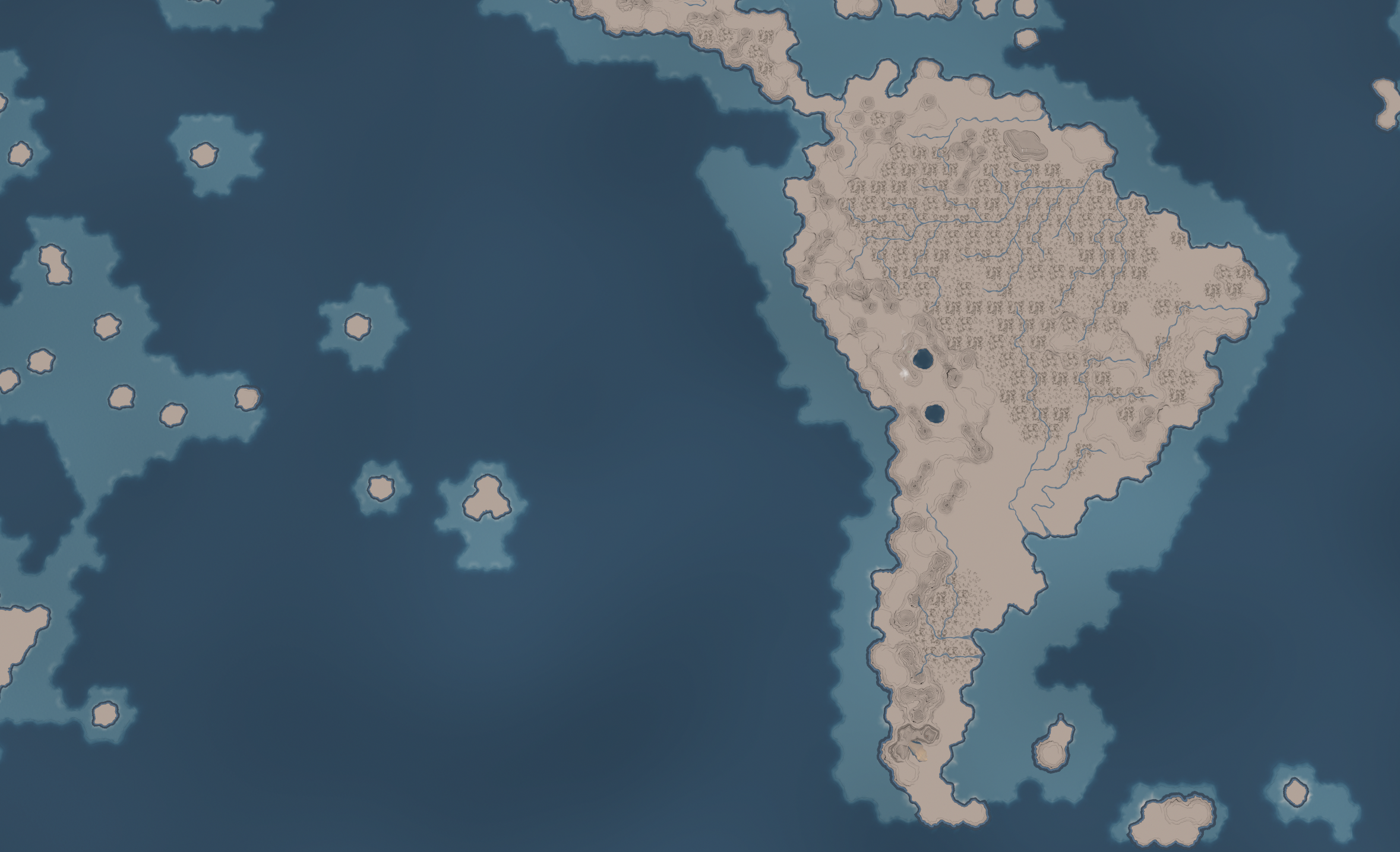 Made a small adjustment as there was just enough space... 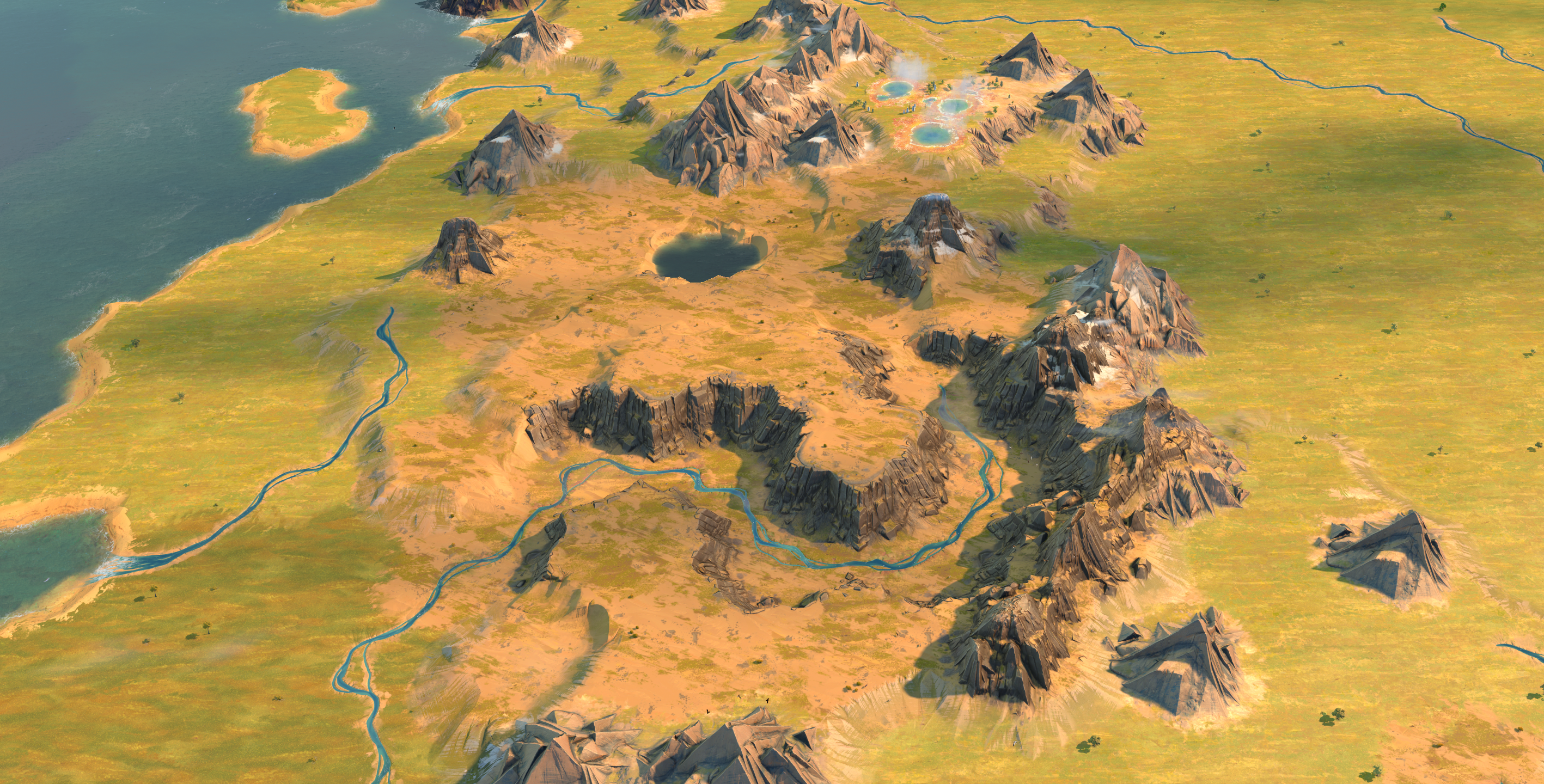 Some observations: The lack of the Sierra Nevada is rather striking, I must say. I'd also argue the Sacramento river should probably run one tile closer to the coast (giving more room between it and the Colorado for the S.N.). And possibly the grand canyon one tile further south but that's more debatable.

The Ottawa might look better connecting with the St Lawrence further south and west so it forms less of a straight westward line, and the Mississippi should run much closer to L. superior than Winnipeg. That weird bay at the SW end of James Bay could probably be made land, too - it makes James bay runs much too far south, and too close to the Ottawa river.
"My friends, love is better than anger. Hope is better than fear. Optimism is better than despair.
So let us be loving, hopeful and optimistic. And we’ll change the world." - Jack Layton's last letter.
Formerly known as Oda Nobunaga​

thanks for the constructive feedback 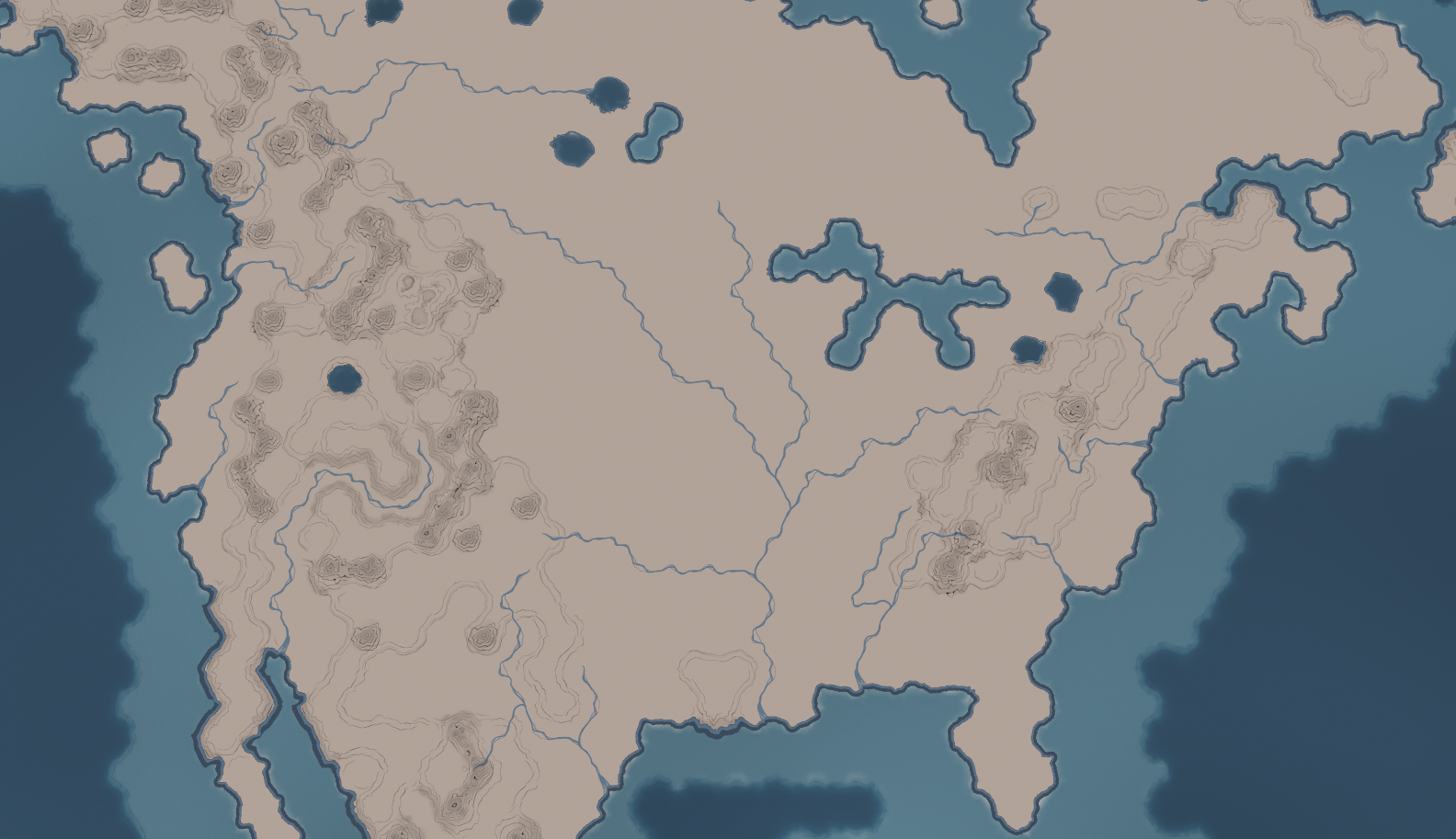 Excited to see what the regions/territories wind up looking like!

finding a balance between historical regions, biomes and the number of regions limit (I think I've read somewhere at ~220 regions) will be a challenge. I'll recruit beta alpha testers when we're at that point.
Want to play a different Civilization Humankind™ game ?
Interested by Revolutions, Supply Lines, Logical Culture progression, Resources stockpile and much more ?
Follow the development of Uchronia: Another Humankind History​

Here's to the hope of future patches moving the region index to something that can handle more regions!
"My friends, love is better than anger. Hope is better than fear. Optimism is better than despair.
So let us be loving, hopeful and optimistic. And we’ll change the world." - Jack Layton's last letter.
Formerly known as Oda Nobunaga​

Evie said:
Here's to the hope of future patches moving the region index to something that can handle more regions!
Click to expand...

Yes, Size of Regions regardless of Map Size proved to be a major source of changes in game play during the VIP testing - for a short while we had enormous Regions stretching almost from one side of a continent to the other and put a serious crimp in how anybody played the game - it became a race to nail down the individual regions simply because they cut off early access to large portions of the continent!

Having more flexibility in total number sof regions would be the quickest way to avoid that problem recurring.
"We have met the enemy, and He is Us" - P. Possum

"For soldiers have been known to think
Nay, Colonels even to reason
And troops who think are (nine cases out of ten)
On the brink of Treason
- Sir Thomas More

I've checked, I've got around 60 index left, should be enough. The only territory stretching on long distance are the 2 mandatory at the poles and a few landless ocean territory to allow ships/embarked units to move through some areas of the map (like the Mediterranean Sea, the Mexican Gulf or the South-East Asia Islands)

I'm also pondering removing all the Mediterranean islands, not sure how to group them together with the lower size limit.
Want to play a different Civilization Humankind™ game ?
Interested by Revolutions, Supply Lines, Logical Culture progression, Resources stockpile and much more ?
Follow the development of Uchronia: Another Humankind History​ 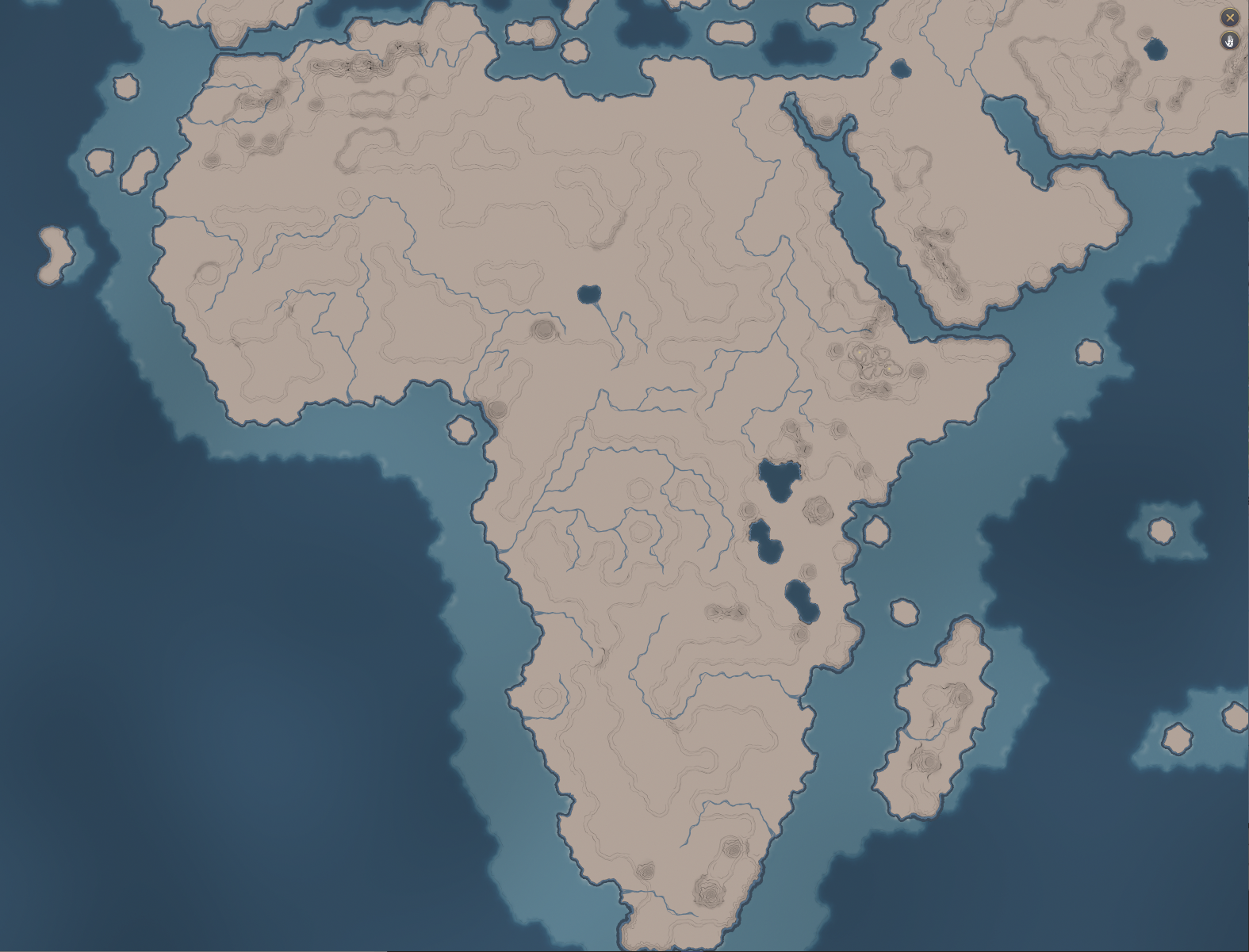 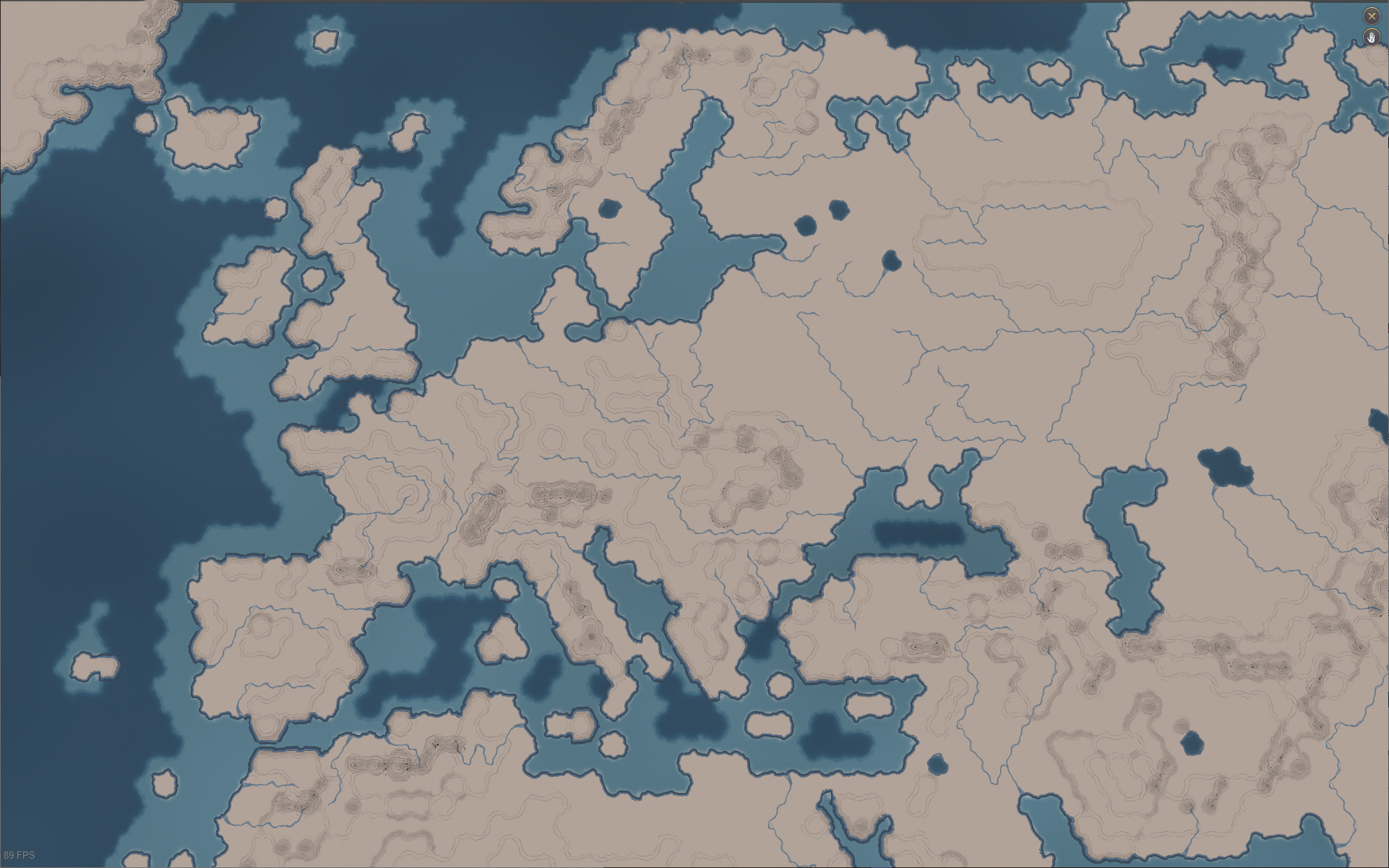 Want to play a different Civilization Humankind™ game ?
Interested by Revolutions, Supply Lines, Logical Culture progression, Resources stockpile and much more ?
Follow the development of Uchronia: Another Humankind History​
You must log in or register to reply here.

Jan 15, 2023
Braze
B
B
YnAMP Giant Earth but restricted to Old world with world wrap