Why can you buy a Great Prophet in a city that hasn't adopted any religion yet? The purchased Prophet was the herald of our religion.
At the same time, I cannot buy a Great General in this city. After the adoption of the religion by the city, it became possible to purchase a General. 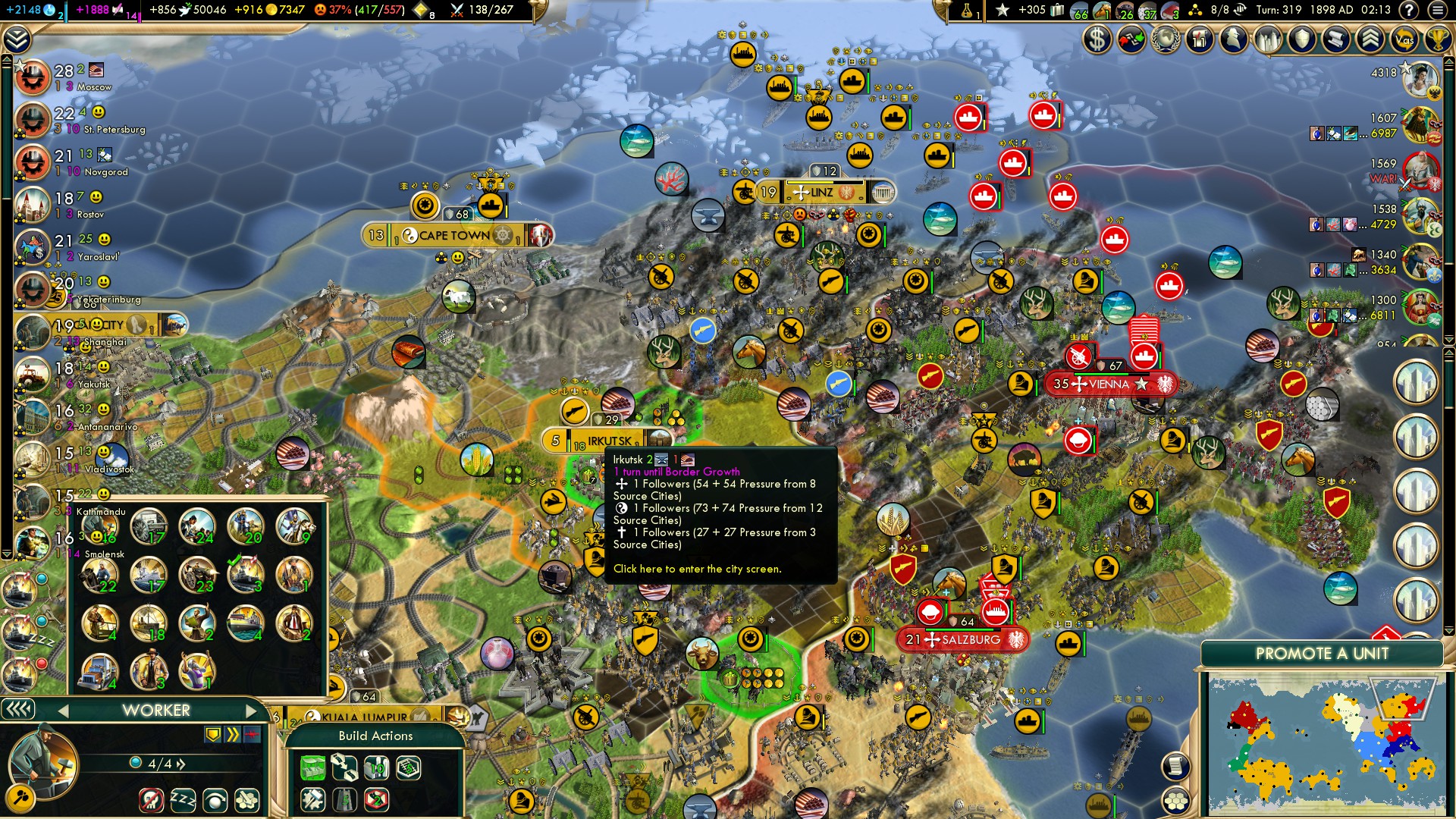 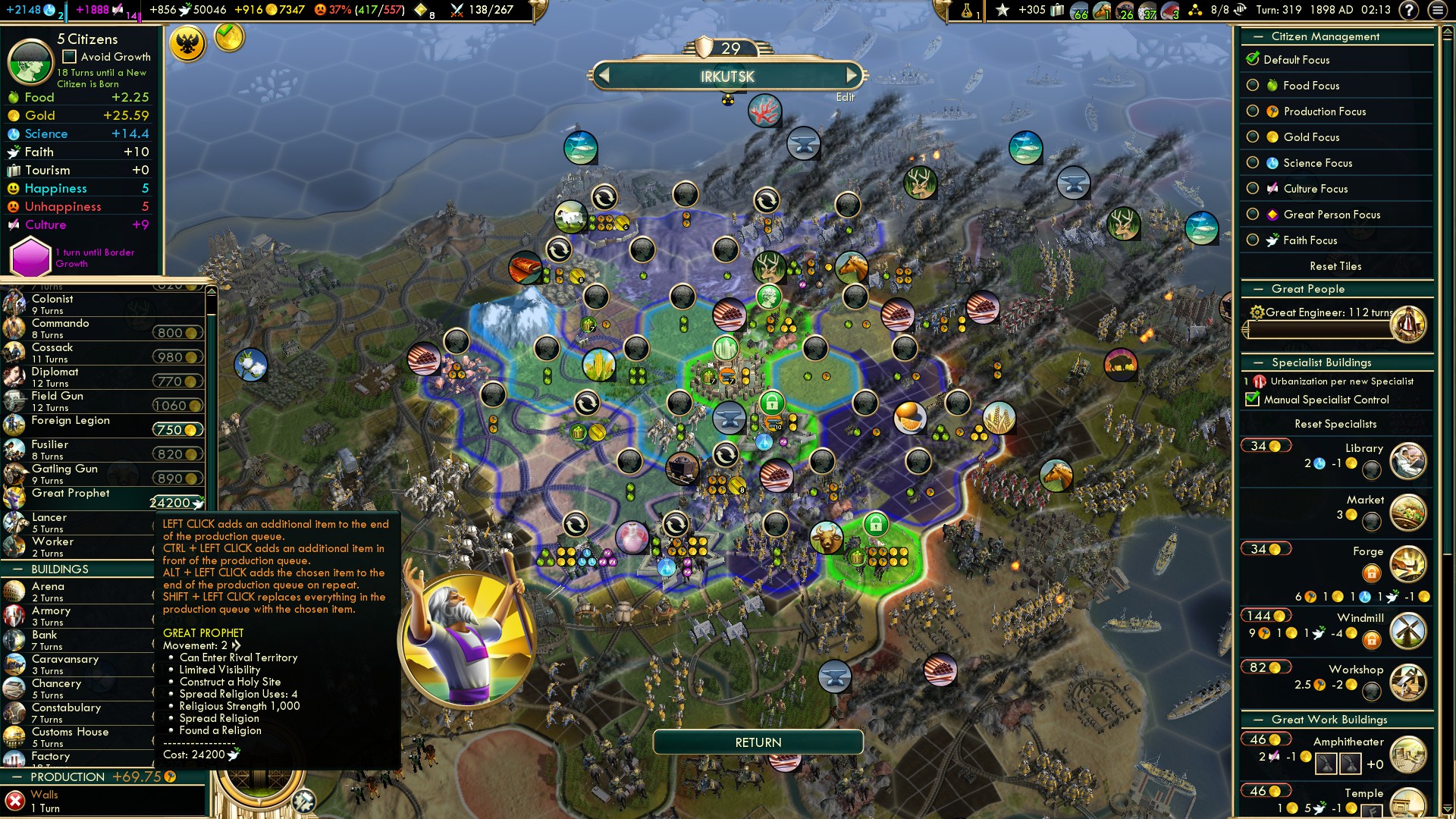 Oooh, very funny, but in the game you can unleash a world war, where everyone is at war with everyone and no one has allies. Complete chaos.

I'm not sure about Tradition and Progress, but the Authority is able to withstand a huge blow to the economy when we lose gold from trade, vassals and spend huge funds on a huge army and navy. You need a huge empire with many cities (30-40) so that the income from the growth of borders fills the treasury. Currently, instead of +600 income, we lose -300 Gold/Turn (1500 gold for units, 1800 for buildings, I don’t remember roads, but 400-500), but the income is enough to upgrade units and purchase new ones if necessary.
A

alchx said:
In Austria, caravans cannot be plundered thanks to the Wonder (I don’t remember the name). But these caravans are damaged if they end their turn next to an enemy Citadel. It seems to me that it is worth fixing and making them invulnerable to all influences (or give regen +100hp/turn)

is multiplayer still possible in 2.7?

jwfoo555 said:
is multiplayer still possible in 2.7?
Click to expand...

Not really for the moment, It is not stable.
T

jwfoo555 said:
is multiplayer still possible in 2.7?
Click to expand...

It's completely possible via Hotseat, you just need to be playing together in the same room (we use a TV with Bluetooth keyboards and mice), or you can use giant multi-player robot (a service that allows you to play Hotseat remotely, the save file is just sent around to each player in turn.)